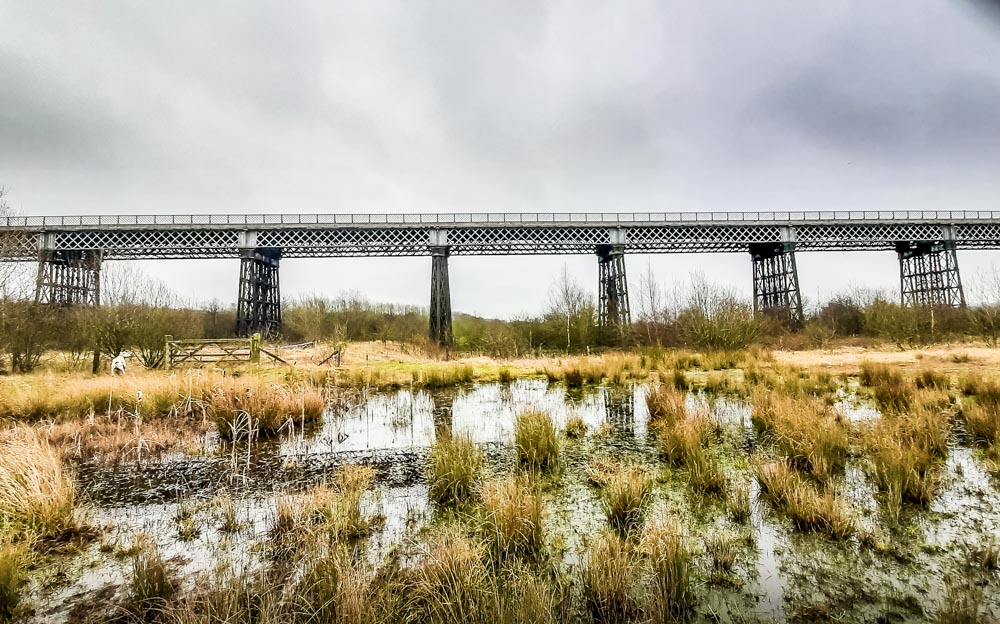 Bennerley Viaduct built between May 1876 and November 1877 spans the Erewash Valley, a Grade ll listed structure. The viaduct is 442 metres in length (1452ft) and has a height of 18.5 metres (60ft 10inches) above the river Erewash to the rails.

There are plans to restore this stunning piece of railway history to incorporate decking and walkways that would then link to existing public footpaths and access points in the area, some work has already begun.

Our walk was a random one, indecisive about where to walk the dogs until a spark of inspiration. On cycle rides the Bennerley viaduct had been in view a couple of times from the Nottingham canal tow path while my husband and eldest son had been riding to Matlock in Derbyshire and while on a bike ride with our daughter.

It was the first time I’d had an opportunity to visit this part of the Erewash valley, so for me it was inspiring and I’m so glad we happened to be in the area. I like old historic ironwork and architecture, rugged and inspiring places.

The weather was quite atmospheric too which added to the feel and ruggedness of this place.

Bennerley viaduct survived miraculously from air attacks in 1916. On January 31st, 1916 nine Zepplin airships of the German Airship Naval Division executed an air raid over the Midlands area, known as the Great Midlands Raid. One of the airships taking part in the raid, the L.20 (LZ 59) based at Tondern in Schleswig (now part of Denmark) and commanded by Kapitänleutnant Stabbert, Conducted the raid on the area around the Bennerley viaduct and in doing so dropped 7 explosive bombs into the surrounding area but the viaduct remained undamaged by the attack.

One bomb fell to the North of the viaduct at Bennerley Junction damaging the Midland line and later dropped another 15 bombs on the Stanton Iron Works also damaging a railway bridge across the Nutbrook Canal.

Most railway viaducts at the time were of brick construction but the foundations of the Bennerley viaduct would be subject to subsidence caused by mining, and so the viaduct had to be of wrought iron construction which was designed by Richard Johnson (Chief Civil Engineer of the GNR); Samuel Abbott was the resident engineer.

It was this method of construction that ultimately saved the viaduct from demolition when it was decommissioned, when the demolition companies put their estimates in for demolishing the viaduct, the cost was said to be too high.

The wrought iron could not be cut by oxy-acetylene torch but would have to be taken apart, rivet by rivet. I think it’s wonderful to be able to experience this remarkable structure and some day be able to walk or cycle the length of it when the restoration has been completed.

This is a rare example of a railway viaduct built in this style, others have long since been taken down.

The Bennerley ironworks were to the north of the viaduct and when this was eventually demolished, a British Coal distribution depot served by sidings from the former Midland Railway line took over the site. This has also now been demolished but signs of it still remain.

The renovation of the viaduct is now full steam ahead, with full funding in place, with the help of campaigning and volunteering by The Friends of Bennerley Viaduct and funds from the Heritage Lottery Fund, planning applications have now been put into Erewash and Broxtowe borough councils. 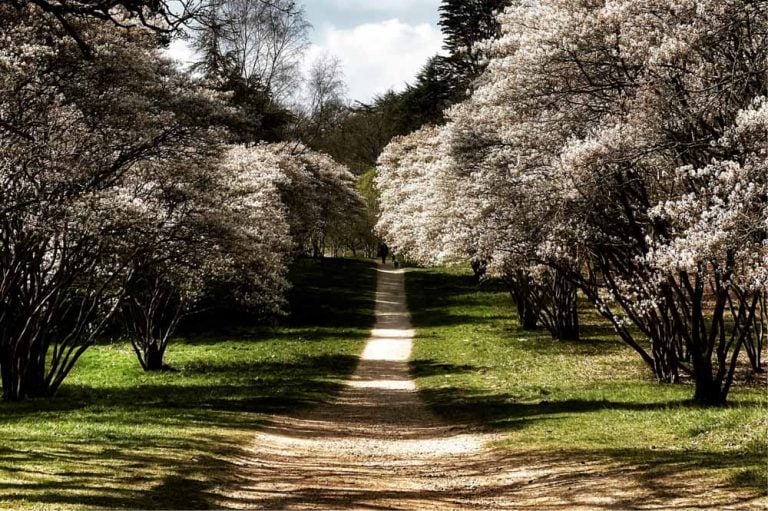 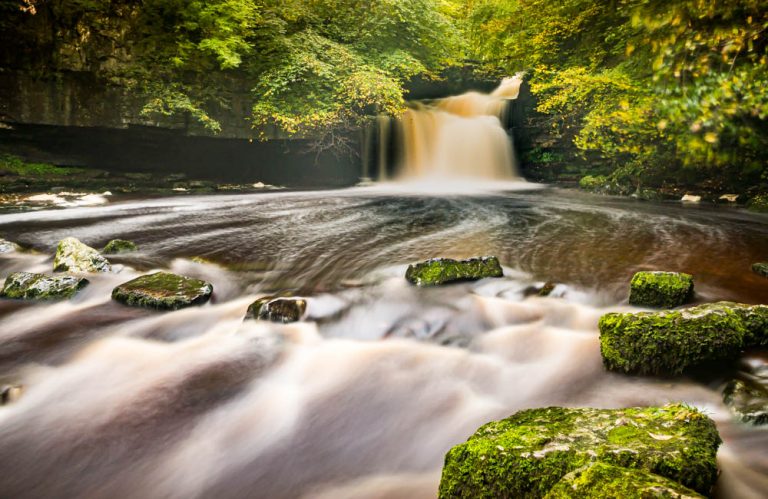 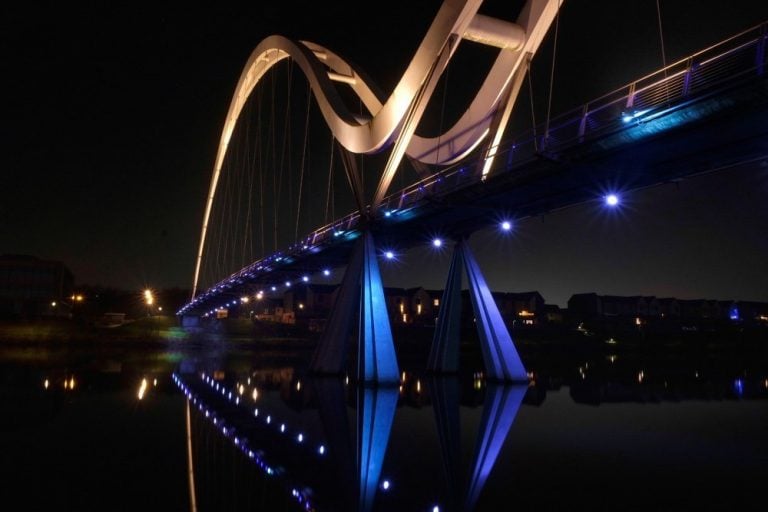 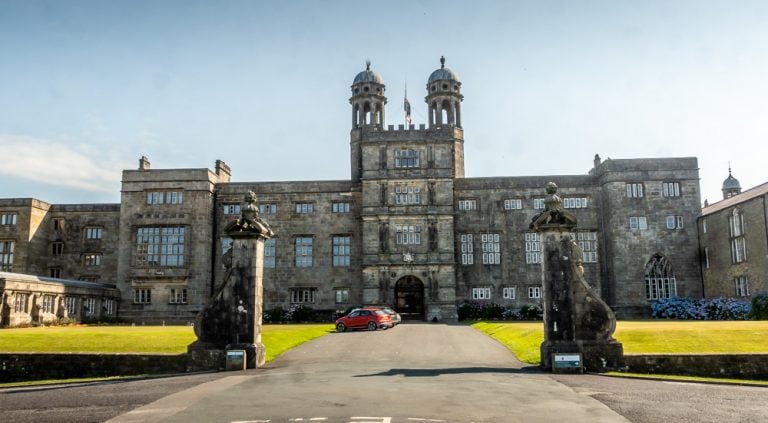 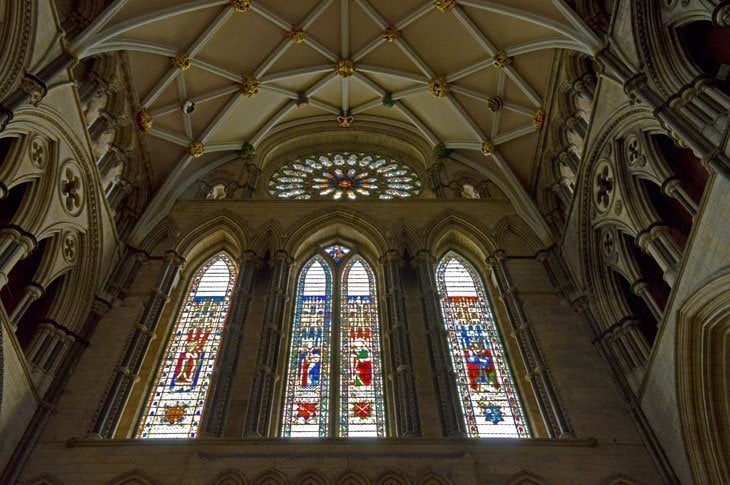 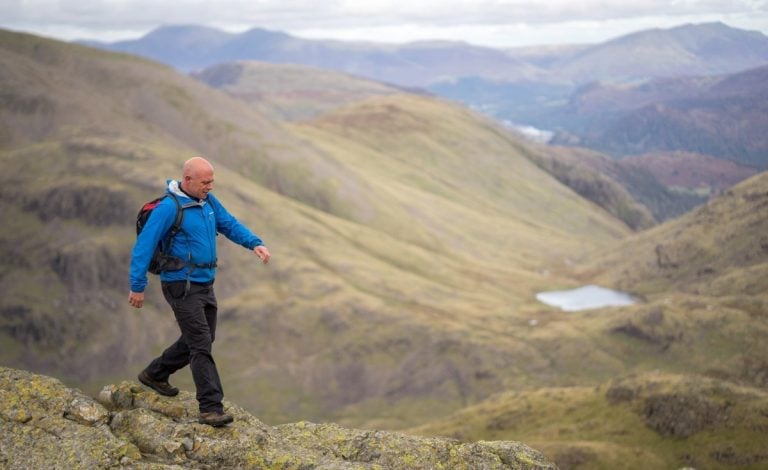