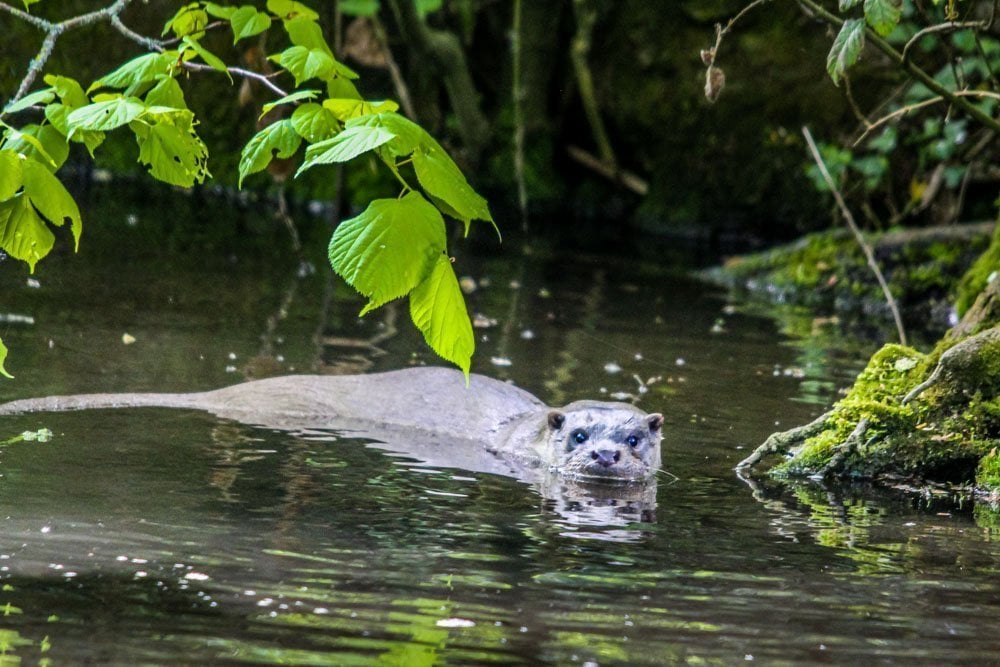 I’m not sure exactly when my obsession with otters began but it was emphasised by my time working at a local wildlife organisation, I know that much for sure!

Otters are one of those species that you often see at wildlife parks or Sealife Centres but how often do you get to see the UK’s native otter, the European otter? It tends to be their Asian counterparts that you see at these centres.

My previous job used to take me to several places that were regular sighting spots for otters, particularly on the lakes of Lower Moor nature reserve on the Wiltshire/Gloucestershire border. As part of my job, and often for pleasure too I’d visit the reserve and hang out by some of the hides hoping and waiting for a sighting but to no avail, these elusive creatures didn’t want me to spot them! I’d quite often hear stories from colleagues, or members of the public about their own otter encounters. If it wasn’t for the photographic evidence they showed me I’d continue to believe that they are mythical creatures like unicorns! 😊

There was also often other evidence that otters existed in the form of spraint, their fishy-smelling poo! Although again, I hadn’t knowingly come across this either.

I often thought the reason I didn’t see them was because they are pretty nocturnal, often choosing to be out of their holts (nests) at dawn and dusk but that wasn’t always the case, quite often people would say they’d seen them in the middle of the day. It really was just luck then!

Moving to Hampshire last year I’d seen that otters could sometimes be found at Rooksbury Mill local nature reserve in Andover and also along the River Anton and Test respectively. A friend had told me about some of his stories of his otter sightings locally and I spent many a walk venturing around Andover’s lakes in the hope of seeing one as well.

My luck changed randomly on Christmas Eve last year. Walking into Andover town centre along a small stretch of the river behind a retail outlet my partner and I stopped to look at what we thought was a large brown trout in the water. It was only when it moved and we saw a its pink pad of its paw that we realised what we were witnessing! Christmas had come early for me as I watched the otter climb up onto the river bank and dart into the vegetation. Of course I didn’t have my proper camera with me then but I did manage to capture a short video of the otter in action and a few blurry photos.

Ever since that moment, my luck with otters seemed to change. I have had more sightings of them locally and my fascination with these creatures has deepened. I even managed to capture a few more moments with the otters on my ‘proper’ camera.

It is good to see that numbers of otter are now beginning to increase across the UK after conservation efforts and the reduction in pesticides that had adverse effects on the water system. Otter numbers were hugely in decline over previous decades due to water pollution and other factors affecting their habitat and the food that they eat. Otters are now protected in the UK under the Wildlife and Countryside Act but unfortunately are still listed as Near Threatened on the global IUCN Red List of Threatened Species.

If you’d like to help with conservation efforts to help otters and other native species it’s often worth looking at what your local Wildlife Trust or conservation organisation does around where you live. Often you can get involved with volunteering tasks to restore habitats or even to do things as simple as litter picks. I like to volunteer locally when I can to help do my bit not just for otters but for other native species.