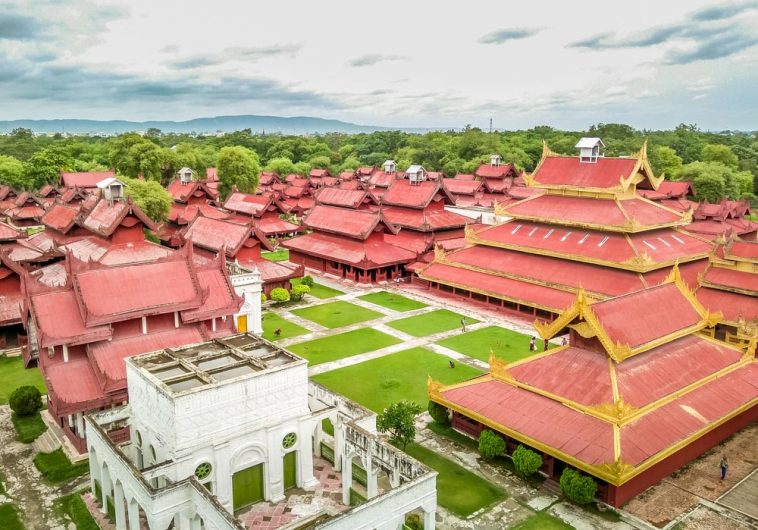 Myanmar, a distant country filled with mystic and wonder. A country I have always wanted to visit and experience a glimpse of its people’s culture and traditions. In June 2018 I was lucky enough to find the opportunity and spare time to visit this beautiful place. 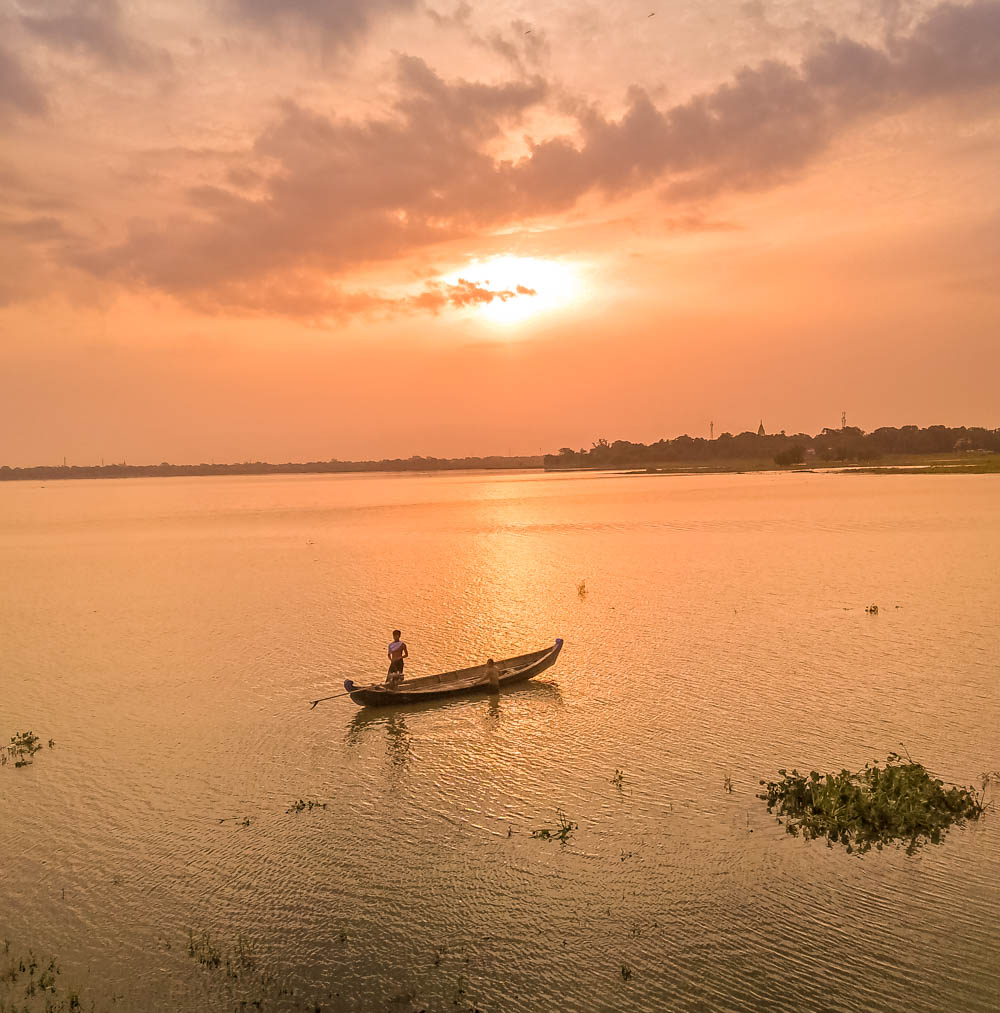 We began our trip in the city of Mandalay, the second largest city and last royal capital of Myanmar, arriving by plane we took a 45-minute bus ride to our desired hotel. Shortly after dropping off our backpacks we rented a motorbike and set about exploring, wasting no time! 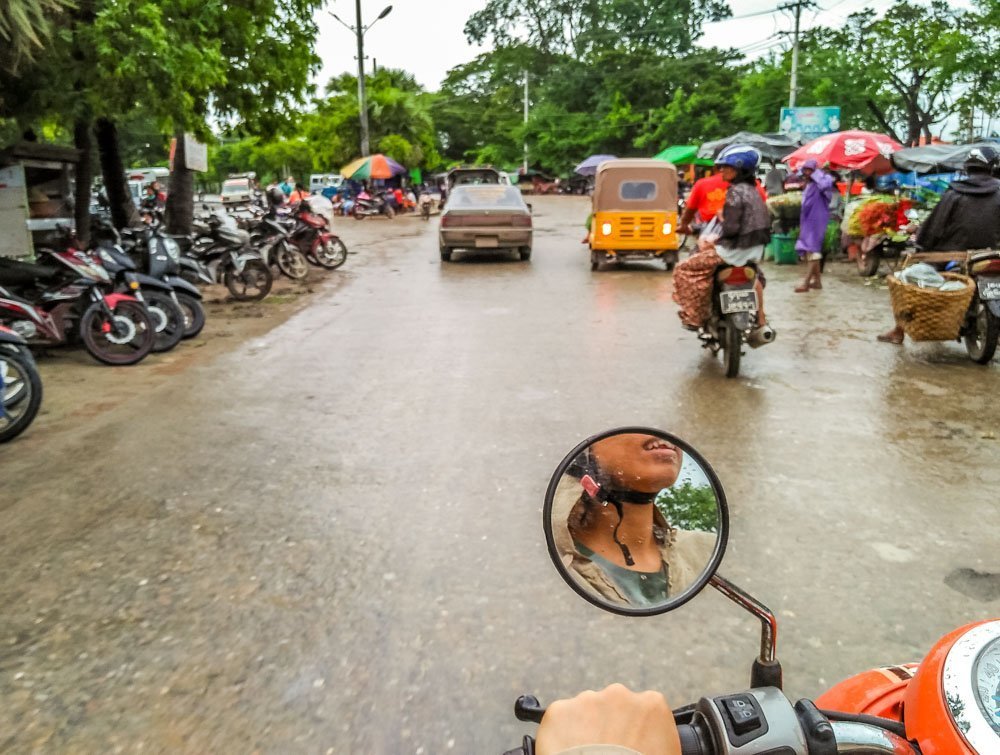 Riding a motorbike around Mandalay is both an exciting and adrenaline filled experience, as you might imagine while trying to negotiate the busy traffic of people going about their daily routines. This is a great way to see the city, with no particular destinations in mind, just picking a direction and seeing what we might find. 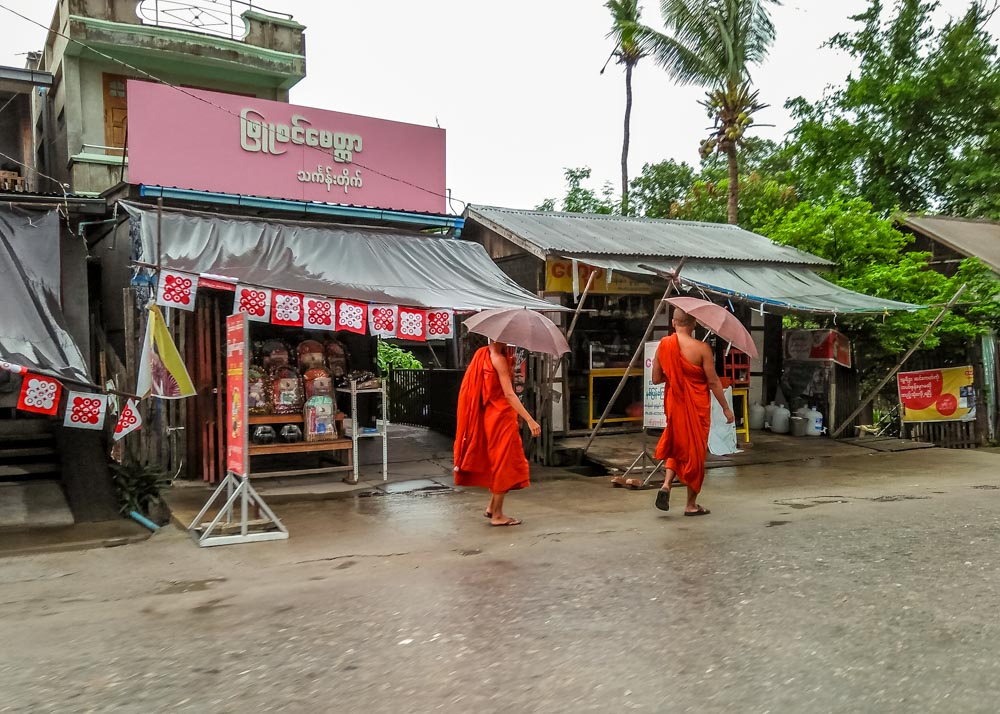 Taking in the sites of the beautiful Irrawaddy river which flows past Mandalay, Myanmar’s largest and most important water way flowing a length of 2,210km from the North to the South of the country. Watching Monks going about their daily business, horse and carts trotting along, bustling market places, scented flower stalls and dirt roads. 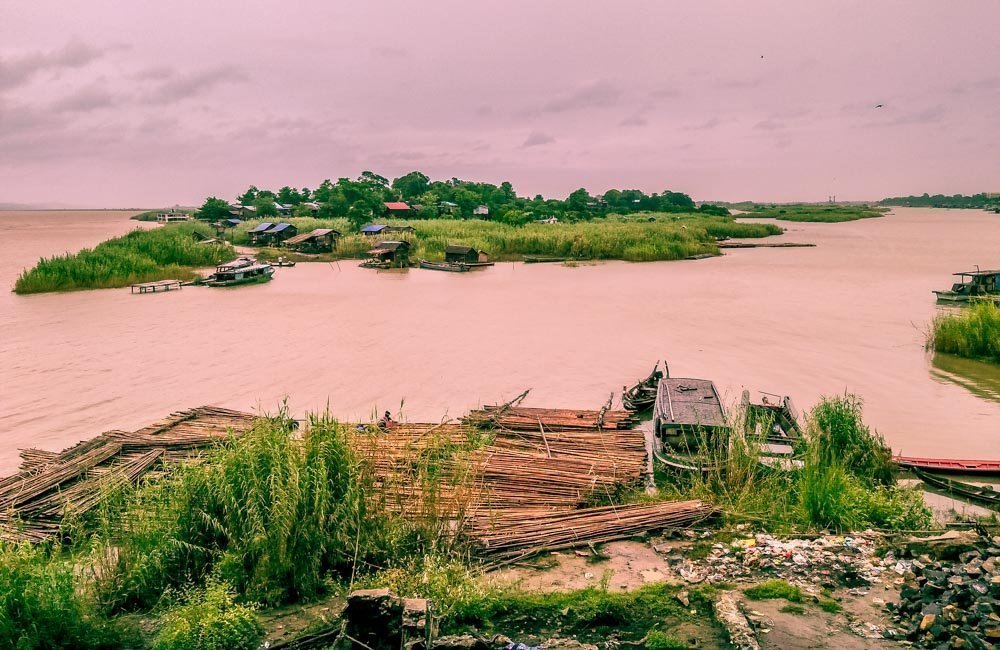 After a few hours of exploring we were ready to try some local cuisine, we found a small restaurant called the Pan Cherry Noodle House & Café. We chose the Burmese style fried tofu and Burmese style tomato salad with some hot tea all of which was mouth-wateringly delicious, I would recommend anyone who visits Mandalay to check out this place. 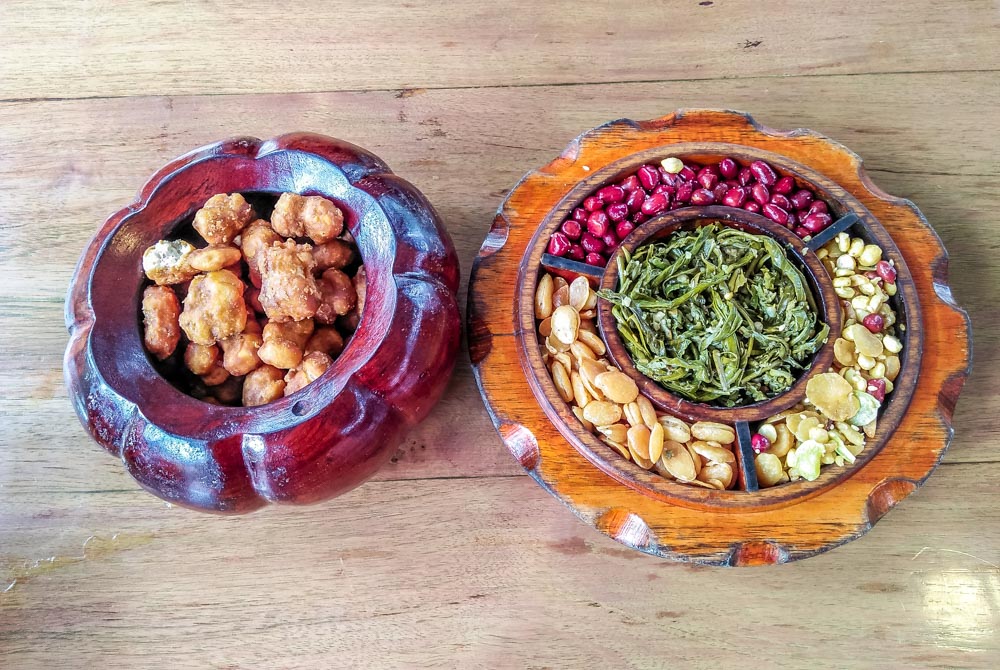 The next day we had a few destinations in mind after a little internet research. Our first stop was to watch the sunrise at the U Bein Bridge, the oldest Teak bridge in the world constructed in 1851. The bridge did not disappoint with its beautiful construction, spanning 1.3km using materials from the remains of an old royal palace! 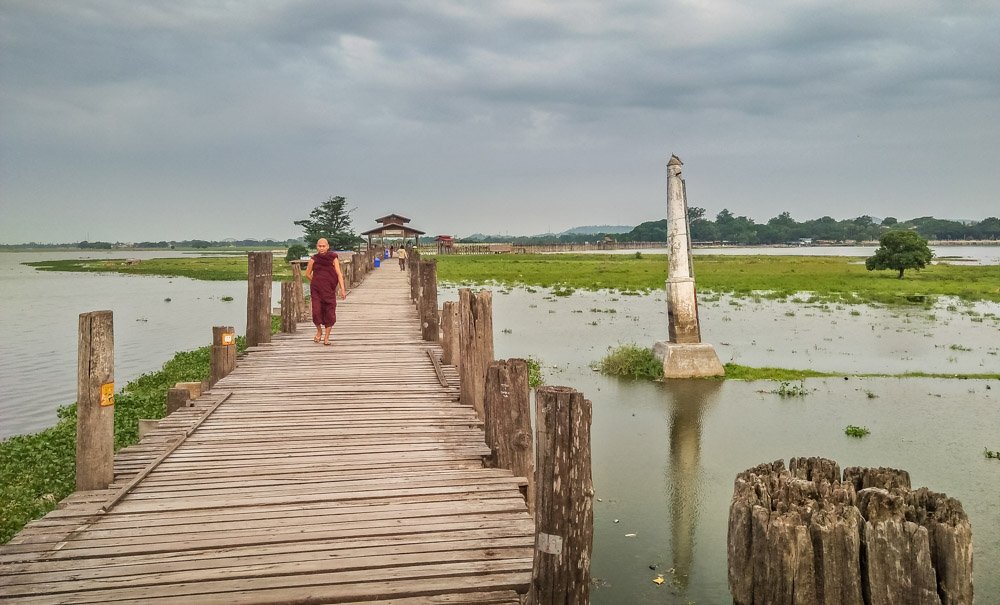 The morning air was still and calming, the bridge was quiet with a few people crossing and exercising, men could be seen on small fishing boats checking their nets before the hot sun of the day took hold. After walking along the bridge we were finally greeted by a beautiful sunrise while I spent some time conversing with a local who wanted to practice his English. 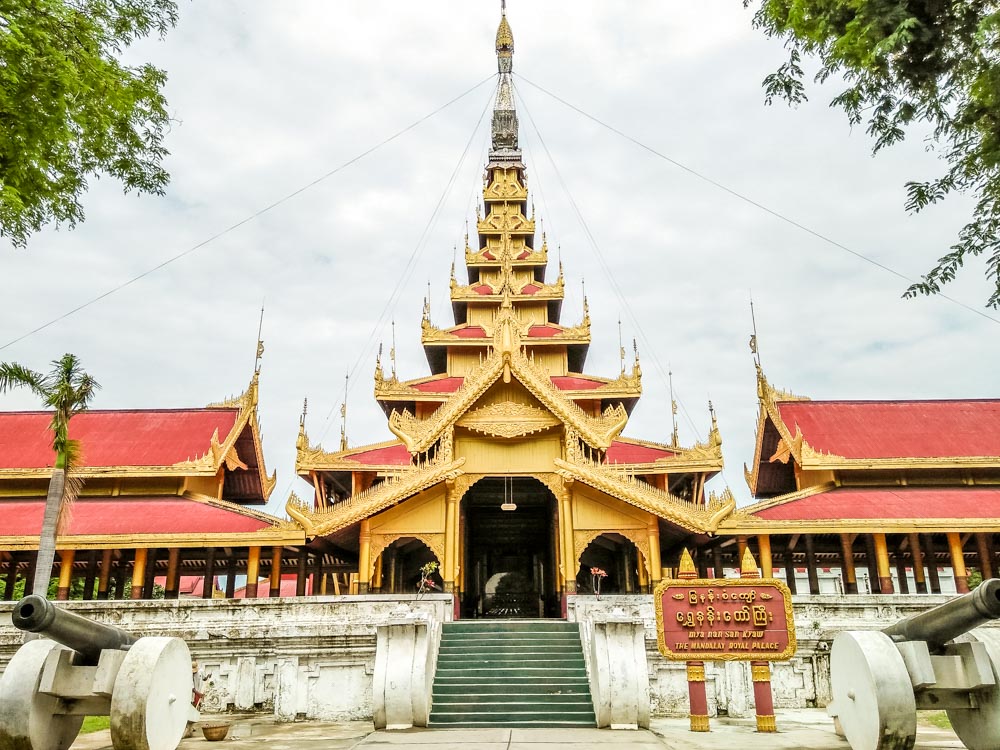 Our next destination was Mandalay Palace, constructed between 1857-1859 by King Mindon as a part of the founding the Royal Capital of Myanmar. All buildings follow a traditional Burmese palace design and are one story tall with the number of roof top spires dictating the importance of each particular building. Tourists can only enter through one gate (on foot) and must purchase an entry ticket costing 10000 Kyat per person. 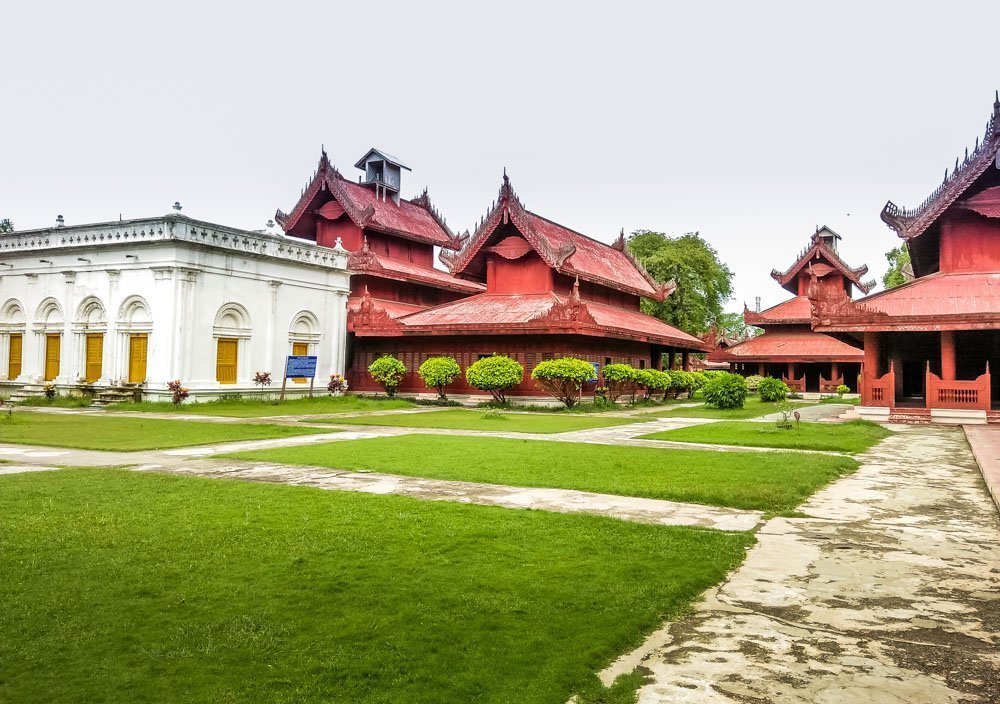 Wandering through the complex was a special experience, witnessing the attractive architecture from all angles, the beautiful colours and statues used for decoration and the feeling of the old wooden planks under foot. It felt important to take in the peace and tranquillity that the palace offered and just relax. I would recommend climbing the tower for a great aerial view of palace complex and surrounding city. 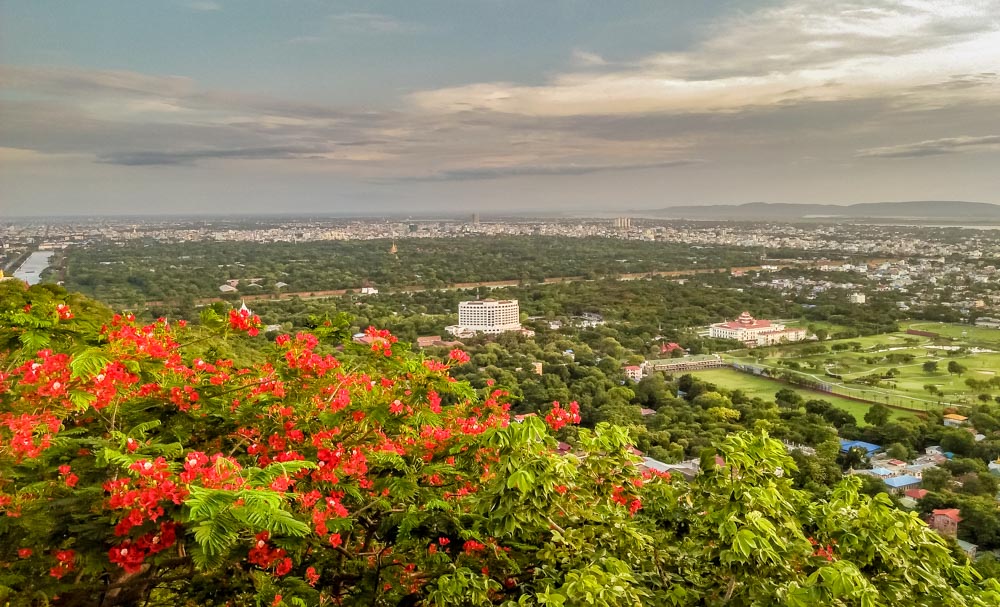 After a break at a coffee shop to recover from the heat of the day we decided to visit Mandalay Hill for the sunset. Mandalay Hill is located towards the northeast of the city on the top of a hill reaching 240 meters in height. The location has been a popular pilgrimage site for many Buddhist Monks for over two centuries possessing multiple pagodas and monasteries and offers a chance to view the entire city of Mandalay with the bonus of a beautiful sunset! 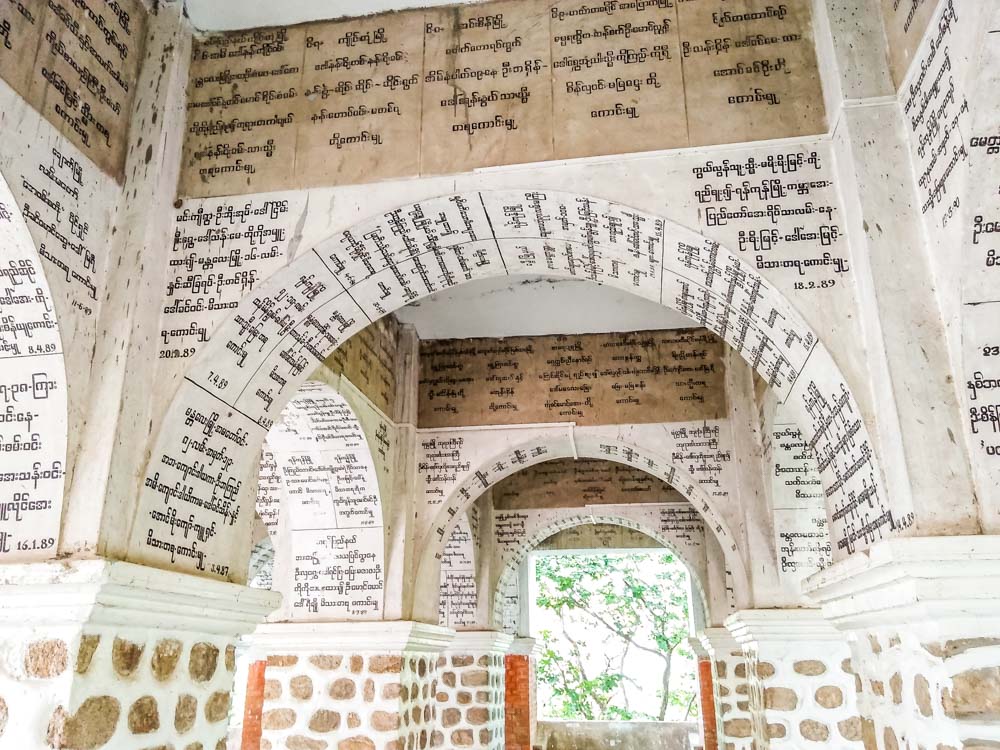 However, in order to reach the summit one must negotiate 1700 or so steps, great for a little evening exercise (p.s. there is a road that leads three quarters of the way up for those wanting a more gentle ascent). As we began our climb we were joined by two Monks who hike the steps every evening to both pray and also take the opportunity to practice their 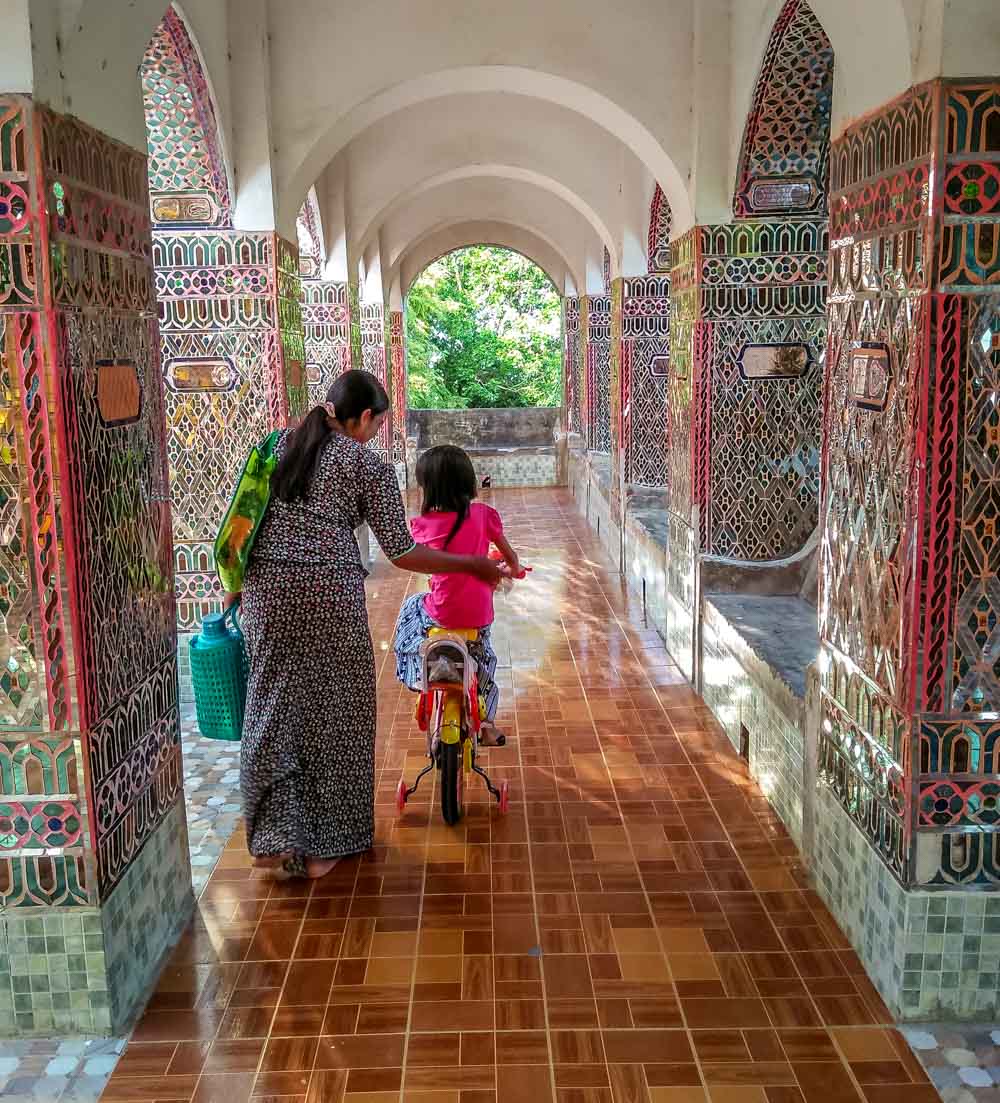 English speaking with visiting tourists. It was great to discuss details regarding the city, their religion, why they became Monks and what their favourite football teams were! We spent the remainder of the evening watching a stunning sunset view of the city and taking in the serenity that the area had to offer. 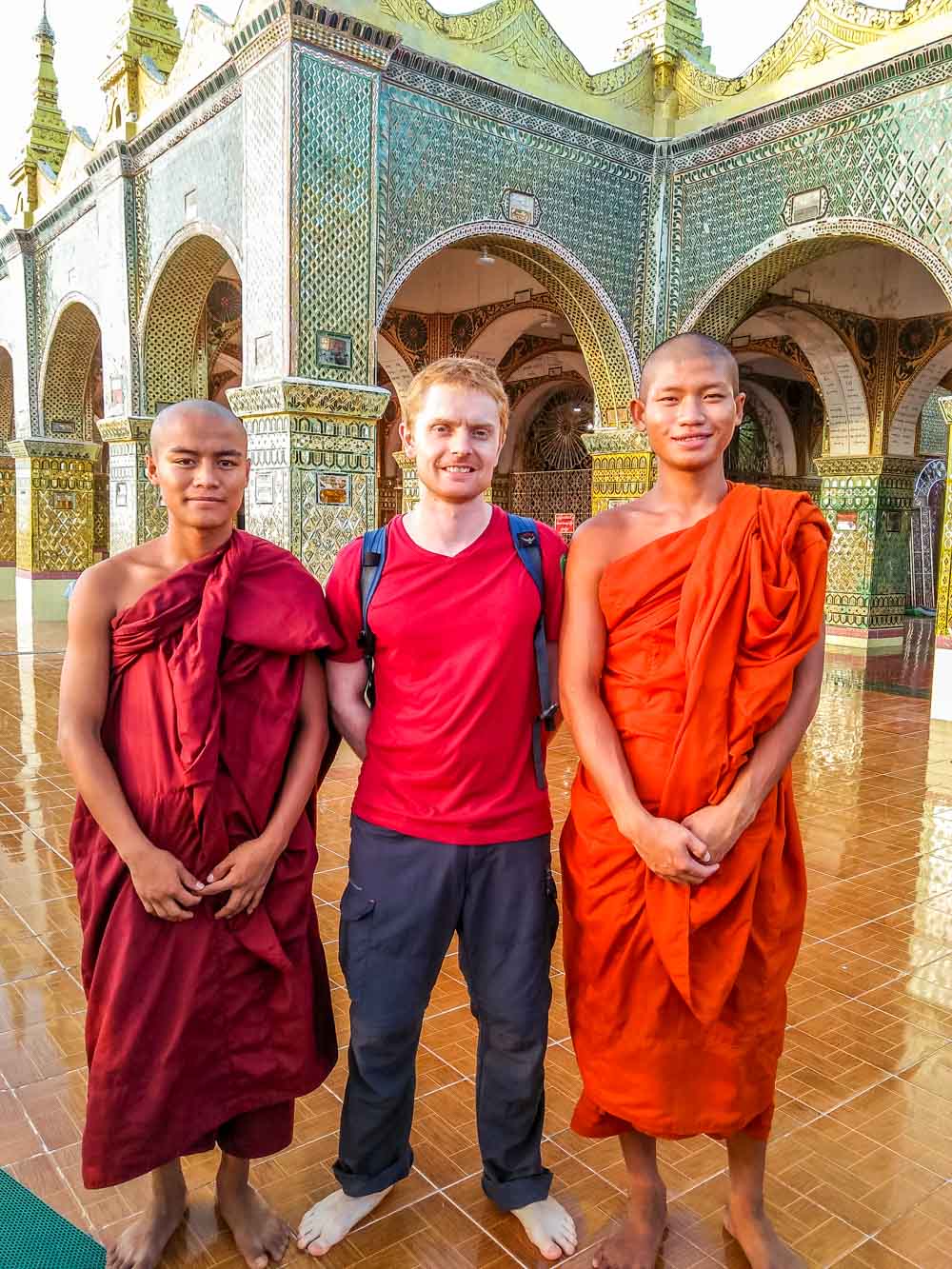 Ending our second day we decided with our limited time frame it was time to move on to the city of Bagan, an ancient city filled with 9th – 13th Century temples and ruins. A bumpy morning’s bus ride away!