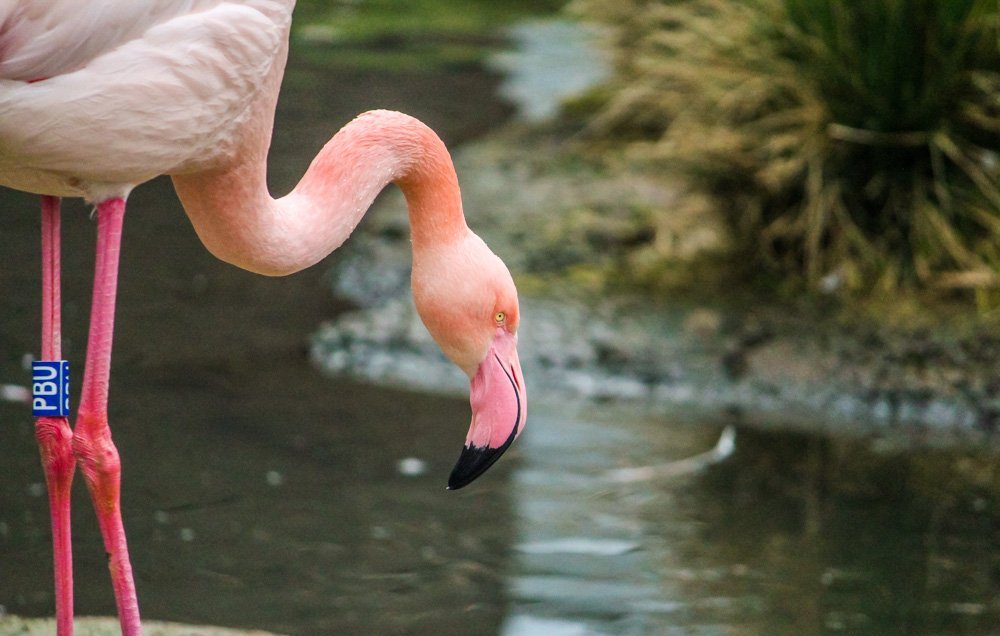 Having a birthday in February is always a bit of a tricky one for what to do. I wanted to bring a bit of colour to the day by heading off to see one of my favourite species of bird, the flamingo. Now I know they aren’t native to the UK (such a pity!) but I’d heard that the Wildfowl and Wetlands Trust centre and HQ at Slimbridge had some flocks. 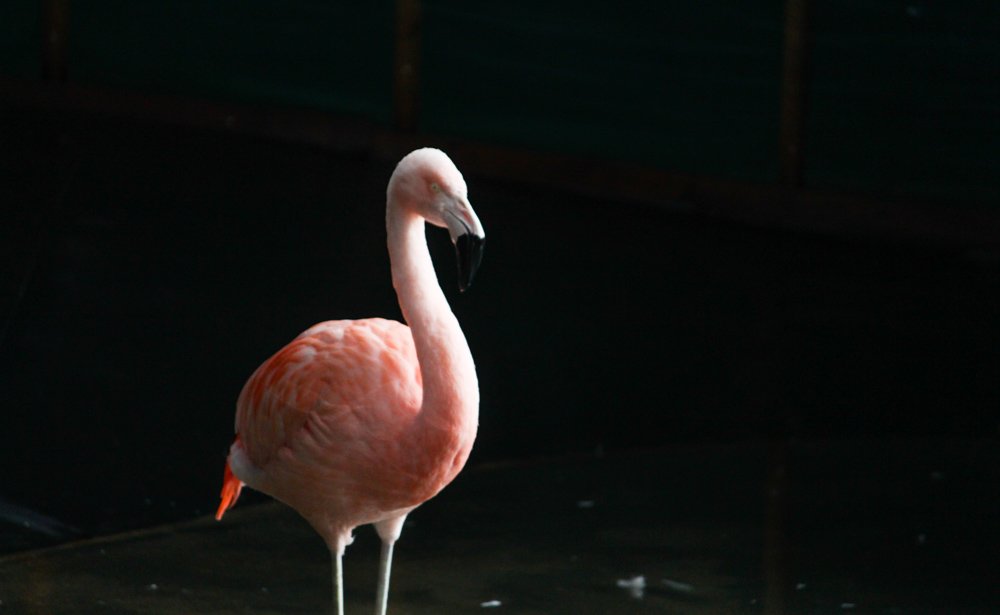 Off we set on a two-hour trek westbound to Slimbridge. I’d visited here years ago in primary school so I was keen to see how it had changed from what I remembered. 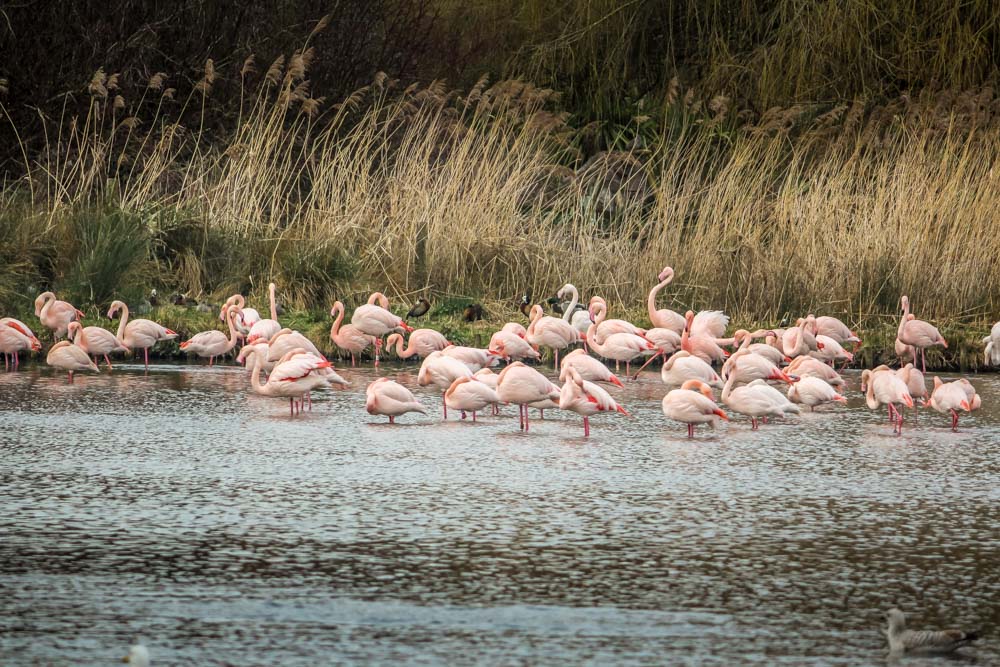 Being half term, it was a busy time to visit but the staff were on hand to give us a map of the site and we began our walk by passing the appropriately named Swan Lake. The lake was home to many mute swans and their now ‘teenage’ cygnets as well as some of the rarer Bewick’s swans (which had travelled to Slimbridge from Siberia). These are smaller than mute swans and have a yellow area at the base of the bill. Here, you may feed the birds with the bird seed that you are able purchase for a small fee from the admissions desk. Tufted duck, mallard duck and various goose species join in with all the shenanigans here and the children seemed to have great fun feeding them. 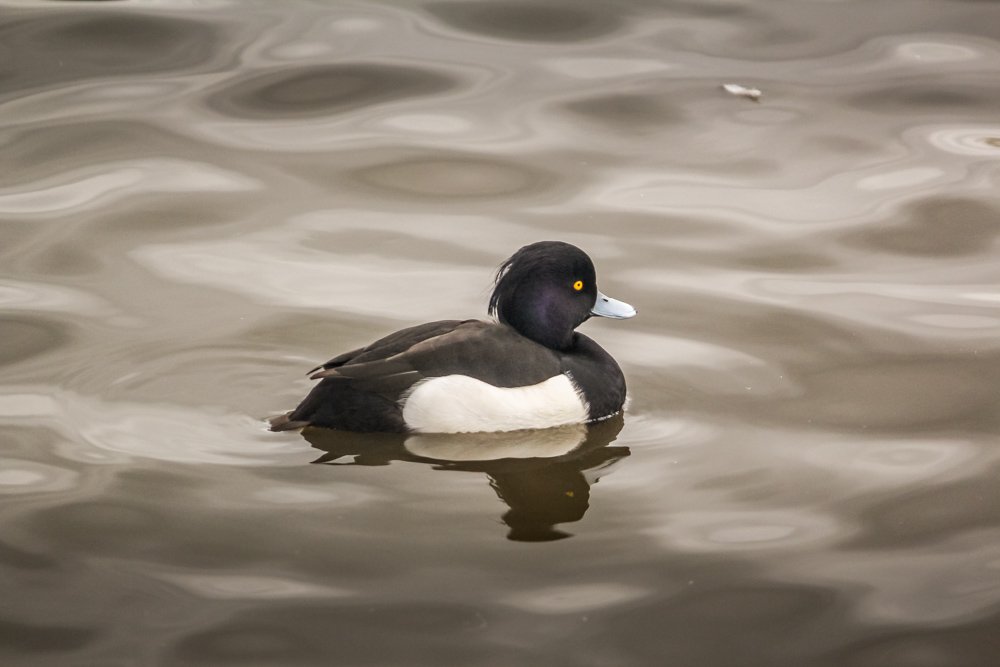 We passed the particularly raucous Welly Boot Land, where there were lots of children jumping in and out of man-made puddles and water features in anticipation of the afternoon’s Puddle Jumping Championships, an event put on for half term and spent time watching the pair of American otters as they enjoyed the frozen worm pie that the keepers had just given them – yummy! 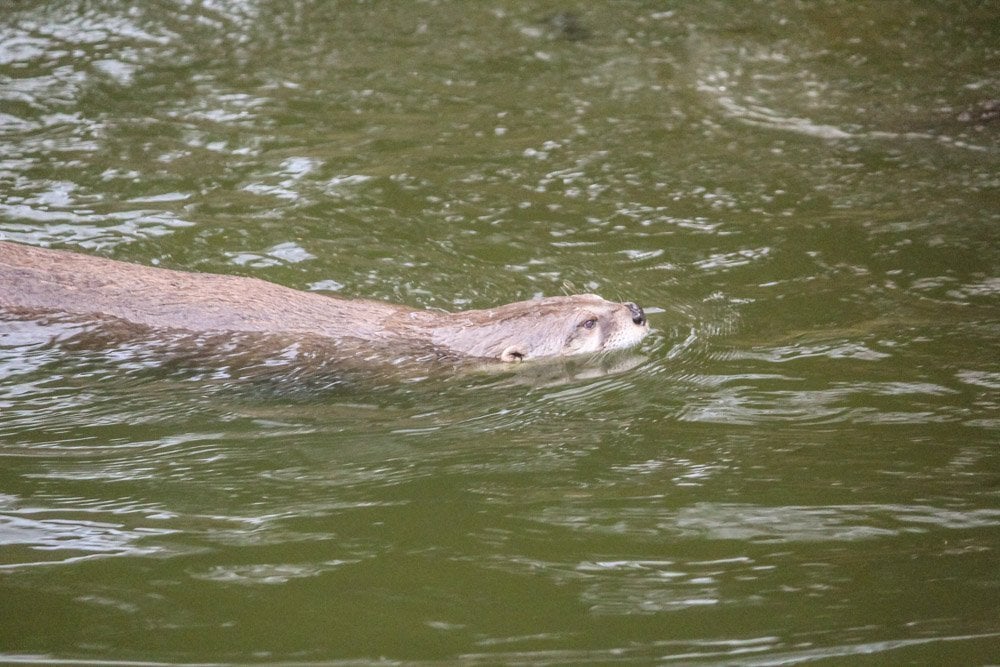 It was fascinating to watch this pair swimming around their enclosure, playing in the water and having a good scratch on a convenient log on the water’s edge although I was a little disappointed that they weren’t our native species of otter. That said, I’m aware that that’s a bit of a contradiction given I was here to visit foreign flamingos!  However, there has been a man-made otter holt put in under one of the hides to help out our threatened native species. 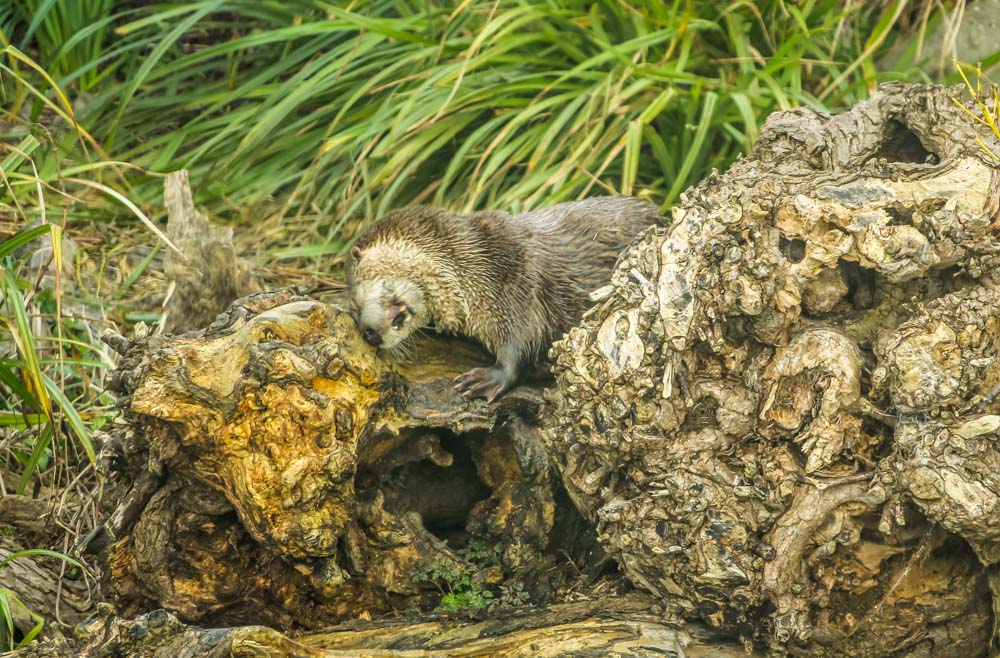 As we headed further into the centre we came across our first flock of my favourite feathered friends. This flock was mainly sheltered from the cold February wind in their large barn. They were still pretty active though and were scurrying around squawking at each other or feeding from the shallow water.  There were some younger birds amongst the flock which hadn’t yet developed all of their pink feathers and were still grey with pink highlights! Pretty nonetheless! 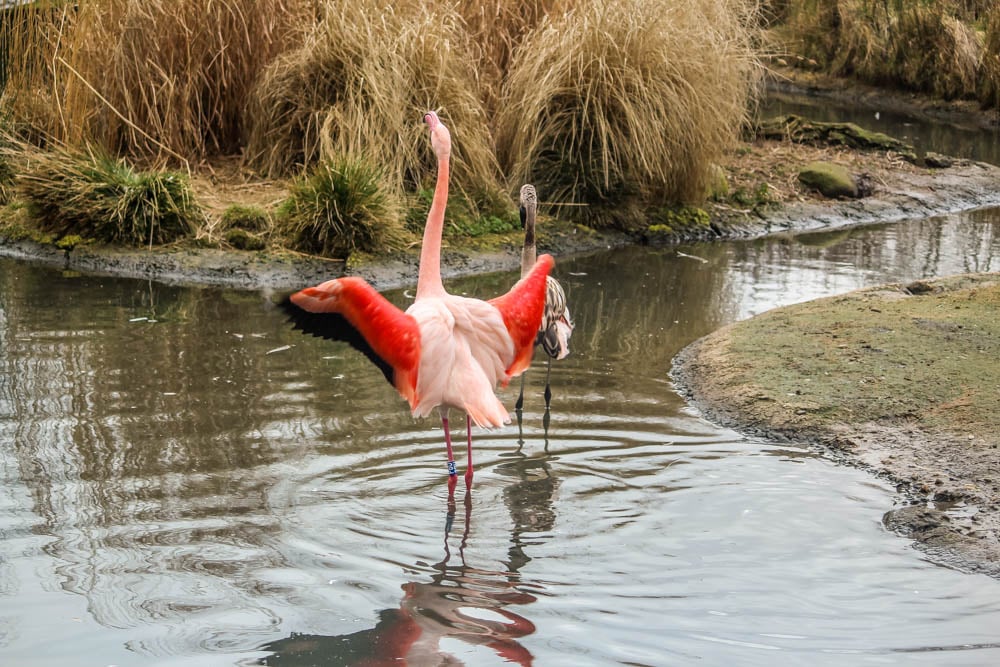 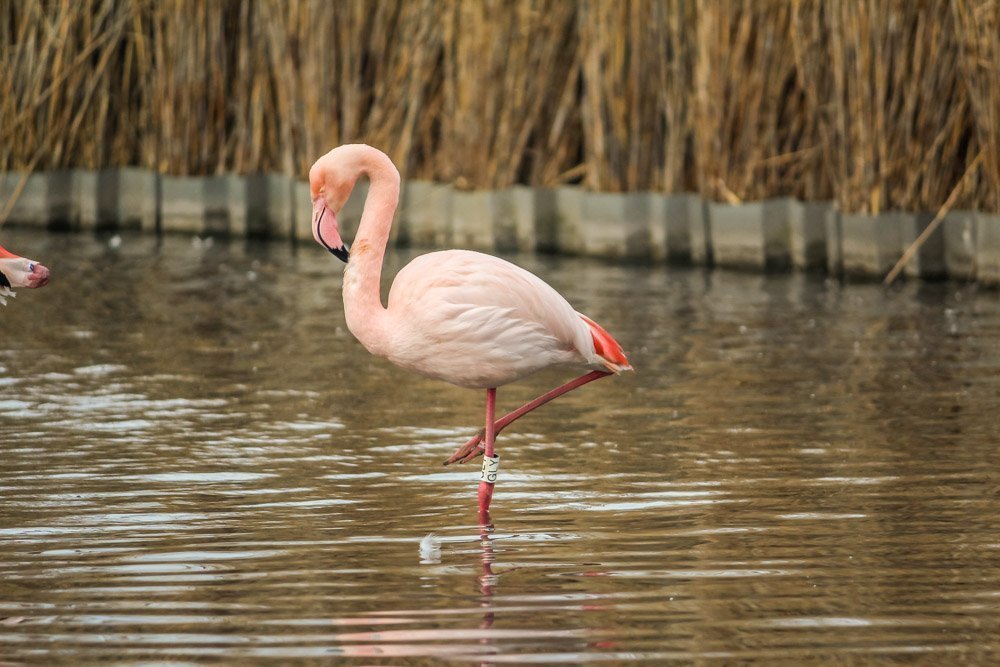 After this, it was time for lunch in the Kingfisher Café. Meals were reasonably priced and portions were good sizes. To top it off though you have a view across to another flamingo flock, this time the brightly coral-coloured flamingos that come from the Caribbean. If only it were a bit warmer, I could have sat outside on one of the benches pretending I was in the Caribbean with them 😊. 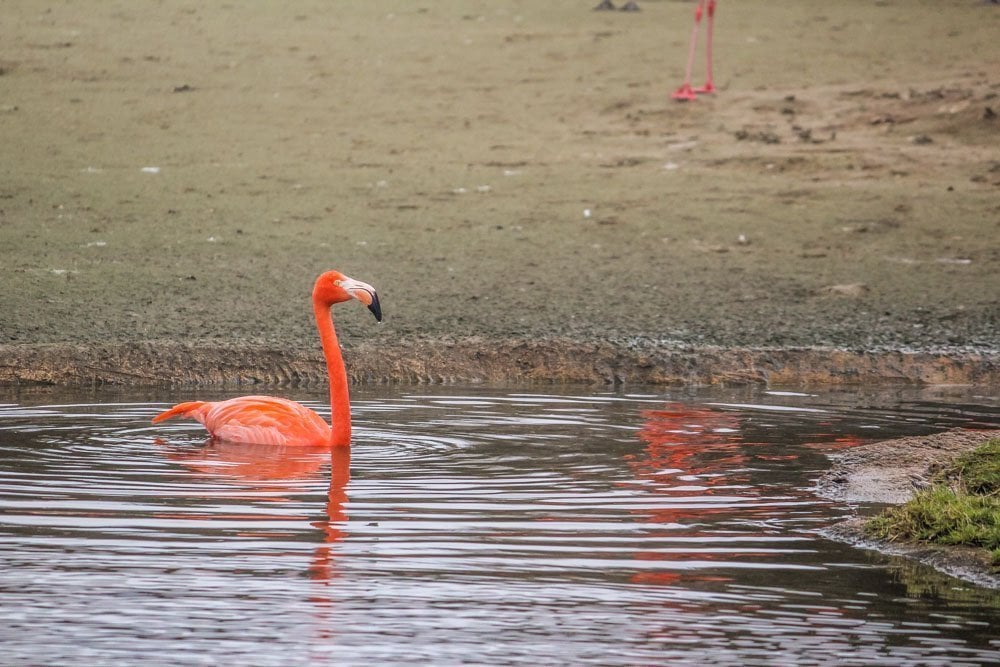 We popped into some of the observation areas and hides that overlook some of the wetland areas and could see several wetland species of bird including lapwing, black headed gull, common shelduck, common teal and both male and female pintail with their pointed tail feathers. The sightings area on Slimbridge’s website has lots of current information on which species people have seen. There were many twitchers about, of all ages, which was nice to see and lots of people with mega big camera lenses that put my telephoto lens to shame, I bet some of the images that people capture here must be amazing! 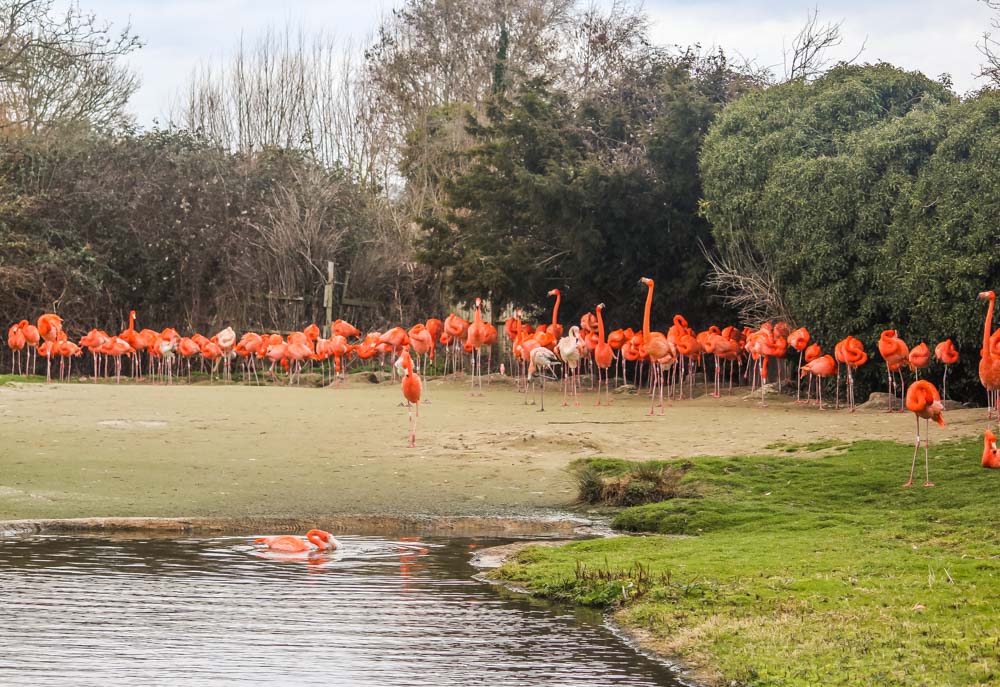 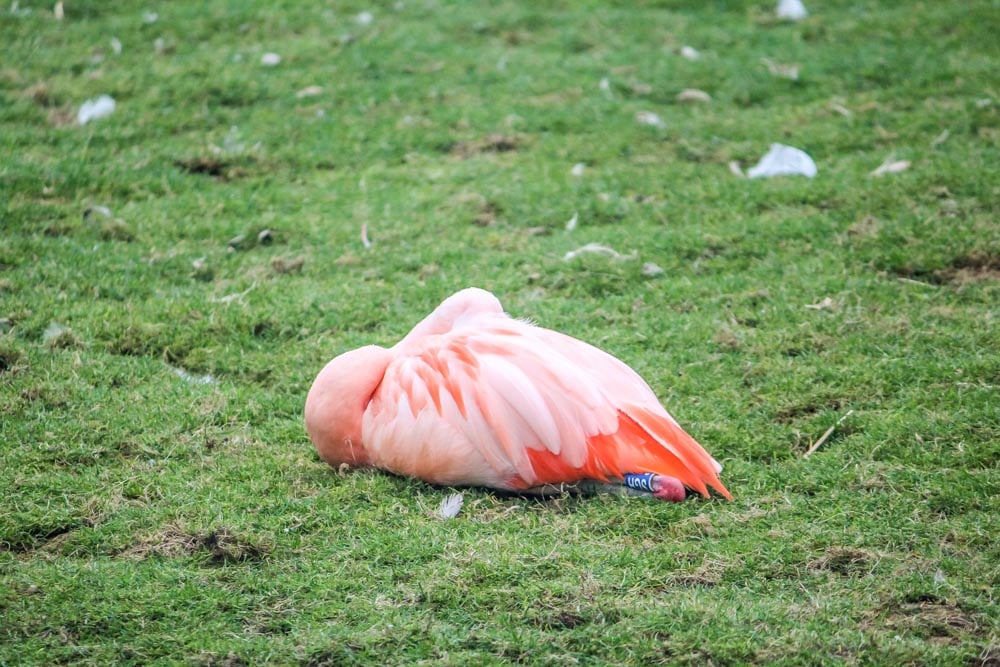 On walking around the site we gleamed bits of information from the signage that was beside each of the ponds or lake areas. There was a variety of wetland birds from across the globe and it was interesting to look at the different traits the birds had, from colourful bills to their size. Our visit could have benefited from the site being a little less busy as I think that possibly hampered what we saw (or didn’t see), particularly in the nature reserve area. 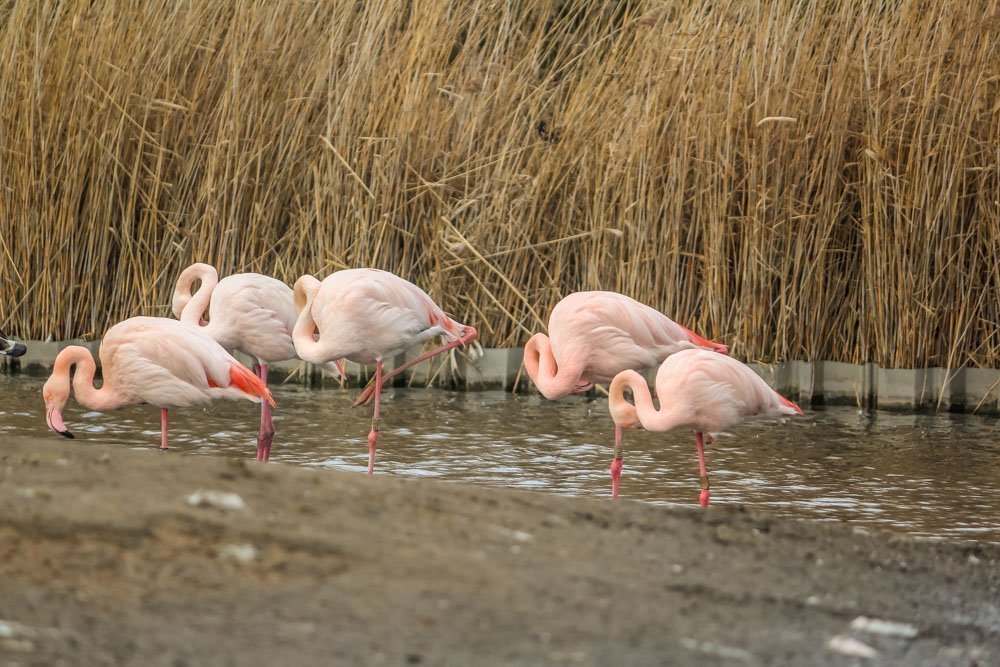 That said, we did travel there knowing it was half term so I only have myself to blame. It was great fun to watch the flamingo flocks, to photograph them and to learn more about their behaviour, where they live and unfortunately, about some of the threats to their habitats.