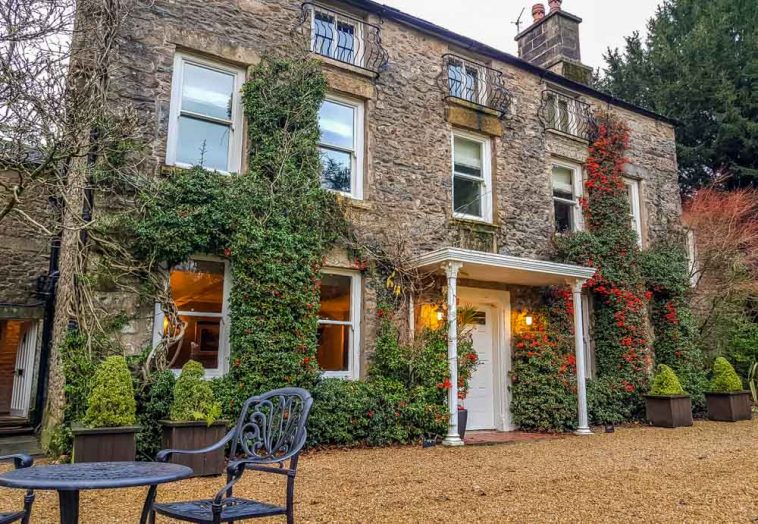 A wonderful December mini break on the border of three counties. Yorkshire, Lancashire and Cumbria.

When we last visited Hipping Hall it was in the heart of the summer. The heat wave at the end of July was in full swing.

A lot can happen in five months. 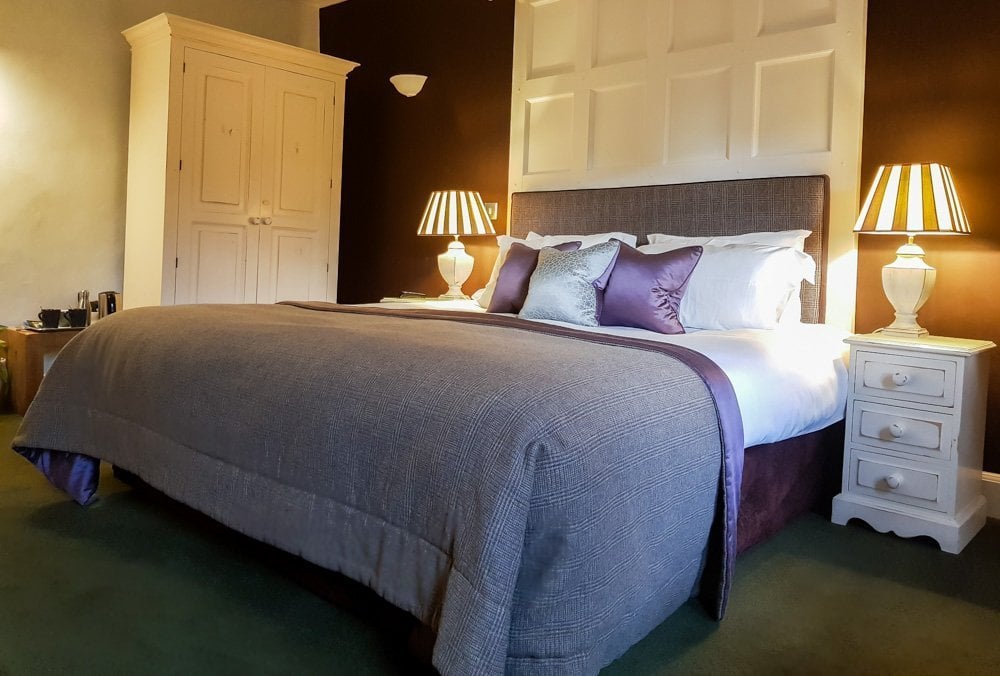 Not least head chef Oli Martin has shot to fame in Masterchef the Professionals.

So it was with great anticipation that we headed up the A65 from Shipley to the border of Yorks and Lancs to our favourite boutique hotel. First things first. Before the food comes the walk.

It’s a gentle hour long dander out the rear of the hotel garden, up through a knotted wood, reminiscent of the dark hedges from Game of Thrones, over a stone stile into the fields. 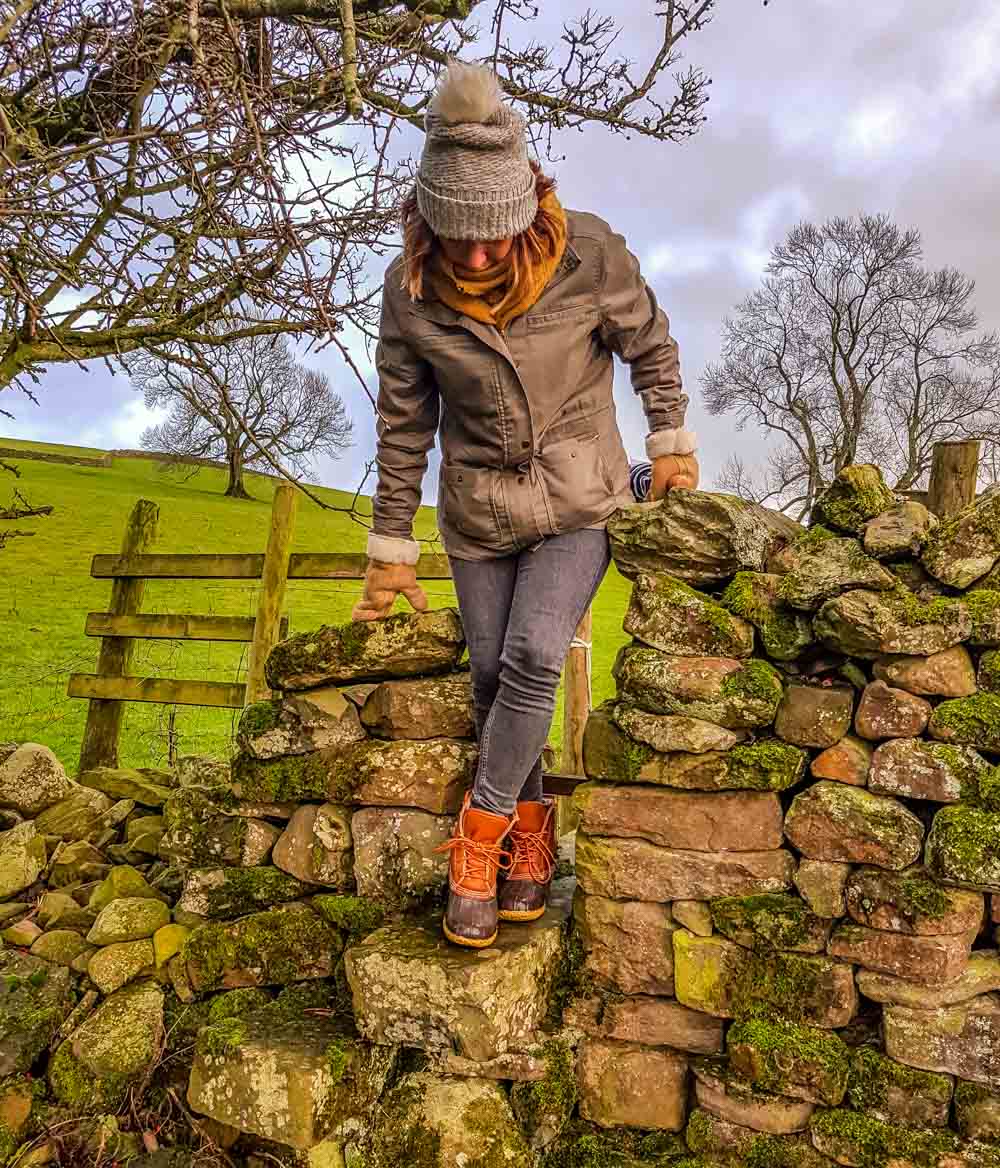 An old barn mid rennovation greets your entrance to the field, soon to be a guest house of sorts I’d imagine, take a left, head for the big tree, then cross the field, more stiles, and a little stone bridge towards the church in Leck. 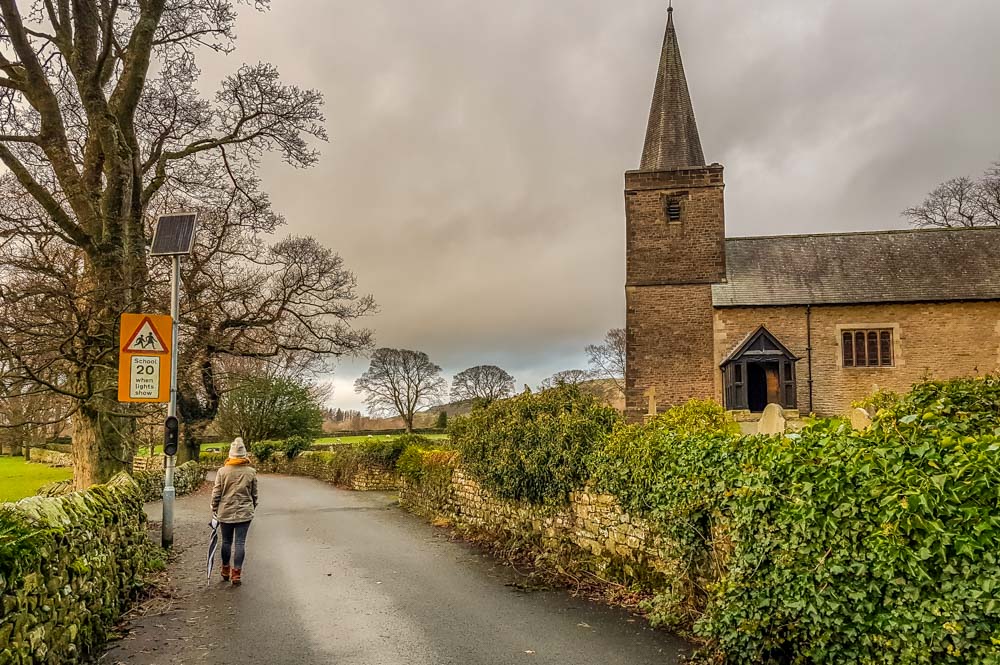 We then headed on the public path through the school playground before taking a right then left along the village road, and back to the path to follow the river towards Cowan and the pick up the A65.

It was the perfect way to stretch the legs and test out our LLBean boots. 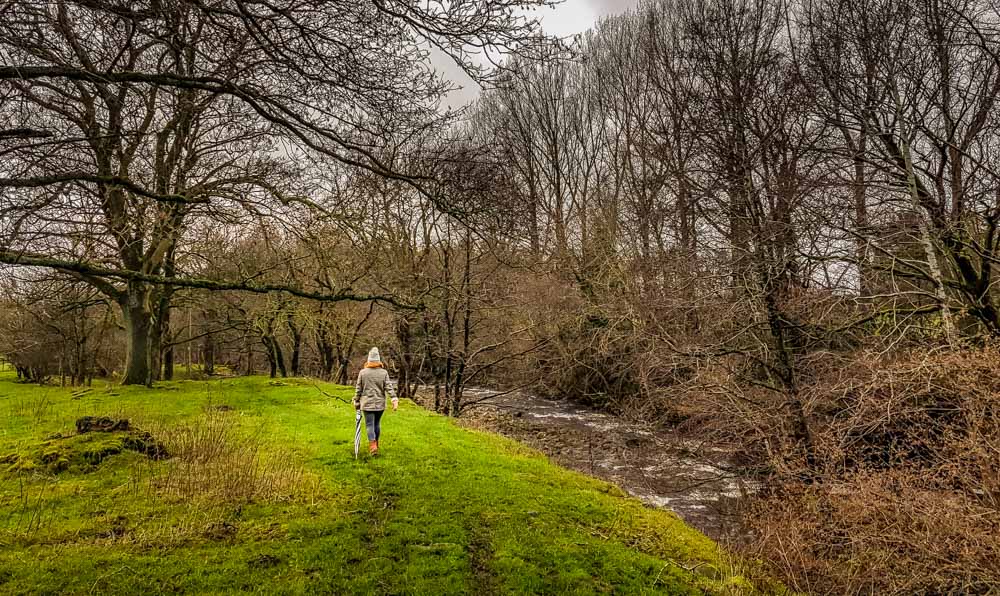 We were back home in time for a mid afternoon beer. 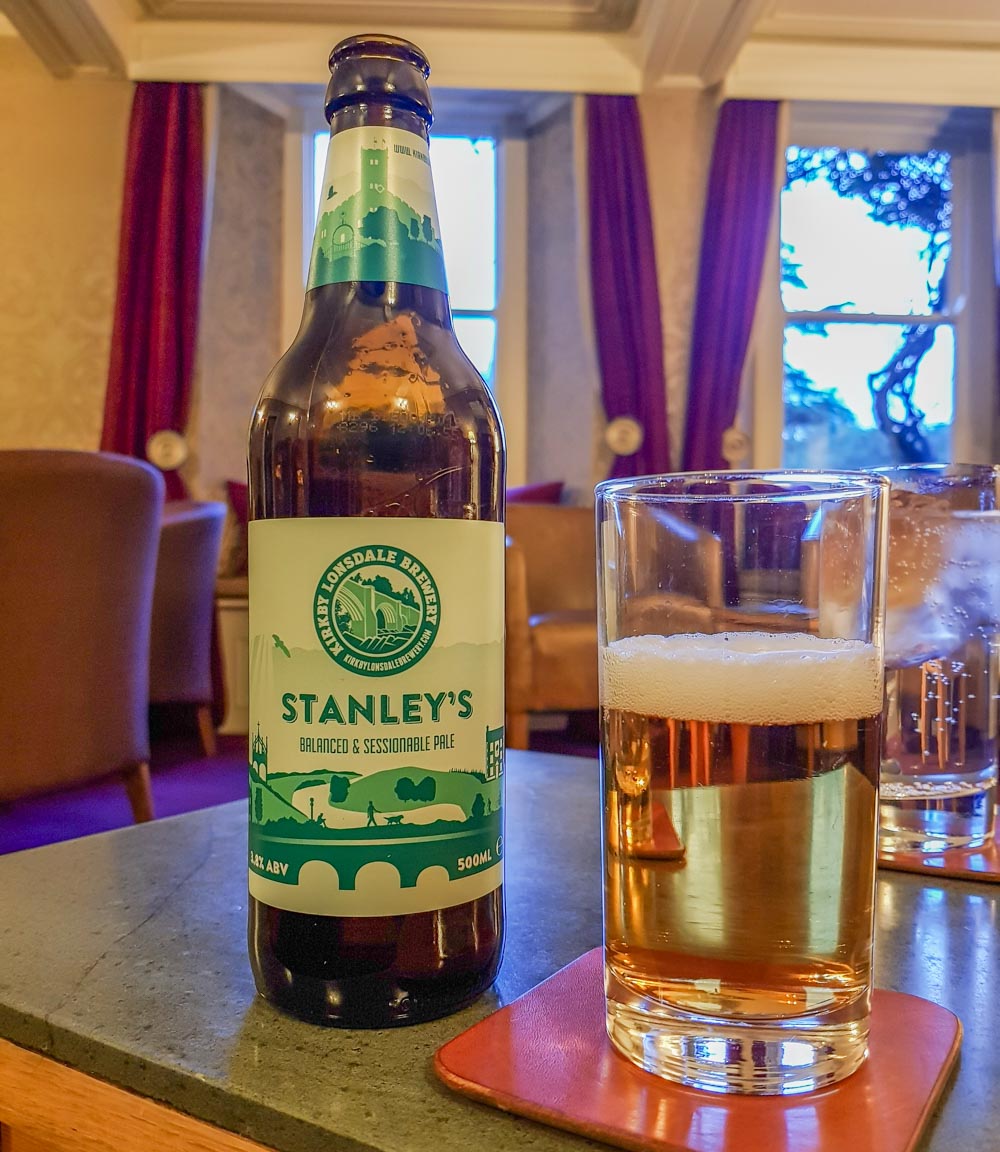 Dinner was an 11 course affair, accompanied by five wines to compliment each shift in style and culinary twist.

The room, an old wooden beamed pitched barn, was brighter than I remembered. Perhaps because so many diners now like to take pictures of each plate of art.

I’m conflicted on this entire topic, as clearly it helped me chronicle each course for you. But I’d also support a blanket ban on the pesky phone over dinner, the lights dimmed for ambience. 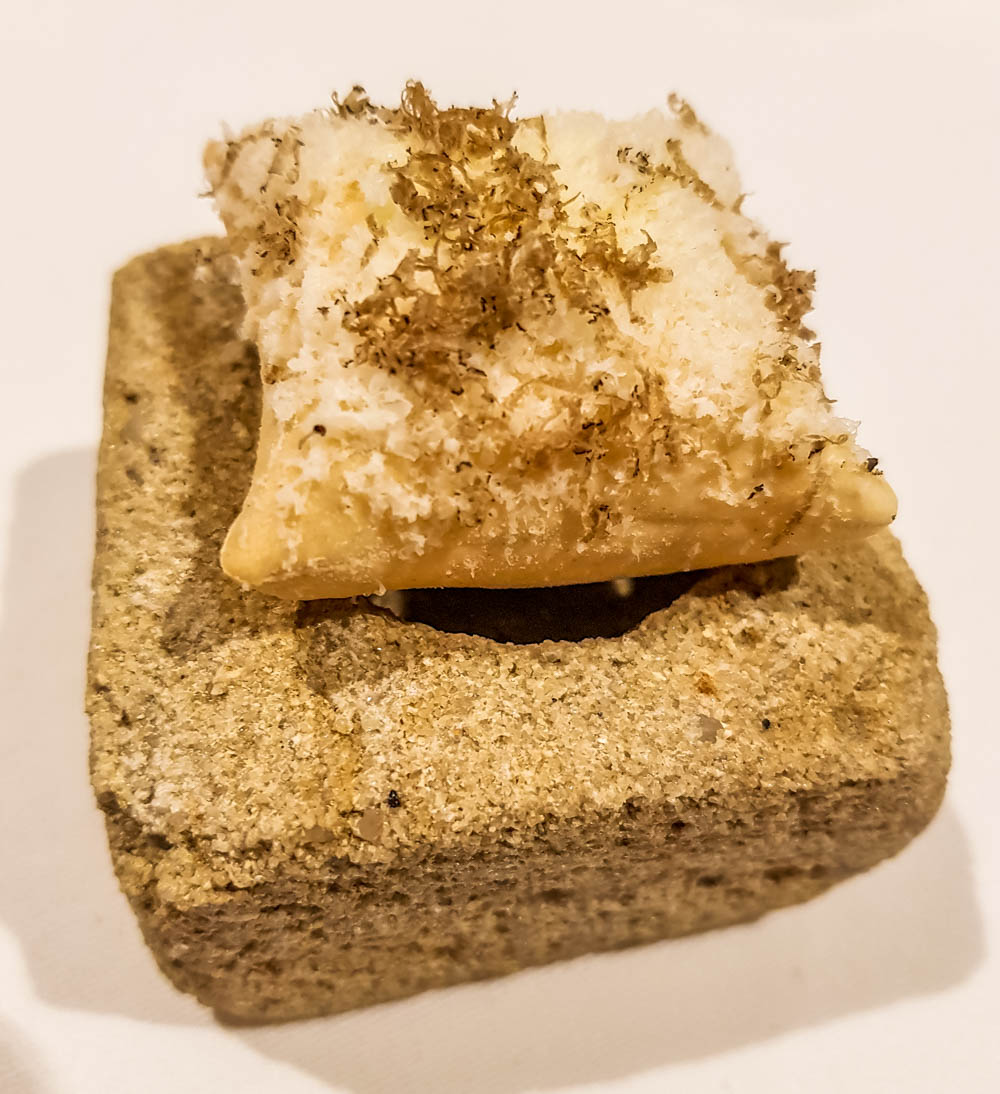 The courses themselves were each presented by the individual chefs. Each one in turn explaining what it was, and happily clarifying ingredients or techniques deployed. 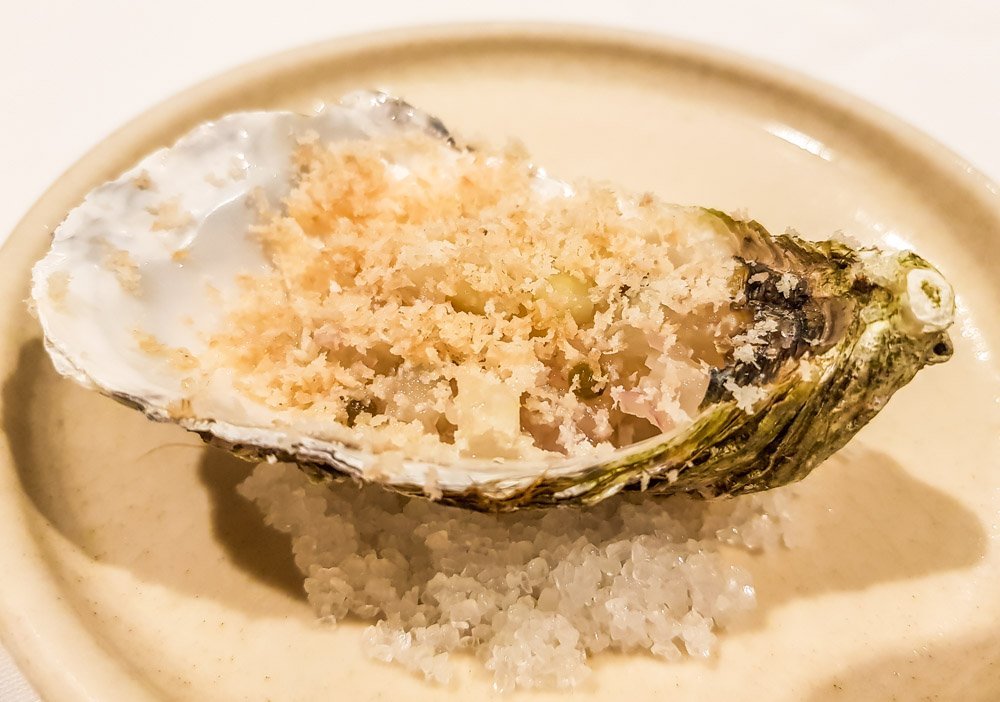 It was a lovely addition to the spectacle. Adding a personal touch, but also showing how the menu is a team effort, not a one man show.

My highlights of the night were the butter pie, deliciously light, with an onion chutney surprise hidden inside. And the beef tartar with toasted hay. 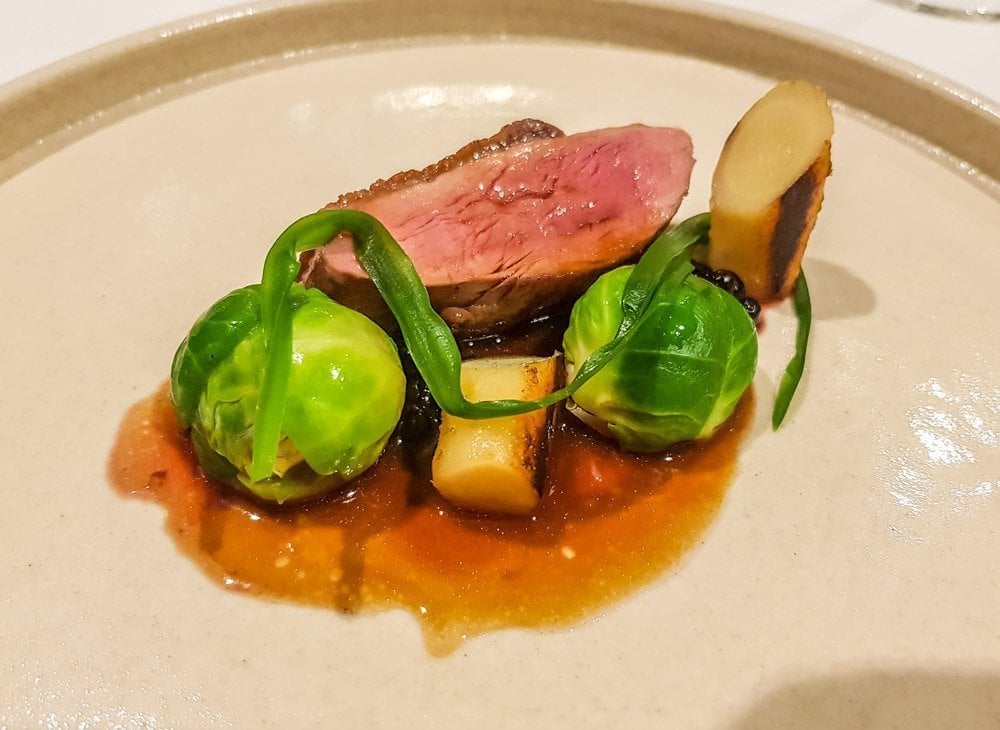 The duck was cooked to perfection, with the added twist of parsley roots, which are like mini parsnips. Who knew? 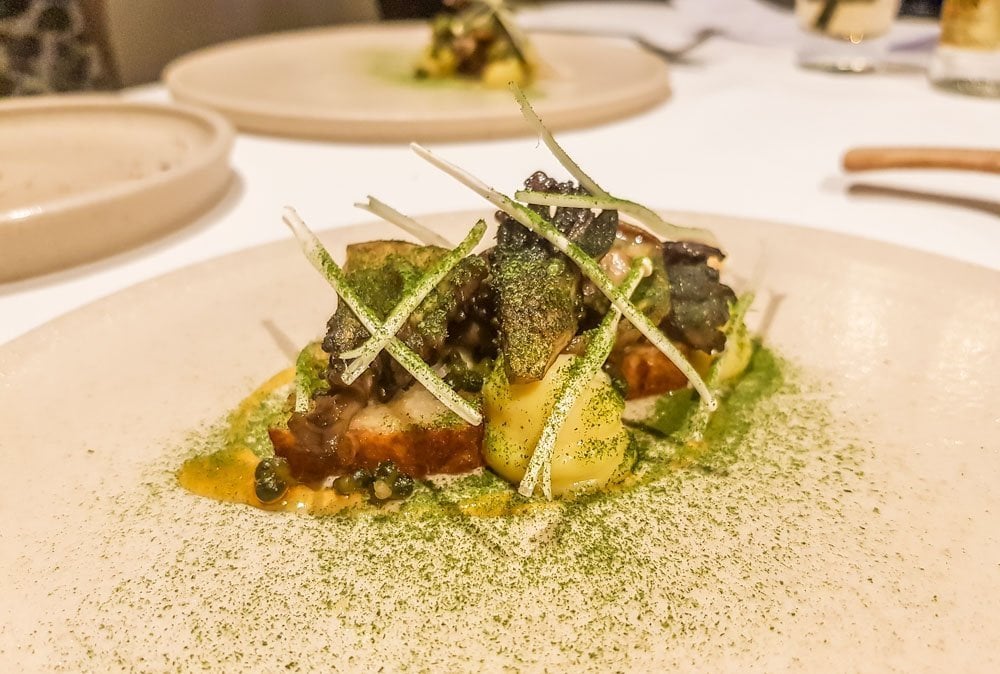 The pictures and menu can’t really speak for themselves, in that they have to be tasted to be believed. But hopefully they give you a flavour and whet your appetite.

The only one I struggled with was the beetroot, as the liquorice burnt bisque was a bit rich for me. But as my wife pointed out, it didn’t stop me polishing it off. Fair point. 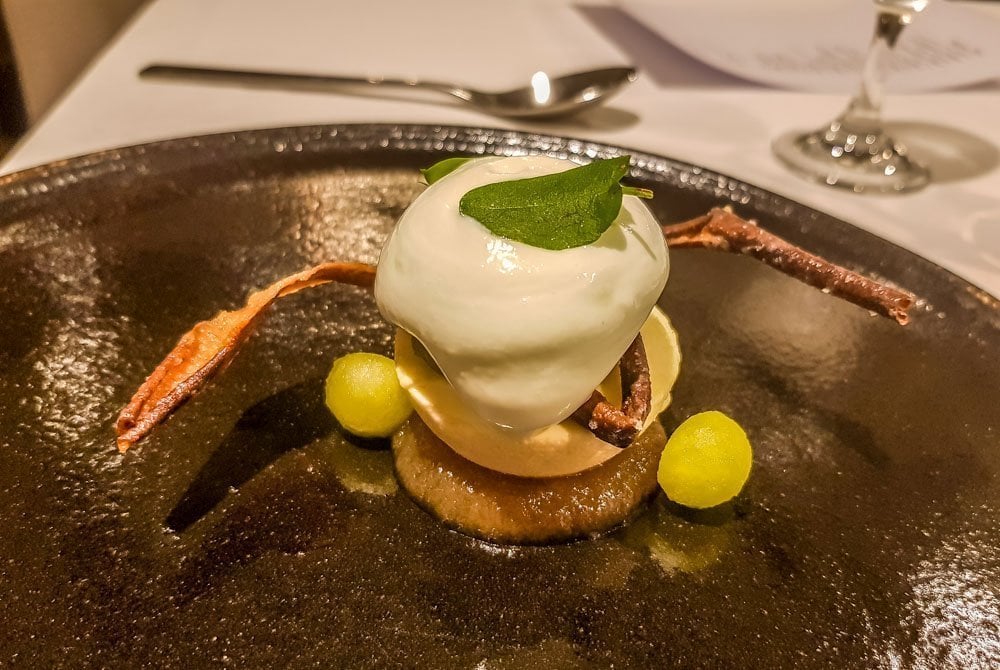 We were then treated to a now infamous TV classic, Pine-Apple.

Once again I have to doff my cap to Oli and his team. He is a masterful chef, but in spite of his recent glory has retained his humility. It was almost as if he wanted share the limelight with all the others behind the scenes.

Turn the lights up full and take a bow Hipping Hall. You nailed it once again.

More From: Places To Eat