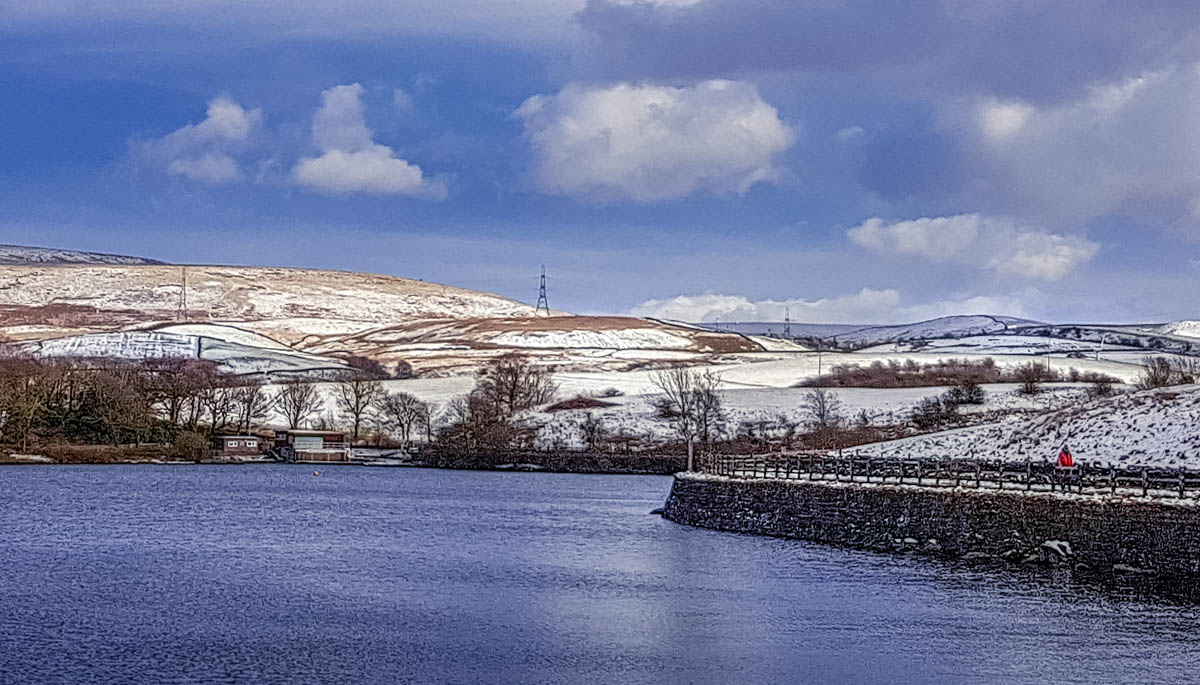 My daughter and I recently had a stroll around one of our favourite local tourist spots. It’s really is a pleasure in any weather ! Hollingworth Lake, Littleborough near Rochdale. This day was no exception – very cold and a little breezy but still very beautiful.

We started our walk at the Hollingworth Lake Country Car Park which also has the visitor centre where you can visit a small museum and art gallery. It also has local information and a café. Heading out of the car park we turned left walking round the top of the lake with views of Blackstone Edge in the distance the sheep in the fields with their very woolly coats on 🙂 We meandered round the lake taking in the views and various sights such as the bird hide from which you spot a variety of birds – cormorants, tufted ducks, great grested grebes, gull, Canada geese and many more. 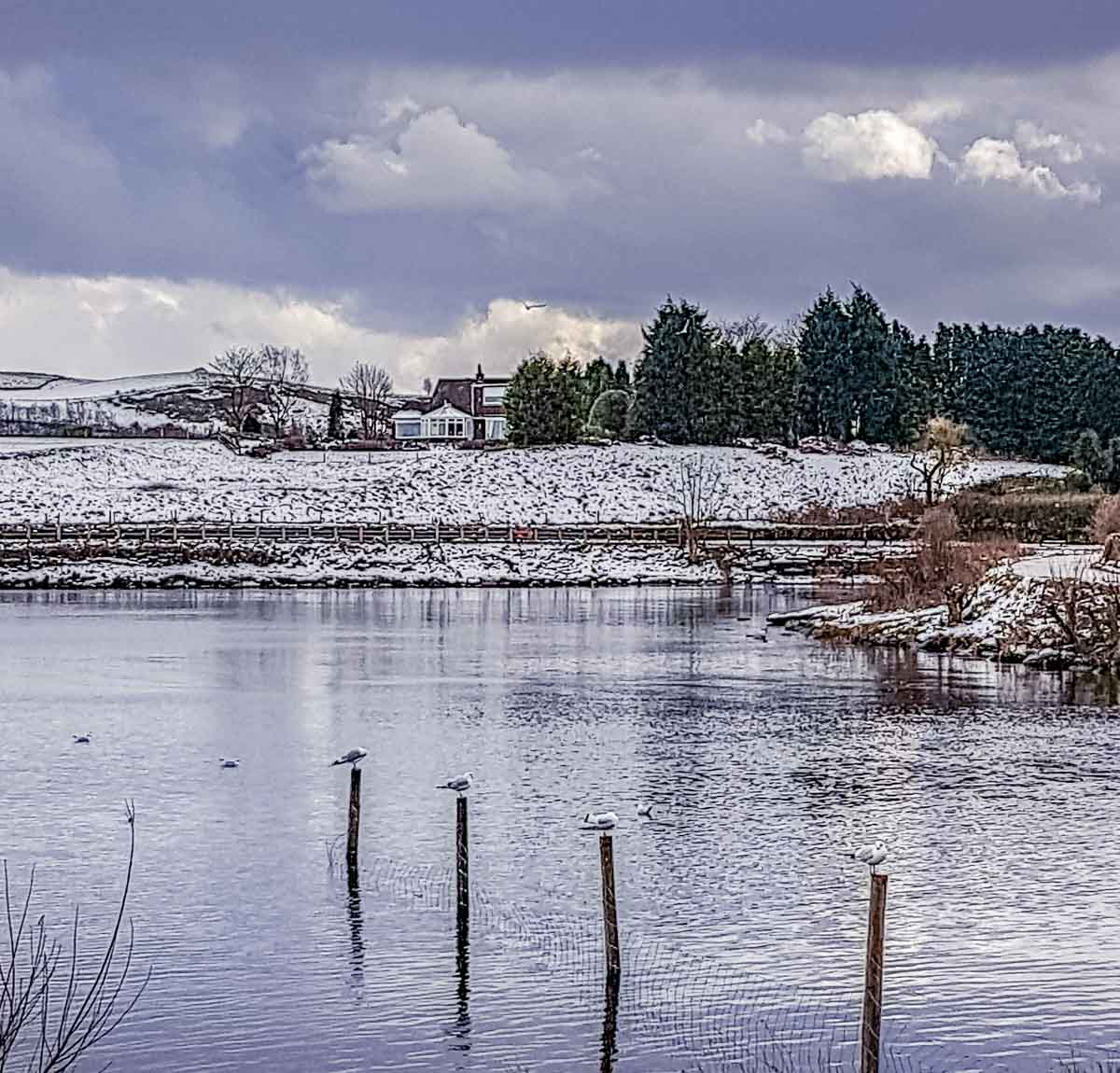 The lake itself has quite an interesting history. It was originally built as the main water supply for the Rochdale canal but became a tourist resort from the 1860’s, known as the Weighver’s Seaport. Tourism was helped by the arrival of the railway in 1839 which brought visitors from places such as Manchester, Bradford and Leeds. However,  its popularity wained in the early 20th century and the lake was used as an army camp during the First World War. It was then sold off to local corporations for water supply in 1923. 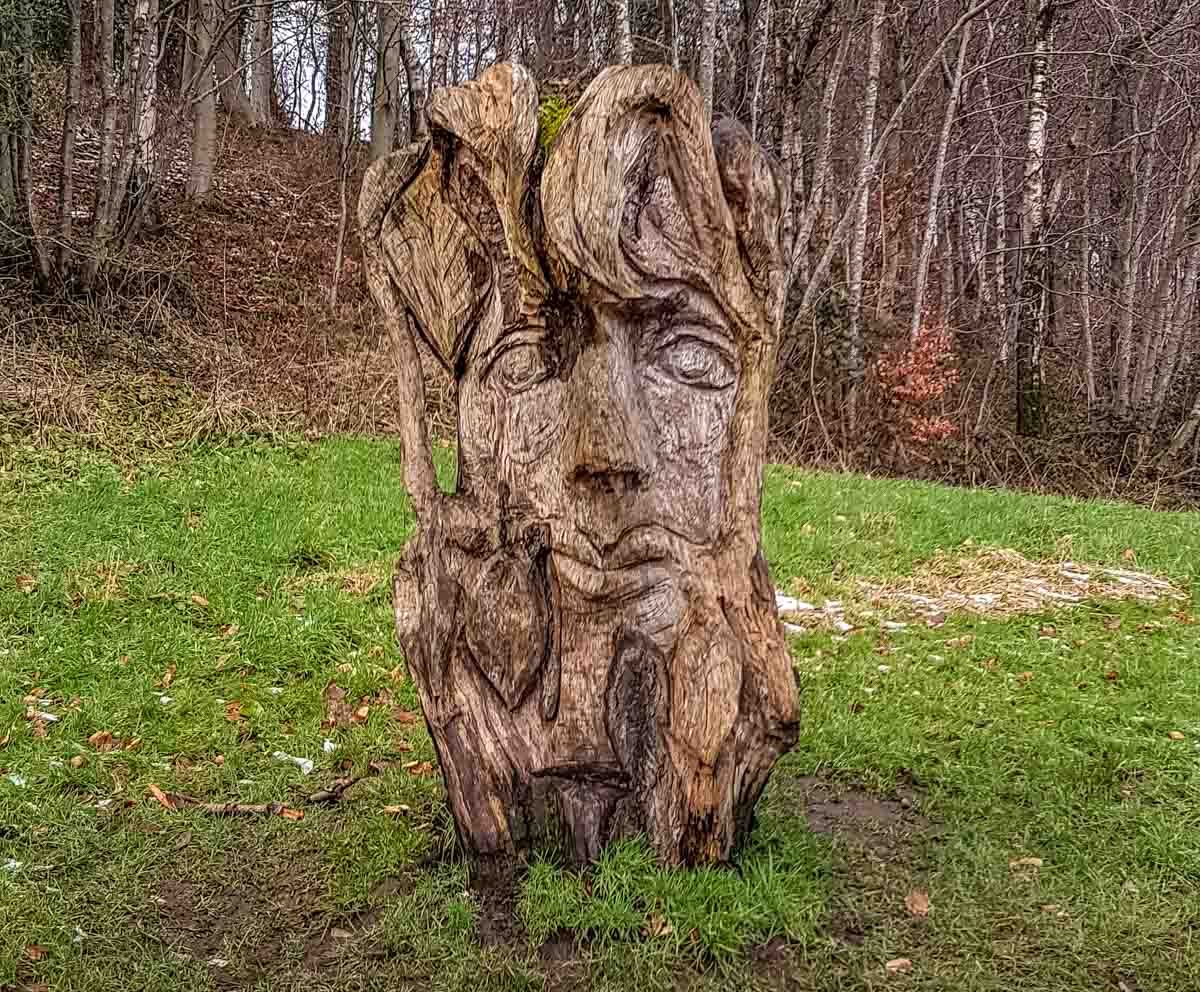 However, after the Second World War boating rights were bought by Rochdale Council who developed the area into the Hollingworth Lake Country Park in 1974. From herein the lake has increase in popularity and now has a very successful water sports centre, plus other attractions (fishing etc). 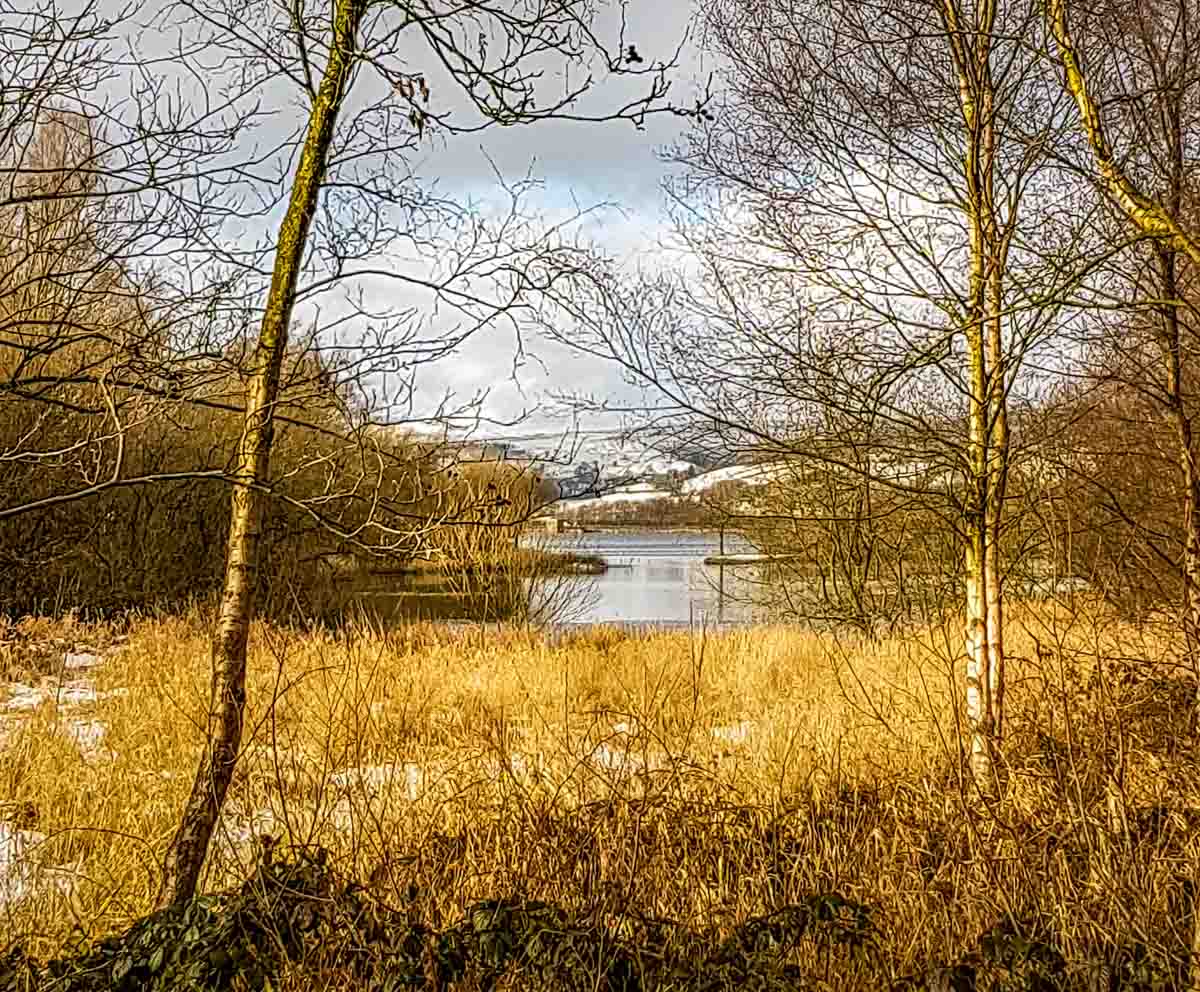 Interesting facts: The lake was also used for training by Captain Matthew Webb before he became the first man to swim the English Channel in 1875. It was also used for a long distance swimming event in the 1880’s known as the ‘World Professional Mile Championship’. Its rowing club has been in existence since 1872. 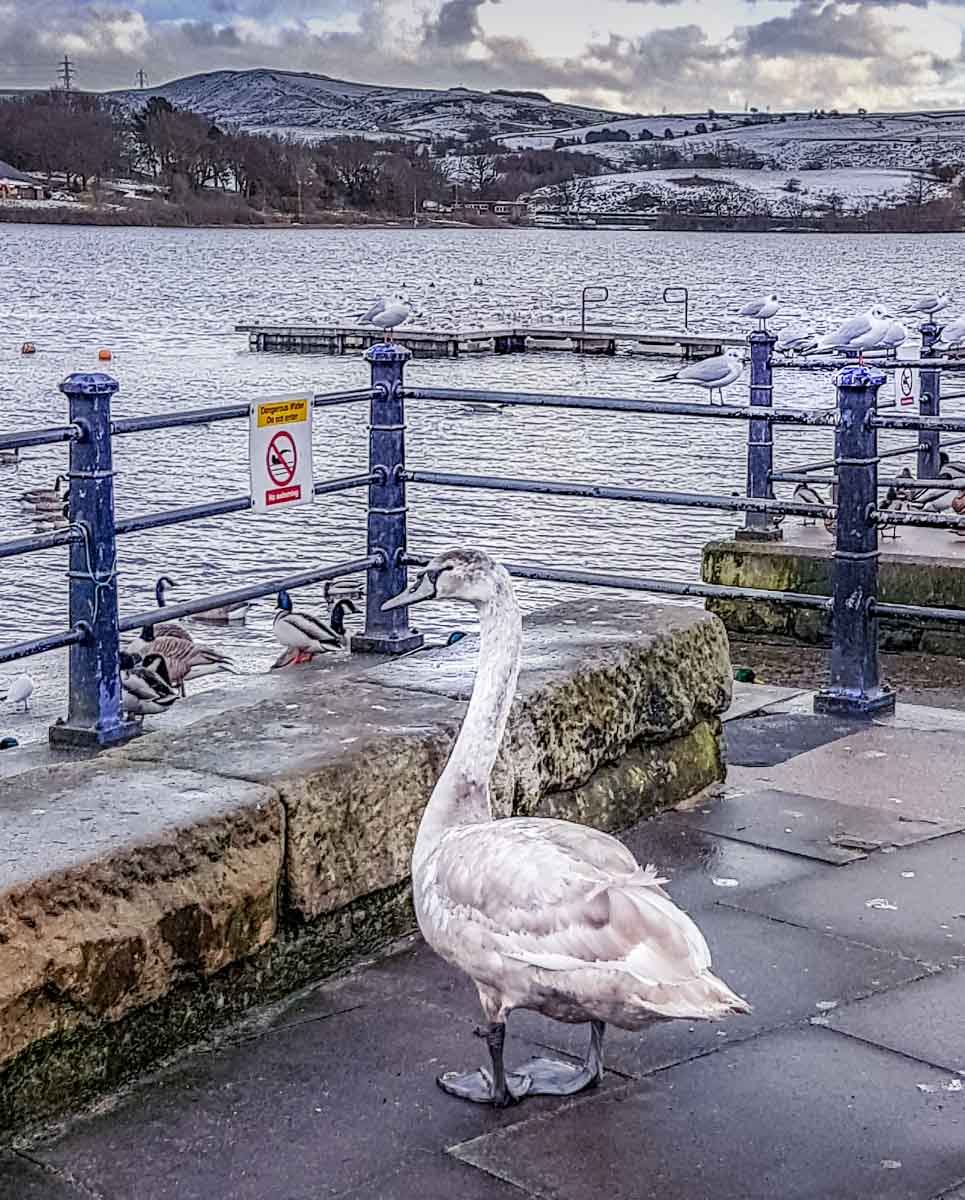 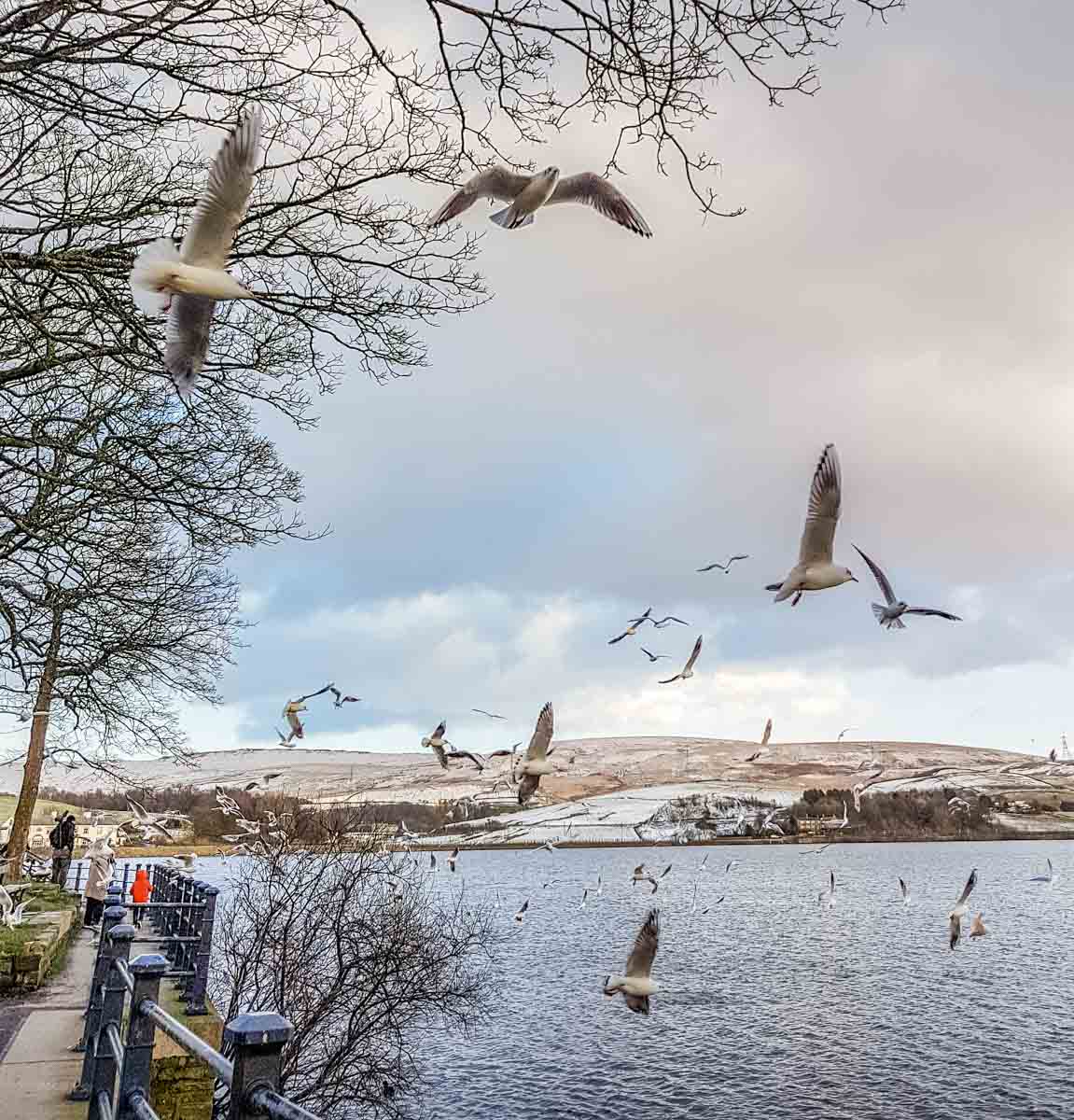 We carried on our stroll chatting as we went, it’s a good way to catch up on news and air your views ! We meet a variety of people on our way round the 2.5 mile track – older people, young people, dog walkers and young families. All out to enjoy the outdoors and the exercise.

After our enjoyable walk we usually end up in one of the local cafes for an obligatory hot chocolate (it’s the law !) and for a warm up. We then decided to visit the local amusement arcade to use up some loose change. We love the penny fall machines, they are very entertaining if a little frustrating !

Crossing the road outside we then go to the lake front and are instantly surrounded by the local wildlife – Canada geese, swans, gulls etc., who are very friendly and quite tame (also quite tall – I’m only 5′ 2″ and a tea leaf !) At one point it was reminiscent of a scene from Alfred Hitchcock’s ‘The Birds’. Time to move on we think 🙂 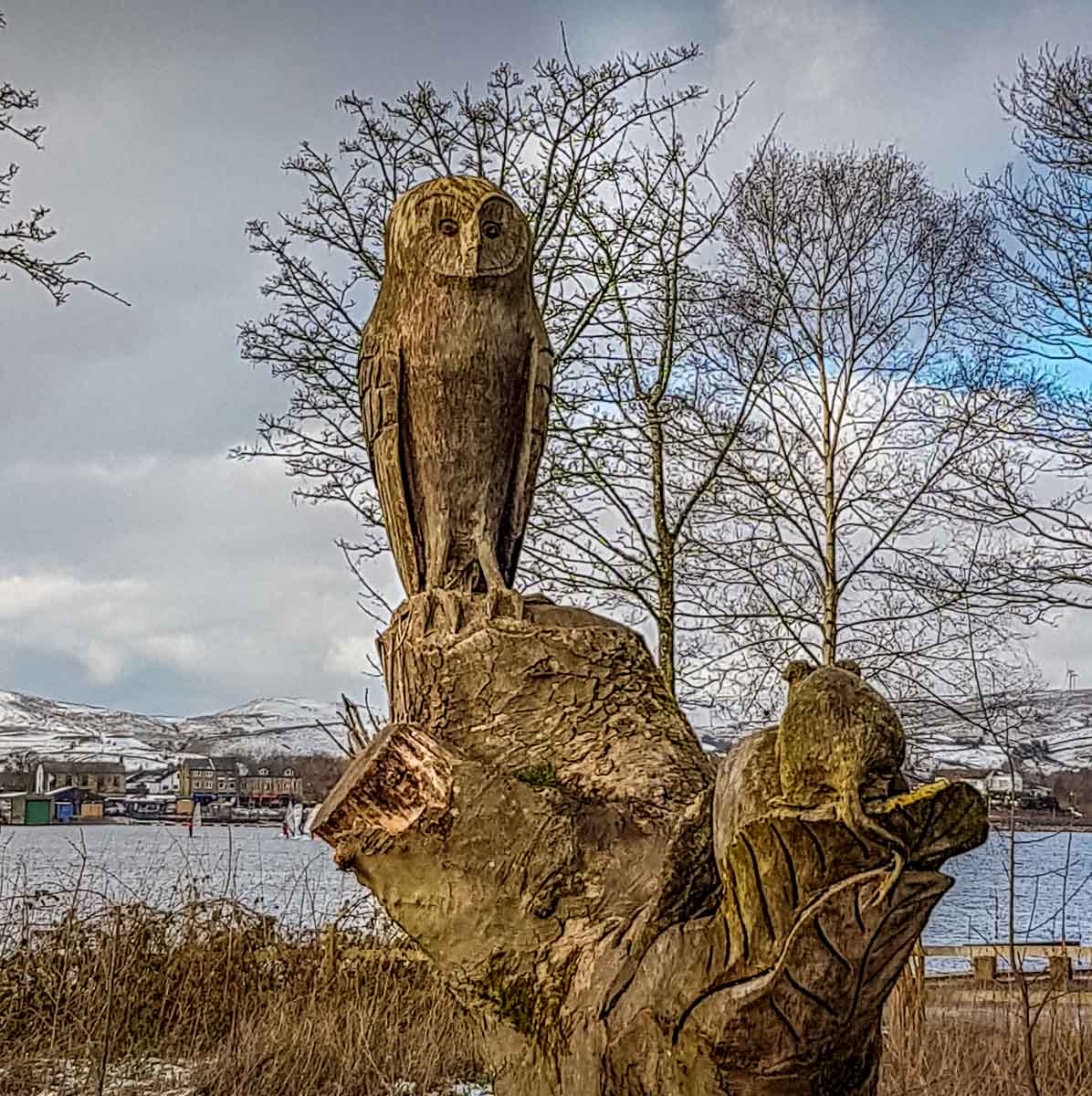 Moving on round the lake the sun was beginning to go down and it was becoming increasingly ‘parky’ (cold) and we headed on back to the car park passing Ed Wood on the way back (a local carving made from a tree stump). Another lovely visit had from a local favourite of ours.

I’m sure we’ll be back very soon 🙂