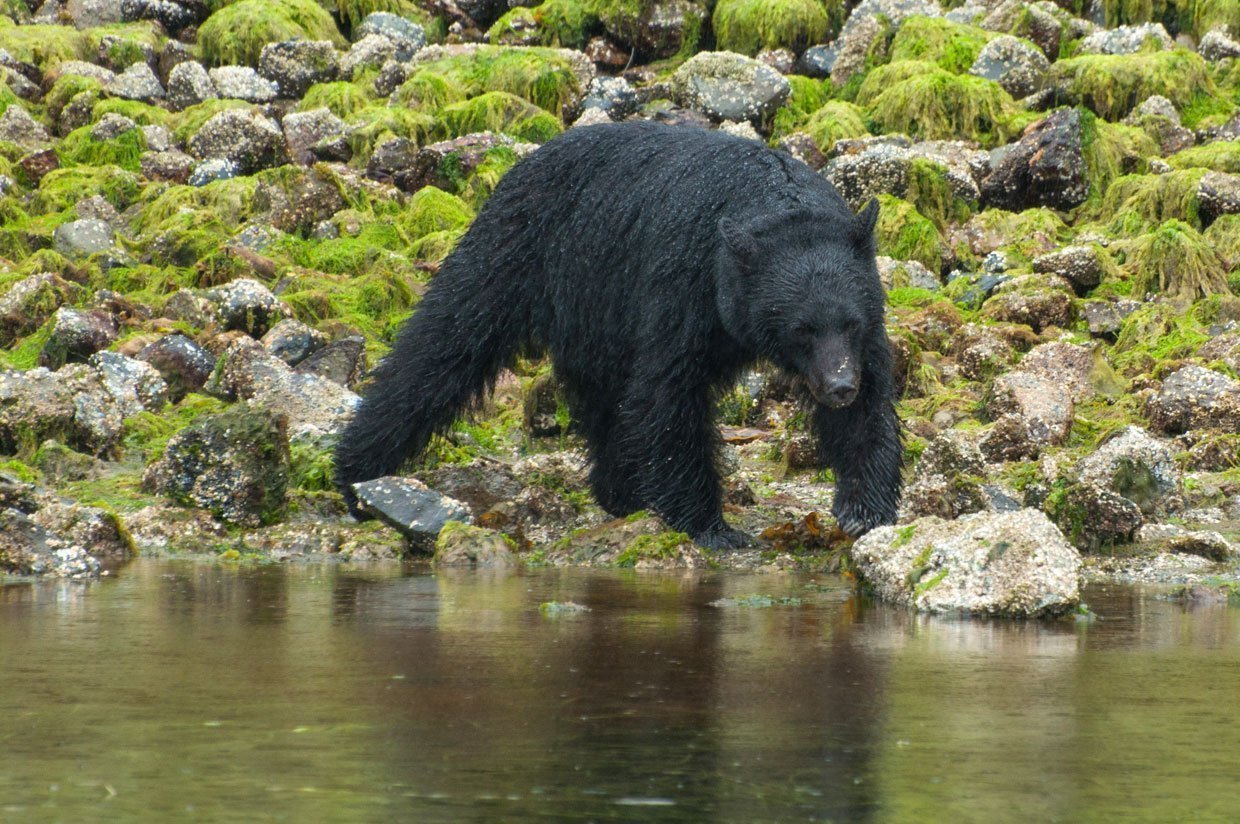 The bears that are living on Vancouver Island are a subspecies of the American black bear, the Vancouver Island Black Bear (Ursus americanus vancouveri). They live in the forested areas of Vancouver Island which are not easily accessible. When the tide is low the bears come out of the forest towards the shores to look for food, left behind by the tide. That’s the perfect moment to go out and see them by boat.

The bear watching tour started at the time of the lowest tide of the day. With a small, covered boat we navigated to the Clayoquot Sound, just north of Tofino. Unfortunately it was raining, so the views of the surroundings where covered in clouds. 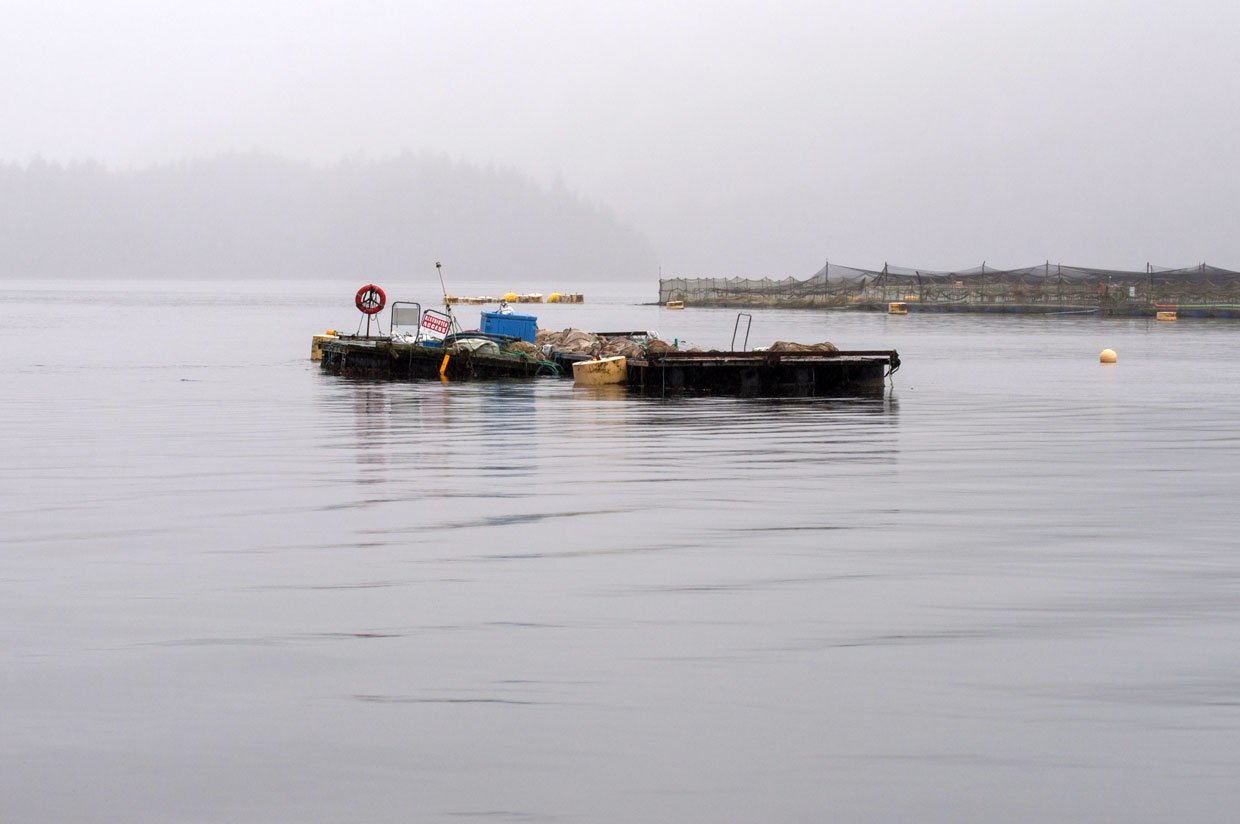 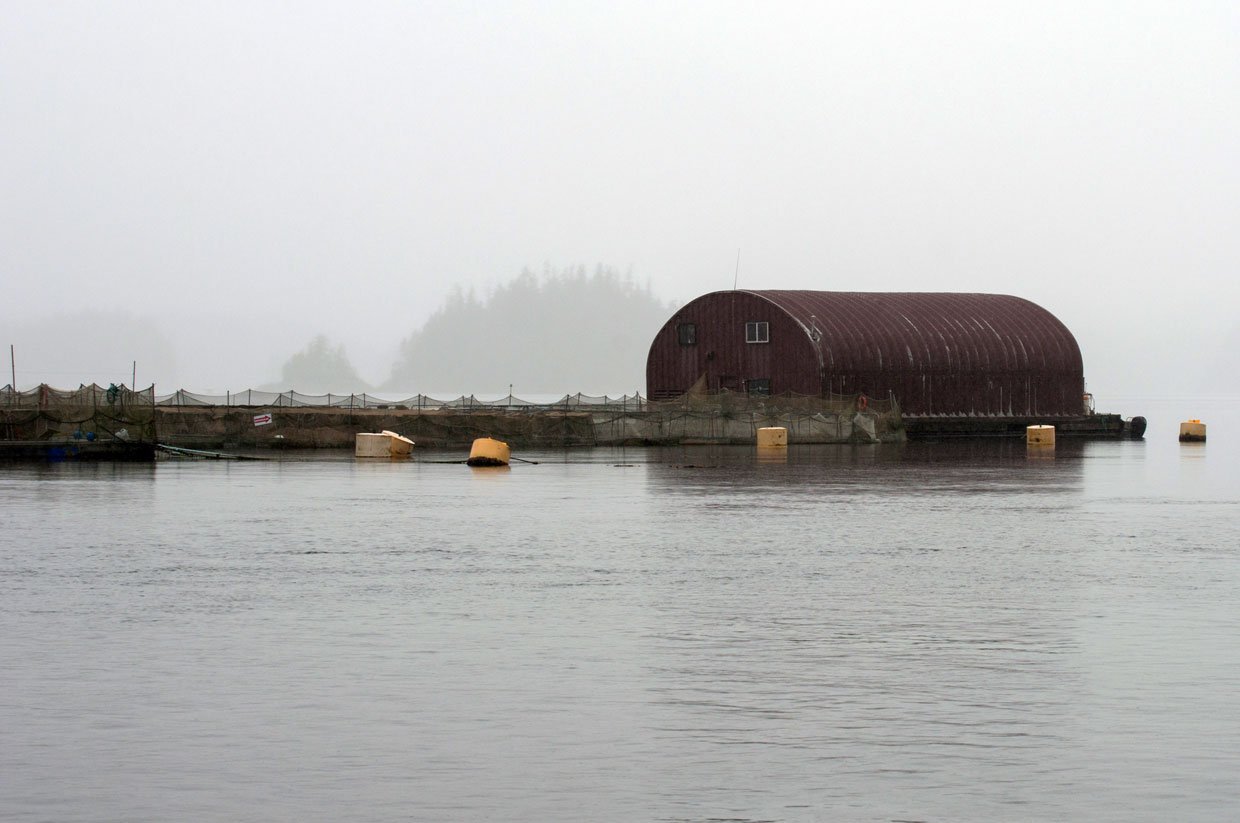 Luckily the bears didn’t mind the rain at all! We saw so many of them while they were looking for food underneath the rocks on the shores. 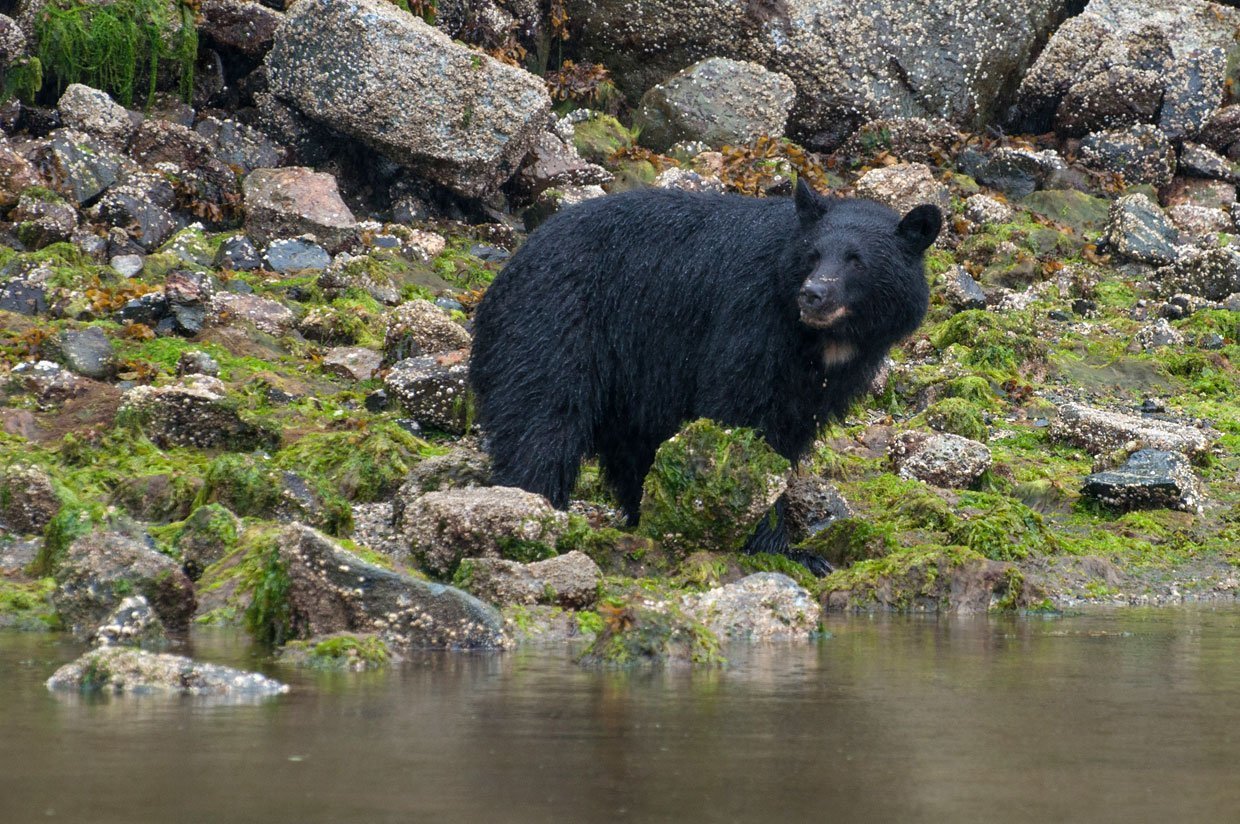 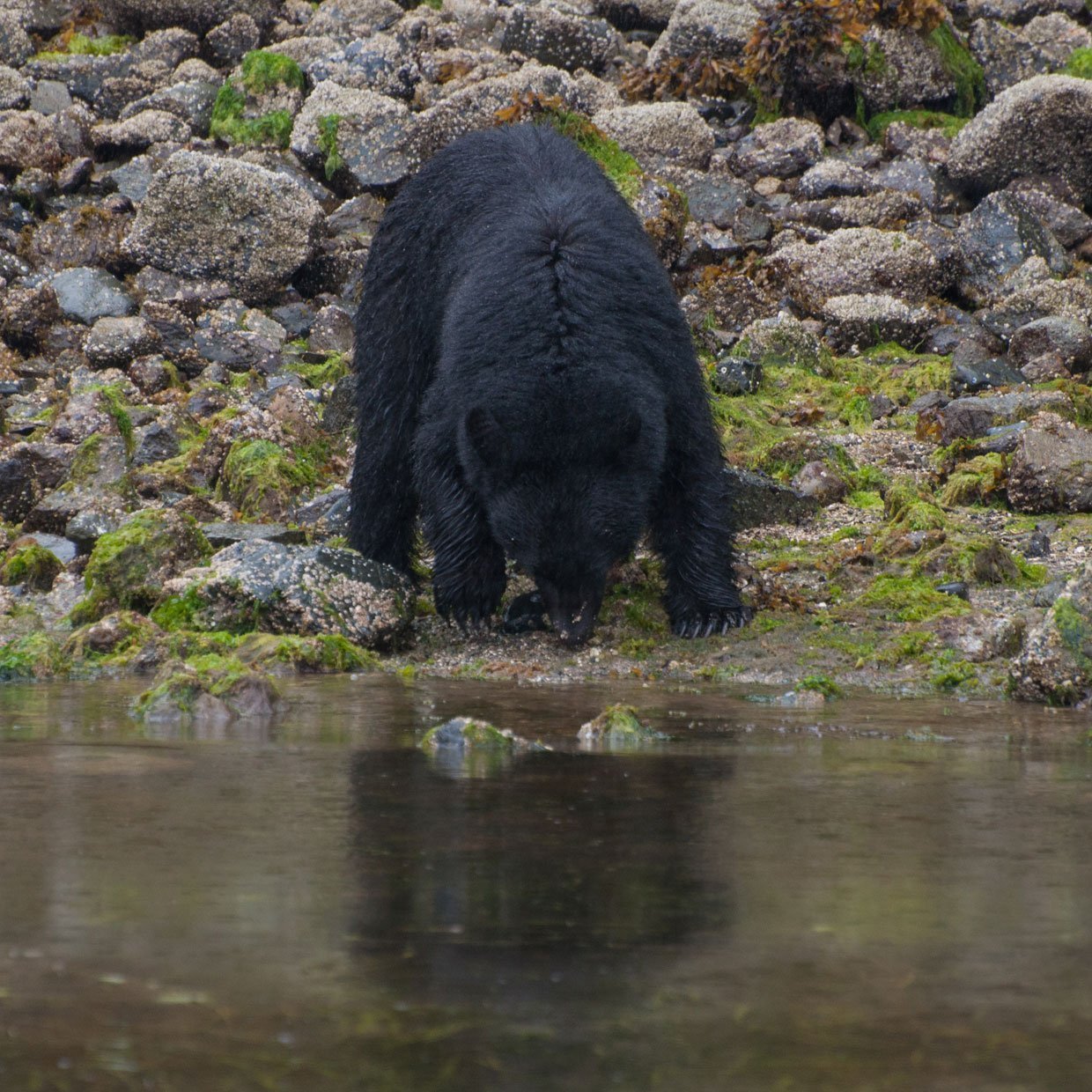 They rolled the larges rocks over with only one push of their paw, like is was nothing. Really impressive! 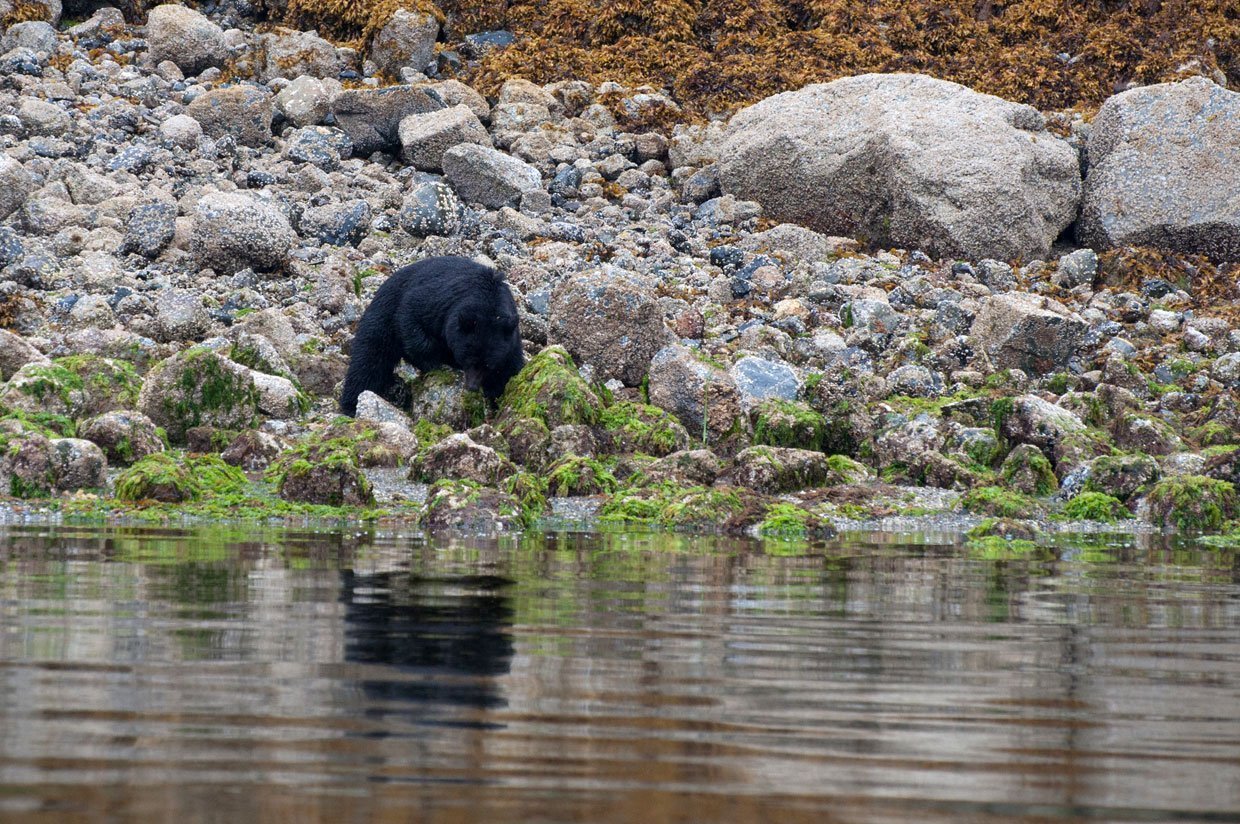 And then we found a mother bear with her 2 cubs! Everyone on the boat went quiet and we all looked at them in awe. It felt so amazing to be so close to them, without disturbing them at all. We were about 50 meters away from them, with only the water between our boat and the bears. Such a wonderful experience! 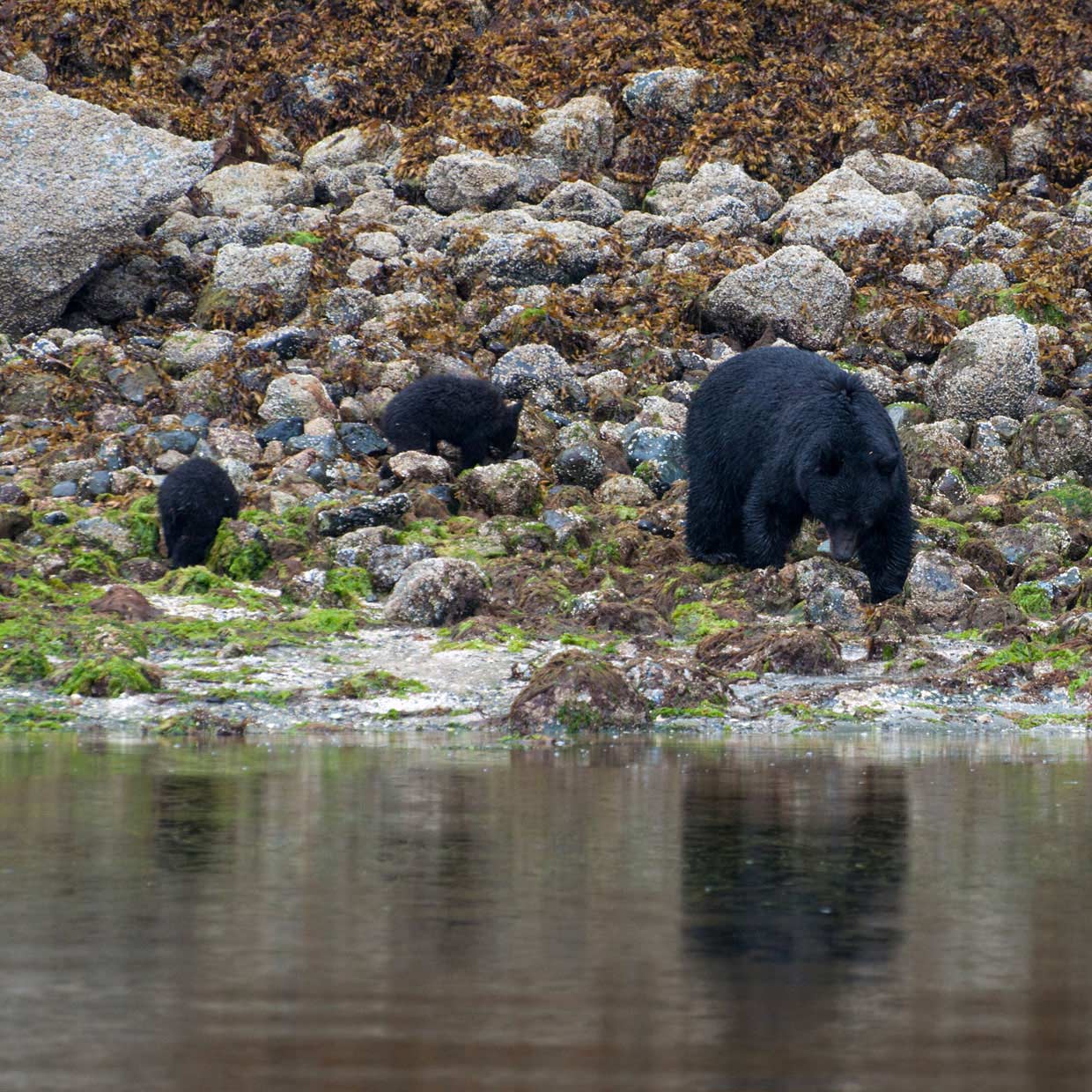 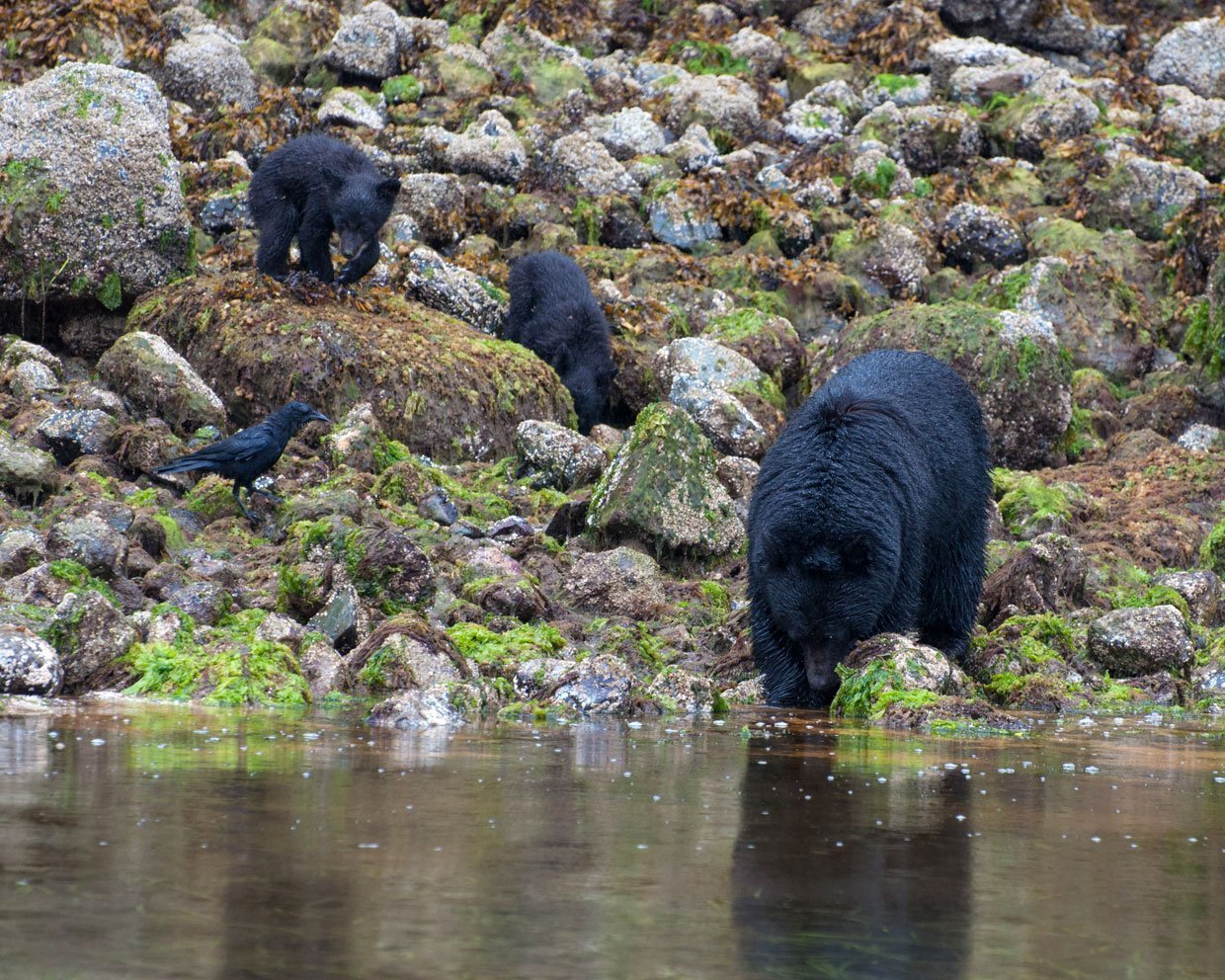 Here’s a short video of the mother bear and her two cubs.

When we navigated back I saw one lonely bear and I had only one short moment to take this shot. Just another example that you should also take your camera with you when it’s raining! 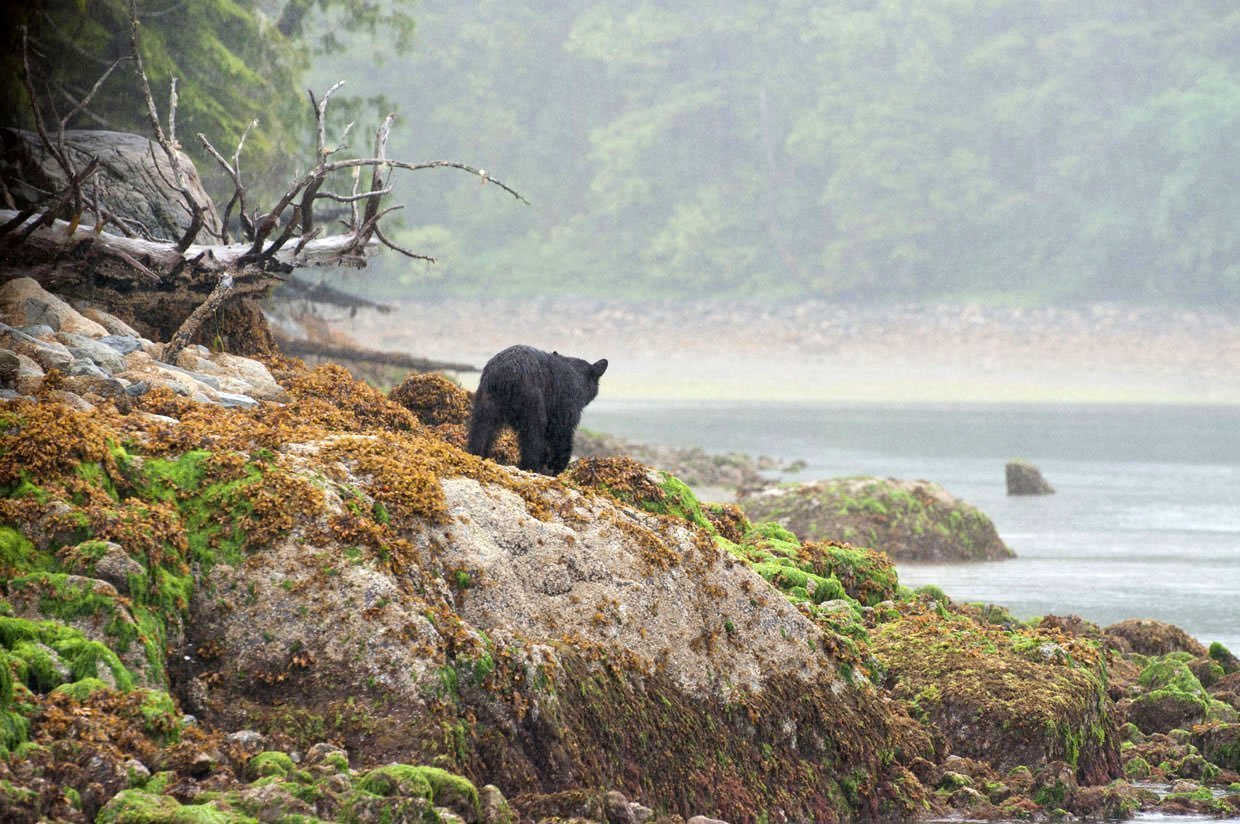 When I show these photos I often get asked “wasn’t it scary to be so close to the bears?” I can only say “No, it was amazing!” We were pretty close to the bears, but we were on a boat and there always was about 50 meters of water between us. The tour guides also made sure that our visit to the bears didn’t bother the bears. And clearly the bears didn’t mind at all. They all kept on going searching for food. They looked at us a few times, but they obviously didn’t feel threatened. Otherwise we would never have been able to see the mother bear with her kids so close by, she wouldn’t have let us.

Lives in the Netherlands. She grew up in a beautiful part of this country: the Veluwe, where she learned to love nature. She thinks travelling is not about ticking of another country on your travel list by driving through it in 3 weeks and only seeing the touristic highlights. Every country has so much more to offer, if you just take the time to stop and see.