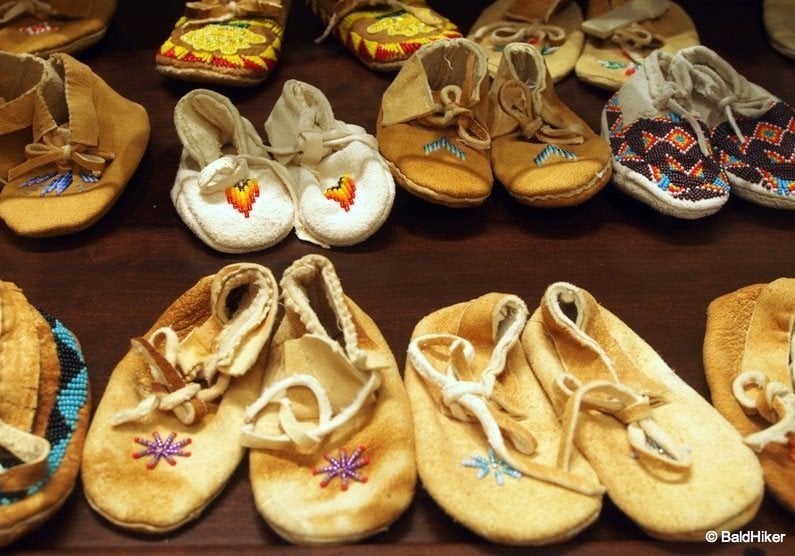 Fort Hall, Idaho was a stop that became very interesting and enlightening. The Reservation of the Shoshone-Bannock Tribes. A chance to learn a little more about how the arriving Europeans and the then the influx of pioneers moving west had started to change not just the landscape forever, but also the way of life for peoples that had lived and roamed in the west for many thousands of years before. 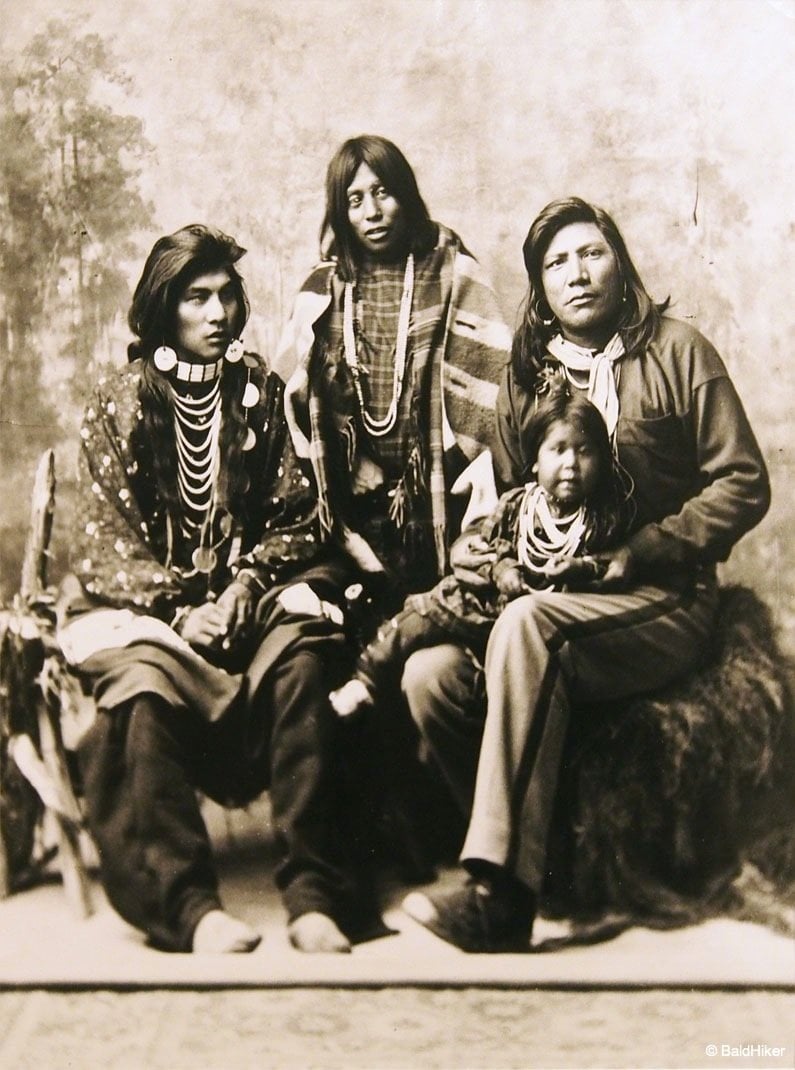 When talking about Native Americans you are clumping together a whole diversity of tribes, peoples, customs and languages. Today there are well over 500 recognised different tribes. Before modern Europeans came over to North America the Native American peoples hunted and travelled North and South, with the seasons, with the food. Take just the Shoshone people for a start, they covered an area from Canada and all the way into Mexico. The Bannock were mainly in Oregon, Idaho, Wyoming, Nevada and surrounds but also went hunting Buffalo as far as Canada. This map below though shows to some extent how history, with pioneer expansion, conflict, treaties led to the tribes being confined to the reservations (areas in red). 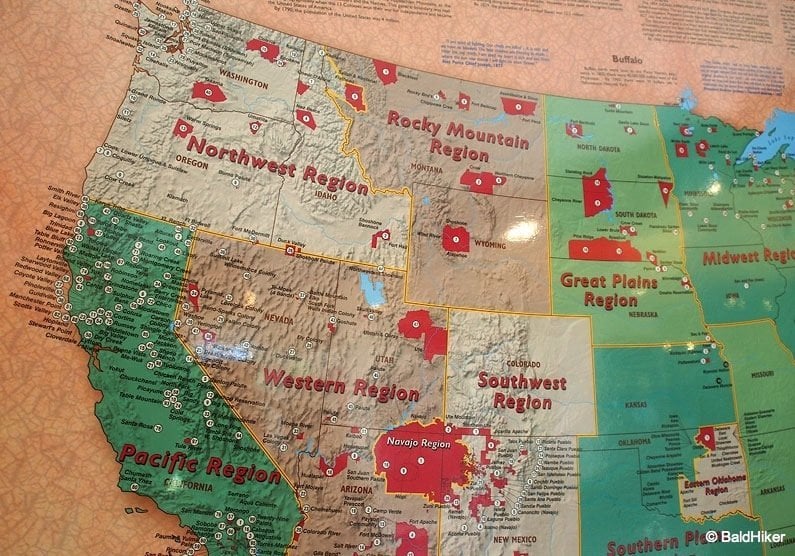 In the 1830’s a key trading post for fur trappers, and a stop for those travelling the Oregon Trail, was set up here in Idaho, Fort Hall. All this sudden influx of people for different means had a great affect on the vegetation and game for hunting. Naturally, over the years small conflicts arose and tension increased. Ultimately came the Bear River Massacre of 1863. The attack by the US Army led by Col. Connor on the Shoshone people who were led by Chief Bear Hunter, that became a brutal killing of over 400 Shoshones, with children killed and women raped and more… a very sorry point in the saga of the area. This kind of action led the Federal Government to act. They decided a treaty needed to be made and reservations created, to separate travellers and settlers from Native American for the safety of both sides. 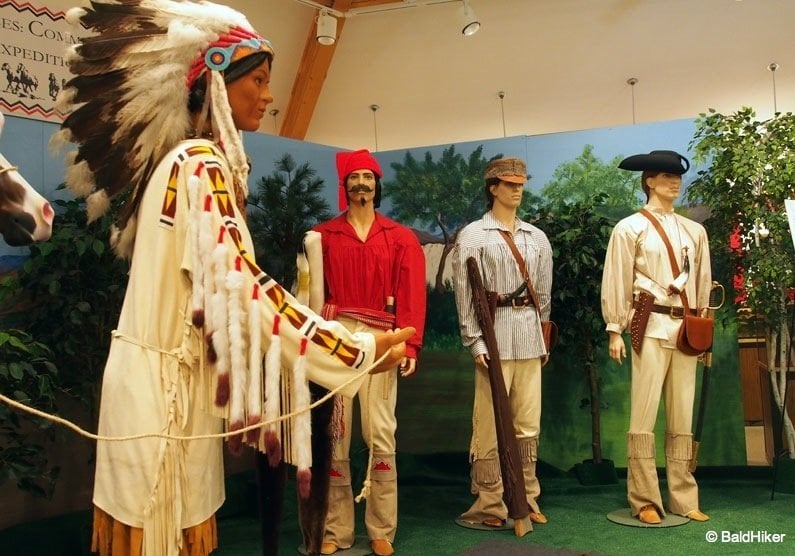 The Fort Hall Reservation of 1867 was the area of 1.8 million square acres for the Northern Shoshone and Bannock Tribes. In the first years they were forbidden to leave. This led to no chance to go hunting afar and they had a lot of starvation. Together with a drought this confinement was used to try and westernise the tribes people and turn them into farmers etc. More westernisation attempts later in the 19th Century reduced the land (by allotments) down and down. Also, government acts have taken more land so today it is reduced to just over 500 thousand square acres.

Eventually in 1934, Franklin D Roosevelt signed an act giving all the tribes self governing powers and allowed the Shoshone-Bannock Tribes to run their reservation land and develop themselves. 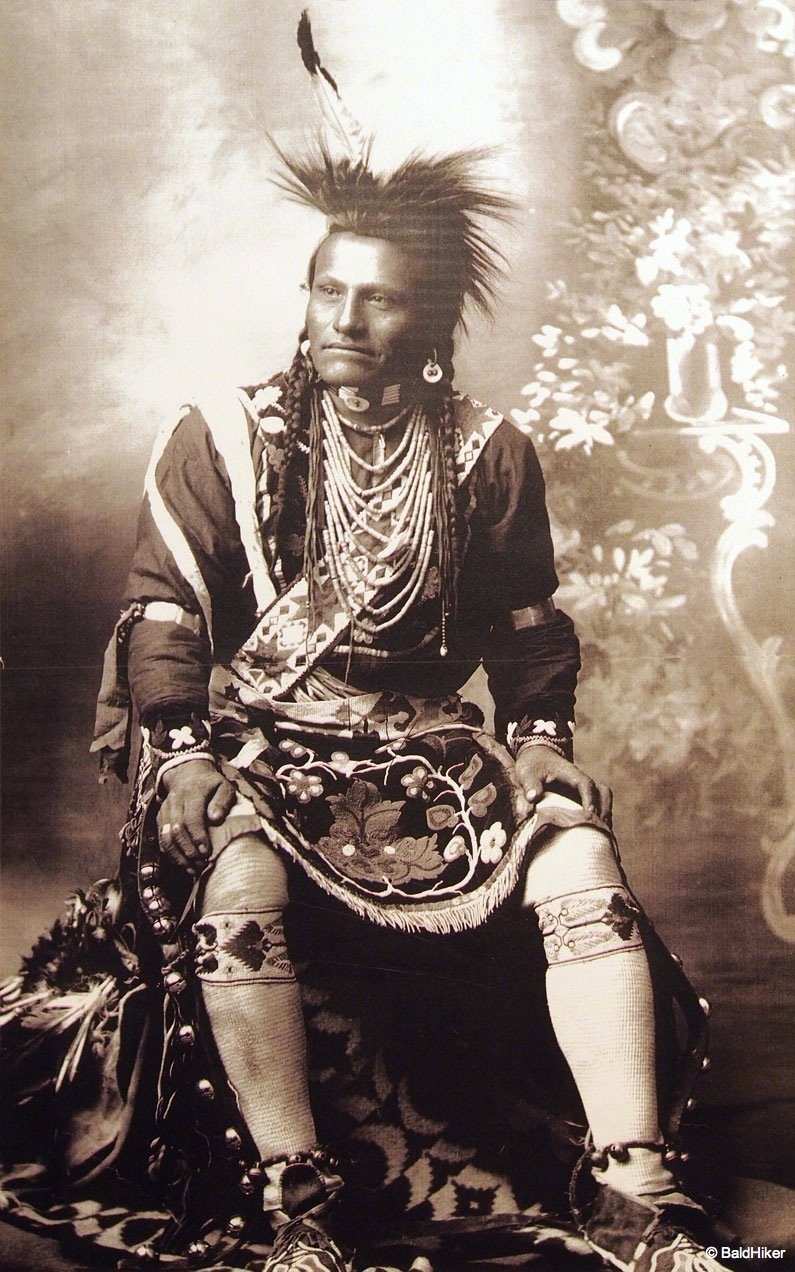 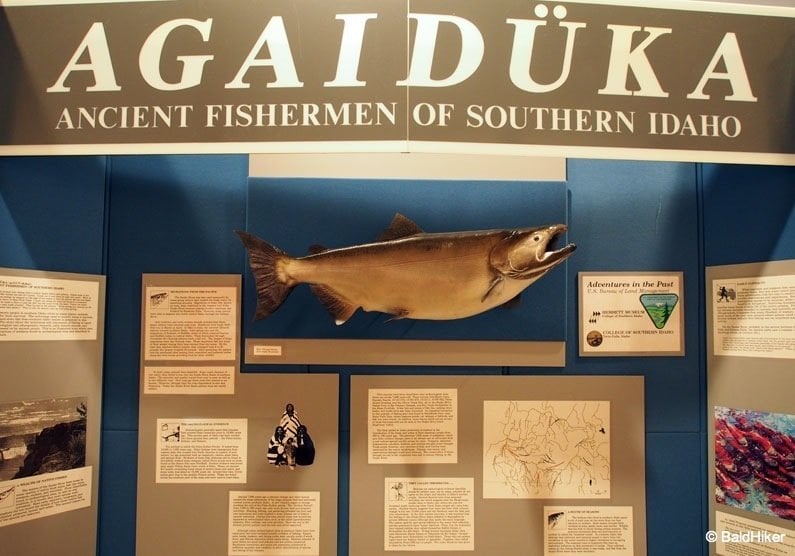 From the pictures above you can see the first point of call was the museum that showed in detail and pictures a lot of this history but much detail about the great traditions, the history of the way of life, what the wildlife meant to the peoples both in food and beliefs. A really fascinating time. It opened my eyes to a history I had obviously not learned enough about. I was guided by two wonderful people whom passionately shared their great wealth of knowledge with us. Thank you Rosemary and Randy’L 🙂 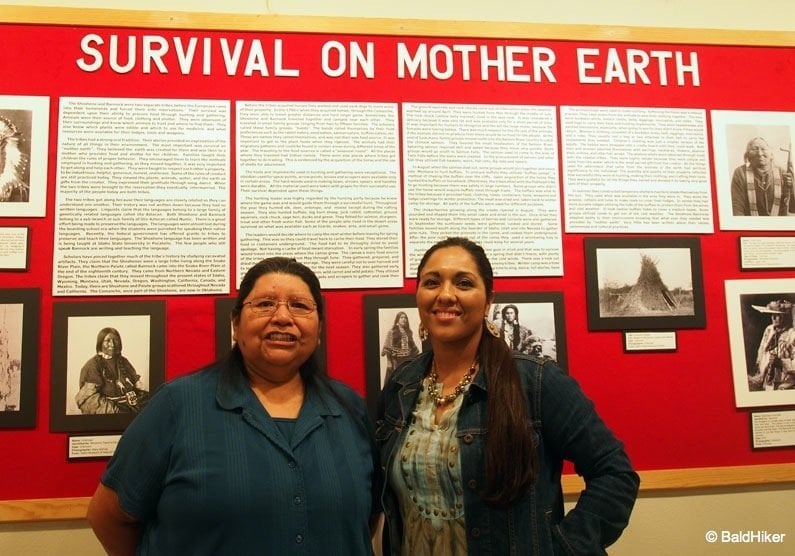 Today, one of the main industries is the gaming and gambling industry. We took a look around the huge Hotel and Casino complex of Fort hall, Idaho. A busy and bustling building with a shop that is full of traditional riches and wares. 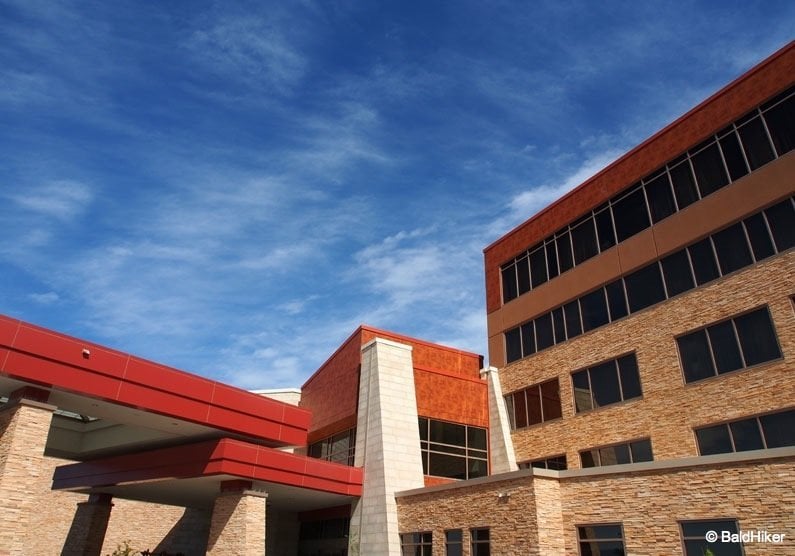 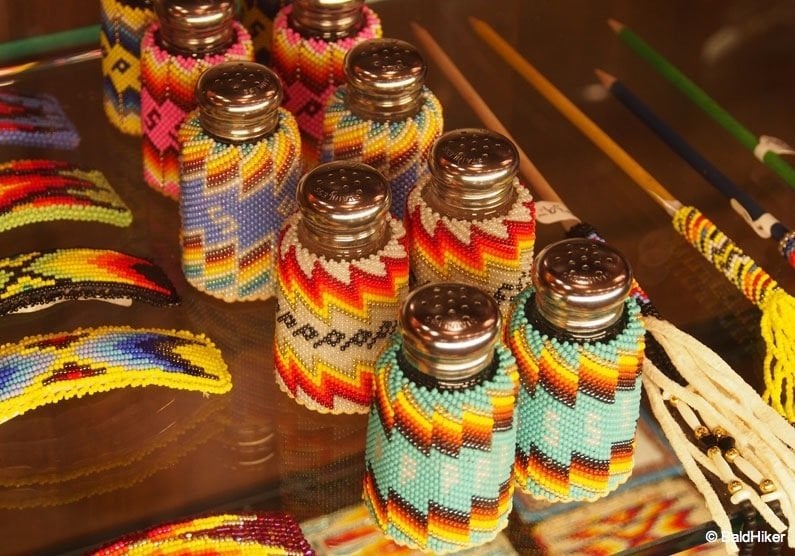 Painstakingly handmade beaded goods from purses to salt and pepper pots. Traditional clothing adorned the walls and isles of the shop with people on hand to give lots of information on the historical facts of the items and their place in tradition. 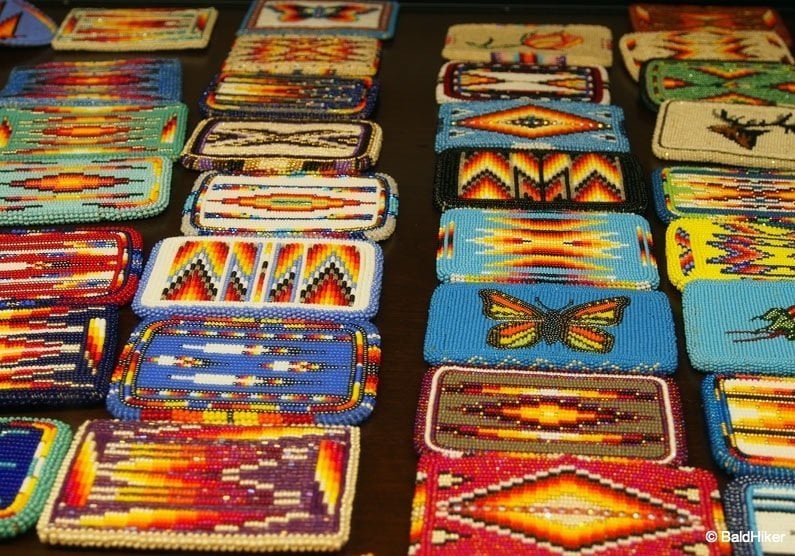 A stop on the trail that will stick in my mind.. Something that has made me want to learn a lot more about.