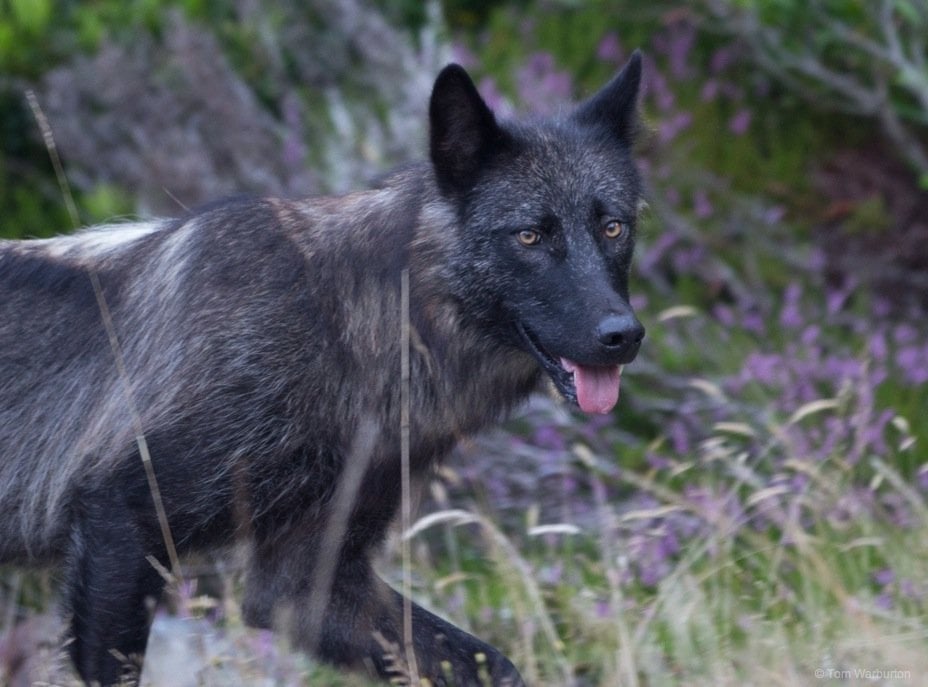 A regular daybreak walk turn into a full-on wildlife encounter. Then later it turned into a lesson in conservation management.

The day before the encounter I’d been chatting to someone and I was told about how fabulous the Wild Pacific Trail near Ucluelet was. So rather than taking my day-break stroll along the beach near Tofino I decided to get up a little earlier and drive to Ucluelet and try out the famously scenic path that traces around the rugged coastline behind the town.

I parked the car up just as the sun was rising over the hills to the East and set off around the trail. The view from the Amphitrite Lighthouse was stunning as the first light of the day silhouetted the islands to the South. I took a few landscape shots with a wide-angle lens and then, just on impulse, switched lens to a 70-200 mm. This turned out to be a great move for as soon as I turned to continue around the track …. bam … a wolf! …..

The wolf didn’t seem to mind by presence and it quietly trotted along the path a few yards from me – eye balling me as it passed right by – and I managed to get these few decent shots before it disappeared down the track.

I’ve since read up a little on the wolves of Vancouver Island. The Vancouver Island Wolf is a sub-species of the mainland grey wolf. Seeing a coastal wolf like this is usually very rare, especially near human habitation. A local nature guide I discussed it with compared the sighting to seeing a unicorn!

However, I did read in the local paper later that there have been quite a few sightings of a dark wolf in Ucluelet this summer. The Parks Department are worried that someone might have been feeding a wolf. This would not be a good idea; not only for the residents of Ucluelet but also for the wolf because if it gets too habituated to humans it might have to be put down.

I have now reported my sighting to Parks Canada. They suggested I post their advice on such sighting – just in case anyone else goes for a morning stroll and has a brief encounter with a wolf.