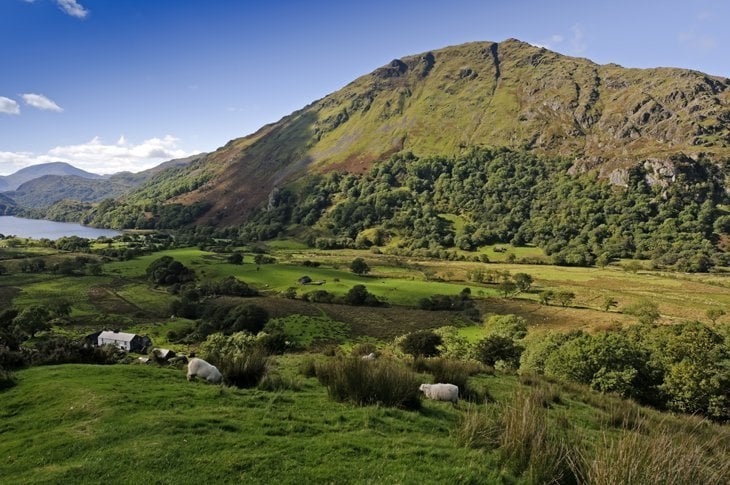 The landscapes of Britain and especially in northern England are full of scenes including livestock, and sheep are there in great number.

As I wander, climb and trek around Britain, in the hills, mountains and valleys I can look back and realise even I take things for granted. As I look back through a year’s photos on my computer and phone I see that many a time there was living company when all thoughts where my own. Bulls, cows and lots of…. sheep. All weathers, all terrains there they are, living, seeing and breathing some of the most wonderful scenery our land has to offer. Certainly not camera shy that’s for sure 😀 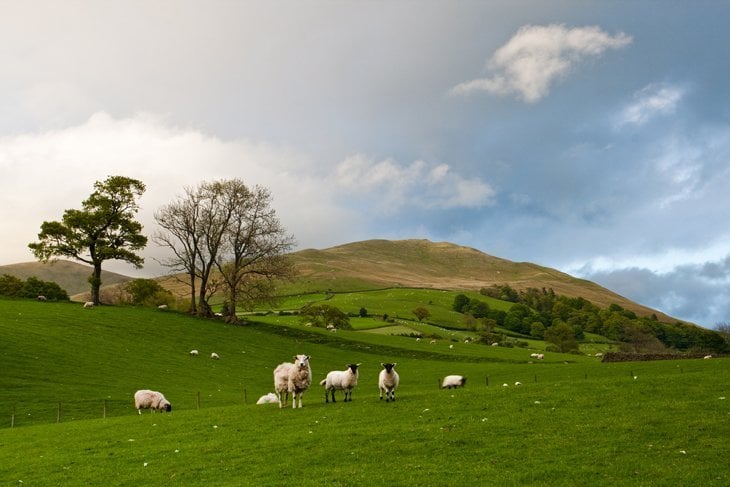 If you go on any great walk in the Yorkshire Dales you will invariably come across sheep. In fact as the dales are one of my favourite places to wild camp I have heard many of these animals wandering around the tent at night.

Sometimes they seem tame and sometimes they are edgy and keep their distance. I remember on one walk over near Malham Cove that a sheep came and stole crisps out the bag I was eating. 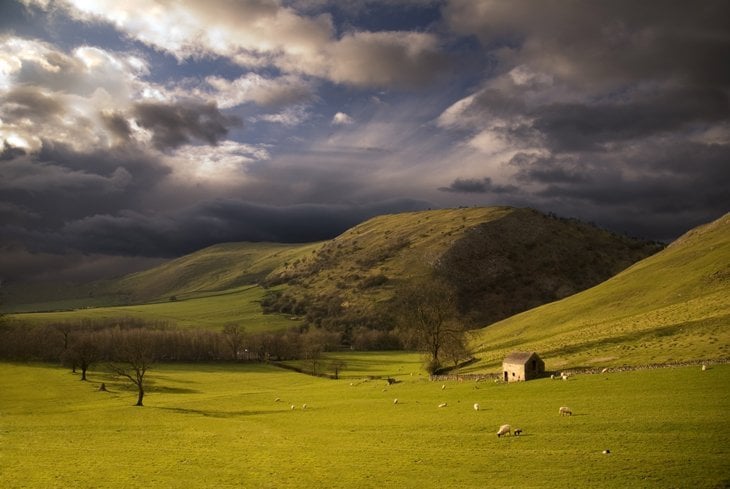 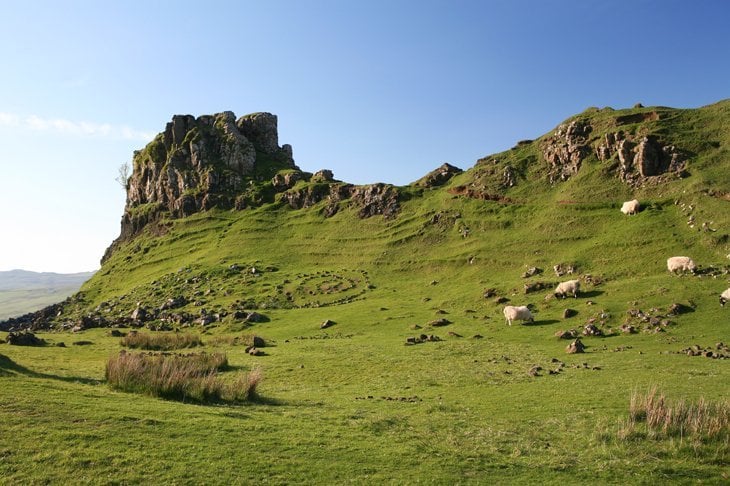 Britain is blessed with a huge list of historic breeds that are still farmed today. As you travel throughout the land you may come across some that look different to the stereotype.

For instance the Badger Face Welsh Mountain, a breed that is known to have been around on the Welsh mountains etc as far back as the 1st Century and perhaps longer. The DNA of many sheep breeds around the world are known to have this breed in it in some way. 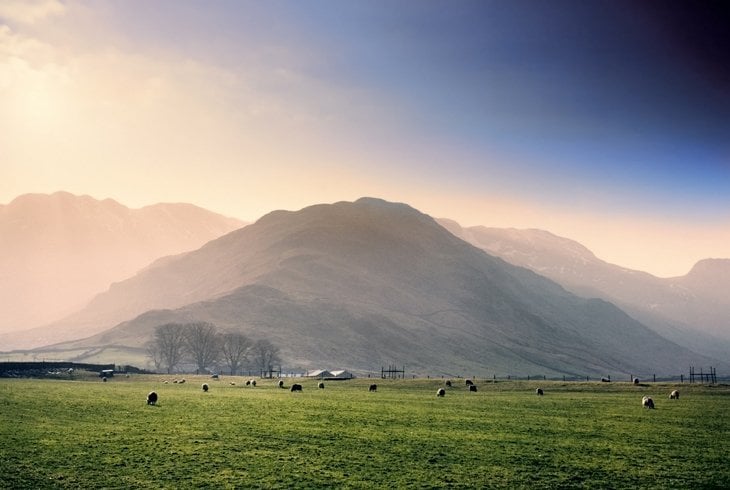 The Lake District is well known as the home of the Herdwick sheep. In fact they have become part of the tourist attraction in the area. Known for the hardier wool, they became part of the British landscape by around the 10th to 12th century. Thought to have been brought over via the Vikings. Beatrix Potter was a big farmer of this breed to in her time in the lakes. 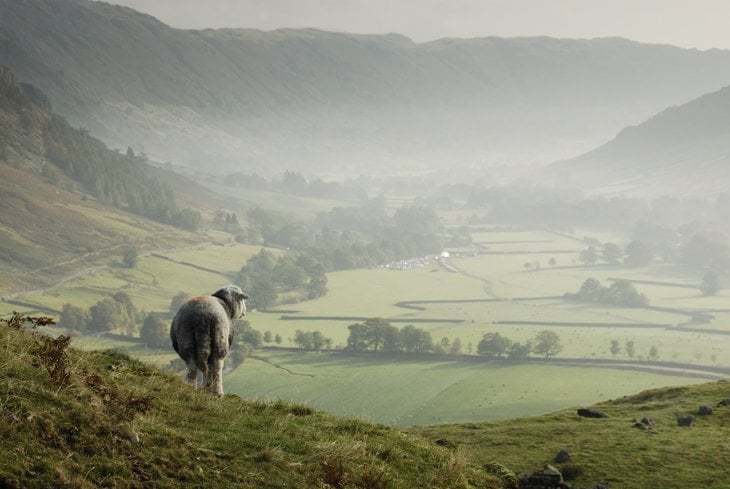 The Border Leicester is a unique sheep that stands out to me. It is hornless yet the ears stand up a bit like a llama’s do. It also has no wool on its face at all and not its legs either. 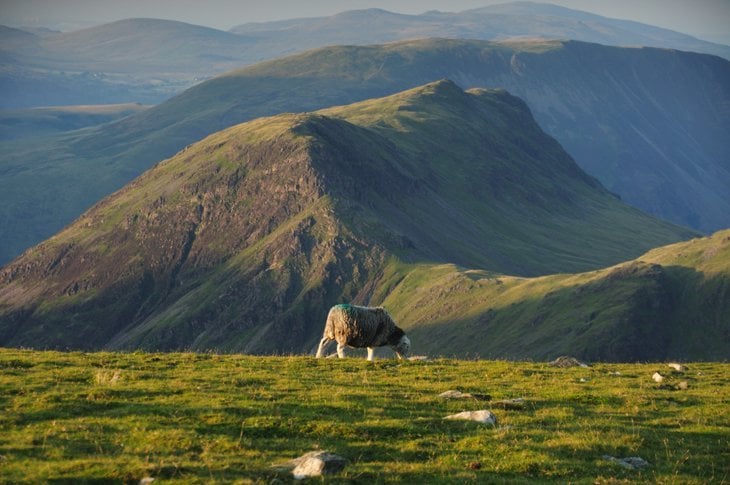 Actually 35 per cent of sheep in the UK come from the Blackface breed. Regardless of the name they can have black faces or white. They are very hardy and often found up on the mountains of Scotland and northern border areas.

The mums are such creatures that in severe mountain conditions they still look well after the lambs. 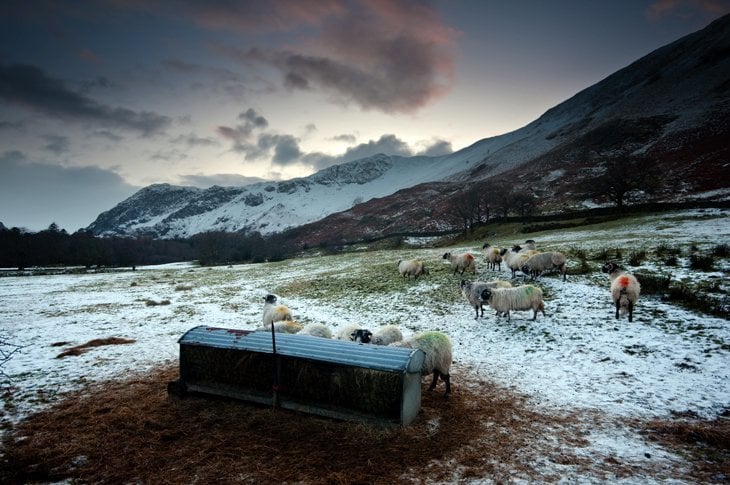 Walking throughout Britain is a treat, no matter which part. And coming across a field or hillside of sheep is a spectacle that sums up life in the great outdoors even more.