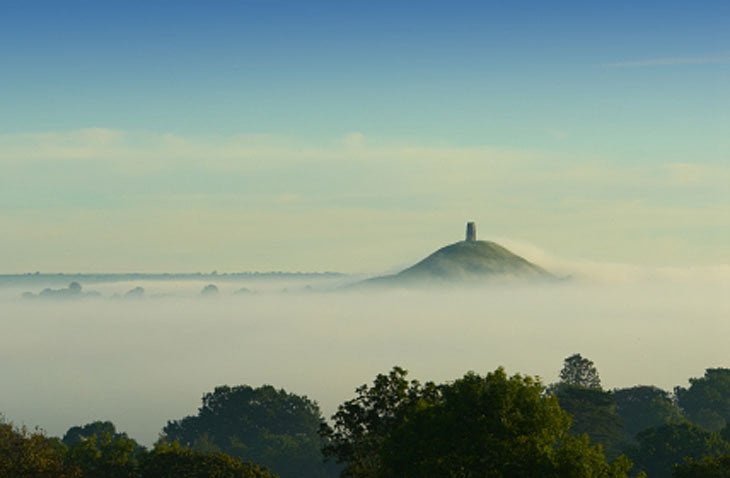 Rising up from the Somerset levels is Glastonbury Tor. Magnificent looking and with a history of legend and mystery it is easy to see why this little hill standing all alone captures the imagination of many.

Thousand of years ago it was an island, or part of an island rising up out of the water with the now flatlands being well under water. The county it stands in, Somerset, is believed to have got its name from the old word for ‘Summer Settlement’ in that the winter floods and water levels meant the people took to the hills. Time has pushed the sea back so now it sits well inland in the south of Britain. 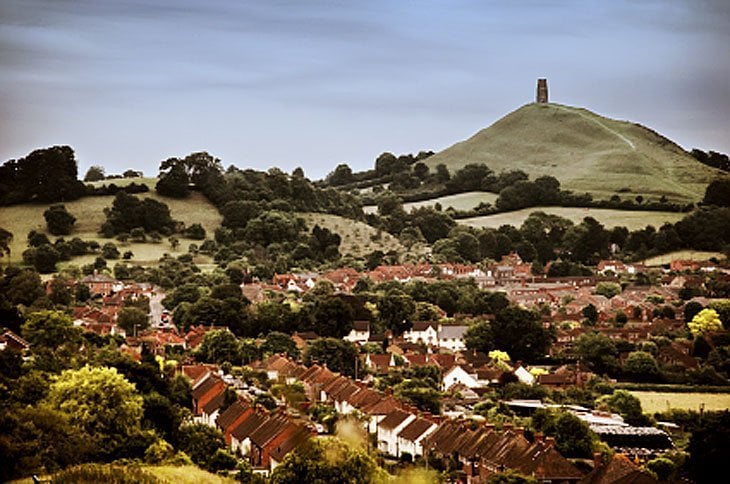 Standing at the top or looking across to, at an altitude of just 158 m (518 ft), you get a feel of why this hill has become throughout history related to myth and legend. Together with the town of Glastonbury by its side it has become an attraction not just for view hunters and nature lovers but for pilgrims.

The Stories/Mysteries – Whether religious or not I always find it fascinating to learn little things and thoughts about history of places and the culture surrounding it.

You will see on its sides the terraces that encircle it. A mystery! Could be farming, natural phenomenon or as some say an ancient labyrinth or maze paths. These terraces have been dated back to the same time as Stonhenge was erected.

It is now the strongest contender as being the Isle of Avalon that is written in some of the King Arthur tales and where he is said to have died. It is also claimed and written that King Arthur and Guinivere were buried here until excavated in the 1100s by monks. Some tales tell of Arthur throwing his sword ‘Excalibur’ to the Lady of the Lake nearby in the waters.

Joseph of Arimathea is also believed to have arrived here with the Holy Grail and as he landed by the hill opposite the Tor he struck his staff into the ground. On that spot the next day had grown a ‘Thorn Tree’. If you visit you will find a thorn tree there, sitting opposite Glastonbury Tor. Another reason for many pilgrims. Why even the ‘alternative’ National Anthem ‘Jerusalem’, a poem by William Blake is based on the story of Glastonbury and the Jesus connection.

And did those feet in ancient time.
Walk upon England’s mountains green:
And was the holy Lamb of God,
On England’s pleasant pastures seen!

On the summit you will find the remains of the tower of a church. There was a church on top since the 11th century. 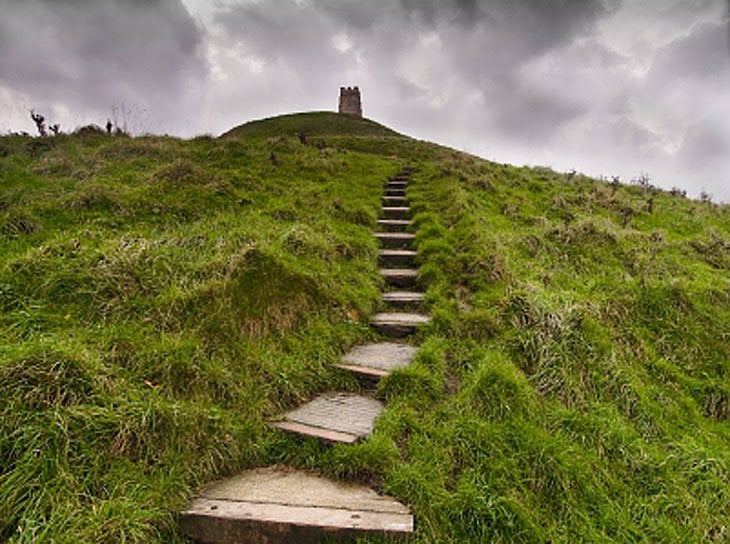 Some believe, some don’t and some are intruiged and there is much more history and myth to be consumed on a visit. For myself I am a nature and view admirer and this little hill does not let me down in any way. You can see it standing prominently from miles away or you can stand on the top looking out across three counties. Absolutely marvellous. 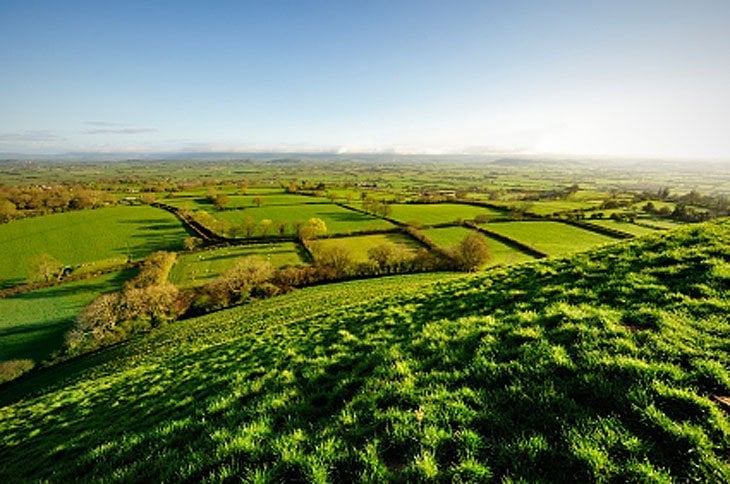 This hill is not alone in its legend status in the UK. There are many around with stories of giants, witches, ghosts, kings and more. I will show another soon. Thank you!