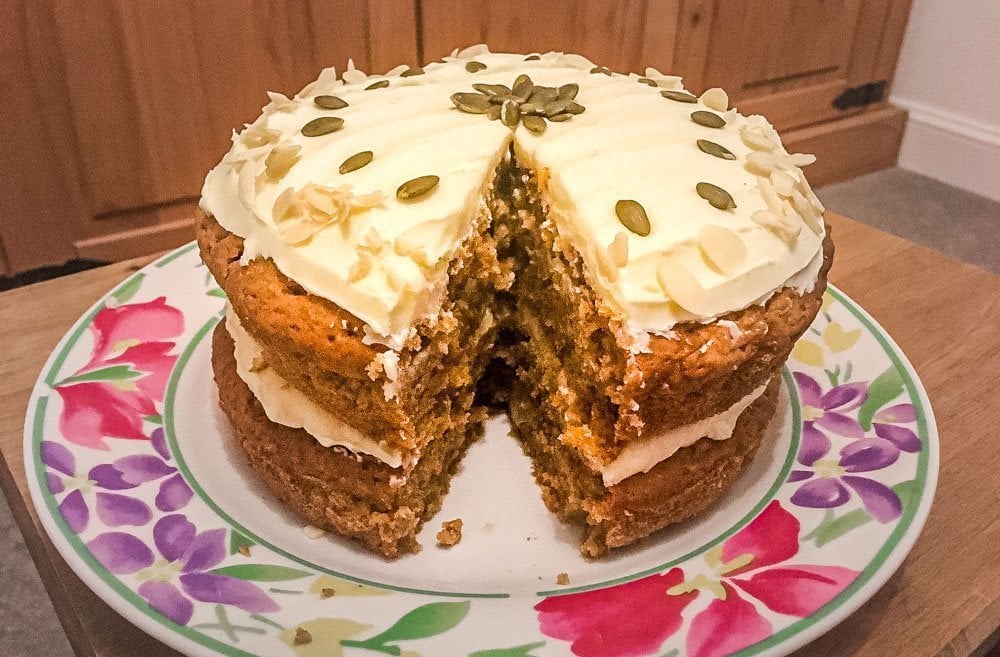 I love cinnamon in anything, one of my all time favourite cakes is a carrot cake! This one is super moist, mostly due to the large proportion of carrot and the added fruit.

I’ve never tried creating a vegan version of a cream cheese frosting which is normally associated with carrot cake, instead I usually make a zingy lemon buttercream which works just as well!

The icing calls for vegan butter, I used a ‘vitalite’ baking block, but a stork baking block or some other vegan spread would work too! Just be aware that a spread (margarine) will make your icing more runny than a baking block/vegan butter would.

Also, feel free to add in some chopped walnuts or pecan nuts to the batter (at the same time as the sultanas) if you wish!

Recipe by Jessica Wilkes
5 from 10 votes

I love cinnamon, one of my all time favourite cakes is a carrot cake! This one is super moist, mostly due to the large amount of carrot. 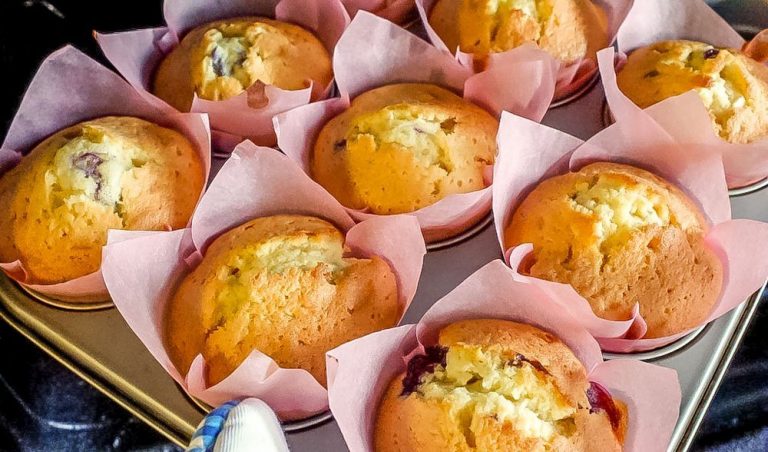 These homemade Blueberry Muffins are a healthy and wonderfully tasty treat. They are delicious served hot or cold. Serve warm for the best results. 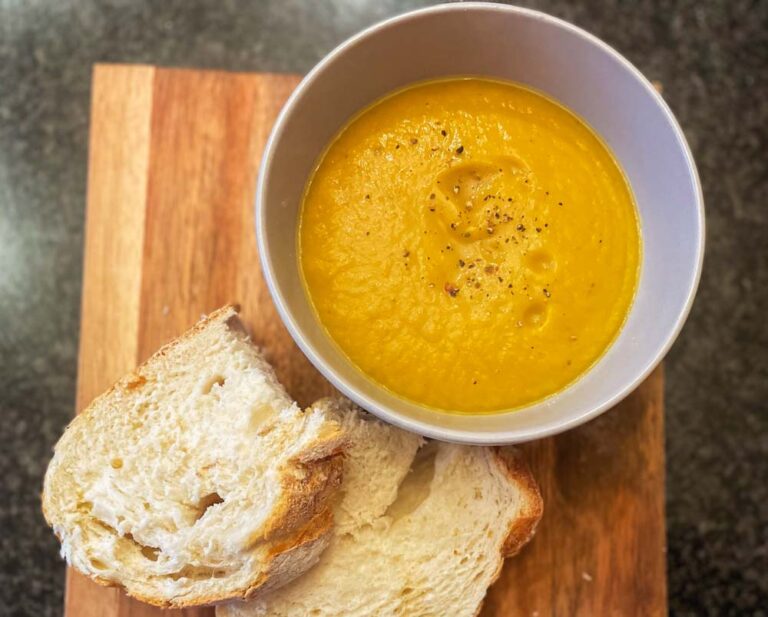 The Crown Prince squash has to be one of the most special looking squash available especially in Autumn! It’s ghostly pastel green skin looks so unusual compared to it’s own bolder squash cousins, yes the… 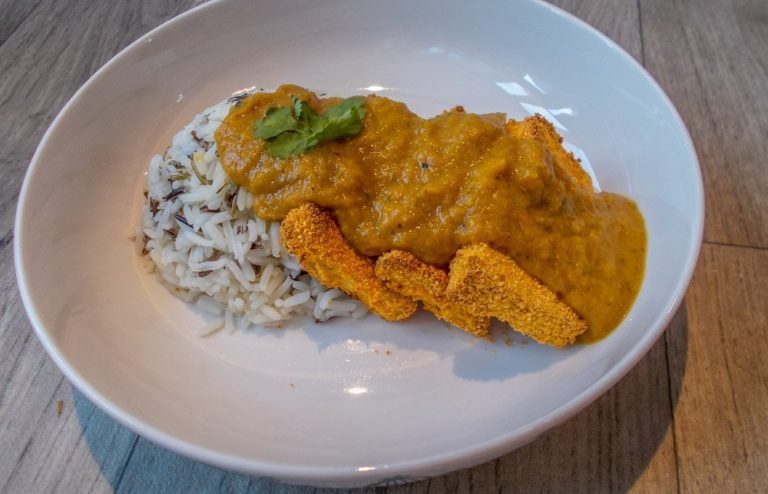 Katsu curries (even vegan ones) are becoming increasing common in restaurants and supermarkets, but if you glace at the nutritional information, more than likely you’ll be shocked at how many calories and how much oil…

An easy bake last minute boozy fruit cake, with a shot or two of rum or whiskey for good measure and I can guarantee it’s all gone in no time. This full flavored boozy fruit… 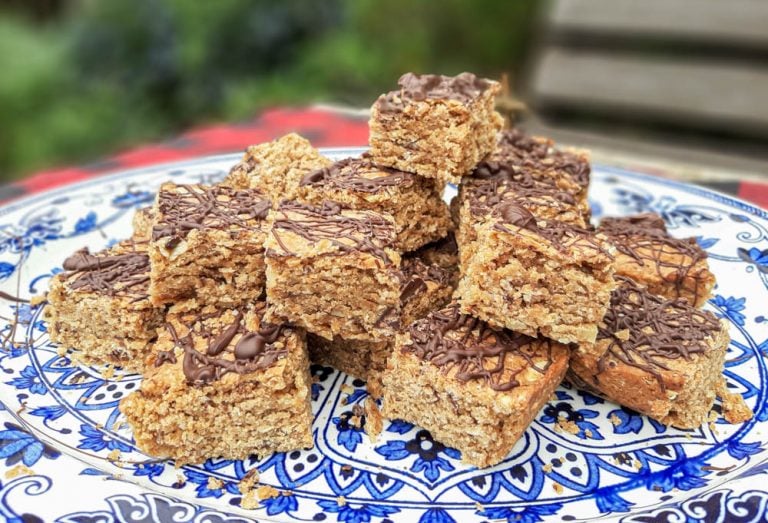 Chunky Vegan Oat Bites, a simple vegan bake that uses wholesome ingredients, and is vegan, but most importantly tastes delicious!  I’d been thinking about something to bake during lockdown in the UK that would use… 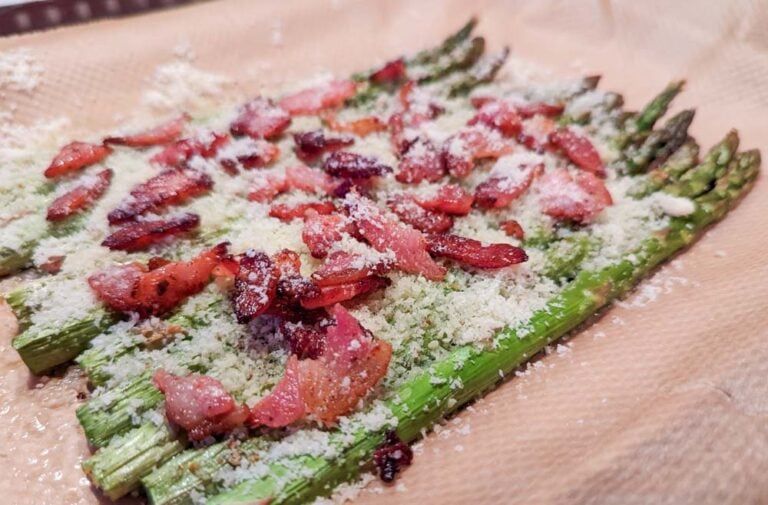 Roasted asparagus is a quick and easy way to get goodness and greens into your keto diet. And rather than have them plain or bland you can add lots of flavourful goodness to the dish…