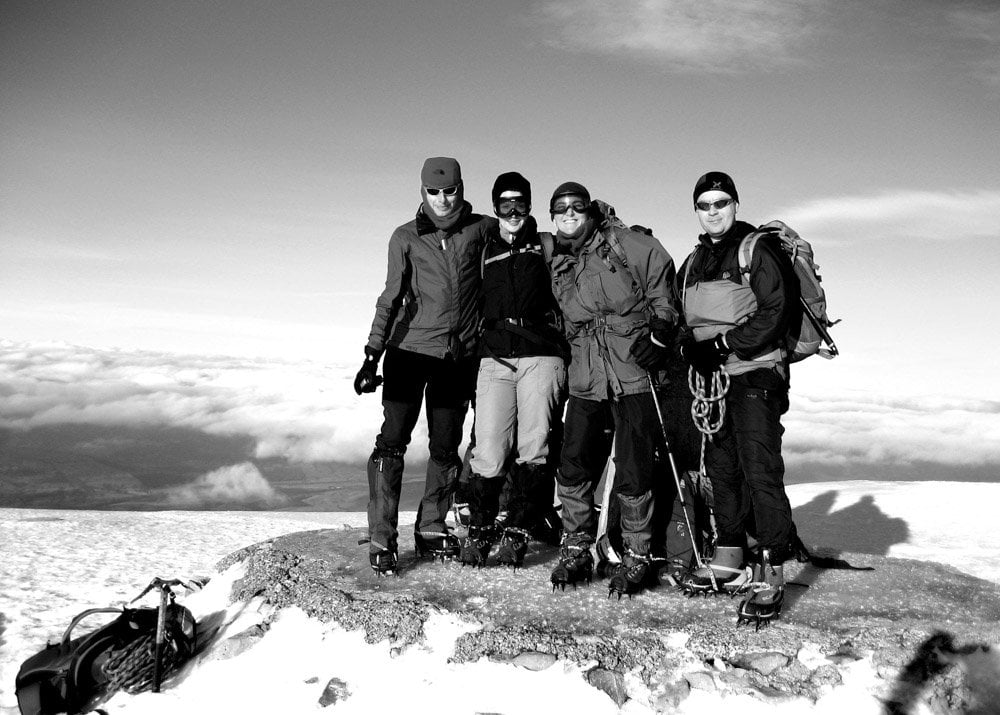 I have often wondered how productive we are in the comfort zone. That easy-to- light heart rate zone of life of being awake, but not enough to always engage the best opportunities to progress and improve.

Adopting the words of Marvin Phillips ‘The difference between try and triumph, is a little umph’ and it is this thread that runs through this short story to promote life-long learning.

After many years studying, there appears to be an expectation that everything else is mapped out. We will know where we are going, how we are going to get there and which route we will take.

My best friend Shelly and I met at school in the 1990’s. We hung out in all the cool places and shared many stories from the classes we took together. There were teachers we admired and those we could not wait to leave behind in the classroom.

During the 1990’s as pop-culture took off with different genres of life-changing music, sporting activities, film and fashion, we wanted new opportunities, but there were no guarantees what we would get. Most students had little idea of direction and we felt vulnerable for the first time in our lives. Shelly went on to study economics and I studied law and forced by life itself to make major choices at a young age, which continues to this day for many young people.

I recall a particular feeling having started my first full-time job. It hit me hard in the first week to realise there was no longer a six-week summer holiday break and there was no end of term. Instead, I had an allocated number of days annual leave, which back then was about 23 and I thought there had been some sort of mistake.

I called Shelly to check if she was any better off than I was. Hers was the same and our conversation soon moved to meeting up and using up some of our precious days off. We reflected on our student days and the concept of where we would be after education. Was it how we imagined? And was this it?  We wanted to be the main characters in our story, feel challenged, be proactive and make choices. We discussed new challenges and decided we would go and physically find the highest point in the UK.

Ben Nevis appeared to qualify as the highest point in the UK and with the highest mountain in Britain at 1,345 metres, we checked-out of our comfort zone and in February 2007 we climbed it to the top.

When Shelly and I met at school, humour connected us and to this day, we never run out of things to laugh about. But what inspires me is how humour and learning can motivate us to think and live differently and recognise that it is often how hard we play the game that enables us to become an expert in living.

The decision to climb Ben Nevis never seemed like a crazy idea, but a challenge. We had laughed about it as we chatted over what to pack, what to wear, what route to take and whether we were fit enough? Having complained constantly as a student for walking anywhere and passing my driving test at 17 and then driving everywhere, the reality of completing this climb was off-piste from my comfort zone.

Research on walks and climbs had shown that this was an achievable task for amateurs like us, but we needed to be mindful of the time not only to the top, but also the journey back down. Weather was a factor and researched suggested not to embark on this type of trek between November and May. So, we decided on February! A Winter climb.

We knew to reach out to competent mountaineers with years of experience in climbing mountains and who had been the guides for others. We recognised that hikers and climbers can get lost in poor visibility and simple mountain hazards such as rock falls and slippery slopes can affect even the most sensible climber.

We arrived in Fort William and met with our guides and discussed our route and all our gear, which included accessories that today would be confiscated by Border Security and have us both questioned. Our backpacks contained (among other things) – Army knives, a flare gun and 5 flares, Ice-axe, a lighter, a bottle of red wine and corkscrew to celebrate our success later.

This was my first visit to Scotland and from the moment we arrived until the moment we departed I could not really understand anything that was being said – unless it was the discussions we were having. Shelly was good at engaging with and translating the locals as our climbing ambitions were shared and generally our lives so far.  We left them with their phrase “You’re a wee scunner!” which we continued recite to each other in our broken Scottish accent.

The morning of our climb was early. Fuelled up from breakfast we headed to Lochaber and found the start relatively easy. We were so early and there were few others about. It made our start peaceful with the mountain grandeur captivating. We chatted along the route and continued to zig-zag over rocks and uneven trails in between stopping to take photos, pointing at lochs spotted along the way and eating Kendal mint cake, which was also among our accessories and should be a prohibited item for tasking rank.

The higher we climbed, the more committed we became at reaching the summit. What had started out as an idea had now grown into appreciation of forward planning, seeking professional guidance and nutrition.

The weather in Scotland is clearly quite different from the Mediterranean, but I will never forget the sunshine, blue skies and vibrant colour that continued to connect us the entire climb.

At the time, I did not appreciate how rare this was until sharing the story and photos weeks later with other explorers.

We could see the summit and it was time for crampons and the ice-axe. Despite the radiant sunshine around us, there was also snow, lots of it and we were pleased to be kitted out with the right gear.

People began to catch us up. An elderly man in shorts and t-shirt with no intentions of stopping ran by and waved.  It was then that I learned about the 3-peaks challenge. Others stopped and chatted with various comments about the weather. One lady even wore flip-flops, strangely enough, she did not make it to the summit.

The last 100 metres was tough. We were all roped together and unable to fall behind or stop for another rest, without the remainder of us being made aware. I could have easily given up. I could see the summit. I could see others taking their photos and making their way back down.

I remember processing the thought that I had done enough, I could see all there was to see and there was no need to go any further.

The mind and those inside voices can be hard to overcome. We can allow doubt to seep its way in and take hold of our thoughts like creeping ivy. As a team we continued to share conversation, albeit shorter as it became more challenging to breathe. We all had a goal to achieve and collectively our sense of purpose supported us.

Ben Nevis sunshine presented shadows of other climbers approaching, lit up sections of the mountain often unseen in poor visibility and enabled us to take some incredible photos. The decisions to make our way back down was made promptly. It was not a place to hang about. Weather conditions, whilst stunning then, could change suddenly and cause conditions to roll in at any time and the last thing we wanted was to receive the golden flip-flop award as the unprepared climbers, or head in the wrong direction.

Every cloud was coming in quite quickly. The sense of achievement tempted us to slow.  We could see nothing in any direction and the blue skies and points of interest vanished. It reminded me when coming into land on a plane (usually into the UK), where the decent is through thick clouds and we anxiously wait for the hills, roads (and runway) to re-appear.

Tired from an eventful day, we used our corkscrew and raised a glass to our success. The flares and other now-banned items remained packed away.

From academia to adventure, the climb was a lesson in acknowledging the struggles and psychological pressures but to simply keep going.  With mountaineering a popular representative framework for perseverance, the landscape, perceived risk and planning are unique.

The decision to climb according to George Mallory in 1923 – “Because it’s there” can apply to the desire to achieve beyond our comfort zone. It is there, waiting for us to discover something new to learn about.