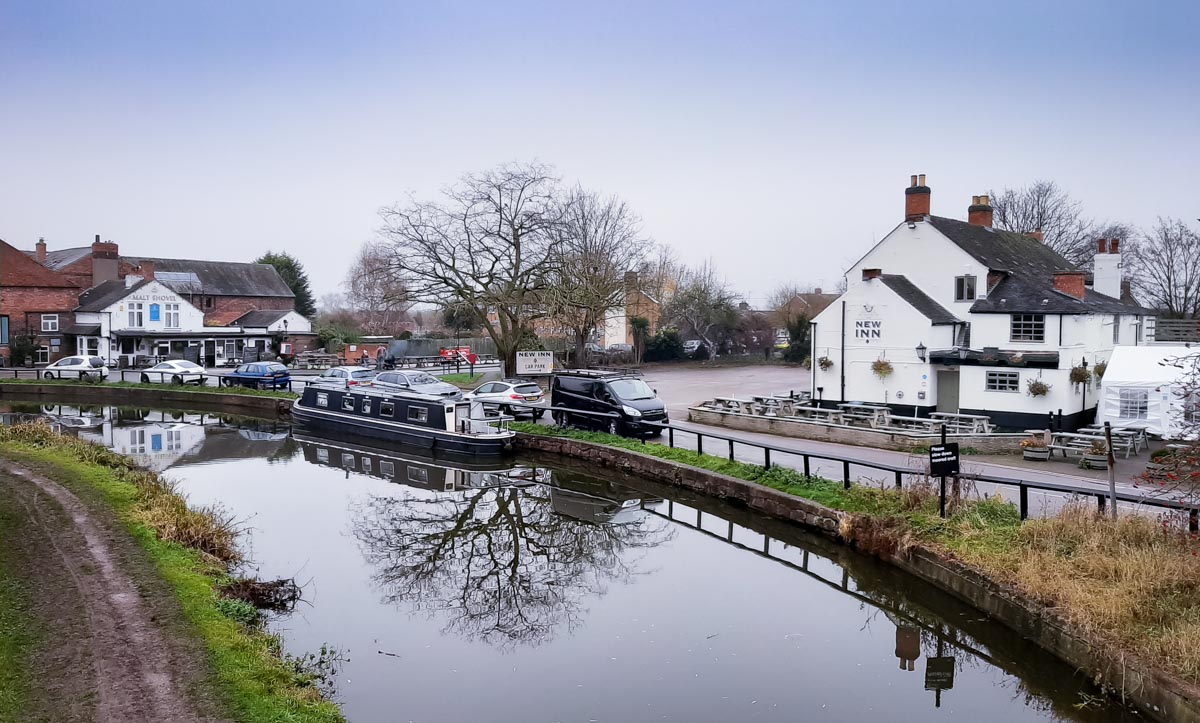 Shardlow on the Trent and Mersey Canal is a great place for exploring history and culture. It’s been a family favourite location for lots of years, at least since our eldest sons were small.

We’ve enjoyed walks and bike rides for miles along the canal and had picnic lunches on summer days. The village is listed as an important late 18th-century river port for the shipment of goods taken to and from the River Trent to the Trent and Mersey Canal which runs through the village.

It is thought to be Britain’s only remaining complete examples of a canal village and contains more than 50 grade ll listed buildings.  Some of its remaining pubs are also recognised as being early buildings in the village, The Dog and Duck is listed as being one of its earliest buildings which is in the designated Shardlow Wharf Conservation Area.

Some places and experiences build amazing family memories, and this is one of those places.  I’ve always loved being near water, especially since I lived beside the river Trent as a child. There are so many areas to explore from the riverside. The Nottingham and Beeston canal is a great start to many walks and bike rides. If the river Trent is followed from Attenborough nature reserve you will eventually reach Sawley if you stay on the riverside track all the way.  From Sawley marina cross the road and follow the canal route which is a diversion for boaters while the river splits off for a section.  One of the interesting parts along this route is on this stretch.  There is a cross section where the river Trent returns and crosses the canal and passes under long horse bridge, the Derwent mouth is to the left if you’re travelling towards Shardlow, and directly ahead is the Trent and Mersey Canal.

The Derwent Mouth is roughly one mile (1.6 km) east of Shardlow, and 2 miles (3.2 km) west of Trent Lock, where the navigable River Soar and the Erewash Canal join the River Trent. The Derwent mouth is about 9 miles (14 km) south-west of the centre of the city of Nottingham. Derwent mouth is roughly 7 miles (11 km) south-east of central Derby. At this point, the commercial canal barges back in the day needed a point for their barge horses to cross the river Trent to continue along the tow path towards Shardlow and onto the Trent and Mersey Canal.

The bridge became the way for the horses to cross, the original bridge was called Long Horse Bridge and was made of a wooden construction.

In 1893, after a heavy, sudden winter thaw, the wooden bridge collapsed because blocks of ice were carried down by the river and it shattered the support legs. Some bargees who had been trapped by the frozen conditions attempted to protect the bridge by adding heavy loads, and tried to fend off the ice floes. Eventually the bridge finally gave way, and James Thompson ended up afloat with the ice, and he was washed downstream, it was a close call for him but luckily, he later reached the riverbank unharmed. The wooden bridge was reconstructed again in wood, and in 1932 the Trent Navigation company rebuilt Long Horse Bridge using reinforced concrete which lasted for a good 70 years until the concrete degradation forced its closure in 2002 and demolished the next year, which I can remember well because it put a stop to our cycle ride and we had to return back to Beeston again without reaching Shardlow village.

The long horse bridge was eventually rebuilt in 2011 and the bridge we use now looks like a work of art and is built to last.  The cost of the new Long Horse bridge was 1.4 million pounds has a span of 52 metres (170ft) and weighs in at 60 tonnes. For the period of time without any crossing point on this stretch, the only diversion to reach Shardlow by cycle or on foot was by road, and over Cavendish bridge, which I’ll get to later on.

The village is listed as Serdelau in the Domesday Book and translated as a settlement near a mound with a notch or indentation, but there have been around 20 different types of spellings noted by historians.

There is evidence of human activity in the area that dates back to 1500 BC. A 12-foot-long (3.7 m) 1300 BC Hanson Log Boat, a Bronze Age log boat was discovered at the nearby Hanson plc gravel pit in 1999, it was sawn into sections so that it could be transported and conserved. The Bronze Age boat is now in Derby Museum and Art Gallery. Anot6her five years later, and a JCB in the quarry unearthed a bronze sword which was embedded in a vertical position in the gravel pit. There is also strong evidence of Stone age and Iron age activity in the area.

The village has a strong history as a transport hub and trade route due to the pack horse routes through the area and the river Trent below Shardlow being navigable all the way to the Humber Estuary.  The river Soar just 2 miles (3.2km) downstream has the same navigable quality. wide-beam ships and boats traded cargo commercially with the packhorse trails going across the area. The tariffs charged for the many goods passing through the port is what enabled the industrialist, Leonard Fosbrooke to build Shardlow Hall, and this led to skirmishes fought locally during the English Civil War for the control of this strategic transport hub.

Cavendish bridge and the toll tariffs

The Cavendish bridge is a crossing point over the river Trent which once carried the main London to Manchester turnpike. Now there’s the A6/A50 dual carriage way that by passes this route and reduced the traffic flowing through the village, though I can still remember using this road as a main route to get out on day trips, before the bypass was built, it was quite busy back then. Originally this was a ferry crossing point called Wilden Ferry, the hamlet of the same name was later located upstream of the current bridge.

The ferry was a replacement for the previous medieval bridges around the point, archaeological investigations at the Hemington Fields Quarry unearthed evidence that the three medieval bridges were destroyed by floods by 1140 and 1309. Cavendish bridge, the first, was a five arch masonry bridge that was built was designed by James Paine, and used sandstone transported down the river Trent from the quarry at Weston-on-Trent. The bridge was opened in 1760 and took its name from the patron of the scheme, William Cavendish, the bridge was a great improvement to speed up the crossing. As will the ferry crossing, there was a toll to cross until 1888. The most expensive toll was for Coach, Chariot, Landau etc.

With 4 wheels, and cheapest crossing was for soldiers which I believe were free to cross. The full list of tolls can be seen in my photo of the tolls on the last remaining part of the toll house at the side of the road close to the modern Cavendish bridge. The 5 arch masonry bridge fell in 1947 due to, yes you guessed it, more floods. The army put a temporary Bailey bridge using the original foundations which stayed in use until 1957 when this current concrete span bridge was constructed, there is now traffic light system in place to only allow single traffic to pass at one time. I remember the bridge before the traffic lights. Oops showing my age now.

Floods are still a problem throughout the area and as I write,  there had been flooded fields around the Sawley area along with many other parts along the river Trent as is the same in other districts. There are much better flood defences now along the route I’ve mentioned such as the flood defence scheme at Attenborough, where I remember as a child such terrible floods.

Obviously the bridges are stronger and much more expensive too. History is a fascinating insight into life and times gone by and I’ve enjoyed looking deeper into the background of one of my favourite spots. I often return to this lovely village and walk along the canal side, and occasionally stop for refreshments.

The Red Door café is a take away service at Holden House, a family run guest house, which is set on the banks of the River Trent.

They have rooms overlooking the lovely Derbyshire countryside in Shardlow. We have stopped here for delicious food and coffee on quite a few occasions.

My absolute favourite is their blueberry slice and a coffee. They serve freshly made cobs, sausage rolls, soups, a mouth-watering range of cakes and hot or cold drinks including tea or coffee.

I always look forward to returning for some of their amazing home cooked treats. The address is: 1 – 3 Canal Bank, Shardlow, Derbyshire, DE72 2GL

For now I’ll leave you with my Insight into Shardlow and the many bridges in it’s history.  We always called our dog walk from Sawley to here, ‘the walk of many bridges.’ Stay safe.