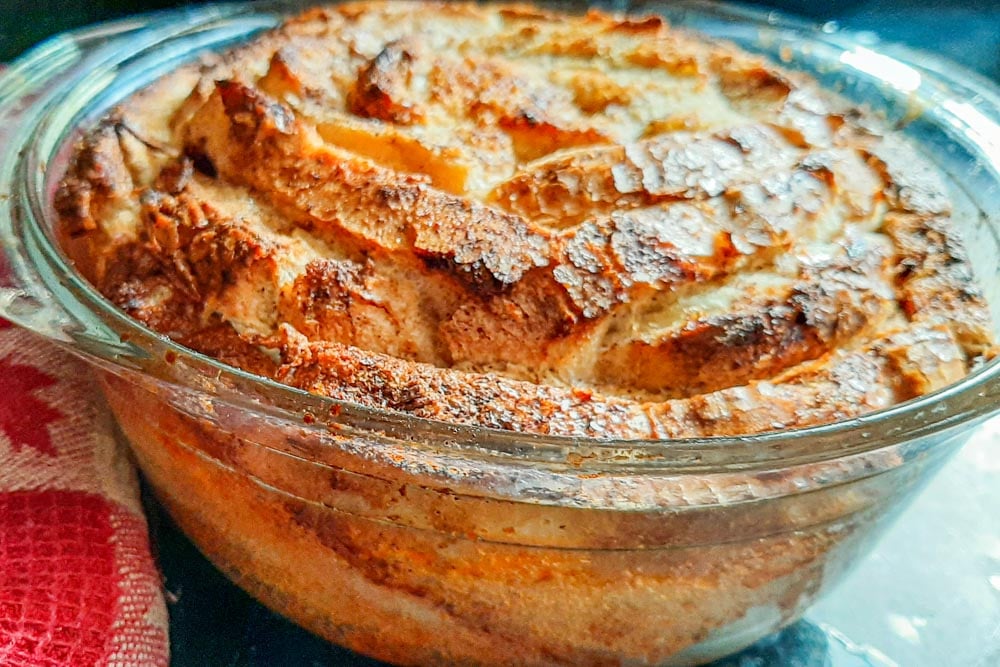 Bread and butter pudding is an old traditional store cupboard pudding, it uses up day-old bread, simple ingredients is easy to put together and not too costly, but it is so versatile.

There are many versions of this recipe, the most popular uses sultanas or raisins, but my new favourite is a cinnamon and honey variety.

I find the flavor combination works very well in this variety of bread and butter pudding, not as sweet but with a warming cinnamon spice.

I enjoy a slice served with a spoon of crème fresh and a shake of cinnamon and dusted with icing sugar, but it tastes equally delicious with cream, cream alternative or custard.

Bread and butter pudding is an old traditional store cupboard pudding, it uses up day-old bread, simple ingredients is easy to put together and not costly.

* The % Daily Value tells you how much a nutrient in a serving of food contributes to a daily diet. 2,000 calories a day is used for general nutrition advice.