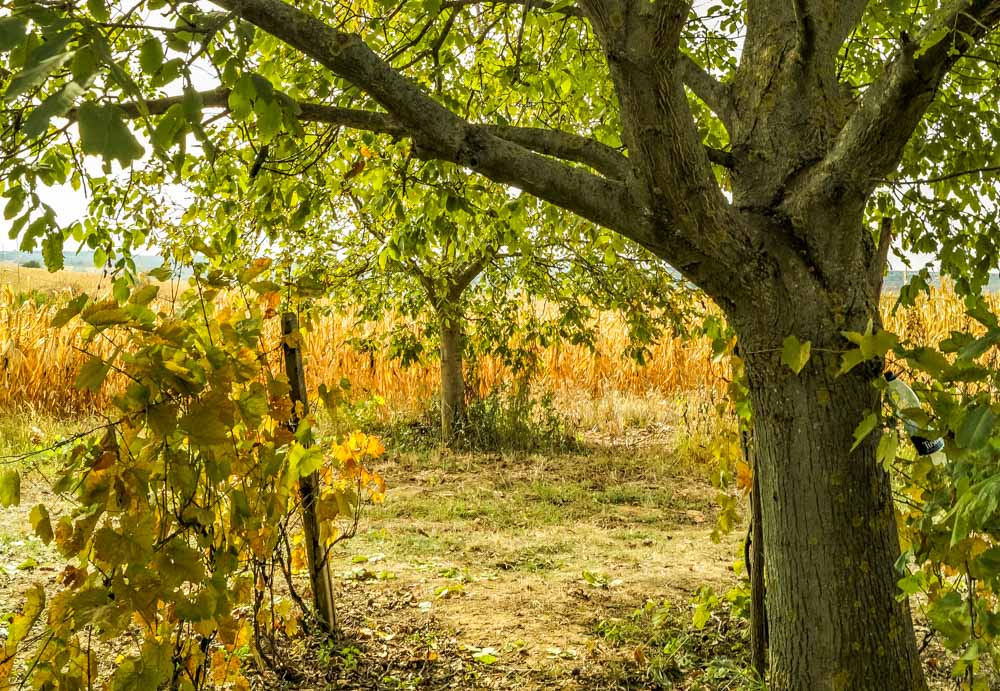 I love the countryside. I love walking, running and cycling in it and I delight in taking photographs of it. As I live in England, I’m used to seeing beautiful green fields, occasionally containing animals. Sometimes these fields turn a magnificent yellow when it is rapeseed season and sometimes they are a freshly ploughed brown. These multicoloured patchwork fields gain their definition by a surround of hedges, trees and sometimes by fantastic dry stone walls. I just love it all and it does my soul good.

Whenever I’m in a different country there are various things that I have on my list to experience. I love spending time with locals in a ‘real way’ rather than engaging with them as a tourist. I like gaining some insight into how things work in that country and I like experiencing the countryside in that new country.

I recently had the great privilege of going to Romania with a dear friend when she was visiting her family there. I therefore had a very good chance of ticking off all three elements on my list of things to experience. Here are a few thoughts, pictures and observations of a trip into the Romanian countryside while I was there.

In the village of Bihar, Romania, it seemed that to go into the countryside you had to go via a network of dirt tracks which we did in an off-road car. These tracks have the same status as public footpaths in England. After speaking to a local, I discovered that it wouldn’t be viewed as particularly safe to walk around in the countryside in all parts of Romania because there is a risk of encountering wild dogs and, in the mountains, brown bears.

There was a real variety of productivity out in the Romanian countryside but it was slightly different to the productivity that is seen in England. There seemed to be a lot of smaller areas owned by individuals or families alongside larger areas owned by farms. These smaller areas were essential for survival to families about half a decade ago but now that people have started working for companies, and consequently have enough money for food, the need for these small holdings is less so. Because of this changed situation large agricultural companies are now starting to rent or buy these areas of land from families.

Out in the Romanian countryside there were small vineyards which I found out were originally planted by the state during the communist era there, but in the 90s this land was returned to the original owners. (The first three pictures were taken near the one below.) I went in the autumn and the weather was similar to England at the time, but the presence of the vineyards made me fully realise that the summer weather reached far higher temperatures than I was used to in England.

There were areas where many Walnut trees were growing and this led me to investigate the structure of a growing Walnut. The outer layer was mushy and black and this part could be used as black dye. The walnut is found inside a green shell under the outer black part and the walnut is ready to be eaten when the green shell starts cracking. Liquor can be made out of young walnuts. Walnut trees are a very popular tree to be grown in Romania and there are many different varieties.

There were corn fields aplenty. Romania produces more corn than the UK and an important use for corn is to feed animals.

There were tomatoes being grown out in the countryside. They seemed to be allowed to fend for themselves which made me wonder about whether it was really essential for me to tie mine to a pole, feed them and break off the side shoots as they grow.

I was shown an old Rowan tree (see below) which I found out takes 15 years to produce fruit so it was viewed as very special and as something to appreciate. The fruit, which is shown in a photo below the Rowan tree, had a very interesting taste, sadly not one that I liked which is unusual for me when it comes to fruit!

There were plum trees and blackberries being grown in an organised way out in the countryside getting ready to be gathered by the people whose land that they were growing on. These would then be eaten by their family, shared amongst neighbours or sold at the market. I saw a lot of heart warming neighbourliness in Romania, people looking out for each other and generously sharing their produce with others. I came home with a big bag of home grown paprika which was kindly given to me ☺ and I have since shared that with 7 people to continue this sharing spirit.

Hidden away in amongst all the production surrounding it there was a little spring which had been there for decades. I got the impression that workers made use of that spring to quench their thirsts during times contributing towards their farming.

Not too far outside of Bihar there was an area that had been sold to an Italian brick making company and local people were employed to work there to excavate clay from deep in the ground.. Hopefully when mining had finished the land would then be sympathetically returned to a state that blended in again.

All of these activities, out in the Romanian countryside not very far from the Hungarian border, showed an example of people attempting to survive by making money for what they needed and also contributing towards a communal pot of resources that are required. These activities were led by the weather and also had been influenced by past politics and current job opportunities. This made me reflect upon the fact that this was probably the same motivation from county to country and the observed differences were only as a result of different countries ‘playing with a different hand of cards’ so to speak. This was just one of many conclusions that I reached after thought and reflection during my trip to Romania and they all did me good. As far as I’m concerned this is the joy of travelling.

I wish you rewarding thoughts on your travels.