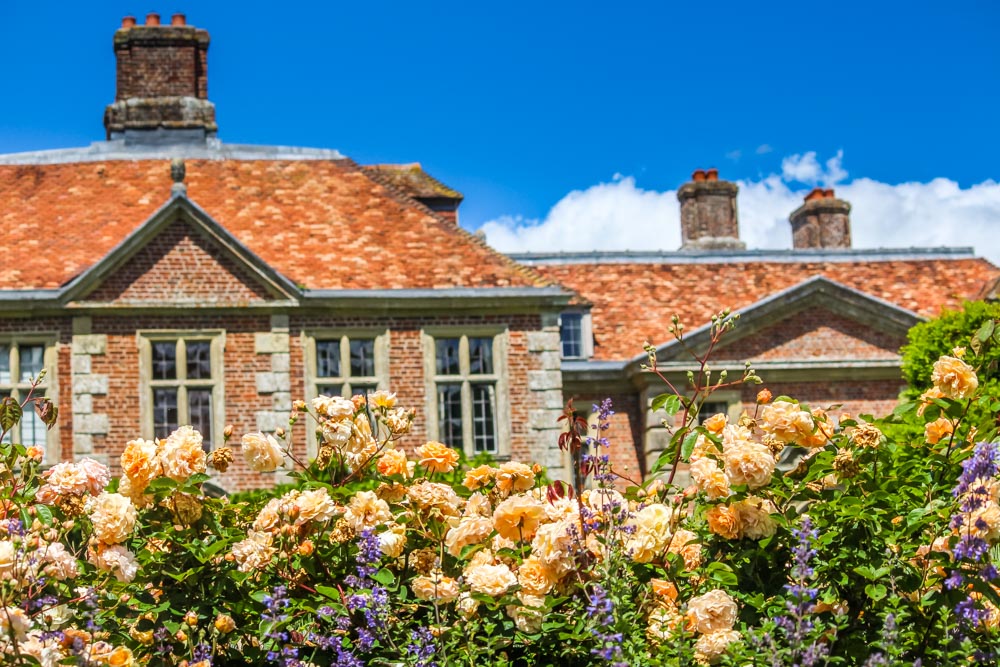 Between Salisbury and Amesbury, in the county of Wiltshire, there’s an area known locally as the Woodford Valley. This valley sits abreast the River Avon as it navigates its way south and winds its way through the lush countryside. 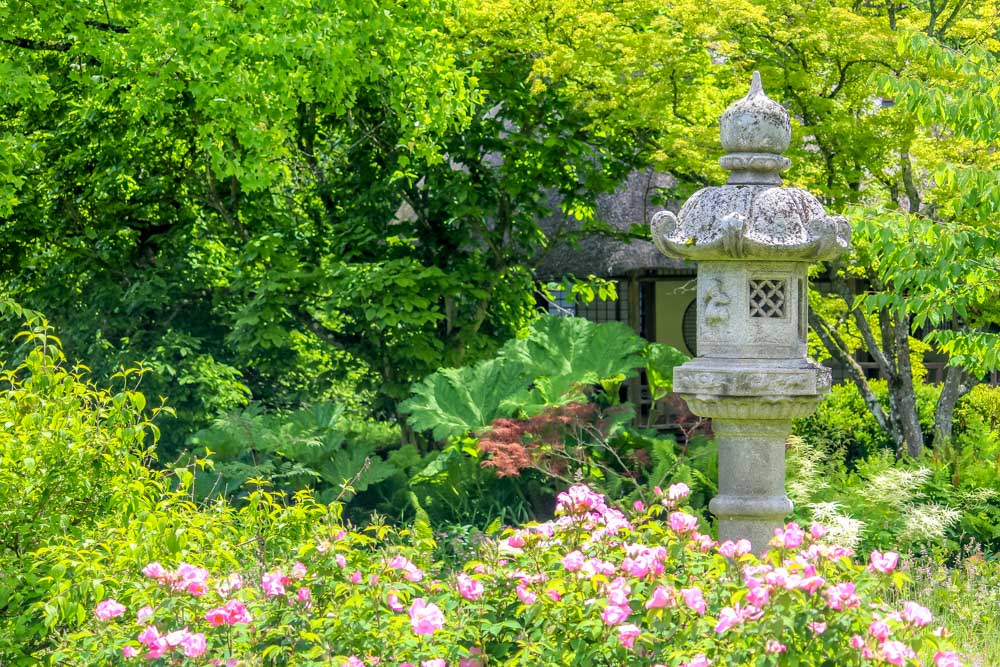 Now, if I were to ever win the National Lottery then the Woodford Valley would be a place that I’d love to buy a house. Beautiful thatched cottages, houses adorned with climbing roses and some amazing views, yet not too far from civilisation. Hey, if it’s good enough as a home for Sting then I reckon it’s a good bet (Sting owns the very grand looking Lake House in the village of Wilsford-cum-Lake). 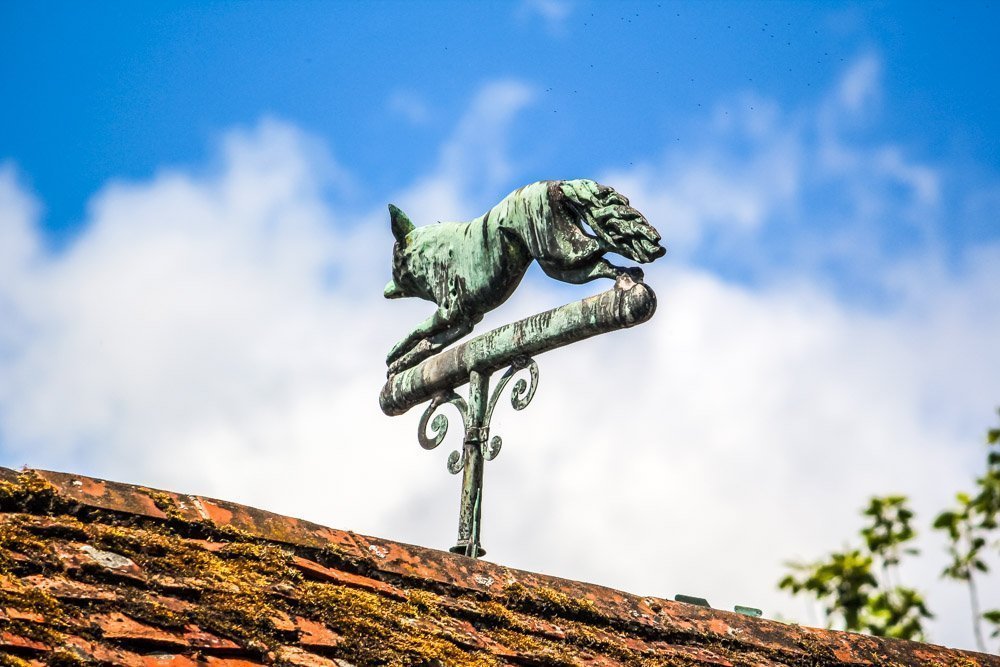 The Woodford Valley is a popular area for cyclists, with the Wiltshire Cycleway passing along some of its roads. It is also home to Heale Gardens, where my visit took me to on this occasion.

As you approach Heale, you drive down a long driveway lined with trees and a flock of sheep grazing on the lawn. Park up and then pop into the tea room and you can pay to enter the gardens here (the house is not open to the general public). Admission is currently £6 for an adult. 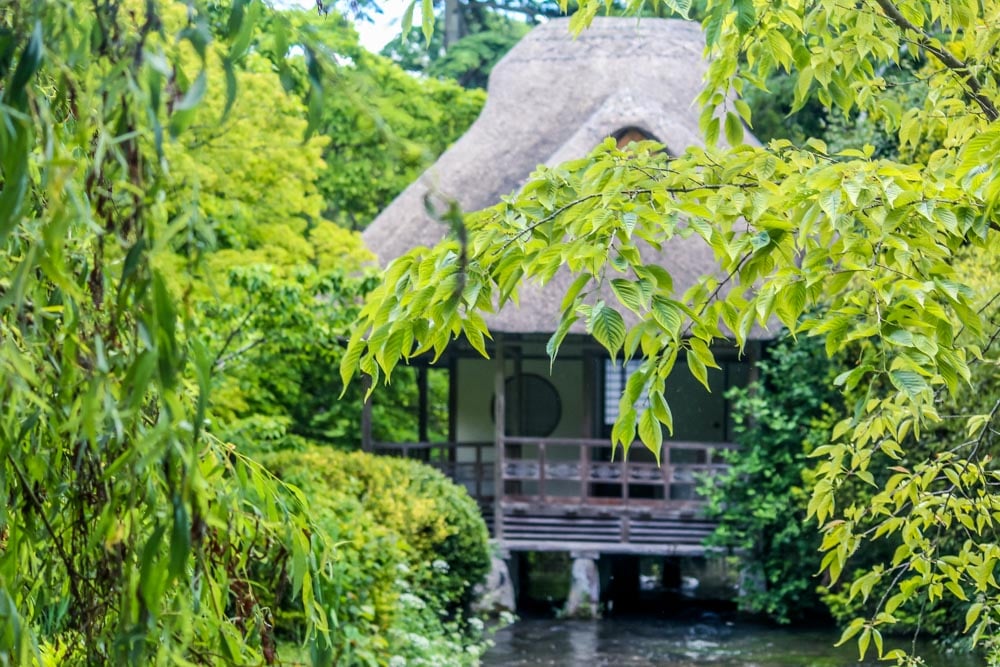 The first thing that struck me was just how tranquil it is here. It’s hard to imagine that you really aren’t that far from some of the hustle and bustle of major tourist attractions such as Stonehenge (especially for my visit being on the 21 June; Summer Solstice!). 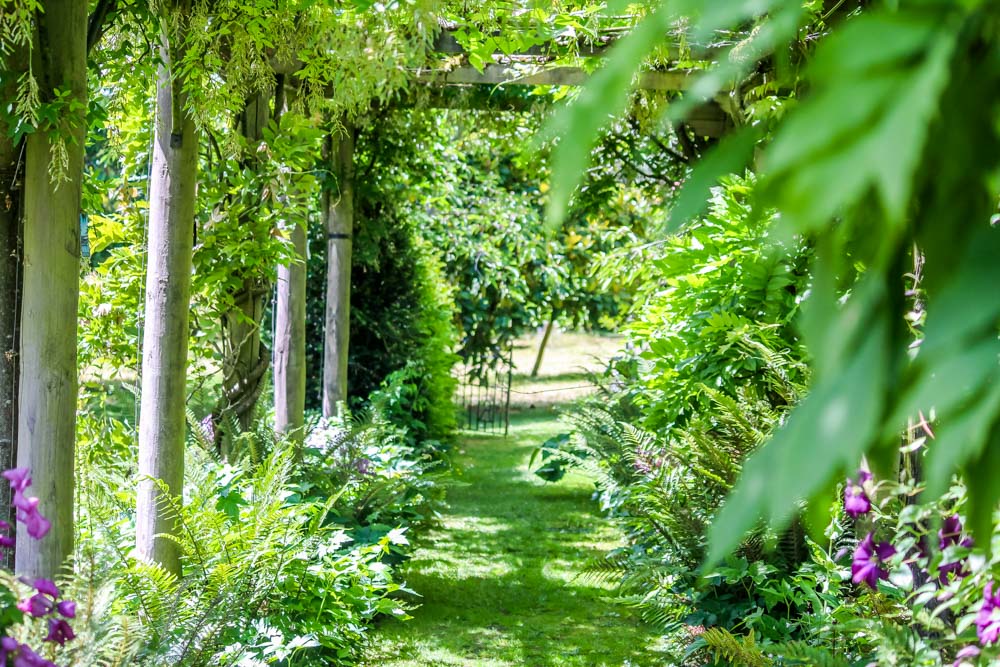 The main sounds I could hear were of the River Avon gently flowing by and the mewing overhead of a couple of buzzards soaring over the valley. 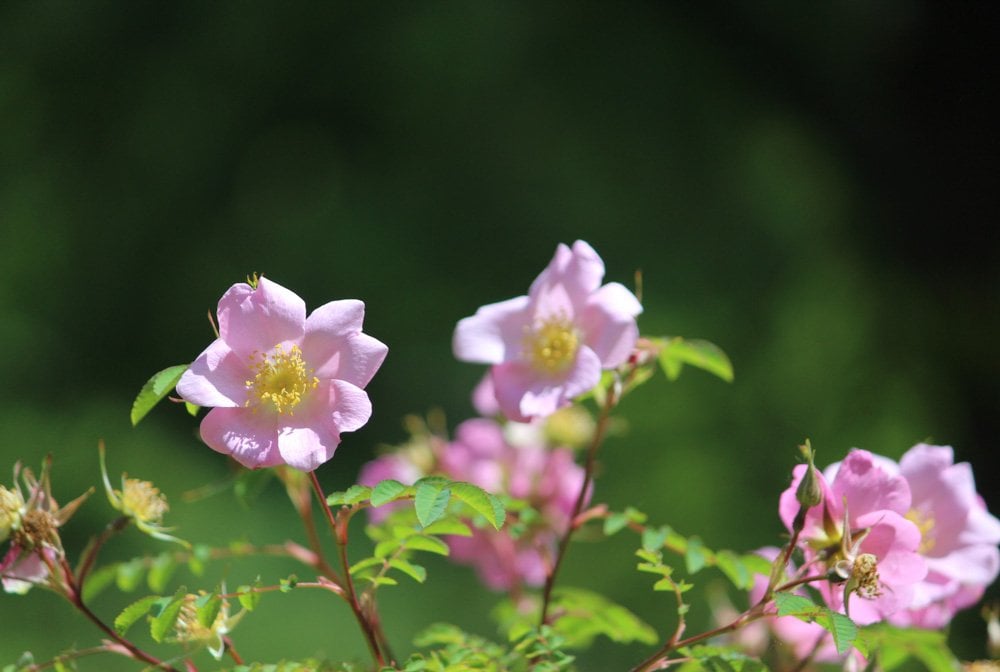 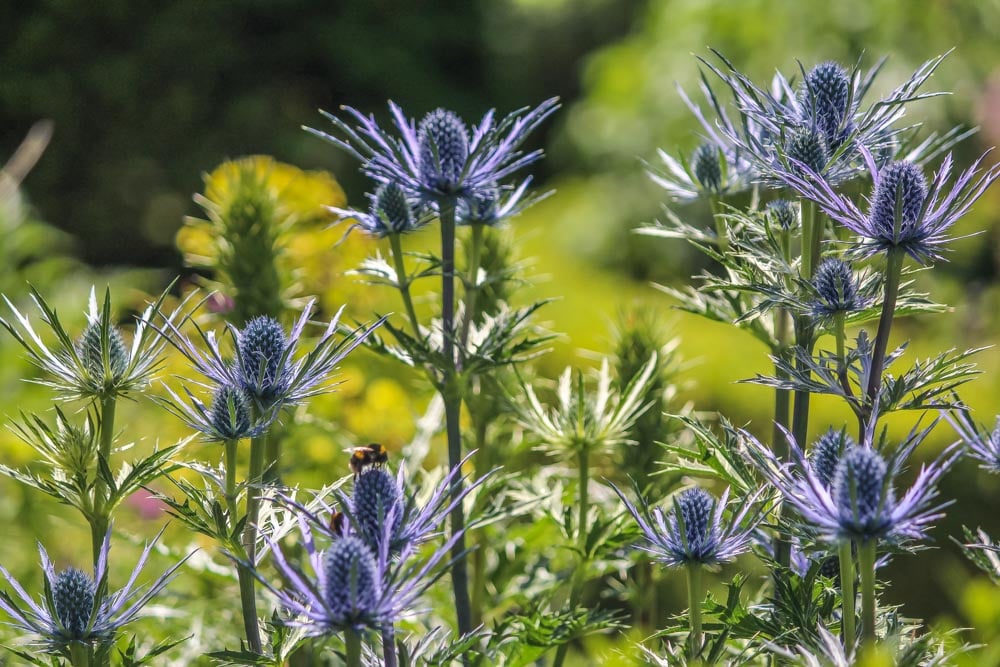 To the left as you enter the gardens is a walled garden area with a mass of foxgloves, alliums and tunnels covered with wisteria. Here also lay a small vegetable patch and a caged area where fruits such as raspberry are being grown and sweet peas are trailed up bamboo poles. Bees of all varieties were darting in and out of the flowers collecting their nectar and it is a real suntrap in here. 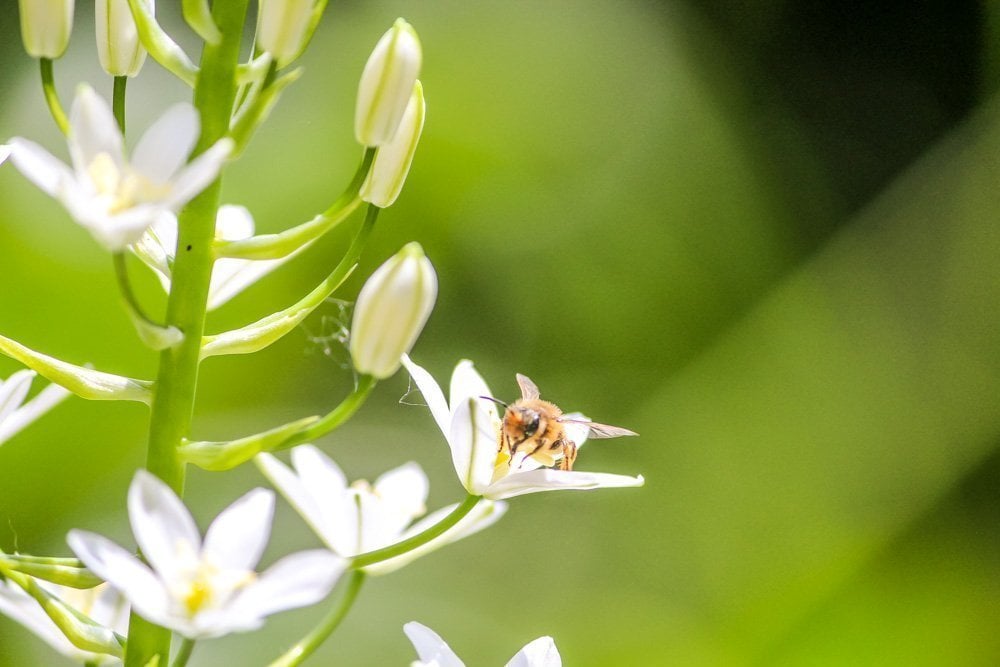 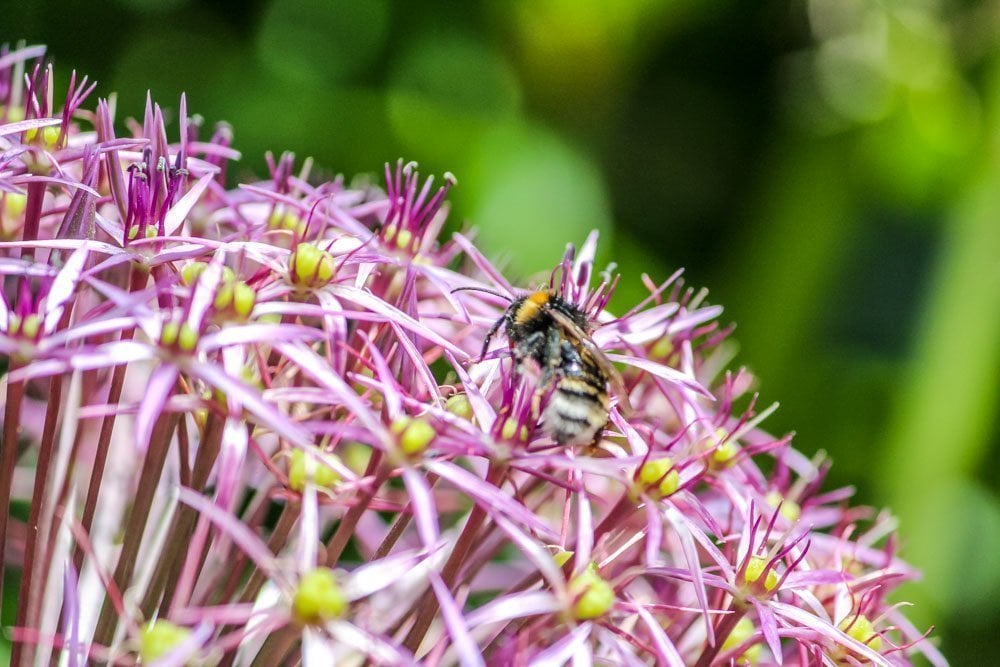 Upon leaving this area of the garden I walked in the direction of the House and noticed a pair of peacocks darting around and looking all so proud of their surroundings, I don’t blame them really, it’s pretty spectacular here! The perfume coming off the roses in this area was absolutely beautiful and just makes you think of warm summer days. Plus the roses complemented by the lavender was just such a typical quintessential English scene. Hmmm, I could live here I reckon! 😉 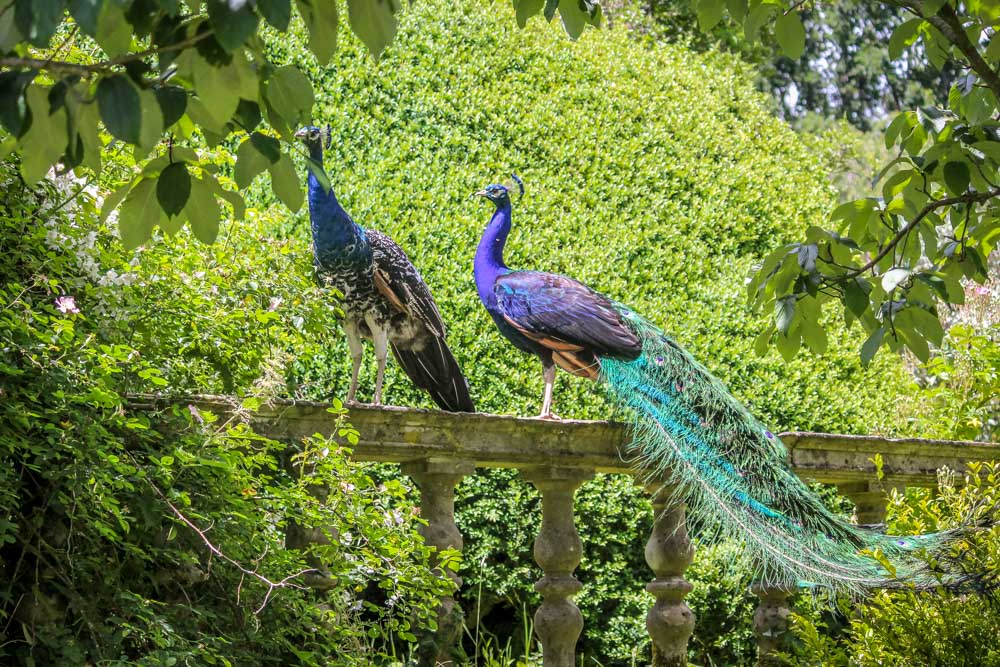 The House itself, although not open to the public, is beautiful in its own right. The majority of Heale House was built in the late 16th century and its exterior is very grand, yet not over the top like some historic houses are . In 1651, King Charles II took refuge here for six nights before travelling onto Shoreham, where he took a boat across to France, a claim in Heale’s fame! 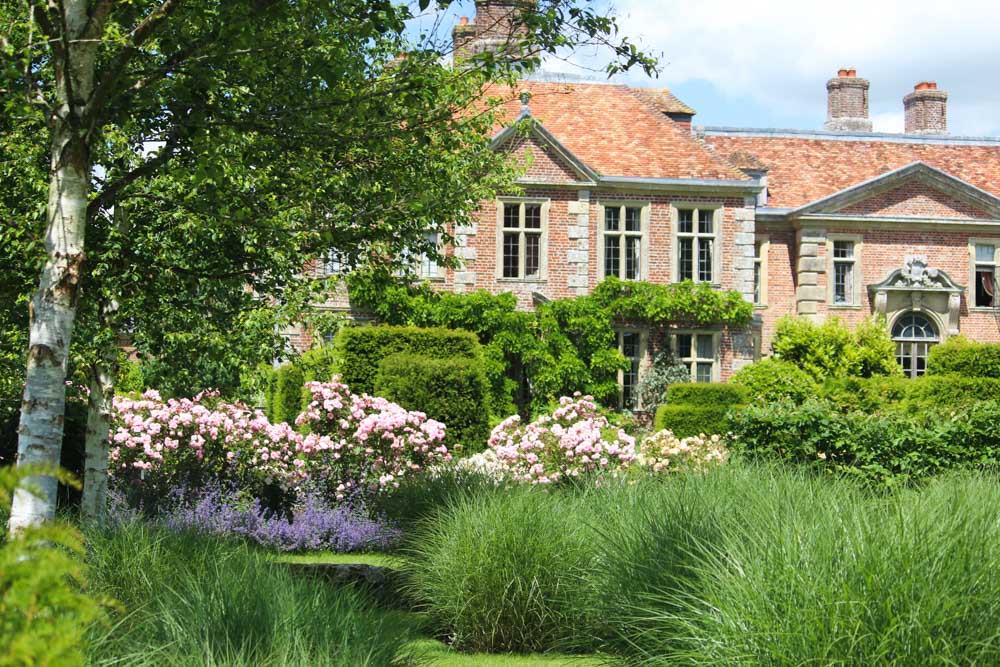 I rested up for a while watching a tributary of the river and soaking up all of the views around me. If you love to nature watch like I do then look out for banded demoiselle damselflies, fish in the river (trout I think) and a variety of garden birds; I spotted robins, blackbirds and chaffinches. Plus, I saw a couple of red kites scanning over the valley as well. 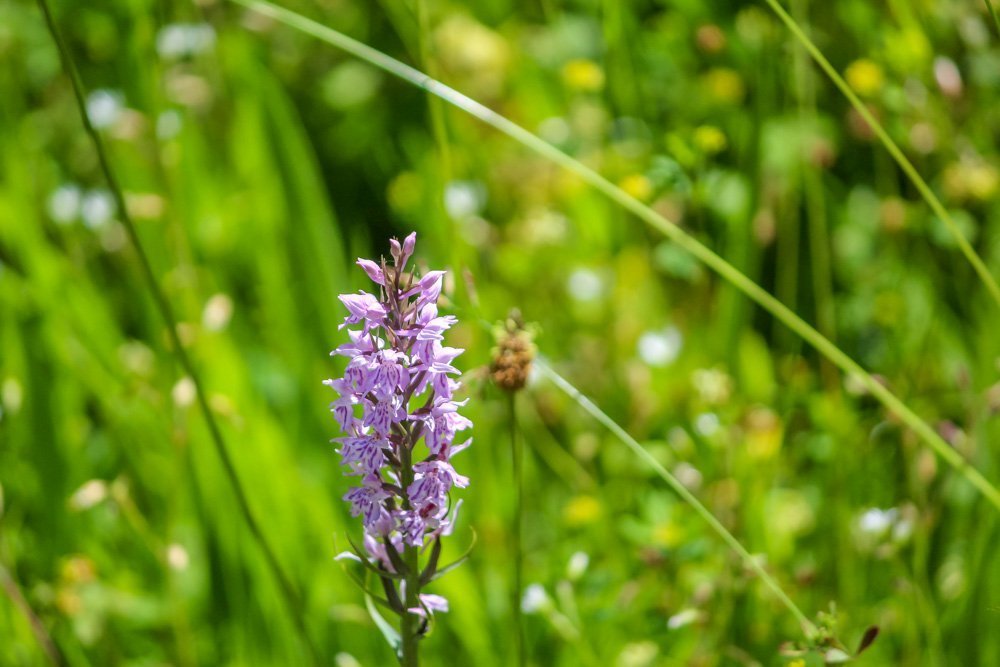 The rest of the gardens pay homage to a Japanese theme with a wooden red bridge, small islands made breaking up the river and little bridges made from large stones, wooden planks or more traditional structures spanning the water. There is also a thatched building that spans the river, I’m not 100% sure what this building is used for but it looks like it might be either an area for the residents of Heale House to relax or possibly an old fishermen’s area. Although not a massive garden in the grand scheme of things (8 acres in total), you can easily spend an hour or two on a fine day just wandering, taking photos and admiring the scenes. 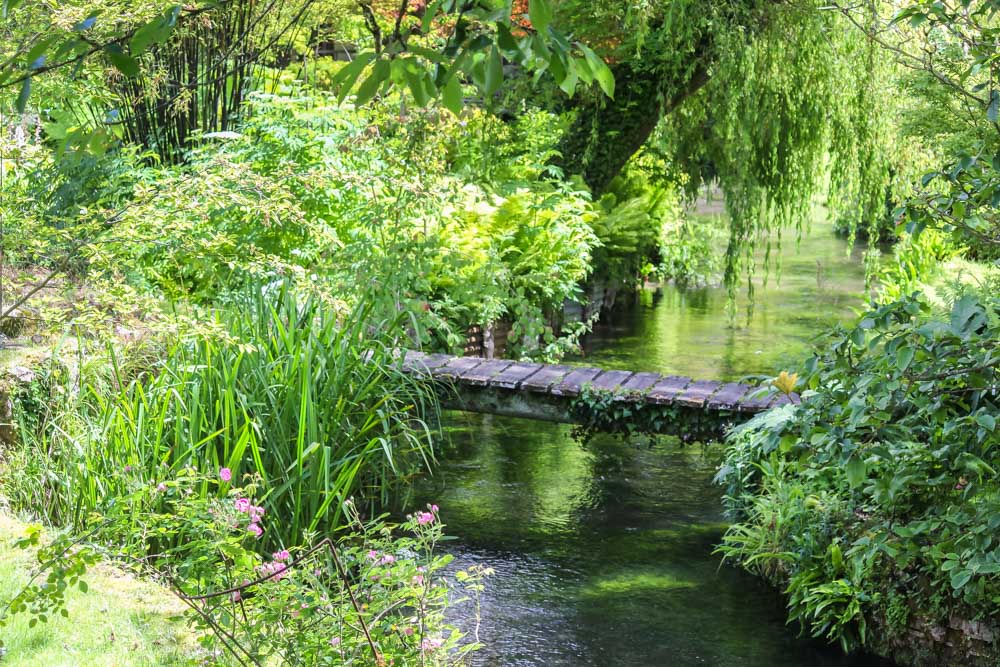 If you fancy it then there is a tea room onsite which overlooks some of the water meadow as it leads down to the river. They sell a range of homemade cakes which looked very tempting. There is also a small nursery area where you can buy a range of plants including many that you can find within the garden.