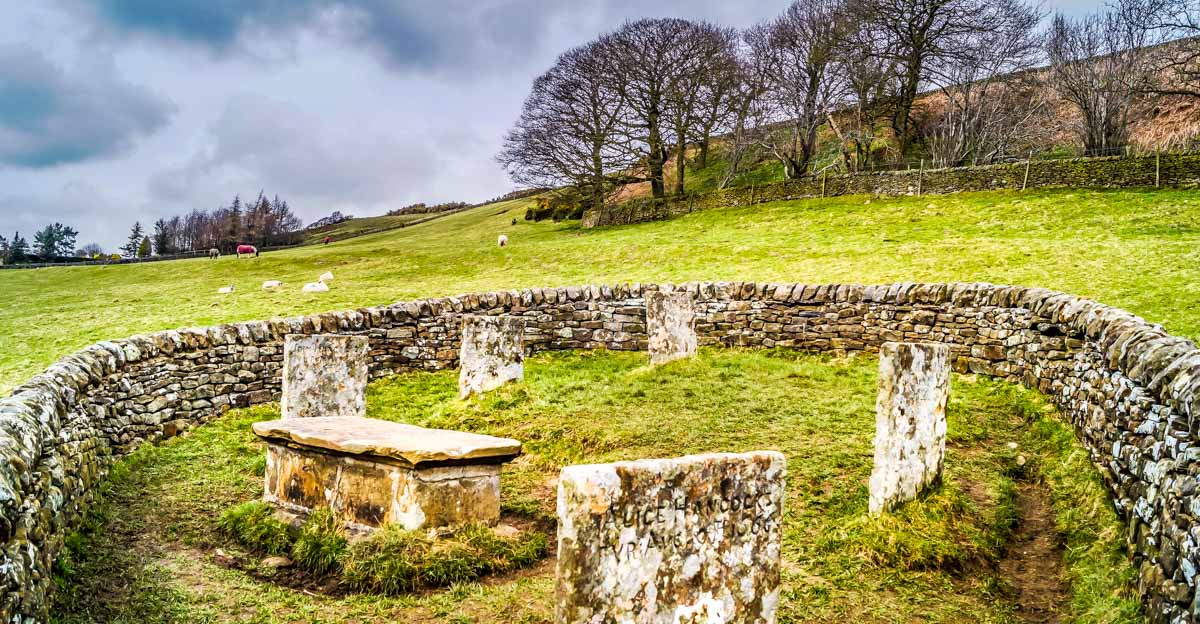 My previous articles have been a celebration of happy times, or of my appreciation of wonder and beauty. This article is slightly different in that respect.

It does feature a very beautiful place, the village of Eyam in the Peak District. However due to village’s connection with the plague in the 17th century, there is much sadness to be remembered too when focusing on the place.

I have been to the Peak District many times and I often go and visit the village of Eyam because of its interesting history. I began my most recent visit with a walk down the High Street to look at the plague cottages.

These cottages are named as such because of the high density of people who died there after contracting the bubonic plague. By all accounts the plague entered the village in 1665 by means of a piece of cloth sent to the local tailor.

George Viccars, his assistant, who lived in what is now called Plague Cottage (pictured below) was the first person to die from the disease and others soon followed over the many months that the plague ran its course and claimed the lives of the majority of the village.

Rose cottage (pictured below) neighbours Plague Cottage and its plaque also sums up the devastation that happened there during the plague’s rampage through the village. Out of these two cottages, only Mary Hadfield survived.

She kept her life but while you stand there reflecting on the facts in front of you, as written on the plaques, you wonder what sort of life that became for her; she had been through the worst kind of torture – watching her loved ones die one by one.

Mary had no doubt been strong for everyone and to conclude this she was left alone. I would love to know what happened next in her life and would like to think that she went on to find some sort of happiness despite it being a happiness heavily laced with scars.

Further plaques describe similar states of affairs. The Hawksworth family’s house is the Plague Cottage’s other neighbour and it also describes a similar situation where only Jane Hawksworth survived.

Over the road at Bagshaw House, and in the whole village, similar stories were played out. A lot of the deaths in this area of the village seemed to have happened during September and October 1665. What sort of conclusions did the people of Eyam draw about why this intense period of devastation was happening to them all of a sudden? How well informed were they about the nature of illness?

Self Isolation and Quarantine

During this horrific time Reverend William Mompesson and Minister Thomas Stanley took a lead to preserve lives. The most noteworthy of their decisions was to quarantine the whole village in an attempt to save other local villages from the heartbreak that befell Eyam villagers.

A system was used whereby money soaked in vinegar was left at village boundaries in exchange for food and medicine.

Villagers weren’t allowed outside of the boundaries nor were outsiders allowed in, all in an attempt to selflessly isolate the plague to Eyam. How difficult it must have been for the villagers to fight the urge to flee from what was going on around them and instead to face the devastation courageously, fuelled by the thought that their potential losses would guard the lives of many more who lived in the area around them.

The church is further along the High Street and it features an 8th century Celtic cross in its graveyard.

The Church also features a stained glass window designed by Alfred Fisher and installed in 1985. It visually tells the story of the plague.

After my time in the High Street, I walked along the Causeway and up Riley’s Lane to the Riley Graves (in the main image atop) which is the site where the Hancock family were buried. They were all victims of the plague and died in August 1666.

From this point, there are beautiful views over the open countryside.

A short walk from this point, took me to Mompesson’s well which is also on the outskirts of the village. This well was one of the points at which the vinegar soaked money was left in order to buy provisions from people in neighbouring villages.

From Mompesson’s well I then walked along Edge Road towards Eyam Moor and took a footpath around it. The moor was bleak but beautiful. The views towards the open countryside whilst standing on the moor were uplifting to say the least. I could stand and gaze at them for ages and just feel my spirits rise.

To conclude this article on my visit to Eyam, I would like to mention a banner that I saw in the church which referred to hope. It suggested that hope sustained the selfless villagers of Eyam during their time of confinement, death and despair; sure and certain hope. I’m imagining that their hope centred on the fact that their nightmare would soon end, that they could protect others and that they would soon go on to see happier times.

I’m choosing to take inspiration from the heartbreaking story of Eyam’s past and to also have hope in difficult times. To look at wonderful views, like those on the outskirts of Eyam, and let them also represent hope for whatever and whenever it’s needed.