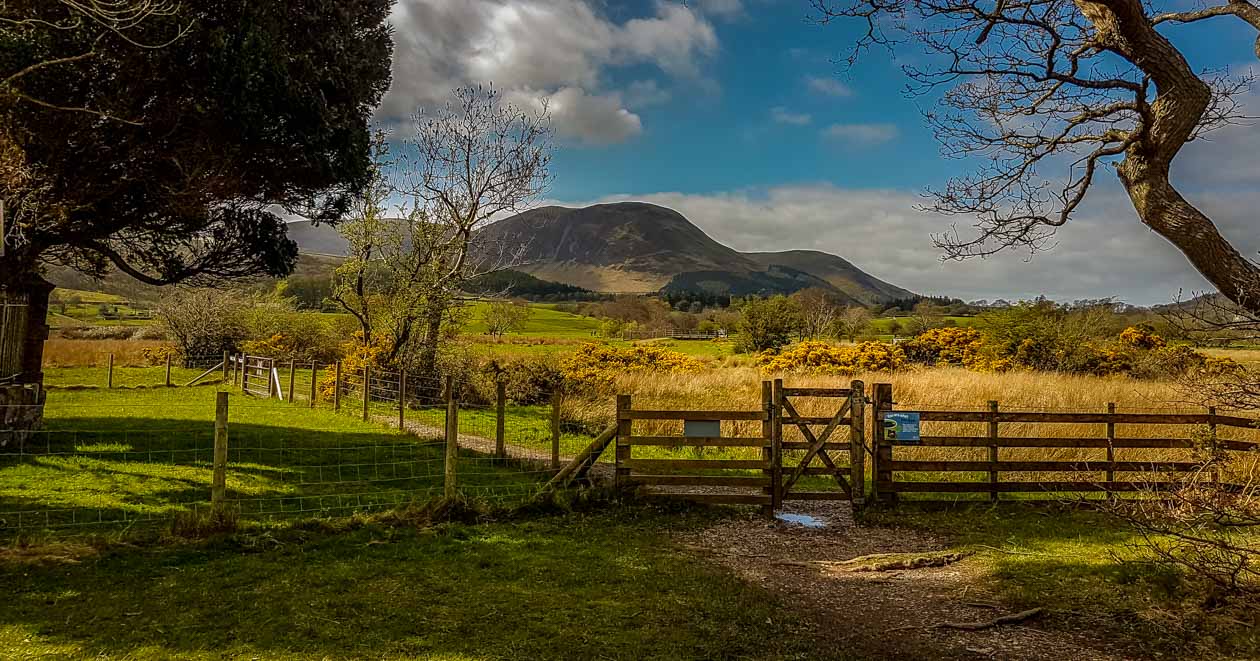 On a recent family holiday we decided to stay in a little village called Beckermet, West Cumbria. We stayed in a converted forge which was beautiful and compact, comfortable, but a little bit creaky!

We love the Lake District and usually stay in Hawkshead as it is more central to all the popular attractions i.e. Windermere, Ambleside and Coniston. However, we decided to venture further West this time to stay in this quaint little village.

Beckermet is situated near the coast between Egremont and Seascale. It is only 3 kms from Sellafield but this is only visible from higher parts of the village.

The name Beckermet seems to have derived from the names of 2 streams meeting (Kirk Beck and Black Beck) and there have been many mispronunciations  over the years, the earliest from 1130 being Bechemet translated as “hermit’s stream”.

Until fairly recently Beckermet had 2 parishes, Beckermet St. Bridget and Beckermet St. John. St Bridget included the small village of Calderbridge and the hamlet of High Sellafield, plus about half of the nuclear plant.

The ‘low church’ of St. Bridget is of Norman origin with 13th century modifications. The churchyard holds 2 ancient crosses one of which has a runic inscription of which the translations vary greatly.

Whilst staying here we had a few good trips out including a visit to St. Bees and Seascale.

St. Bees is the most westerly point of Northern England, only 50 miles from the Scottish border and visible from the Isle of Man (approx. 40 miles as the crow flies).

It has a RSPB reserve which includes kittiwakes, guillemots, razorbills and puffins and is the only breeding place for black guillemots. It has a Norman priory dating from 1120 and a 400 year old school. It is also the start of Wainwright’s ‘Coast to Coast Walk’.

The station is also on the Cumbrian coast line and is one of the few mandatory stops which includes Askam, Sellafield, Ravenglass and Millom.

Another of our visits was to Seascale which is a small seaside resort which was very popular in Victorian times due to the introduction of the Furness railway in the 1850’s.

Its history dates back to early Norse settlement and Roman times. Whilst walking through the village you can see what first attracted Victorians to this area as it is very peaceful and tranquil.

The first lake we visited was Ennerdale Water which is the most westerly lake in the Lake District. It has some of the best known fells which include Great Gable, Green Gable and High Crag.

The village of Ennerdale Bridge is nearby and only has 2 pubs and a few houses. Whilst we were there they had a royal visitor (Prince Charles) who was visiting the Community Centre to unveil a plaque commemorating his visit in recognition of regeneration in the area.

The Community Centre known as the ‘Gather’ (named after the autumn meeting of farmers on the fells to sort sheep) as played a large part in the regeneration of the village. The community raised more than £700,000 to transform a former Forestry Commission building into a centre which houses a café, gymnasium and meeting area.

Unfortunately I didn’t get a picture of Prince Charles due to crowds and security, although he did give a cheery wave !

Our next visit was to Crummock Water, where we enjoyed a very pleasant walk along the shores of the the Lake. It was very bracing but the sun was shining ! Crummock Water is situated between Buttermere and Loweswater.

The hill of Mellbreak runs the full length of the lake on the western side and Alfred Wainwright once quoted it as having ‘no pairing of hill in Lakeland have a closer partnership than these’.

A statement that sums up the true beauty of this magnificent part of the country.