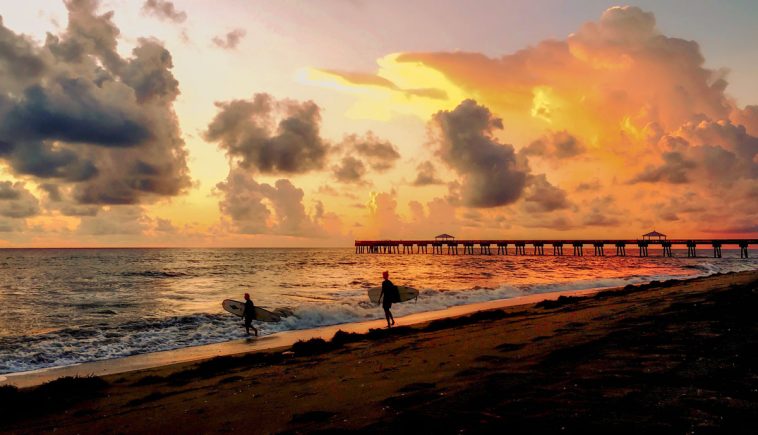 When myself and Hubby decided to move from Myrtle Beach, SC to Jupiter Florida, and we found ourselves living a mere 3.2 miles from the beach, I decided to create a tradition.

Jumping up before the sun reaches the horizon and to see if I could capture some decent sunrises around Juno Pier was my plan. 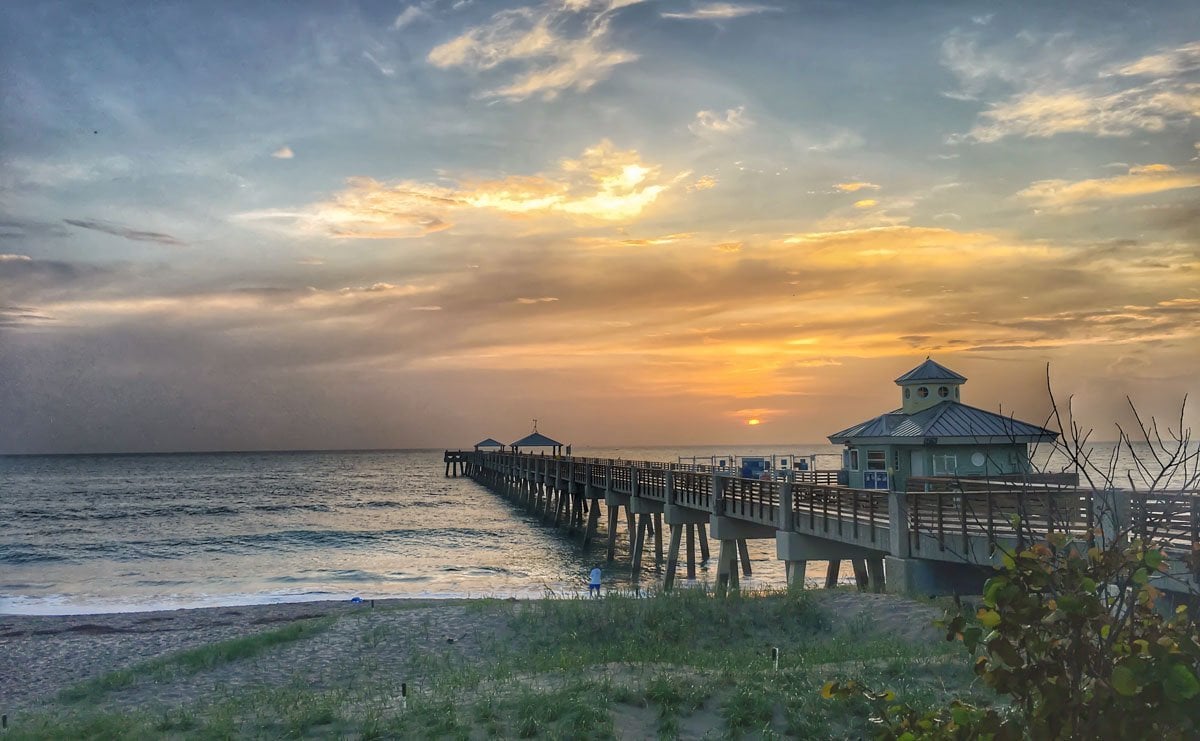 No, of course I couldn’t do it every single morning, we do get a lot of rain in South Florida and we had one or two little windy events which put a damper, excuse the pun, on my dawn forays.

Having lived in Fort Lauderdale for over 22 years, we had traveled up the coast quite a bit and I remembered that there was a very cool pier up here. 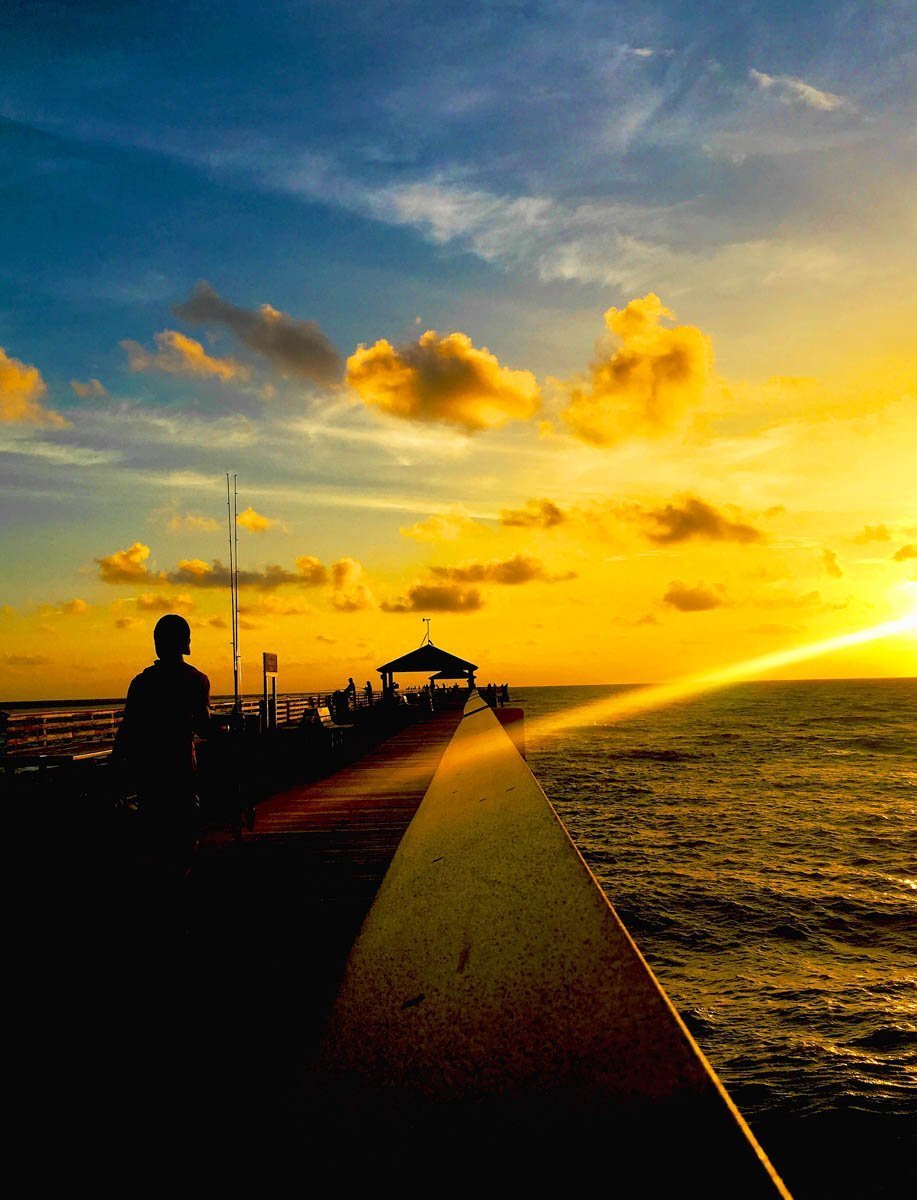 Of course I was excited to live so close to it, I love the way they look and it brings back my childhood growing up in Murrells Inlet South Carolina.

We did lots of fishing and crabbing, we spent many happy hours in the sun and warm summer days, throwing a chicken neck wrapped in a string down into the water and pulling up loads of blue crabs. 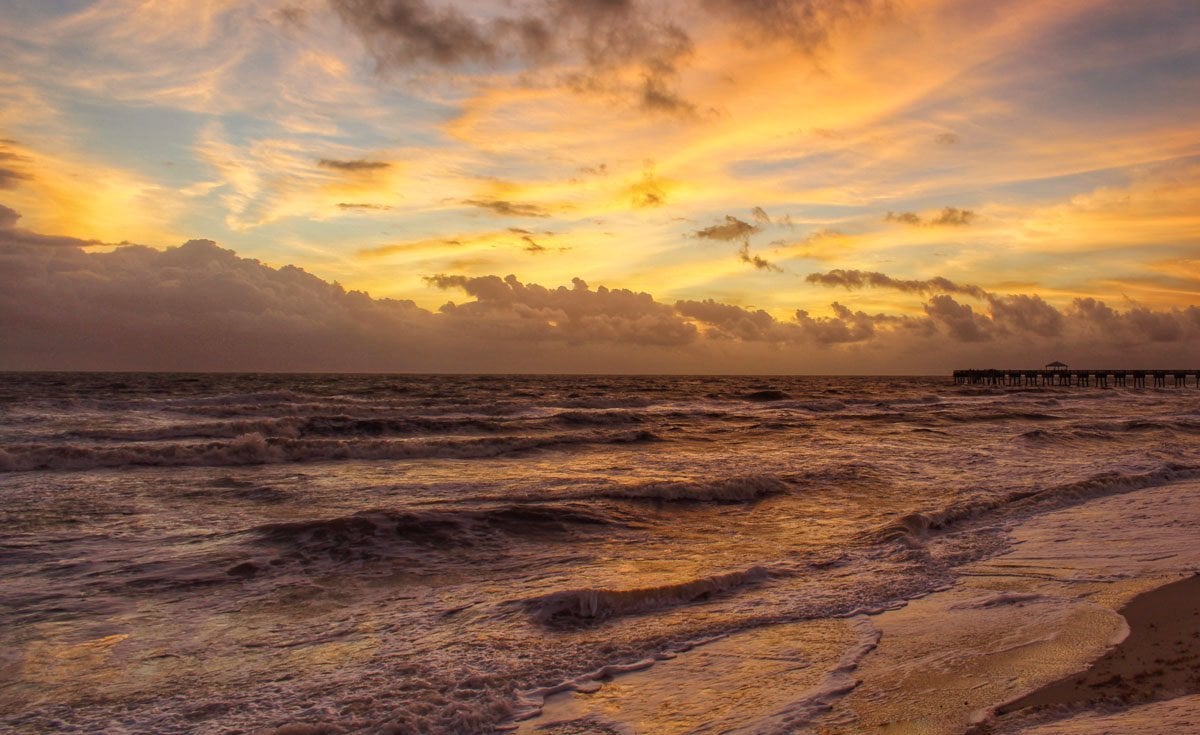 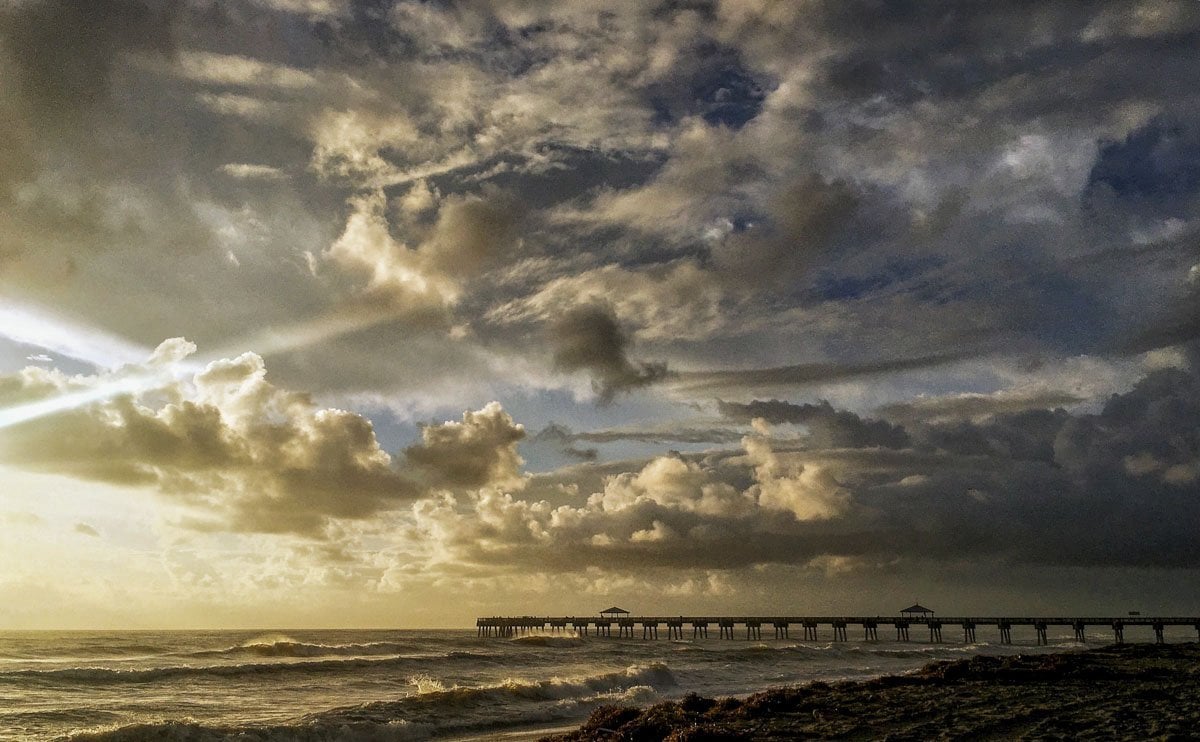 That was great fun, and even though you cannot do that here, simply being on a pier whether I’m fishing or not is one of the most relaxing things I can do. The sounds of the ocean, sea birds, and warm breezes are the the definition of relaxation for me. There’s always the bonus of catching supper. 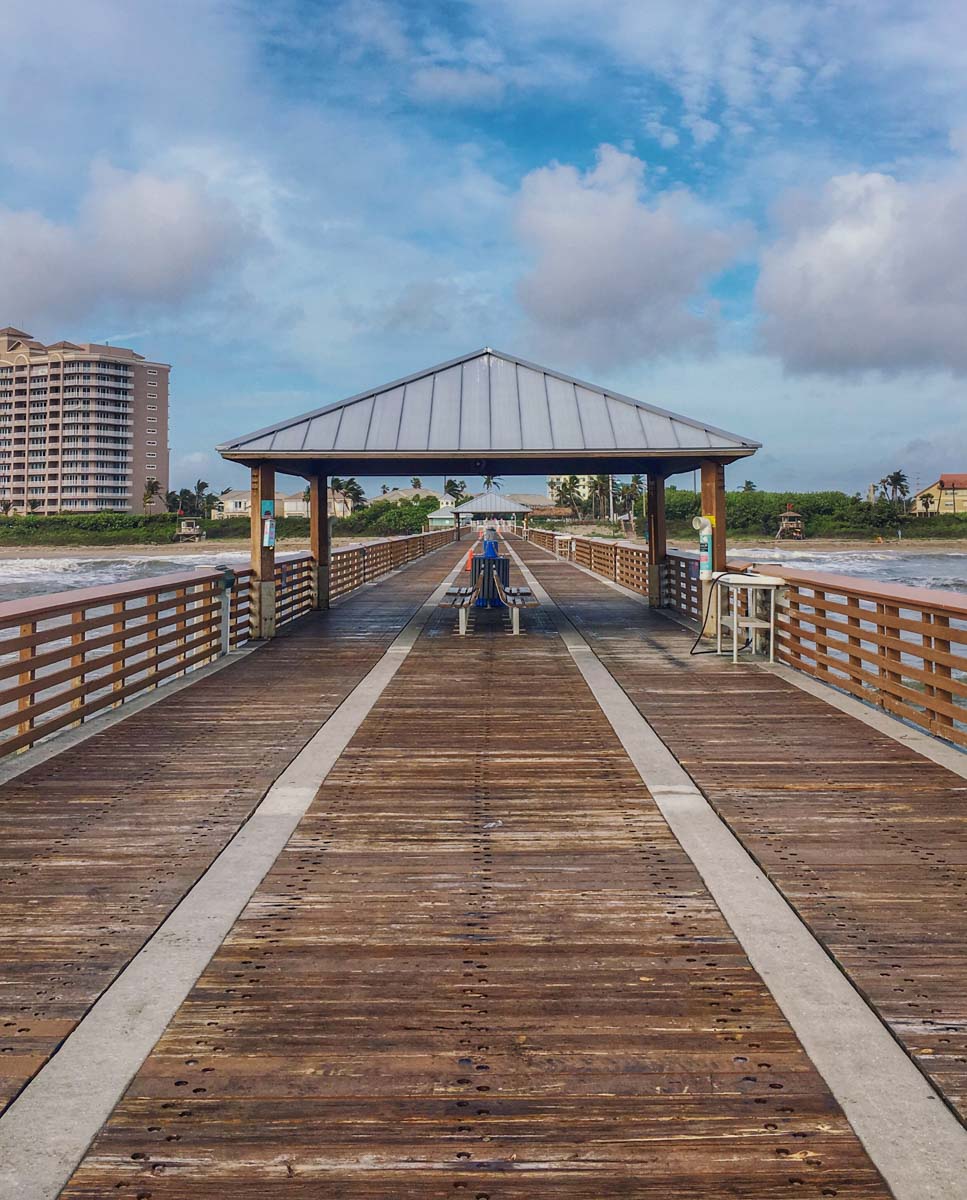 When I’m deciding whether not to head down to the ocean in the mornings, I check to see if there are a few clouds on the horizon, because that always helps to create a dramatic sunrise. Juno Pier adds within the scene adds to the drama.

Sometimes these mornings take my breath away. The colors, shapes of the clouds, even the surface of the ocean all create the most memorable moments. 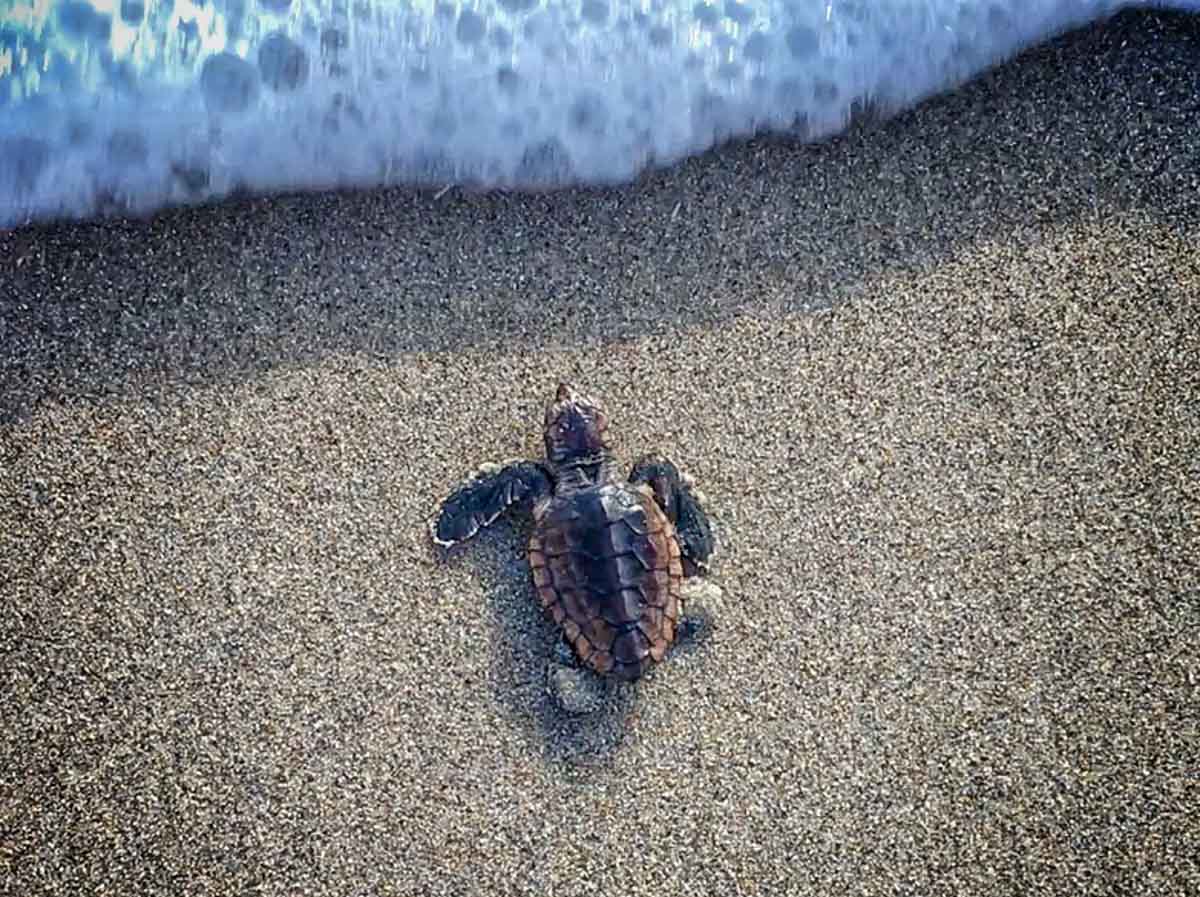 As fishing piers go, Juno Pier does not offer the lunch or beer, they don’t serve any hot food here at all, not to say you can’t grab a pack of crackers and a soda…however they do have pretty cool T-shirts and hats, and of course they sell bait and whatnot.

The pier itself was rebuilt in 1999 after a huge storm wiped out the original in 1986. When they rebuilt, they created a much more sturdy pier with concrete pilings that will withstand the massive storms and waves that occur in South Florida.

The promenade is very wide with benches and some covered areas, and towards the end of the pier are where the more serious anglers head. They’re loaded down with the usual accoutrements, wheeling their fishing poles, nets and the like all the way to the end.

I like heading out there in the mornings to see what these early bird anglers are up to, sometimes I’ll see someone pulling up a decent size snapper or if they’re lucky, a pompano. 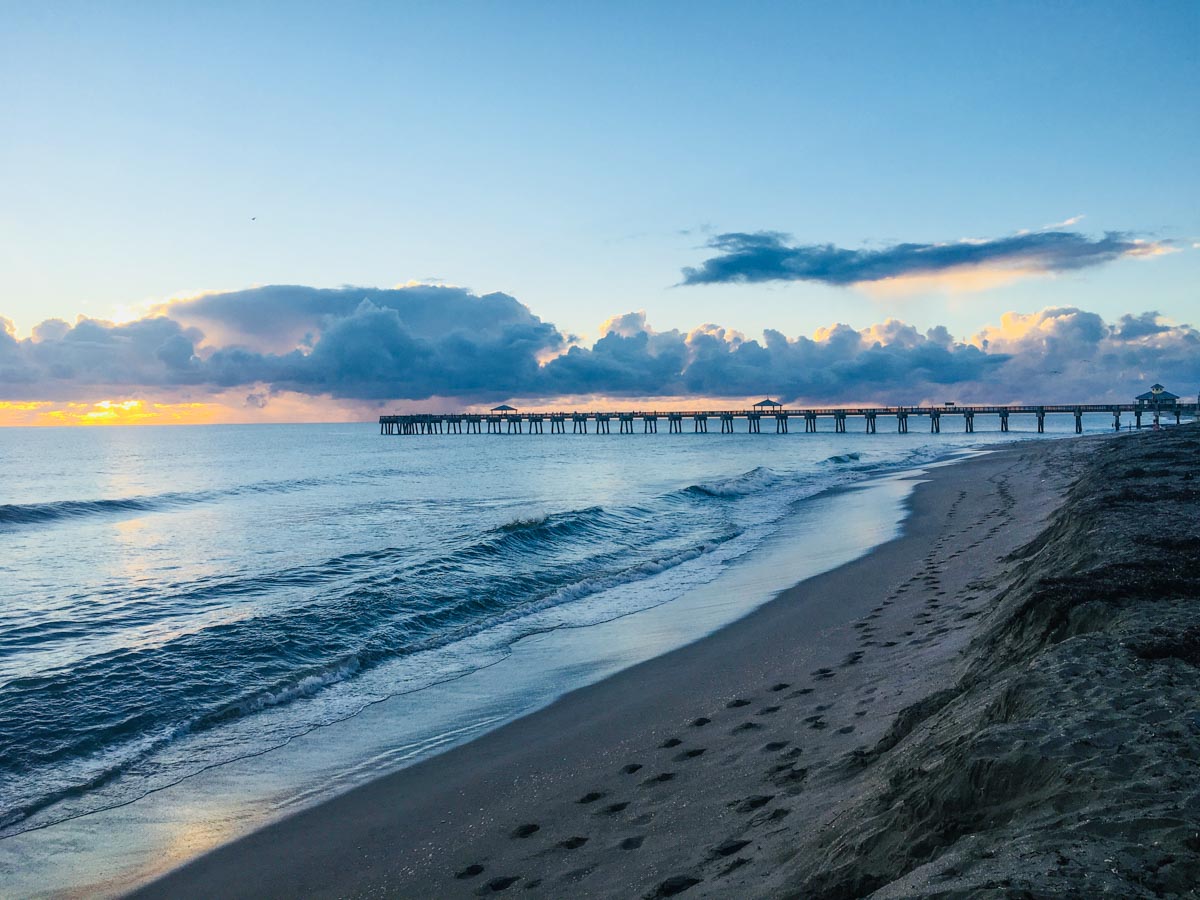 As far as the beach goes, after Matthew we suffered massive erosion. And we are going to have to replace all the sand that was lost, from what I’m hearing it should be started this winter, I hope so, it’s not nearly the amount of beach that there was earlier this year. 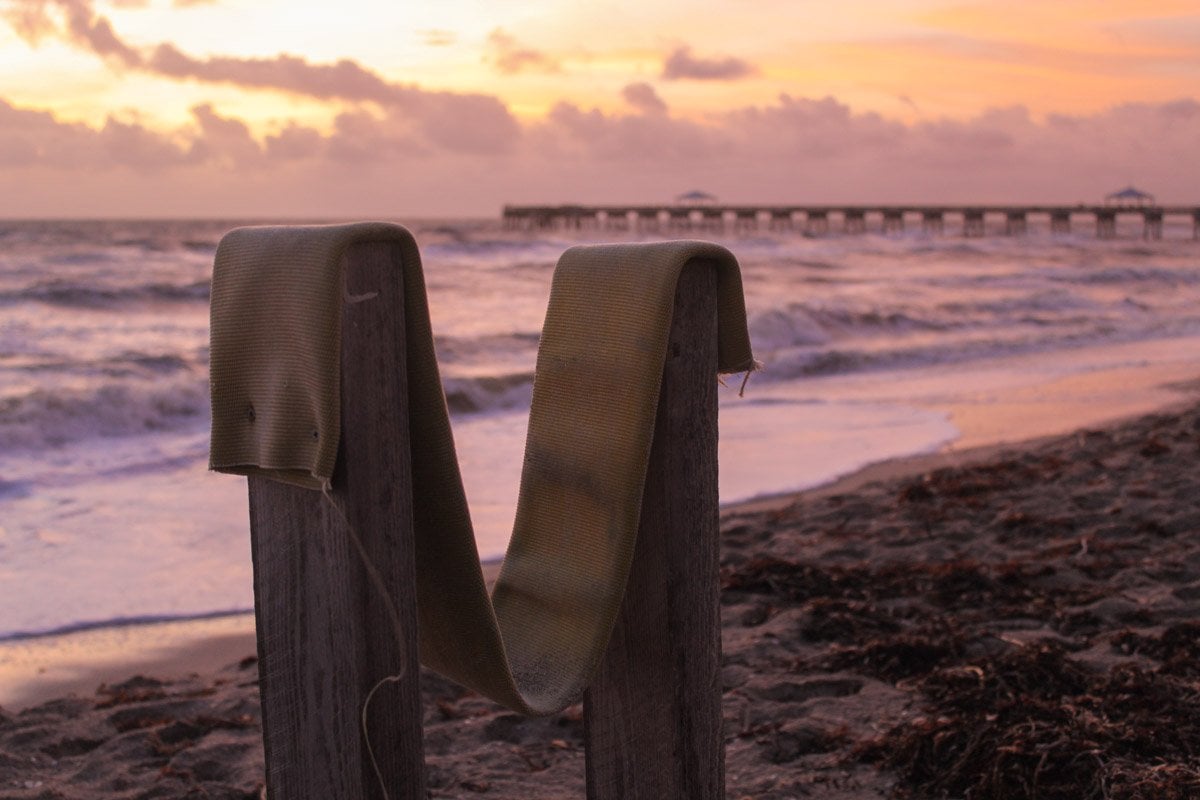 We have experienced two pretty bad hurricanes, longshore currents which created larger than normal waves, and King tides. With all of that, you have to expect that there will be erosion.

Even so, I can’t seem to get enough of my morning ritual. Coffee in hand, heading towards the beach amongst the other early risers, I always have little heart palpitations in anticipation of a beautiful morning, and maybe even a good photo or two. 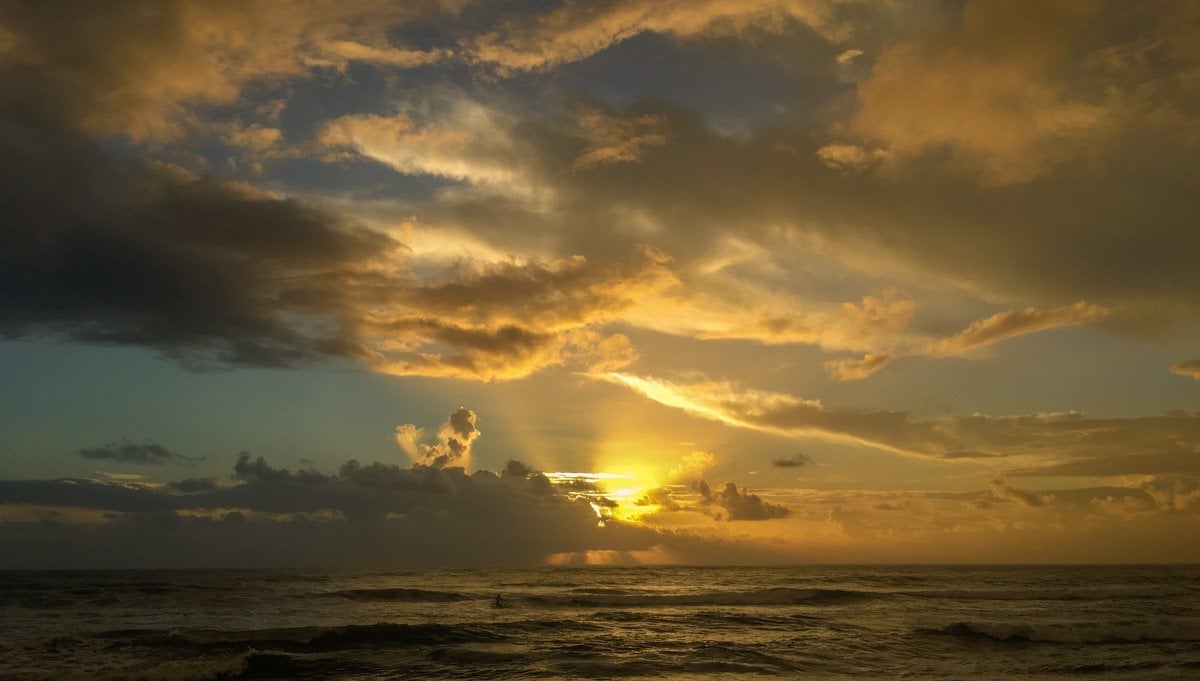 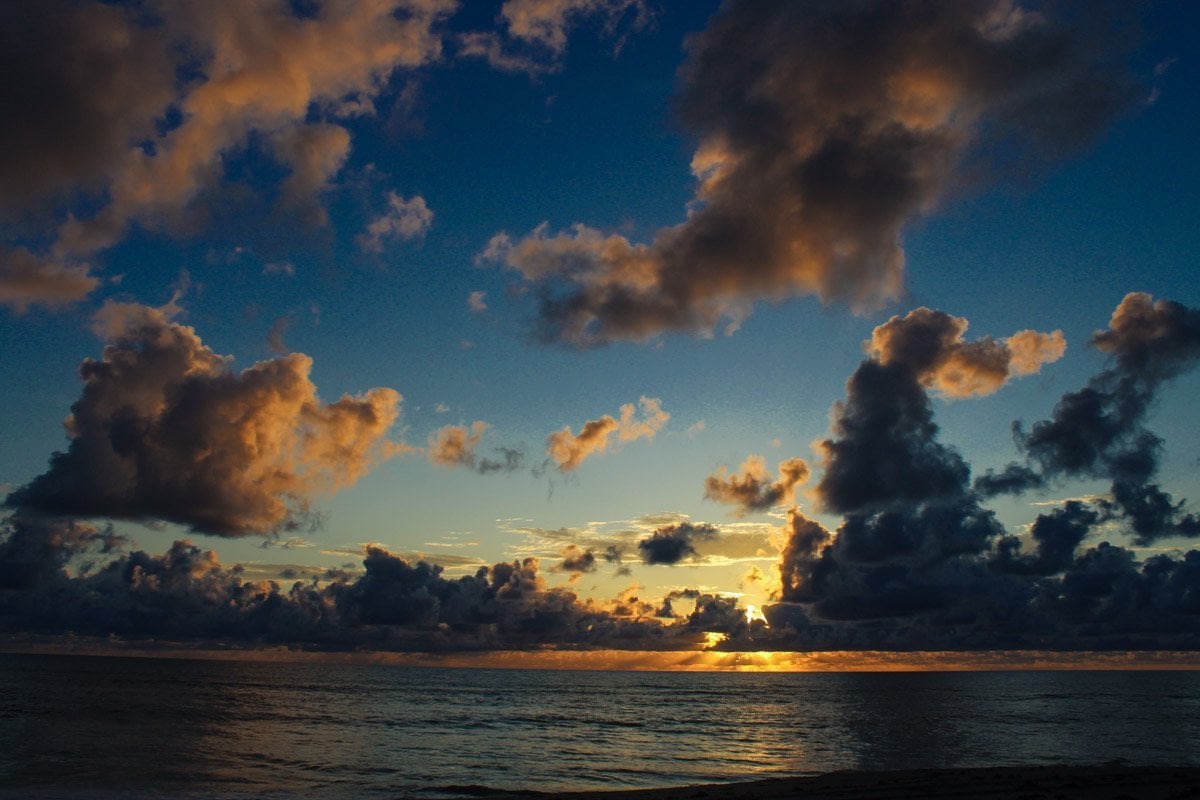 On a sidenote, there is a great dog beach about a quarter-mile north of the pier.

And even though it’s early in the morning, I always see people with their ocean-loving dogs frolicking in the waves. I love that!

Ocean addict, Maui, Smokey Mountains, food, travel, and anything else that tickles my fancy.