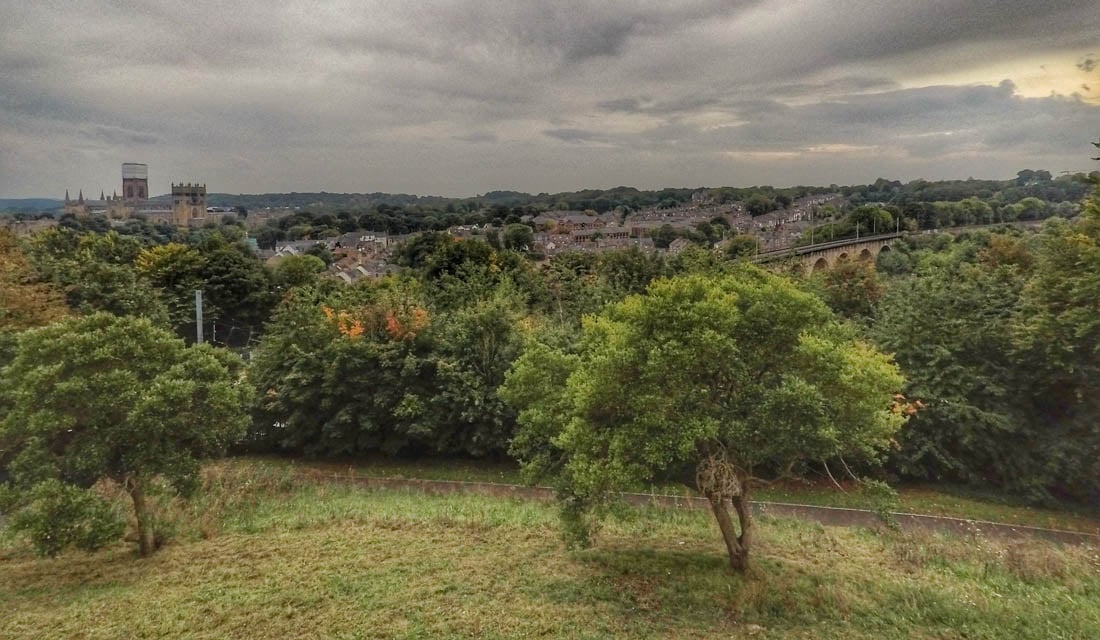 It was the beginning of a weekend break in Durham. A City I had only briefly explored in the past but now I could explore more thoroughly the history, views and nature, plus much more. The more I read the more I realised that I was going to discover much variety and there was a lot to see. So where to start? Well, Wharton Park was perfect!

Only a few minutes walk North out of the centre, near the railway station, in fact you don’t realise you have gradually climbed up enough to see the best views over the City! A perfect place to start, to look out over all you wish to see in the coming days. The Cathedral prominent on the skyline, wonderful view.

Wharton Park began life when the area was just a wasteland area to the North of the City, called Windy Hill. Land owned by the wealthy local Wharton family and in that time, the 1850s, William Lloyd Wharton. William was a wealthy businessman and land owner, having coal mines and being a barrister. He was also chair of the local railways and as such he had the local Railway built on his land at the foot of Windy Hill.

William also then made Windy Hill a public park for the people. Thus being named Wharton Park. It provided the people of the city a big green space to enjoy, as well as providing the spectacular views ver the City itself. to help the viewers he built a mock castle wall that is the viewing platform.

Now known as ‘The Battery’ after the placing of a Crimean Gun. This is the spot to be to look straight out over the City, Cathedral, the viaduct and beyond, as above. John Ruskin of all people was amazed by the view and literally called it the eighth wonder of the world.

The park has much more than views of course. Paths lead in many directions leading to a whole variety of interesting features as well as things to do for the family.

One of the striking things I saw in the centre was the huge amphitheatre! Right from the beginning Wharton Park was used to hold sports events from far and wide. The railway station helping thousands to travel here.

Well in 1871 the amphitheatre hosted the first Miners’ Gala. Around 5000 people turned up to hear speeches and celebrate with music. A tradition that is still celebrated every July in Durham, at the racecourse now.

The amphitheatre has hosted a lot more besides for sure. From the Irish Galas and The labour Women’s Gala (where Barbara Castle once spoke). Throughout the 20th Century it has been tennis courts, a stage for shows, dances and folk music as well as church events.

Within the park there is a superb modern cafe, play park and a mini electric go kart circuit for the young ones. As I passed through I could sense that this was the place locals head to for some recreation and could easily see why.

When staying in Durham I highly recommend a wander to Wharton Park. Views beyond views? Yes. Escapism? Yes. Interest for the whole family? Yes 🙂