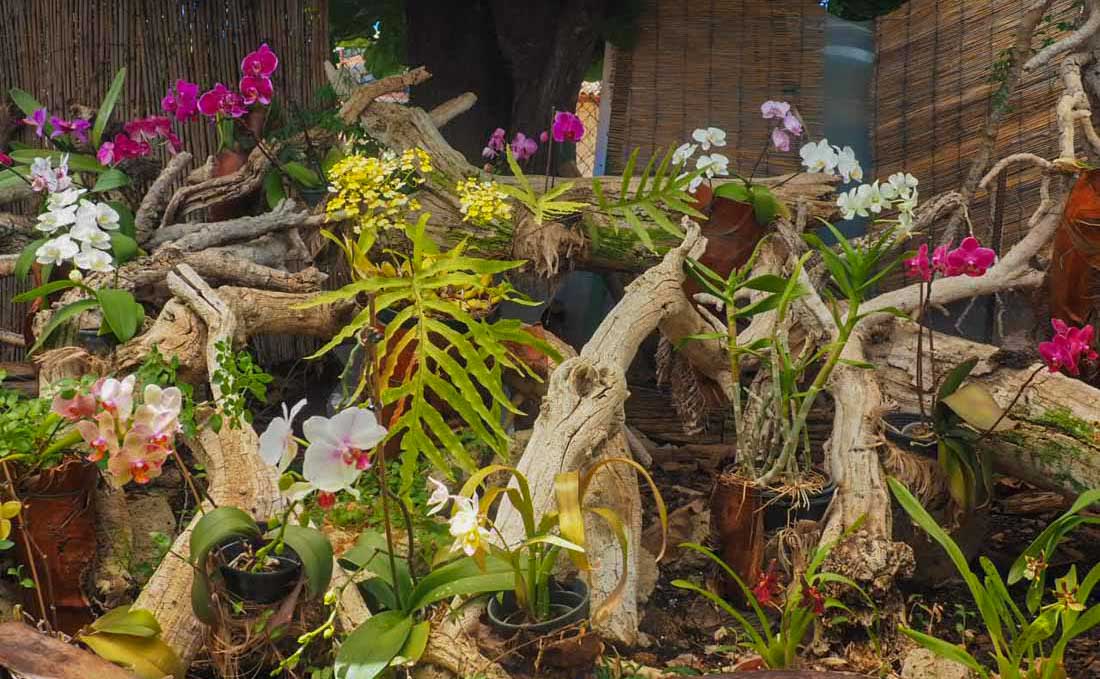 The oldest garden on the island of Tenerife. Not the biggest attraction but yet a very interesting one and a wonder for the senses too! If you are ever visiting Puerto de la Cruz in the North of the island then this is a recommended stop.

It is hard to see in the modern setup of the city but this was once ‘the’ big private mansion of the area built in 1730 as a convent originally. The gardens are open to the public, full of history with famous names for visitors gone by, plus open to the public to enjoy.

The name Sitio Litre comes from the fact, in 1774 the British merchant Archibald Little bought it. Little’s Place (Little’s Sitio). Little is naturally hard in the local language and over the last couple hundred years has transformed into Sitio Litre.

Little created the wonderful magical garden that over the years gave rise to many well known names as visitors and owners. This is reflected in parts of the garden in themes.

Agatha Christie was known to visit the mansion on several occasions after the divorce from her first husband.  It was here that she wrote ‘The Man from the Sea’ as part of ‘The Mysterious Mr Quin’, plus she finished off the novel ‘The Mystery of The Blue Train’.

One of the great astronomers in history made early great use of the clear skies above Tenerife. Charles Piazzi Smyth, Royal Astronomer for Scotland in the 1800s used the mansion and gardens as a base.His friend Charles Smith, vice-director of Bristol College being the house owner at the time.

Marianne North is famous for her botanical drawings from around the world. Many of them are actually from these very gardens of Sitio Litre when she stayed a while in 1875. A huge connection with Kew Gardens of London.

Earlier again the mansion and garden was the perfect base for Alexander von Humboldt, quite often referred to as one of the founders of modern geography. In 1799 he climbed El Teide to study the geography, plant life and cloud cover. This place became his favourite place in the world.

The gardens of Sitio Litre are as well known still for the Orchid Garden. 350 varieties light up the walk around in every shade and colour. Remarkable to see to be very honest.

There is also the oldest Drago tree in Puerto de la Cruz. Known to be over 300 years old.

The old croquet lawn survives, also ponds full of lively fish, surrounded by colour. If lucky you may even catch the Iguana, Nelson 🙂

Sitio Litre is a perfect way to explore history and colour with relaxation during a stop in Puerto de la Cruz.