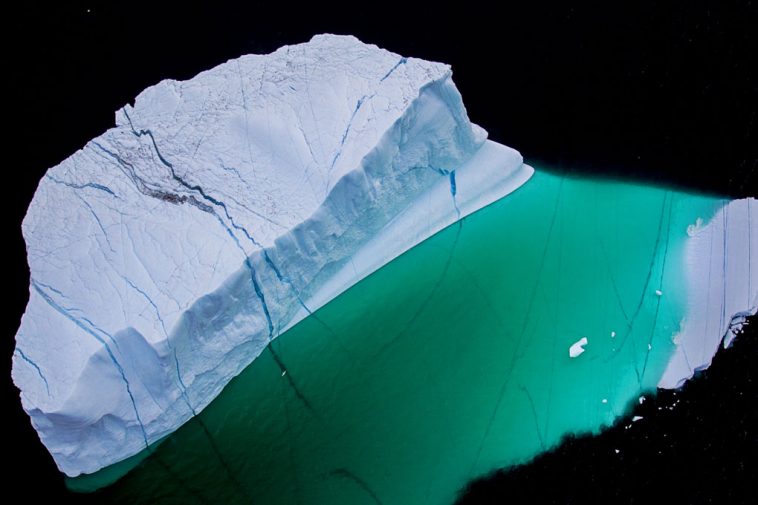 Whether they come originated in Greenland or the Arctic, these 10,000- to 25,000-year old massive chunks of ice have been calved off into the North Atlantic as the edges of the glaciers move into the ocean.  Once afloat, they begin their journey south making their way to the Labrador Current.  Sadly, once this journey begins they will rarely last one year. 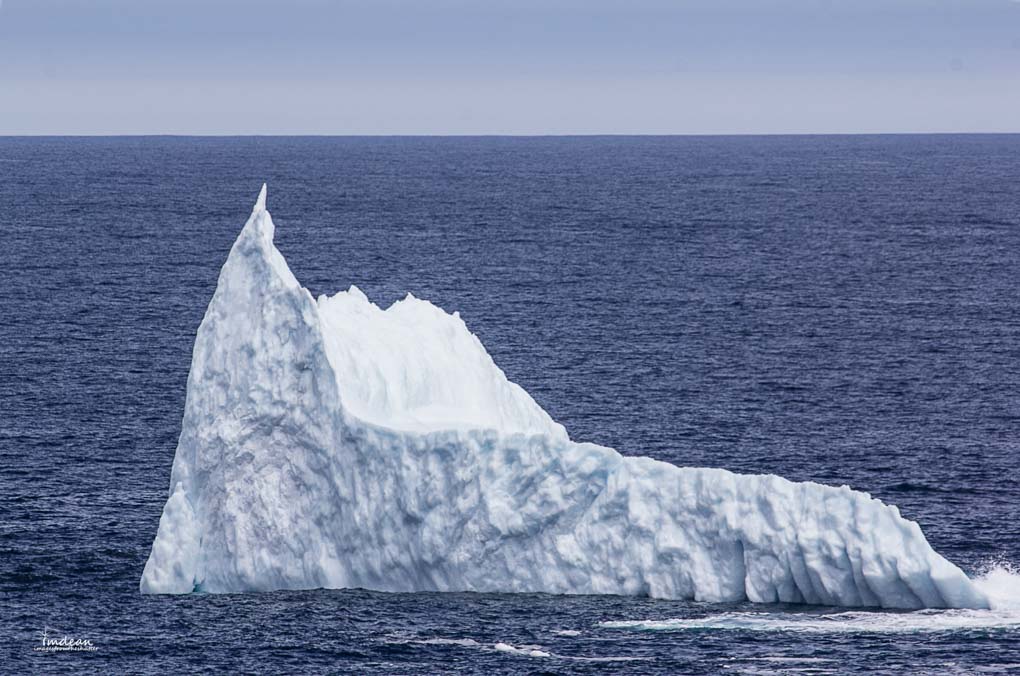 Here are some facts about icebergs:  They float at speeds from 0.7 km/h to 3.6 km/h because they are fresh water.  The salt water of the oceans make icebergs buoyant.  The part we see is actually only 10-20 percent of the massive chunk of ice.  That is why people are cautioned to stay a safe distance away from them.  As they are exposed to the warmer temperatures, they melt.  Once the top half becomes unstable, the iceberg can flounder and roll over to right itself to another stable position.  Think of ice cubes in your drink; as they melt, they tend to move around. 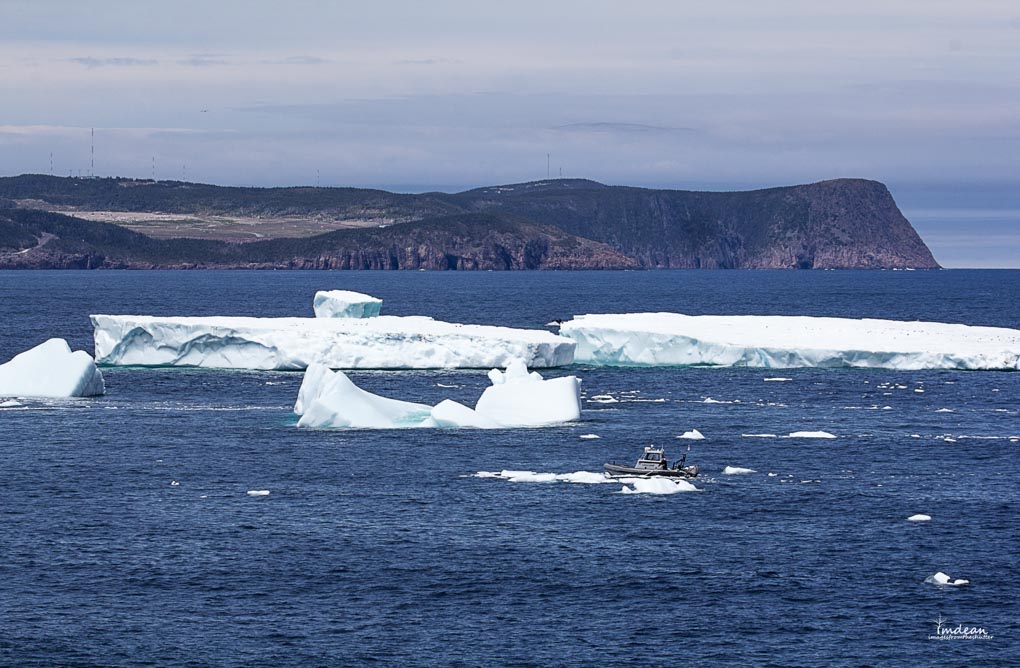 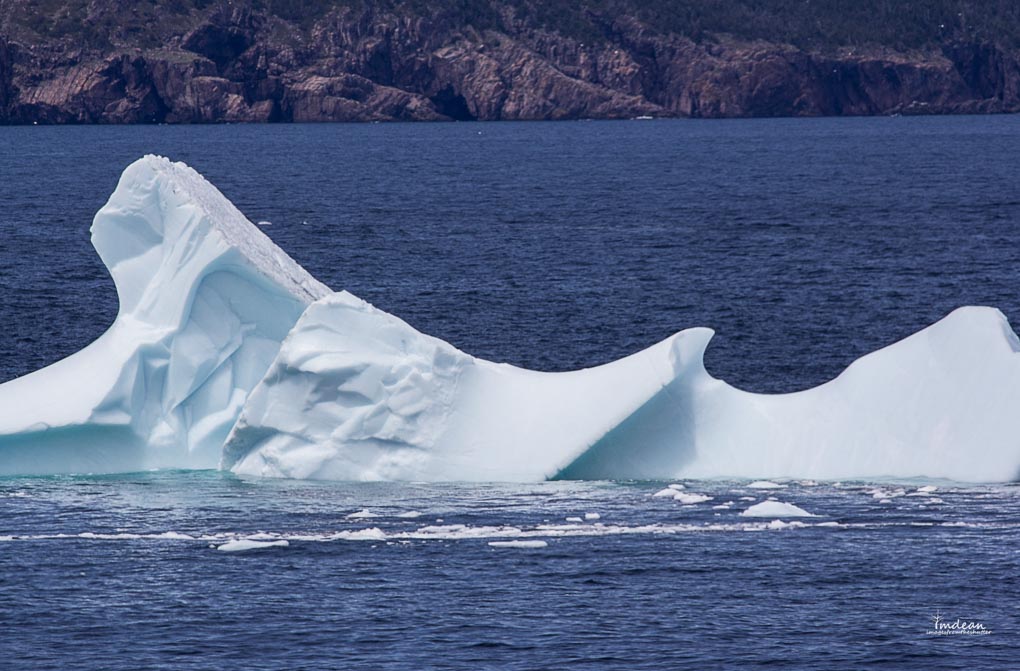 Those blue streaks are caused by the glacier moving and melting as it passes over the land.  Melt water will refreeze without bubbles.  Once the light hits this area, we see a vibrant blue streak that brings the angles and curves of an iceberg to life. 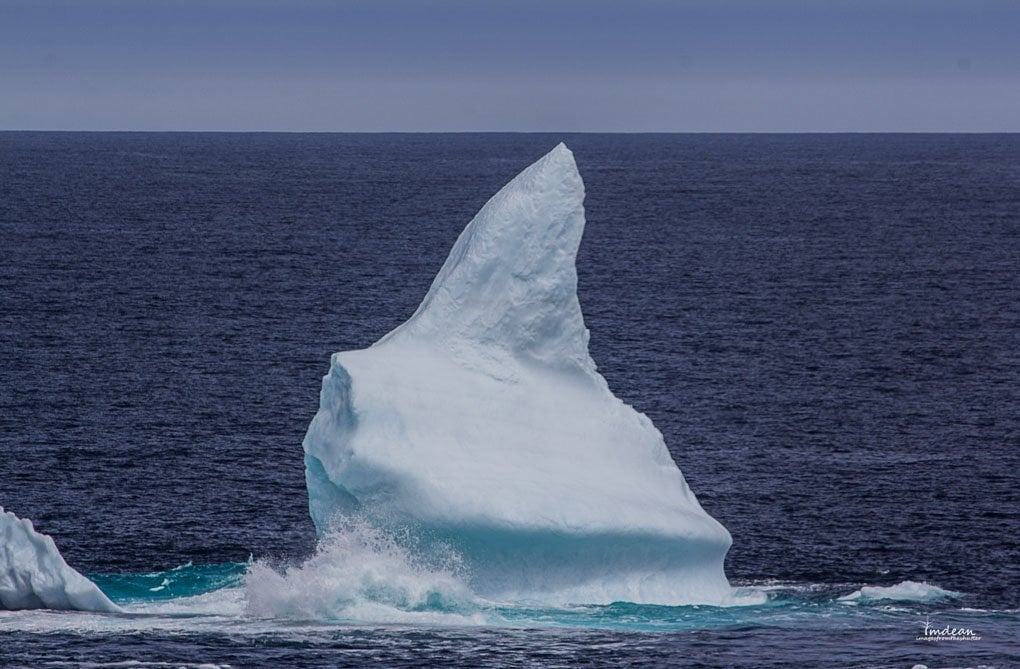 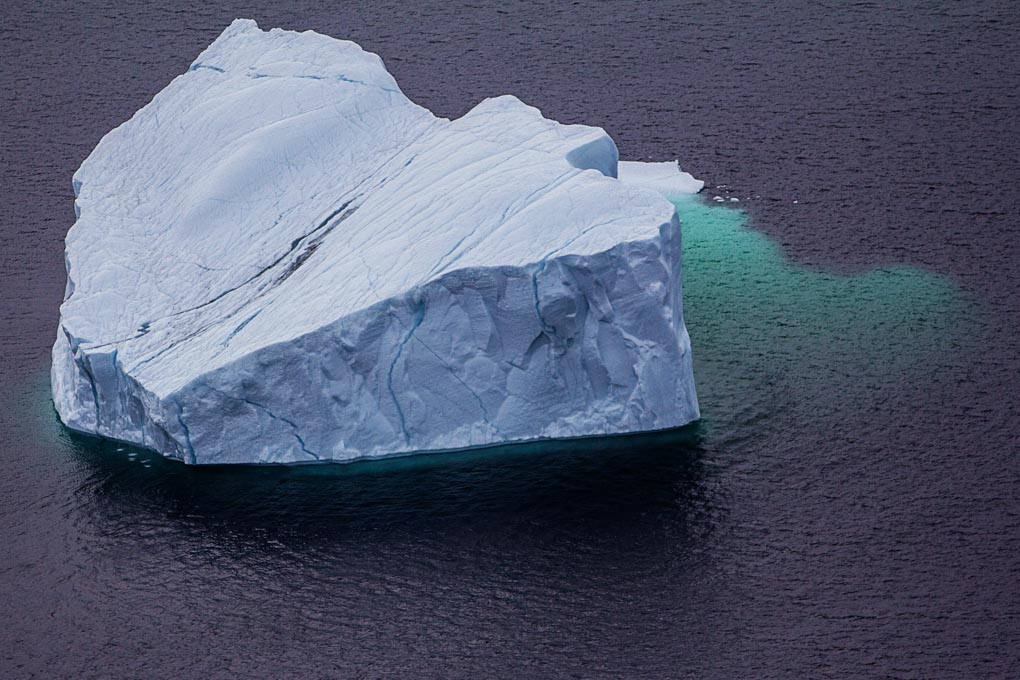 Unfortunately, the air around the glaciers is not pure.  If you see dark brown streaks, then it is most likely caused by airborne dust particles that have been trapped in the ice. 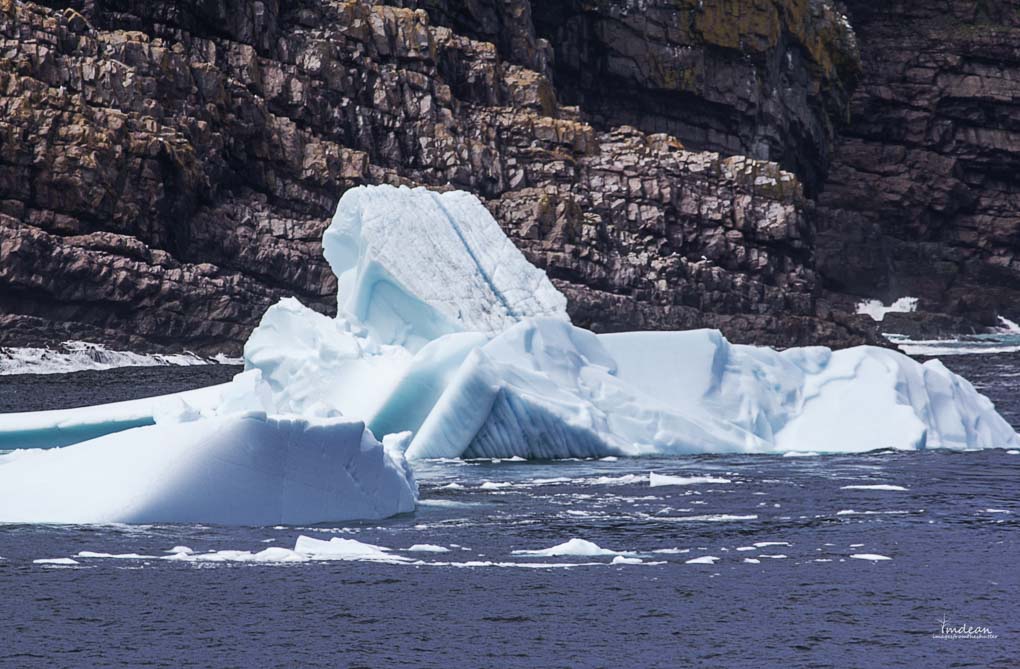 The shapes can vary.  If it just a huge rectangular chunk, they are described as blocky.  The smooth, rounded ones are described as domes.  The pointy triangular shapes are called pinnacles.  If you are lucky enough to see two pinnacles attached by a platform it is considered a dry-dock formation. 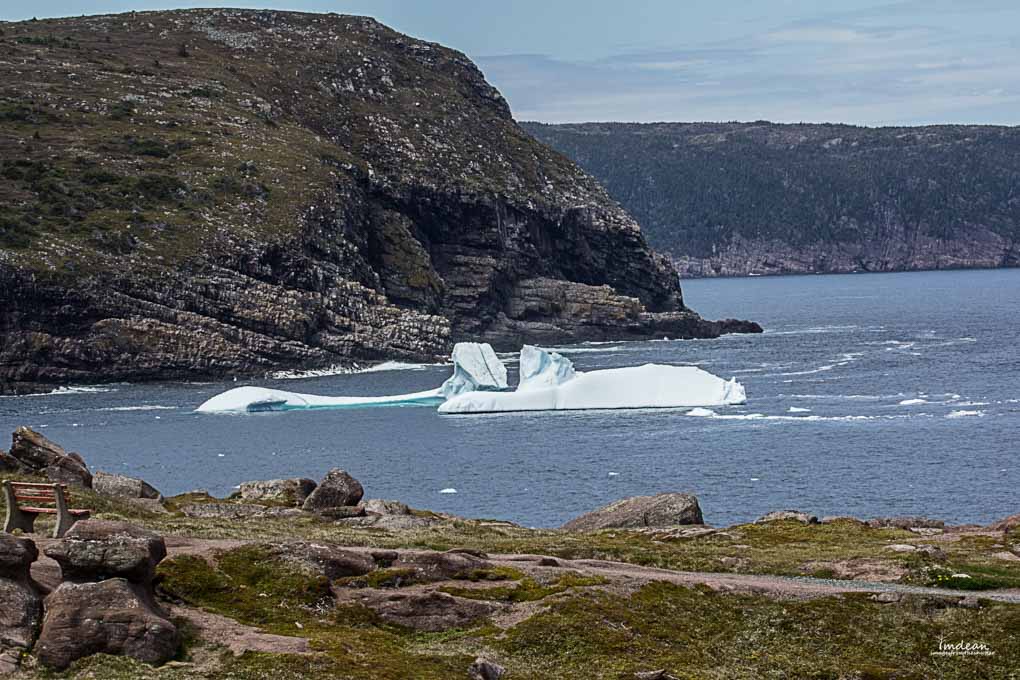 Every once in a while, the currents force the iceberg in towards the shore.  If they hit the ocean floor, they will become grounded.  They will melt away under the spring weather conditions. 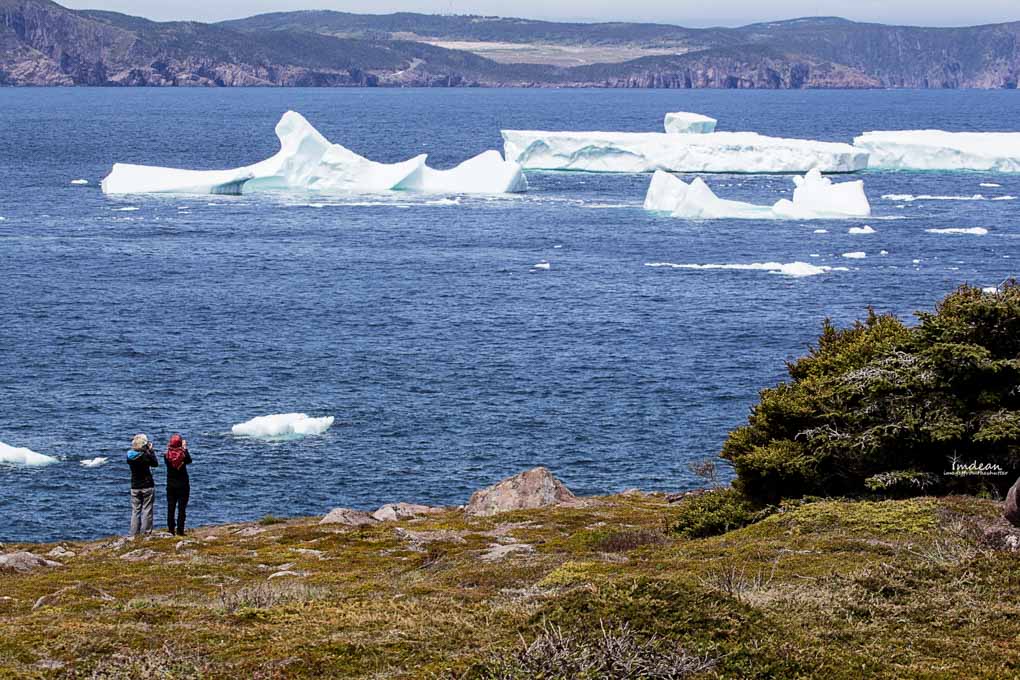 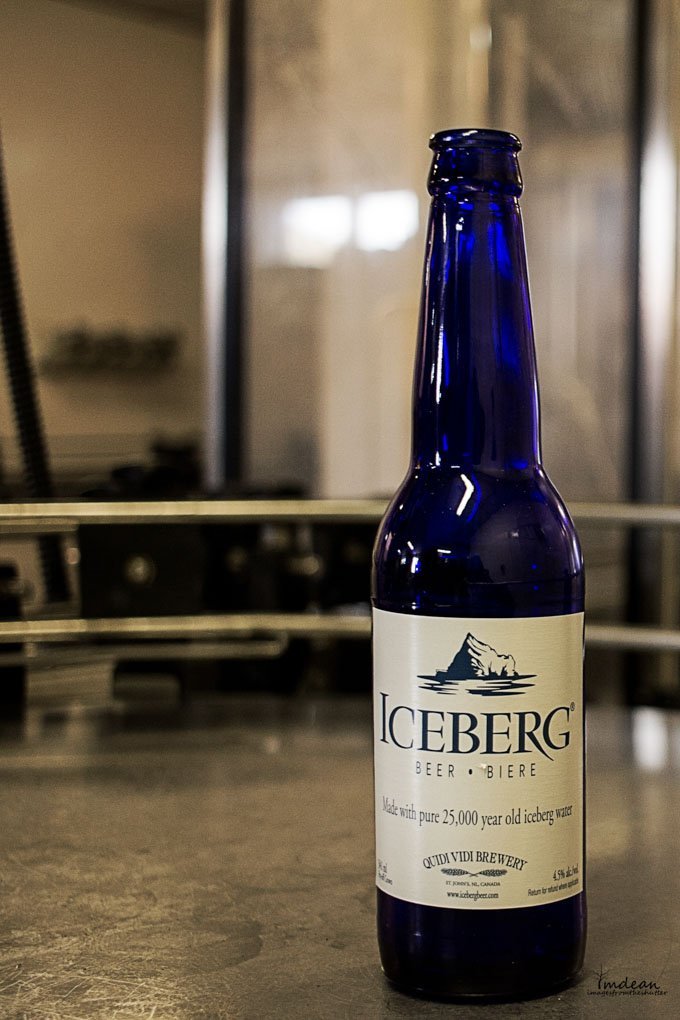 Newfoundland has become a tourists’ paradise for seeing these majestic formations.  There has been a trend where people want to have iceberg ice for their drinks.  The pure ancient ice is totally safe to consume.  There is a Newfoundland-based independent brewery that prides itself on one delectable brew called Iceberg Beer.  Trust me, it is a special treat in its blue bottle which reminds us of those beautiful blue streaks we witnessed as the giants floated by.