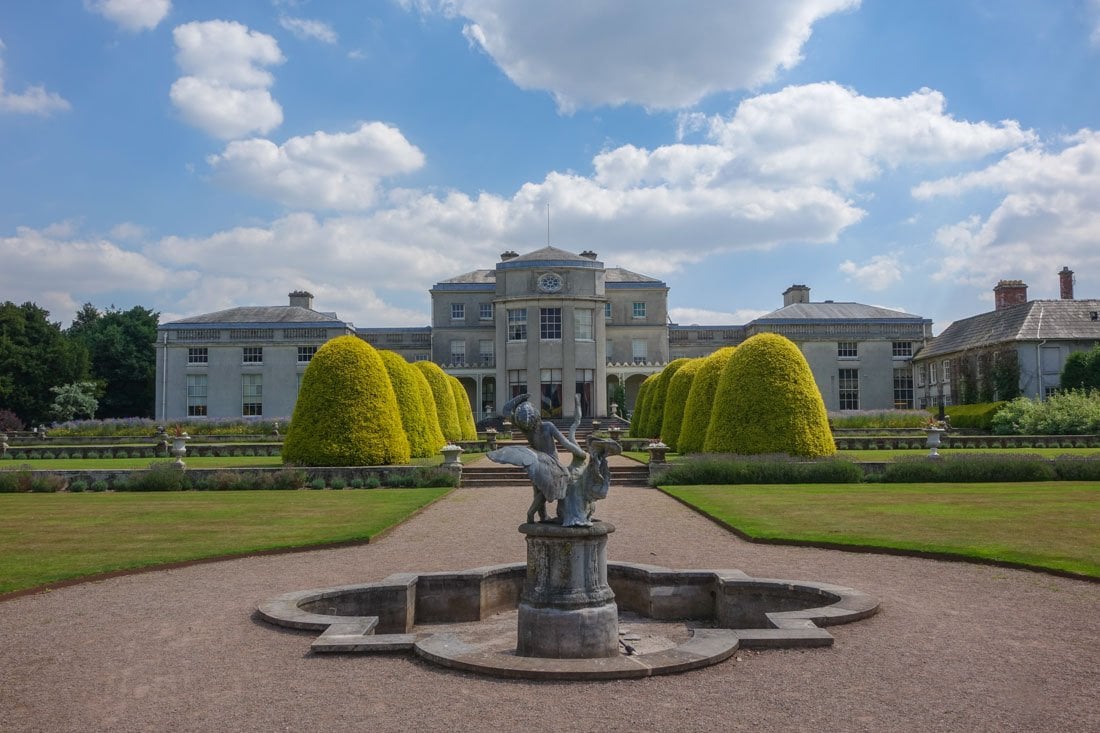 A day at Shugborough Hall, near Stafford, I can highly recommend for a family or learning day out. Make sure it is a full day mind as I was wandering so long I am having to split these articles into 2! First though let’s start with the gardens, monuments, nature and views outside the hall itself, there is a lot of it, and interesting it definitely is. Even before I stepped inside the grounds I was greeted by some nosy muddy little fellows 🙂

I will go more into the history in my post soon about Shugborough Hall building itself, but a short background gives that originally the estate belonged to the Bishops of Lichfield until the dissolution of the Monasteries in the 16th Century. In the 17th Century, William Anson, a descendant of the Earls of Lichfield bought the estate and passed down the family and through Earls of Lichfield to what we see today, so much changed over time, from monuments and gardens to new manorhouse and buildings.

Indeed upon arrival at the car park you cannot fail to see a big stone arch way across the field. This was designed by classical architect James Stuart in 1760 as a copy of the The Arch of Hadrian in Athens.

You will also find on the grounds a copy of the Choragic Monument of Lysicrates.

Every path, every turn as you walk the estate brings something new or even quirky. A Grade I listed Chinese bridge and Chinese House…..

.. which is beside a monument that has caused much debate, especially in the world of the Holy Grail. The Shepherd’s Monument has an inscription on it. It goes O U O S V A V V which is between the letters D and M. This is below a mirror image of Shepherds of Arcadia, a painting by Nicolas Poussin. A ciphertext that has never been cracked to this day and some believe leads to the whereabouts of the Holy Grail.

When I say variety of scenes I mean it… Around the corner again and you come upon the widest by circumference tree in Britain and most probably Europe! 575ft (175 metres). A 350 year old Yew tree that I struggled to fit within the frame of my camera. Has to be seen, or walked around to be believed!

What all these garden follies don’t do either is distract from the gardens and nature that is all around. Walks are everywhere in every direction with an abundance of views to see.

The farm element of the grounds is very important to the estate, with many rare breeds including the happy piglets at the top of this page. So much to learn for the little ones at the Georgian Farm. Or you can stop for refreshments at the delightful Tea Room with real home made food on offer.

I kept wandering and wandering the grounds and turning up hidden monuments.. Like this cat monument that was apparently in memorial of Thomas Anson’s cat, Kouli-Khun, around 1749.

Alas it was time to venture into the Hall itself, so much to see and learn, time for a pass by a couple more monuments and ruins from the grounds. This first picture is of the Tower of the Winds, taking us back to Greek influence designed by James Stuart.

Time to get out of the sun and explore inside Shugborough Hall and it’s history in the next post.