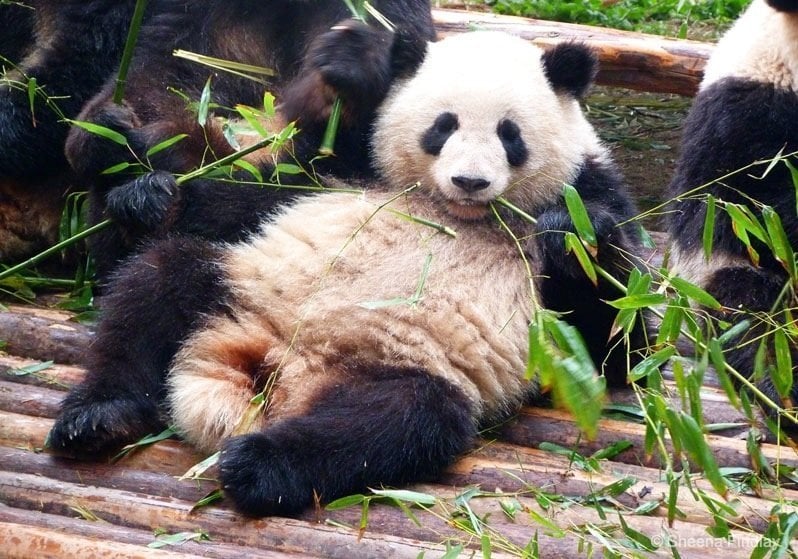 I couldn’t believe my luck when I got this trip in Chengdu, China. I’d heard so much about it and had wanted to go when it first came on to our schedule. Fortunately I was not alone in my enthusiasm. None of my colleagues had been here before and we were all keen to see what we could in the short time we had there. 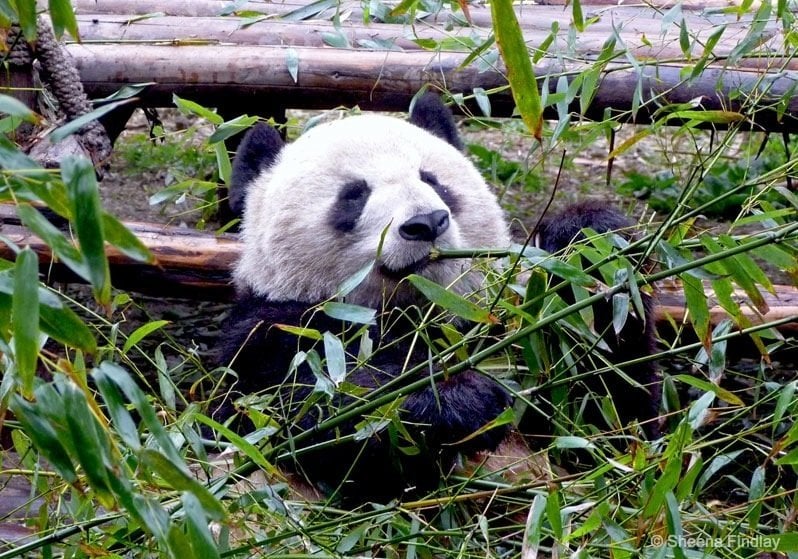 A visit to Chengdu Research Base of Giant Panda Breeding was a ‘must’ on all our lists. We arranged our entry tickets and transportation to see the Giant Pandas through our hotel. It’s well documented that you should try and get there as early as possible. The centre opens at 8:00am and we were there when the doors opened. This is when the pandas are fed and are most active. The pandas are very sedentary animals and sleep for long periods of time. It’s a tough life munching your way through Bamboo. This makes up 99% of their diet and has very little nutritional value. Although carnivores, they seem to prefer to eat a herbivore diet occasionally eating the odd bird or rodent. 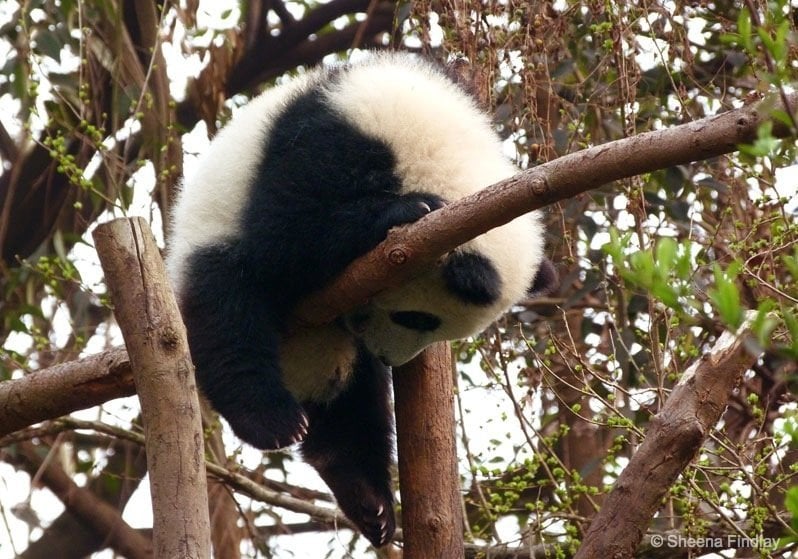 The giant panda can be found in the mountain ranges of three main provinces in China; Sichuan, Shaanxi and Gansu. But their numbers have been in decline for many years due to deforestation, farming, etc of their lowland habitat which has been virtually lost. These research centres offer wonderful opportunities for people from all around the World to become more aware of how our lives are having an impact on nature. 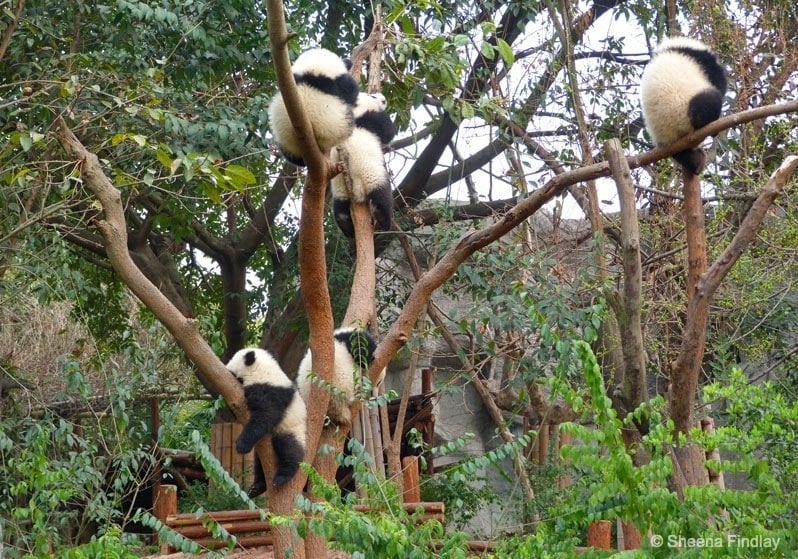 This centre was founded in 1987 with 6 pandas rescued from the wild. The numbers had grown to 83 by 2008. There are about 160 in captivity throughout the World today. The grounds cover an area of 92 acres, over 95 percent of which is green. The centre has partnered with other organizations throughout the World including Edinburgh Zoo and Zoo Atlanta. 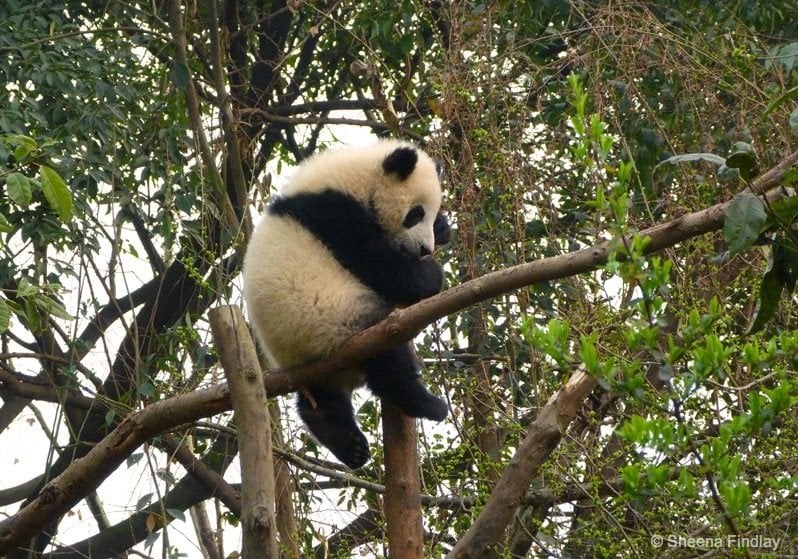 There are numerous areas to visit within the centre; a Giant Panda Museum, The Interactive Panda Scientific Discovery Centre, and The Giant Panda Hall (which houses the Panda Story Cinema) to name just a few. I was so excited on seeing these wonderful animals that I didn’t get the chance to visit the cinema to watch their very informative film. Some of my colleagues did manage to see it and told me that it was very interesting. I’d like to say that I’d catch it next time but sadly this was a one off trip for me. Maybe I’ll have to go back on holiday, there’s so much to see and do. I barely scratched the surface. 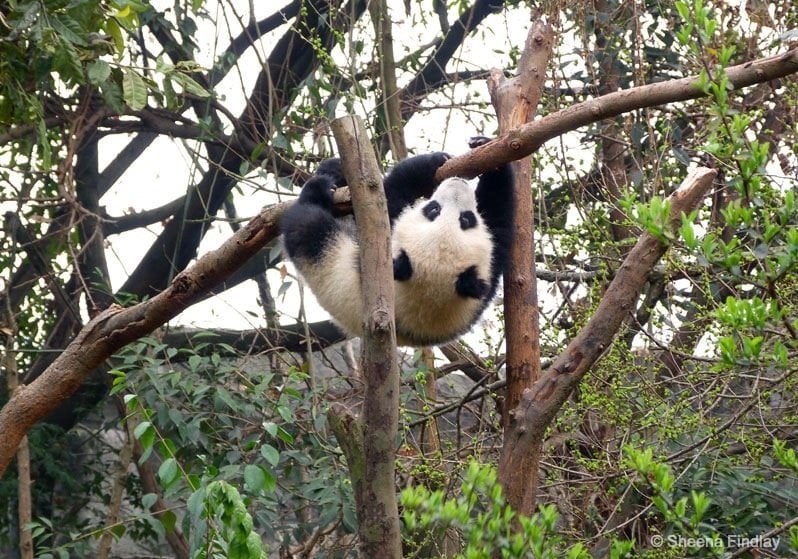 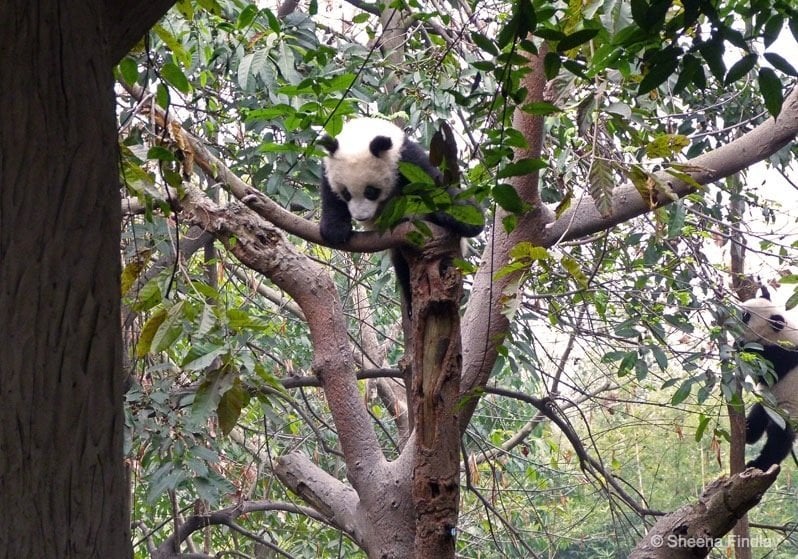 The youngsters play area attracted most of the visitors. I was mesmerised by their antics. They were getting up to mischief just like all youngsters, at one stage they were trying to grab the yard brush that one of the keepers was using, this caused a great deal of laughter from the crowd. I was almost convinced that there was a new type of tree called a panda tree, there were so many young pandas having fun time and testing their climbing and balancing skills it was buzzing with life. Cameras were clicking everywhere. 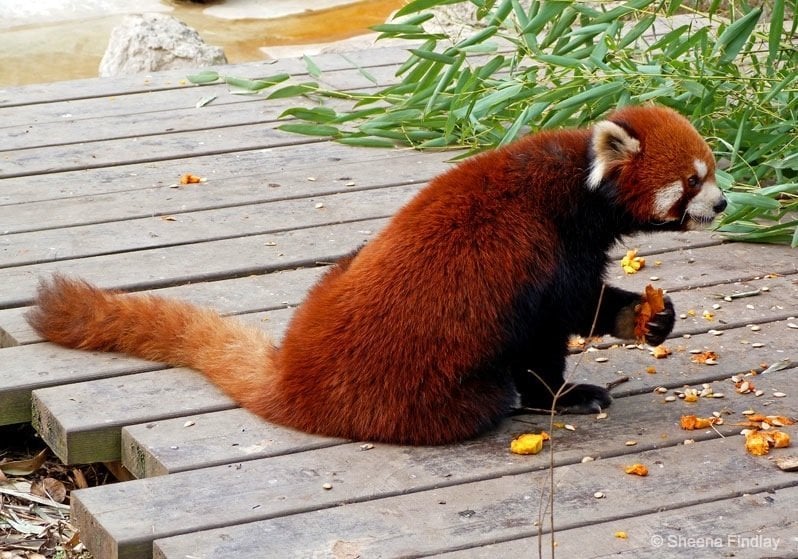 We moved on to see the red pandas (Ailurus fulgens), these are sometimes called lesser panda and red cat-bear. I really loved these pandas, much smaller in size but they appeared more active to me. They had been fed some squash not long before we stumbled on their enclosure and seemed to be really enjoying the fare. Like the giant pandas they have long talons to help with both harvesting their food and with climbing. There was one asleep high up in one of the trees that the footpath passed under. They are quite sensitive to temperature change and will curl up to keep warm or stretch out to cool down. These pandas can be seen wondering freely although we didn’t witness any on the loose, probably something to do with having just been fed. 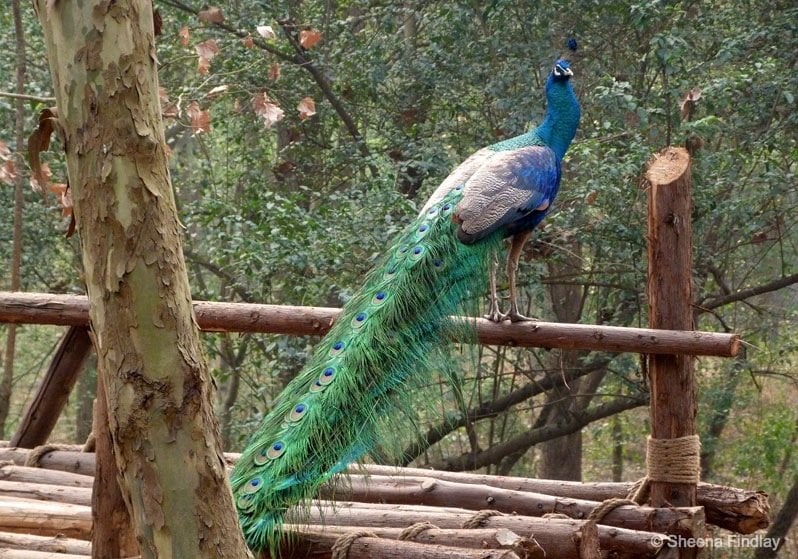 We also saw Peacocks and Black Swans (Cygnus atratus). The swans were on a lake quite close to the entrance/exit. It had loads of Koi Carp in it and it looked quite difficult for them to swim, they were almost treading on them, quite something. The only other Black Swans I’ve ever seen were many years ago in Adelaide, Australia. 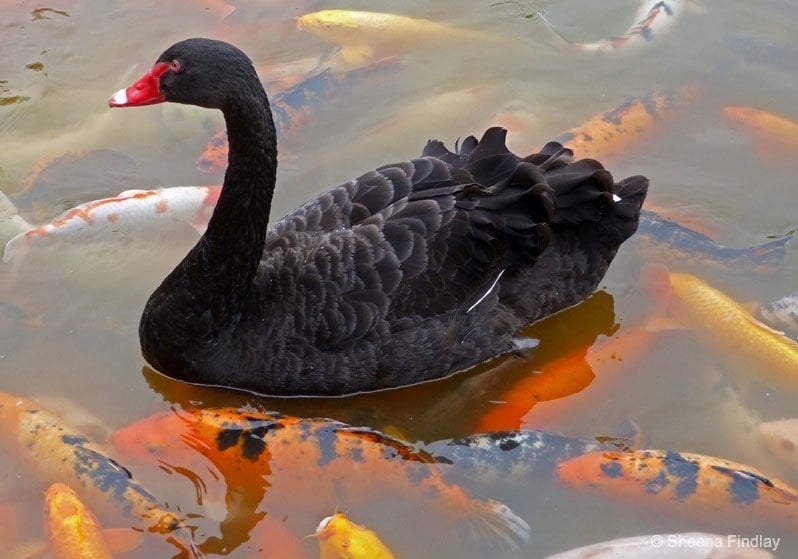 Alas all too quickly our time was up. I’ll be talking about this for many a year to come!