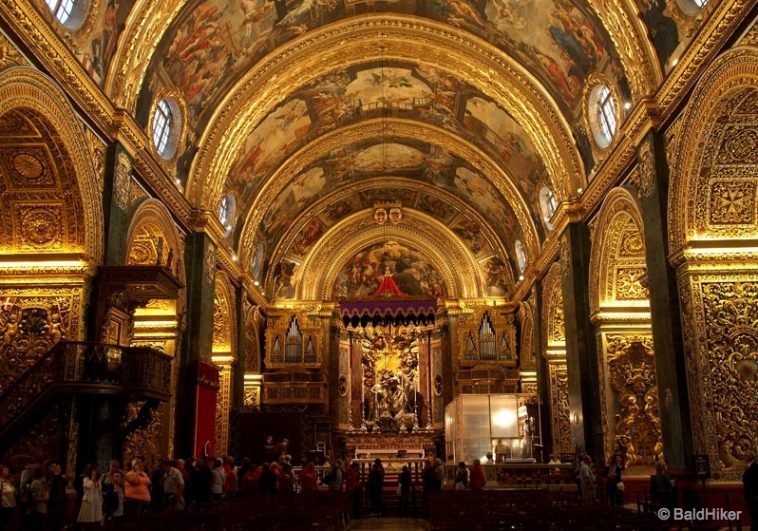 Malta is not just a land of sunshine, sunsets, sea and relaxation. It is a small country, a group of islands, absolutely packed with history. Many days could be spent exploring from top to bottom but you would still not get to see the wealth and diversity of the history on offer here. So much is remarkable, so much just has to be seen yourself to be believed. A point in case is St John’s Co-Cathedral in Malta’s capital Valletta. Having seen myself I can agree it is worthy of being known as one of the world’s greatest cathedrals. Baroque architecture at its finest. 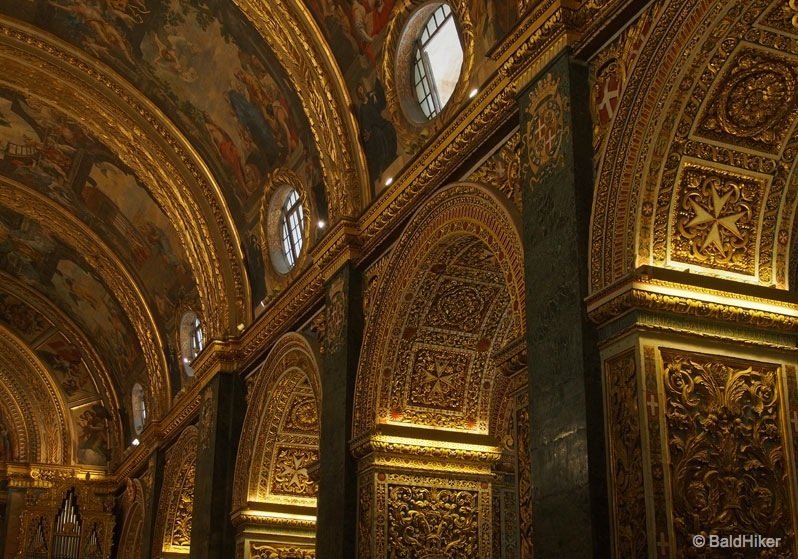 As soon as you step inside the ‘wow’ feeling runs through you as you look up, down and all around. That is even before you start looking at the fine detail, the art, the masterpieces on show here…. 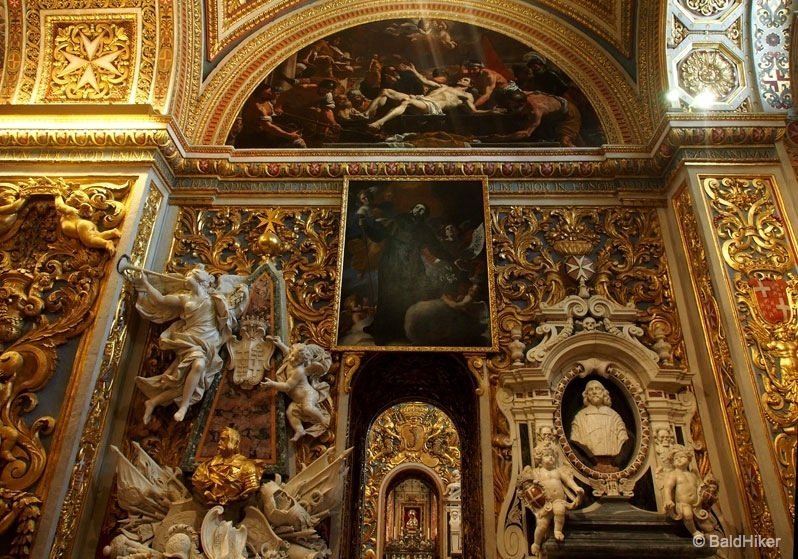 Some some history, we need to revisit the Knights of Malta. All those that remember my visit to Rome, looking through the keyhole to the Vatican, will remember that the view goes across the Sovereign state of the Military Order of Malta. Way back in their beginnings, in the 11th Century they were known as the Order of Saint John of Jerusalem. Their purpose to provide care and treatment to pilgrims of all races and religions in the Holy Land. When the Holy Land fell in 1300s as a now military order they moved to Cyprus, then Rhodes, until in the 1500s began to rule Malta, to protect the Catholic faith from the Ottoman Turks. In 1572, after the great siege of 1565, their then Grand Master, Jean de la Cassière commissioned work to begin on their conventual church. A church dedicated St John the Baptist, the Order’s patron saint. Completed in 1577.. proudly placed as the start of a ‘new’ capital city, Valletta 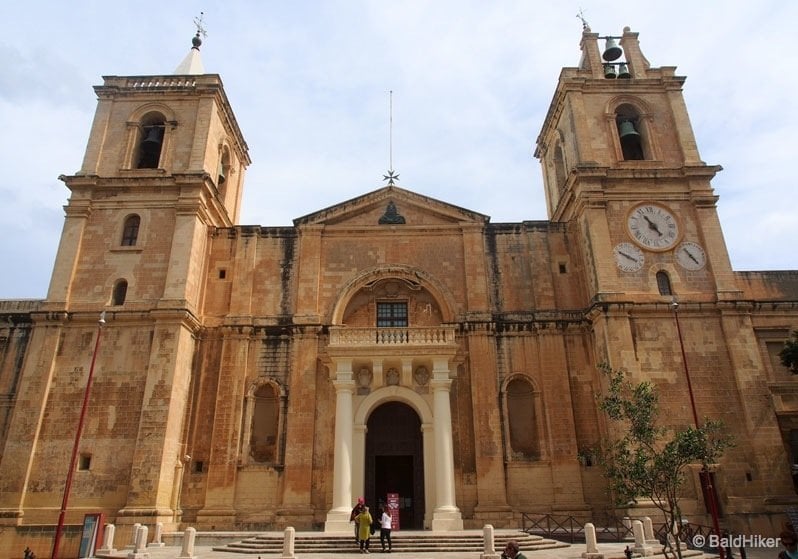 From the limestone facade on the outside you step into a huge world of art. Monuments, paintings, sculptures, statues, marble flooring. This huge interior had been thought about inch by inch in the process of building and beyond. Perhaps the most famous painting here to be seen (the only point a camera is absolutely not allowed), is Caravaggio’s The Beheading of Saint John the Baptist. Truly much larger, grander and special than I had imagined in my mind. 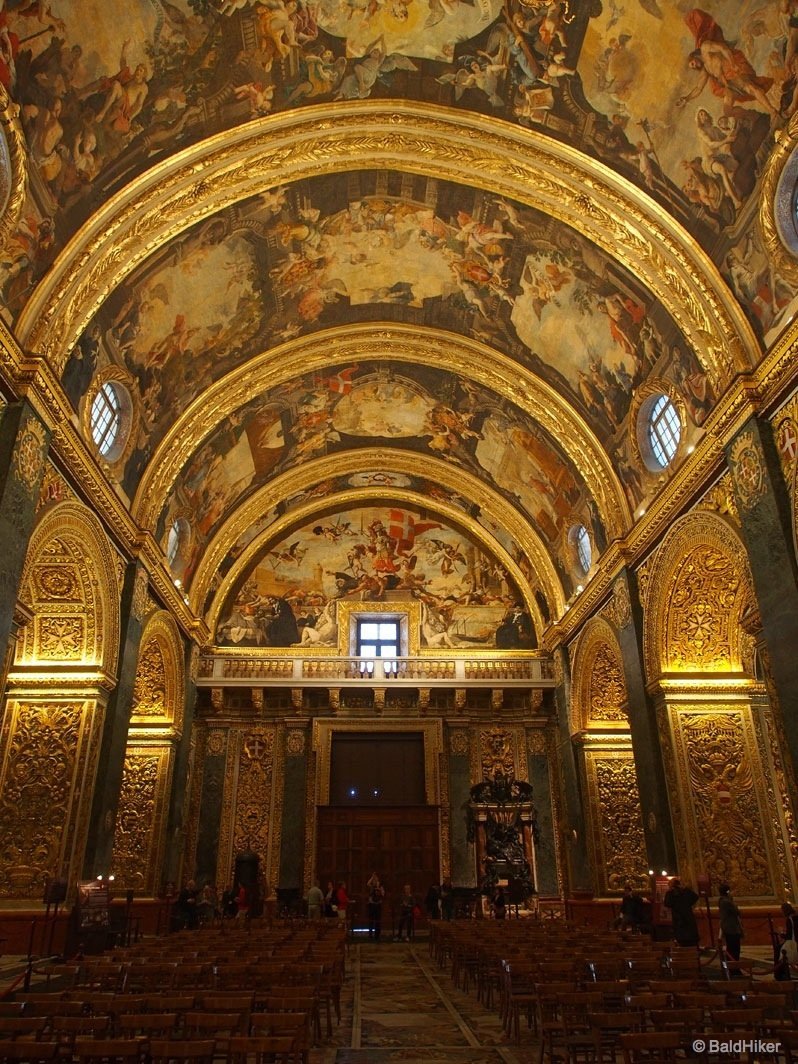 Looking up and around you see 3D like paintings on the large ceiling and in the corners with every turn. This trickery and painstaking work is by Mattia Preti. The carvings on the walls created and carved in their location rather than placed there after sculpturing! Altars run along each side of the main area are chapels/altars dedicated to differing sections of the Order. Each with their own art masterpieces and sculptures. The marble floor throughout is mesmerising and intricate. They are actually vaults/tombs holding 375 Knights and officers of the order. 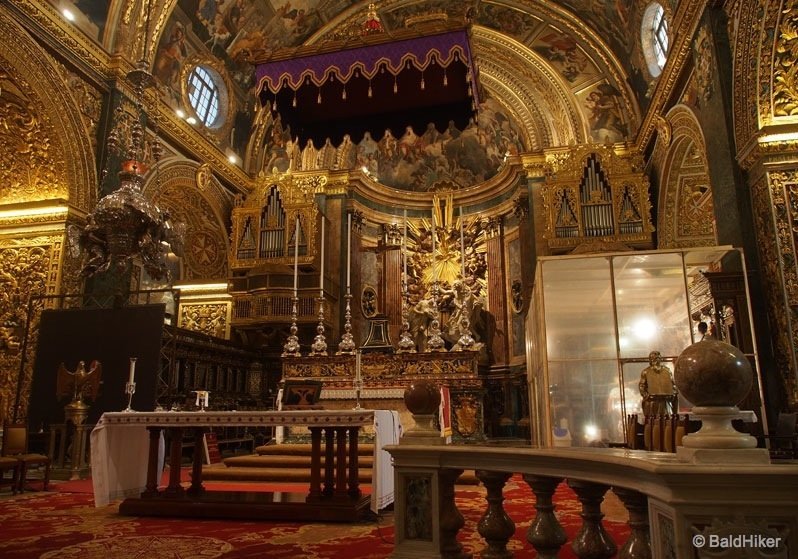 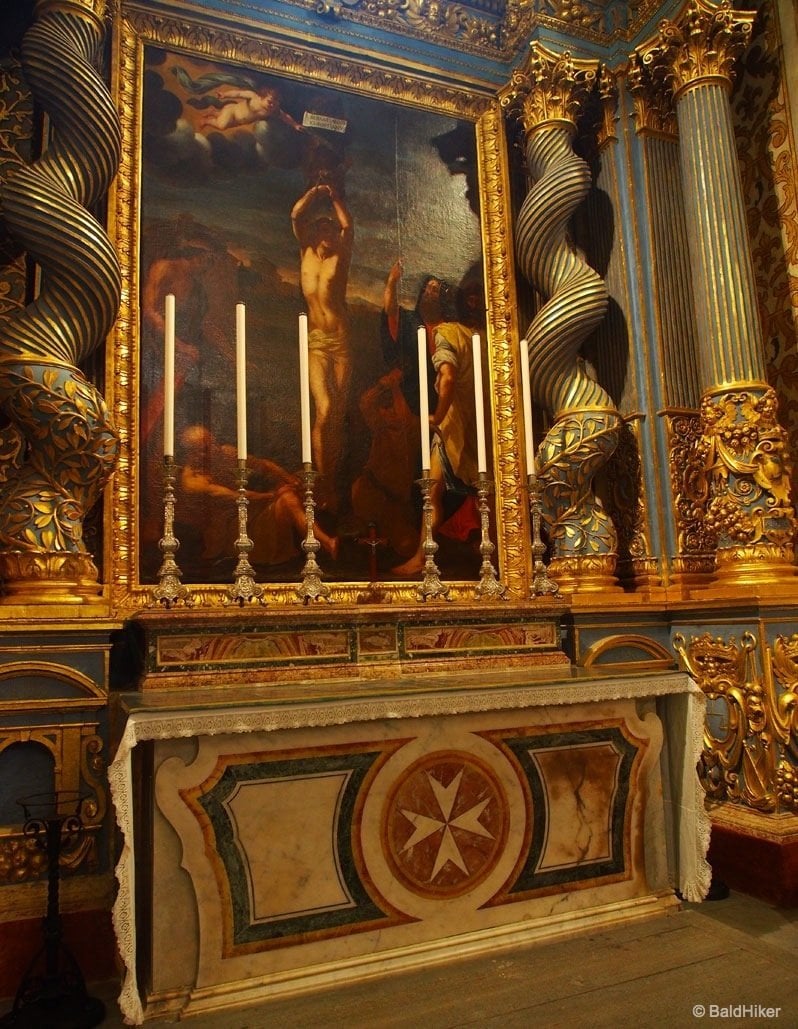 I could go on and on about the many individual special things to see here. The great Baptism of Christ sculpture at the main altar for instance, or the worthiness of each individual art piece. But I must say it is a place to explore with your own senses. A place to be awed wether religious or not. If you are within Malta, taking time in Valletta, then this is a place you must discover the beauty of yourself. Incredible. 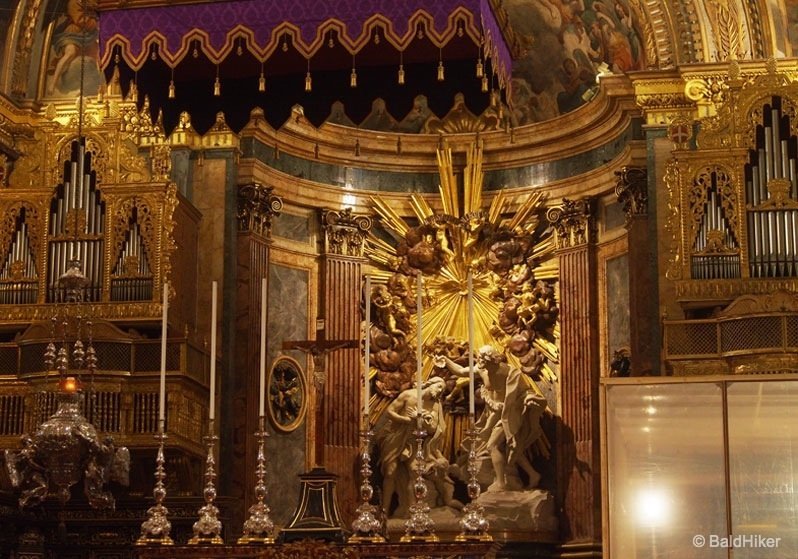 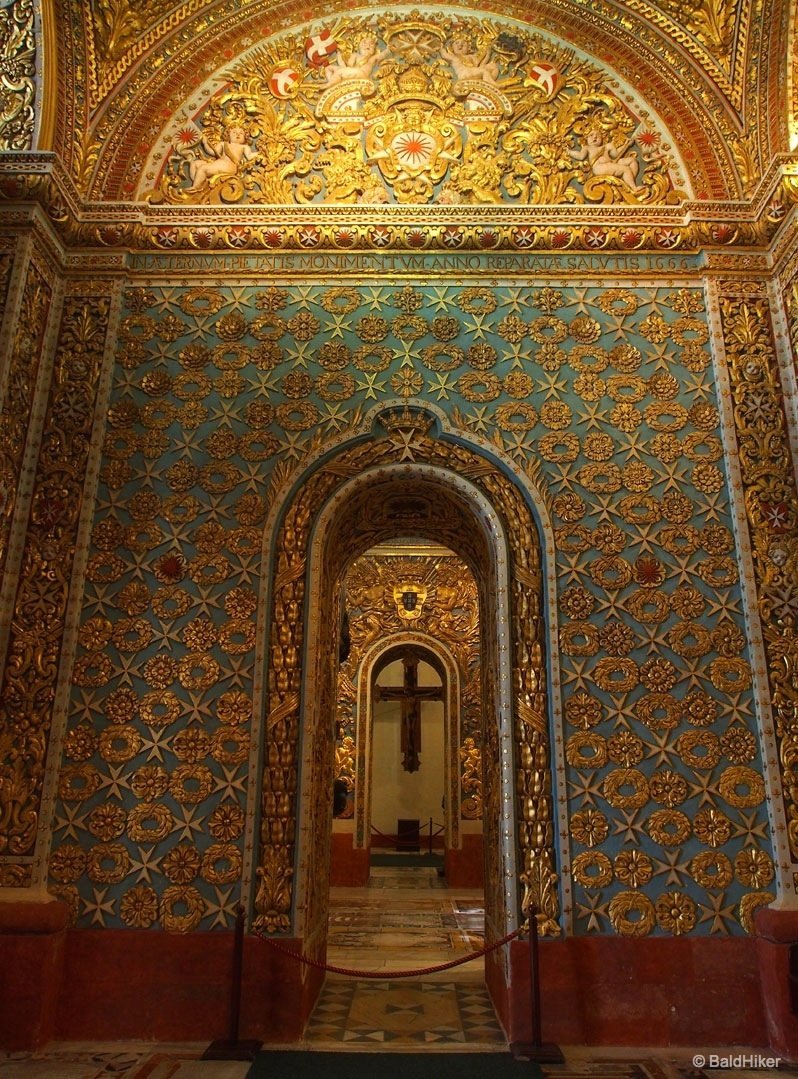 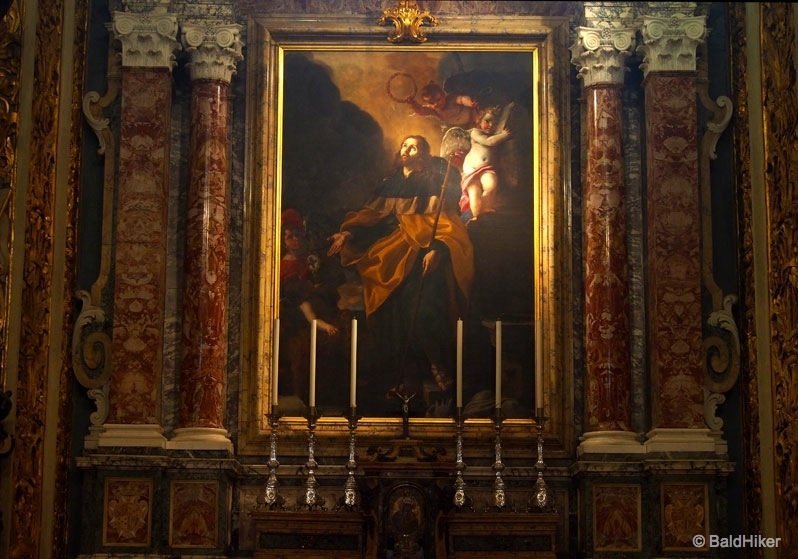 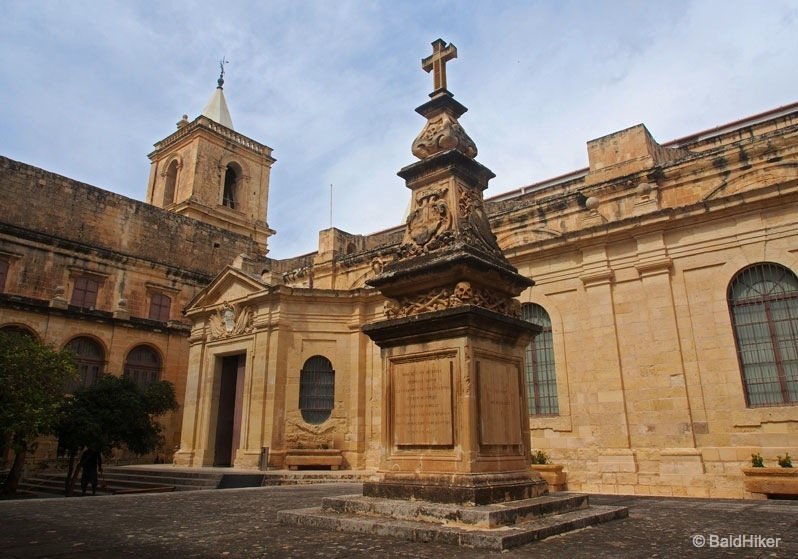 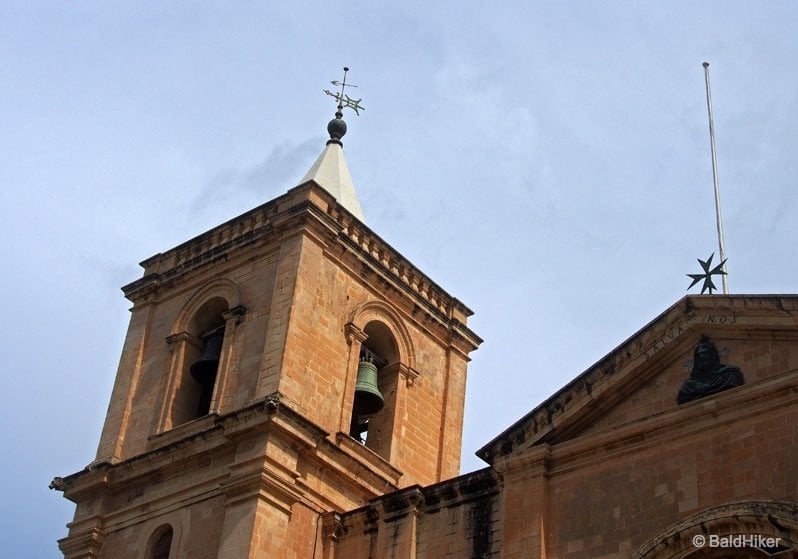