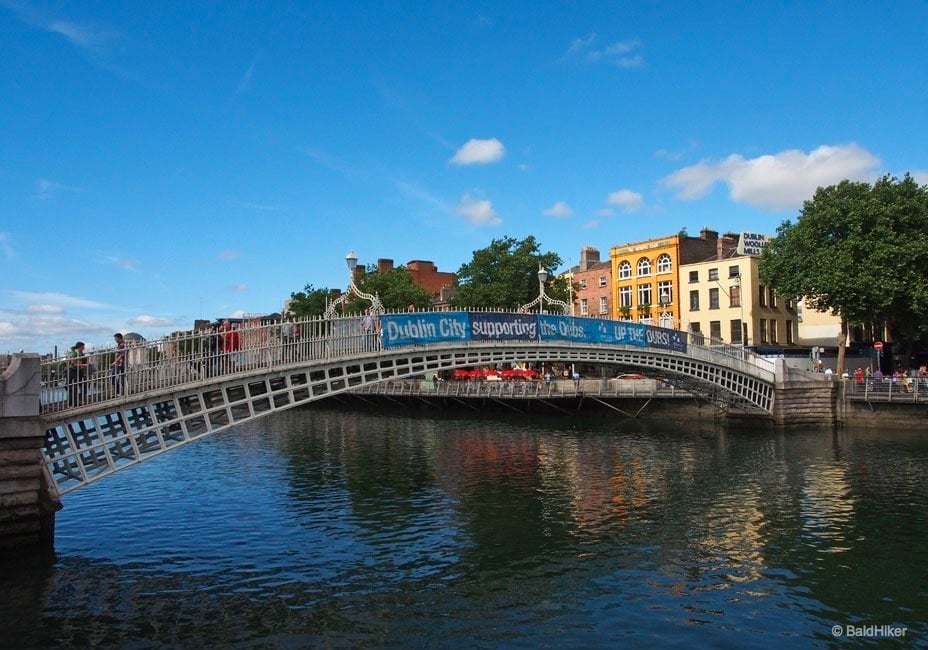 Flowing through the centre of Dublin is the River Liffey, cutting through, leaving the city with a north side and a south side. As we walked along the riverside we found numerous bridges to cross from old stone ones shred with cars or modern ones like the millennium  bridge. However, a couple of hundred years ago of course things were very different. Just walking a few minutes from the hostel we came upon the fondly named and quaint cast iron, lamp adorned, older styled Ha’penny Bridge. I wanted to find out a bit more….. 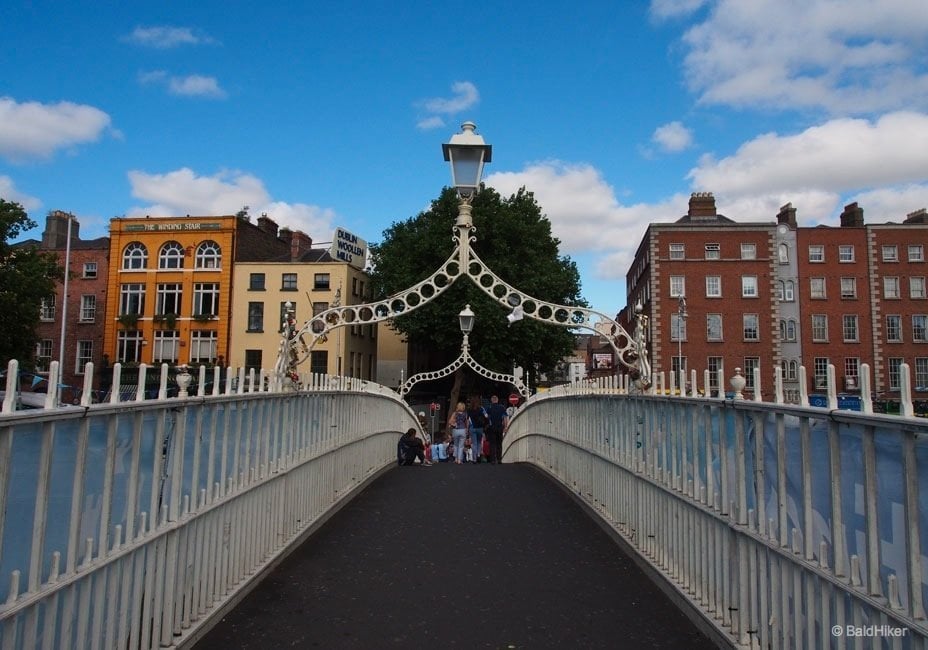 Way back in the very early 19th Century this was a spot that many people came to cross the river. One problem, there was no bridge, just the ferries run by a man named William Walsh. In his time you could say it was a monopoly taking from the need of people to get to each side. The powers that be however came to a conclusion that things needed to change, as the ferries were in such disrepair. William had a choice, repair the ferries or build a bridge. A bridge enabled him to charge ha’penny (half an old penny) for people to cross, the cost of the ferry crossing, deal done and lots of money made I believe. Built in 1816, he could get rid of the ferries. The lease was for 100 years too! ….. 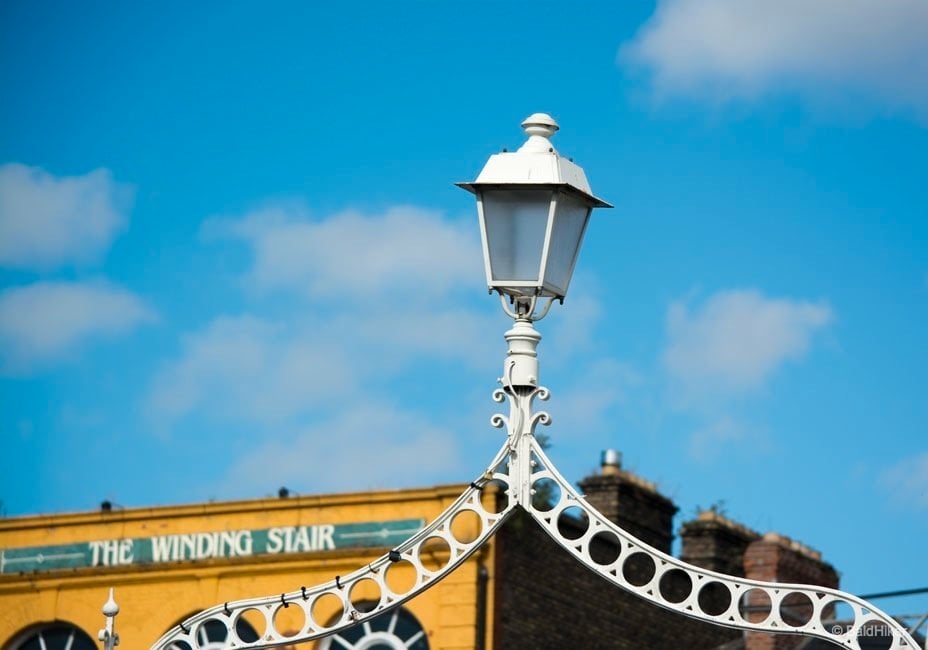 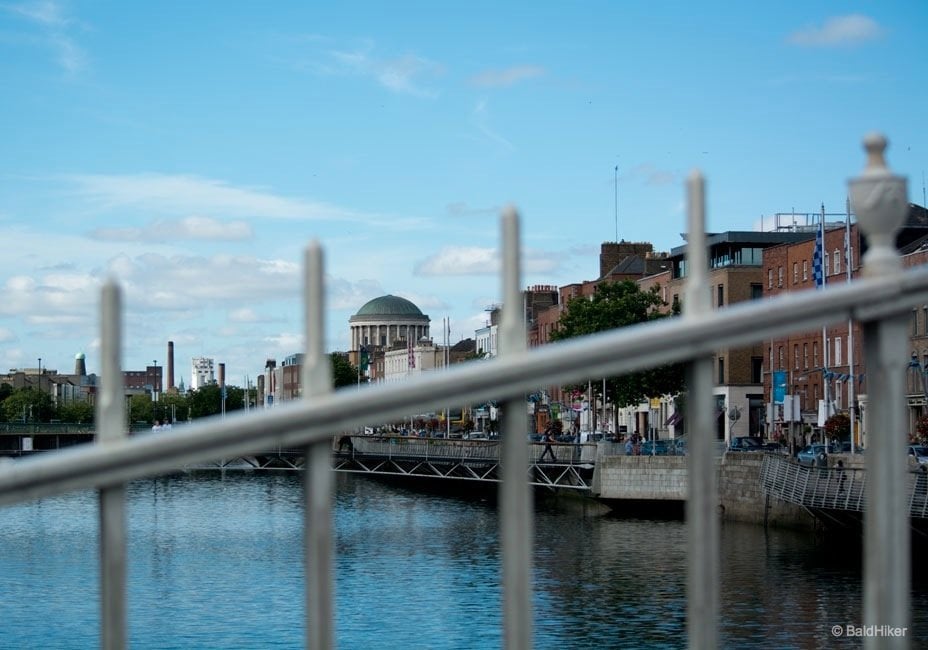 Ha’penny bridge is how it is named on many maps, in many guides and by virtually all the Dublin folk. It has had two official names in the past, upon being built it was the Wellington Bridge after the Duke of Wellington and then in 1922 it changed to the Liffey Bridge, still its official name. Throughout the 100 year lease of course came inflation, at one point it went up to 1 and ha’penny. Alas after the hundred years was up it wasn’t long until it became free to cross (1919). And it stayed the only truly pedestrian bridge crossing in the river all the way until 1999…. 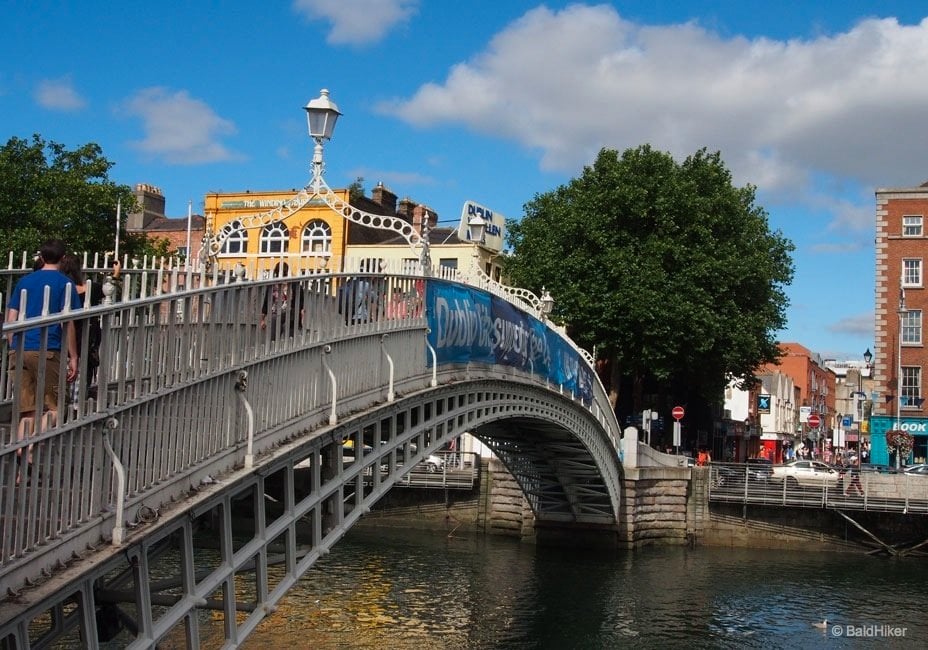 One thing you notice as you wander across, the ‘love padlocks’. Oh yes, I gather a great cause of debate in these parts. Over the last few years couples have been declaring their love for each other on the bridge, carving their names and poems etc onto padlocks and sealing it by attaching the padlock to the bridge. The council etc have made great public efforts to stop people from doing it as it damages the paintwork etc, and occasionally come and cut them all away. Alas, I fear the more they shout no, the more they publicise the romantic idea and as this day ,we saw many locks and inscriptions of love. Young lovers will be young lovers 😀 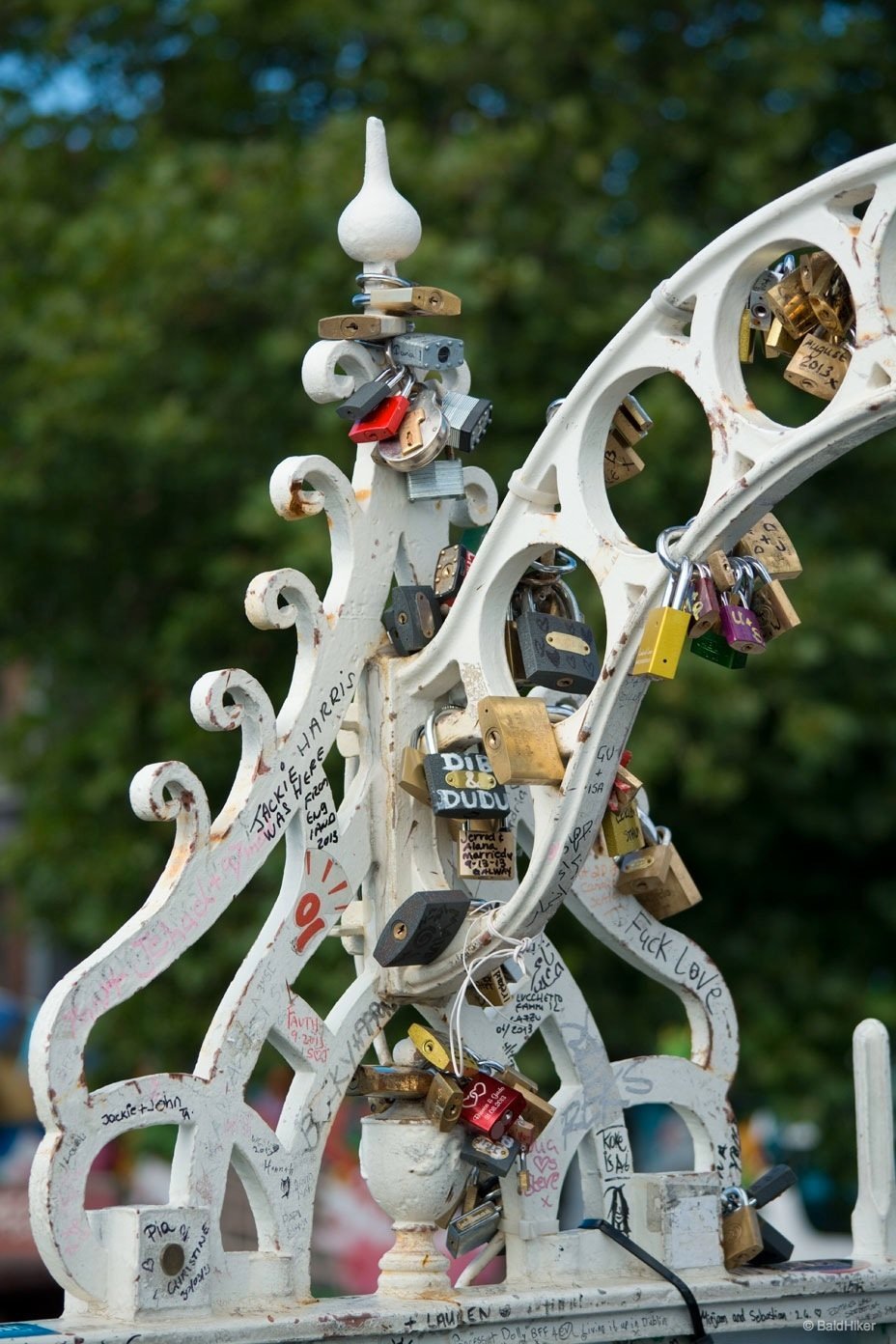 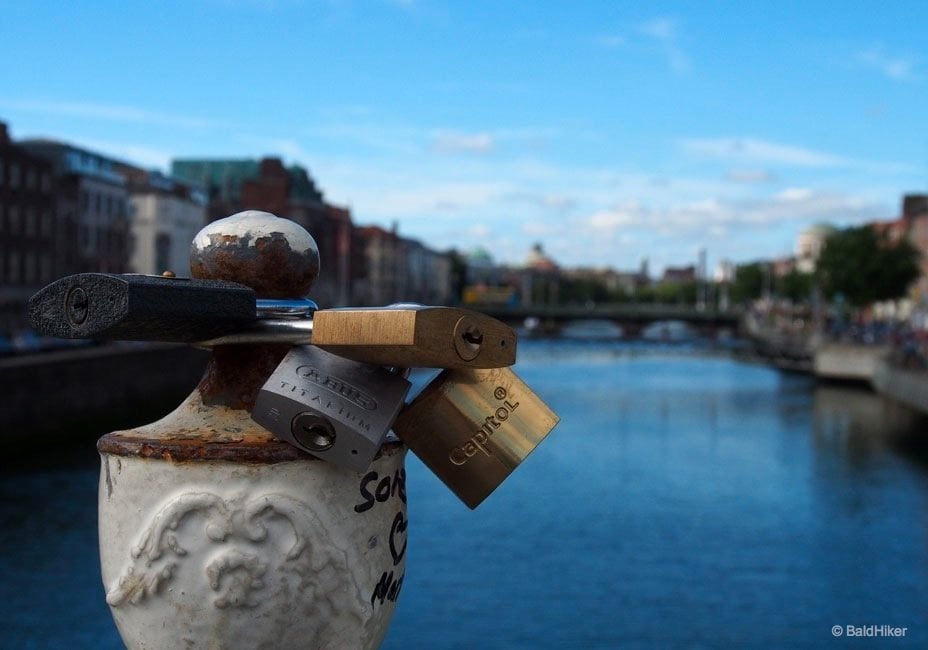 It truly is a remarkable bridge, and is one of the oldest cast iron bridges built. Just in the minutes I was there, hundreds crossed, underneath the lanterns, some taking in the views down the River Liffey, some making their way South and into Temple Bar and beyond. The football fans adding their cheer to the proceedings on a wonderful sunny Saturday. Great spot! 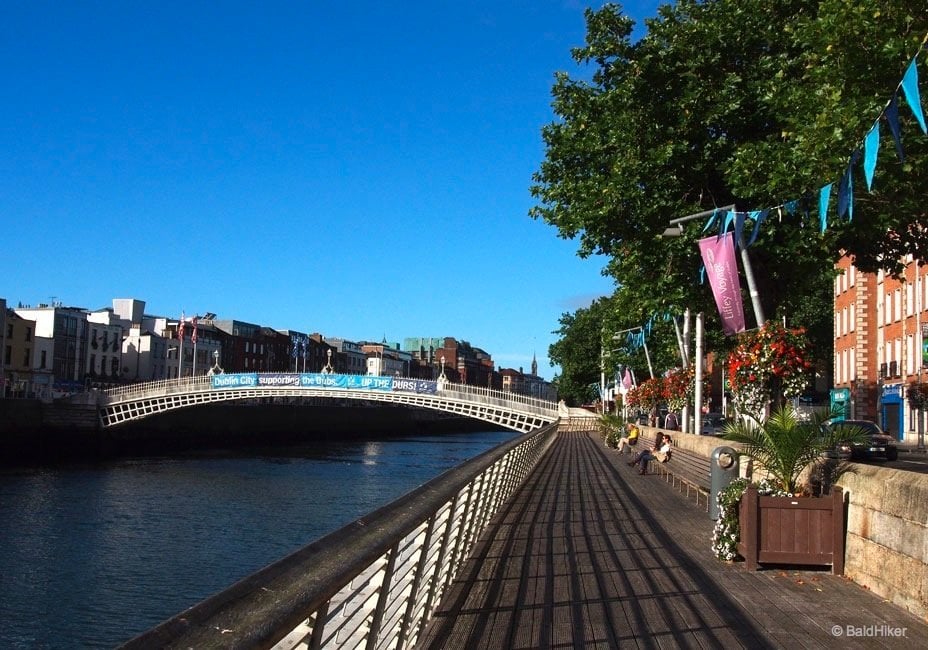