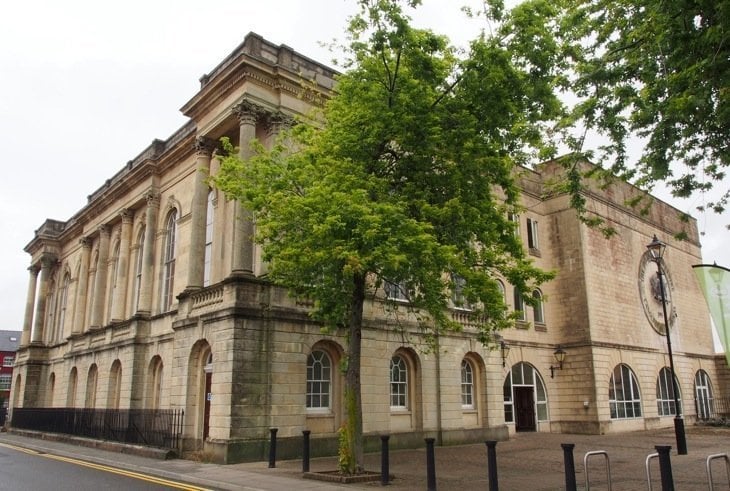 After exploring some of the Gower coastline it was time to go into Swansea itself and to the maritime quarter, I headed to the building that hosts the exhibition – Dylan Thomas: Man and Myth. Dylan Thomas is probably known as Wales’ most famous poet and writer. Born in Swansea (1914), it is thus natural for all that seek to learn more about him to head this way. His words, voice and fame took him far and wide especially across the Atlantic, so when this 19th century building was refurbished in 1995 to be opened as the Dylan Thomas Centre, it was opened by a fan of his, ex US President Jimmy Carter. 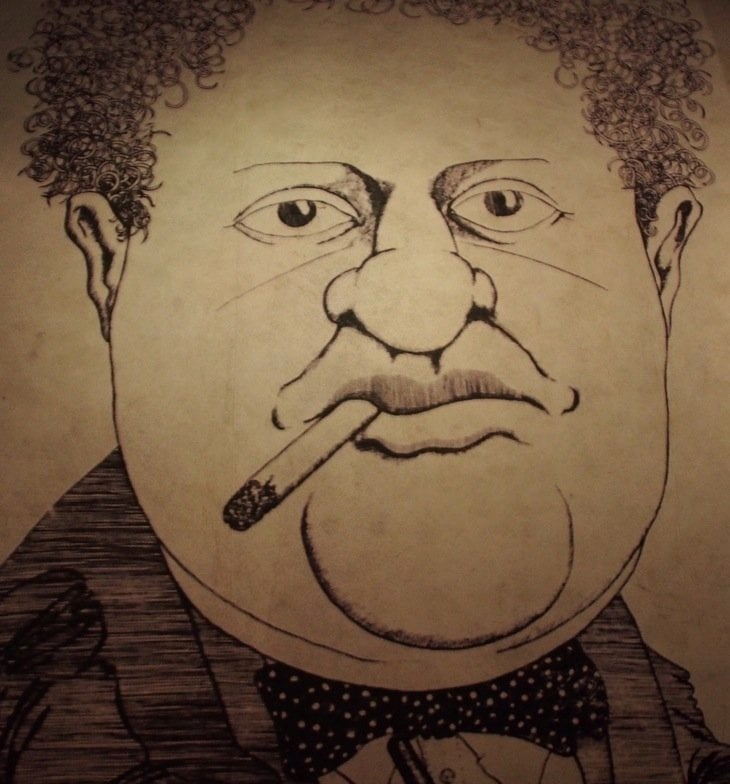 Dylan Thomas was a poet, a play writer, a story writer, a radio and film writer and gave live broadcasts over radio and on stage too, that gave him even more fame. The world’s first true multi-media star don’t you think? The level of fame and his private life has led to many stories of adultery and alcohol. He liked his drink and it is also true he liked his women. Some say he hardly drank when they saw him, especially when he was home in Wales. Myths have grown and debate runs high on his genius. A remarkable man with a remarkable talent whose untimely death in New York (1953) aged just 39 also led to myths of alcohol, a shoddy doctor or was it pneumonia. The suit below is the one he was wearing during his time in New York. 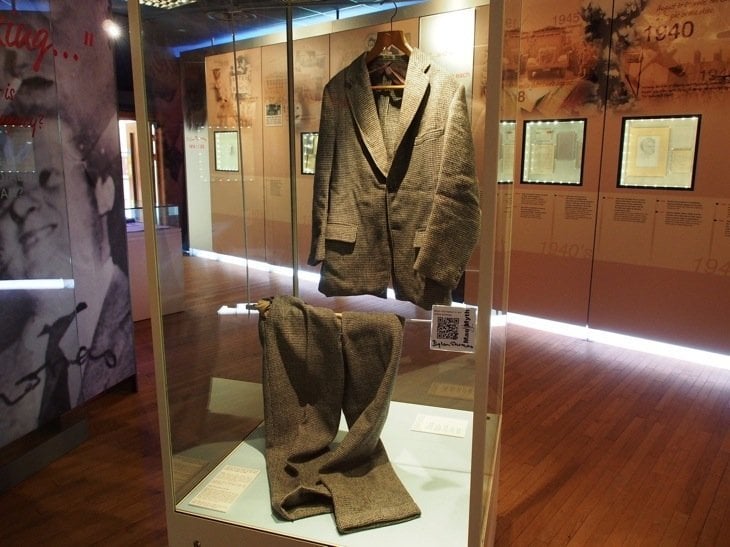 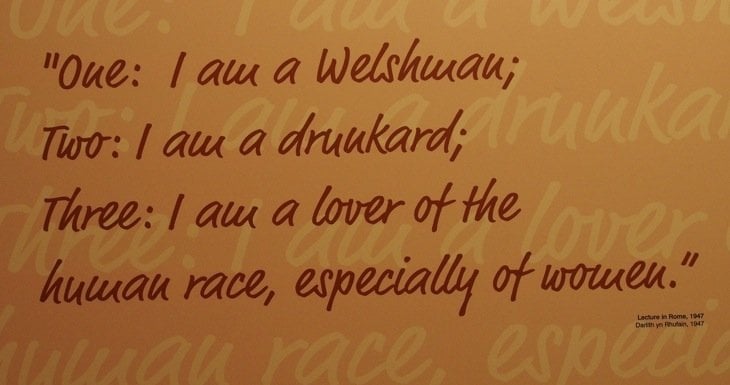 I am not here to give a run down on everything I learnt and saw. I found it fascinating to come and learn for myself. If you are in the Swansea area then you do not need to plan it into a full day. Pop in and discover Dylan Thomas amongst the largest collections of memorabilia. From his early life in Swansea, all the way through. His distinctive voice plays through speakers reciting his work as you wander and learn. 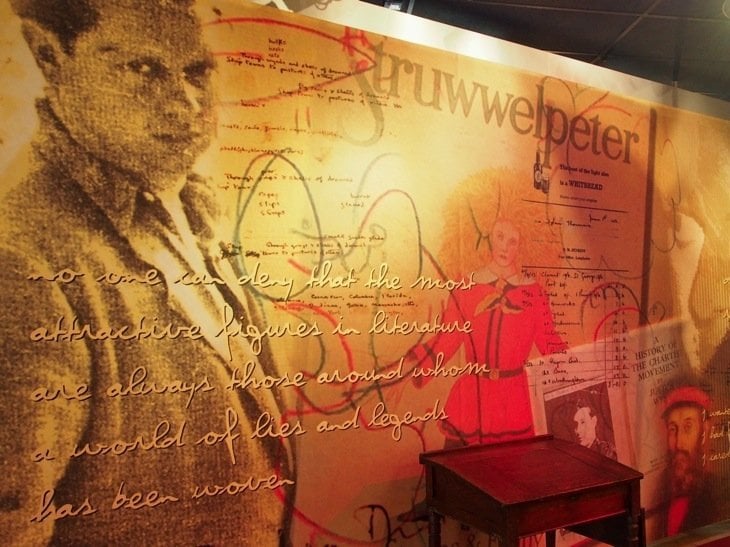 It is believed he was most studios and productive when in his homeland. When living in Laugharne he had his writing shed. The doors below were saved from the council rubbish tip in the 70s. 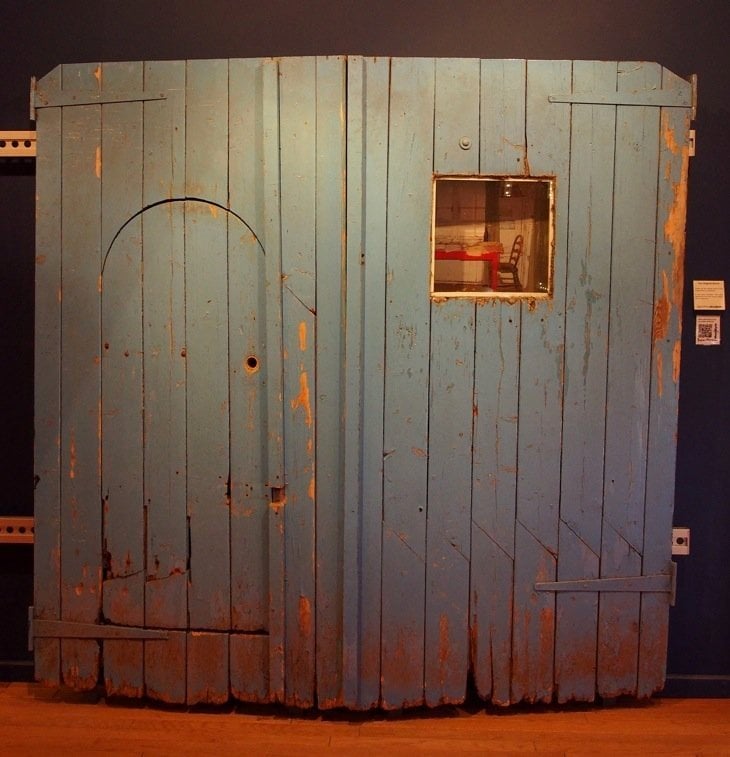 The show of interesting things ranges from personal items to photographs as a child. Even his one and only piece of art is on display. Dylan was certainly a note-maker.. These two sheets of original notes by him show how he thought and thought about each line. 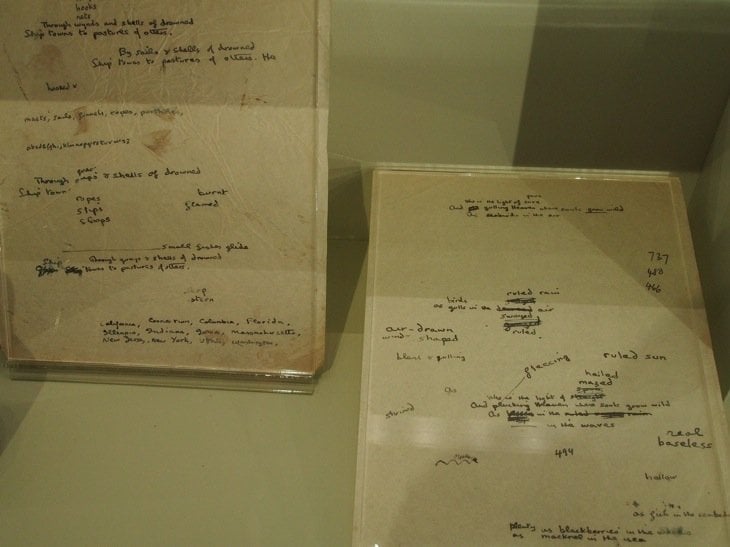 He inspired so many, his name and image appearing in so many ways that you will have inadvertently come across him wether intentionally or not! The front cover of The Beatles Sgt pepper album. Bob Dylan changing his name from Zimmerman in honour of him. Catherine Zeta Jones and Michael Douglas named their son Dylan after him. In fact Catherine’s production company is named Milkwood, that comes from the title of Dylan’s most famous radio drama and stage play, Under Milk Wood (1954). The main street of that work, about the lives and thoughts of residents in cobbled streets of a fishing village? – Coronation Street. Finally I leave you with a sense of his mischievous humour… The name of that play’s fishing village, the very Welsh sounding Llareggub, now read it backwards 😉 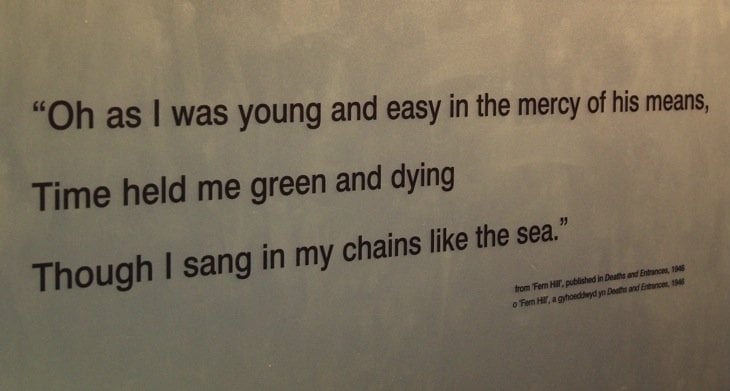 Back outside in Swansea there is a Dylan Thomas Trail around Swansea that enables you to discover where he spent time as a youngster or later where he worked and frequented.