Living in London – a city that never sleeps – and where street lamps light up the night sky; I find myself longing to gaze at stars twinkling on a pitch-black velvet sky.

Star gazing in St Lucia proved a treat for the senses. On a beach in near darkness I watched the stars whilst listening to the sound of the waves lapping the shore. On a slow-shutter speed, my camera revealed the clouds that I could not see… 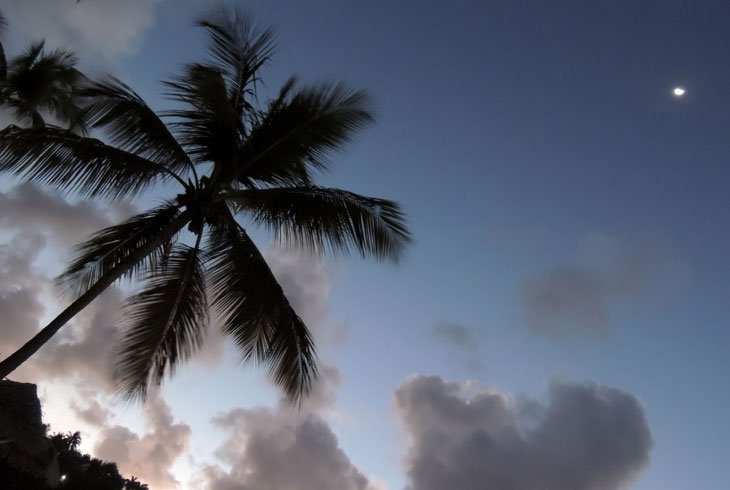 As the breeze rustled the palm leaves above me, I could see familiar constellations – like Orion’s belt – lighting up the dark night sky. Sipping local rum, in a warm night breeze – I could feel city stresses melting away. It was soon time to sleep.

The next morning was filled with tropical colour to awaken the senses. Beautiful pink bougainvillea – flowers within flowers – in huge bushes; set against a perfect backdrop of a blue sky and gentle fluffy clouds. 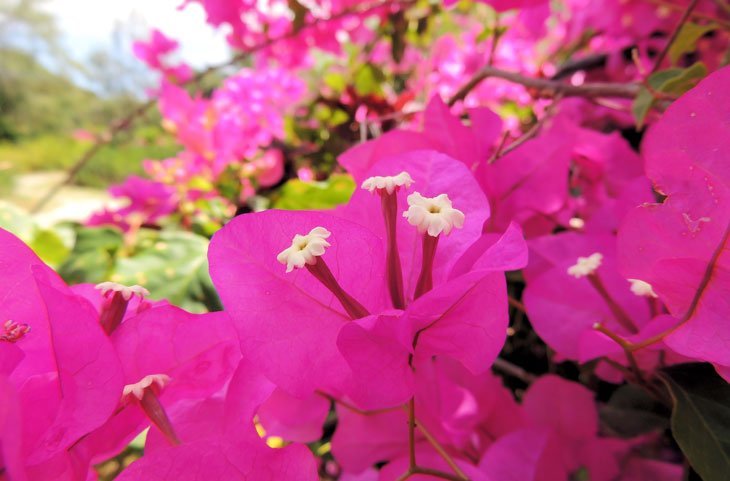 Amid the flowers, a gaggle of rowdy blackbirds were chattering excitedly – breakfast was soon to be served. Despite the best efforts of waiting staff, restaurant tables were systematically (and comically) pillaged by these nimble, winged invaders – who were after just one thing… Sugar. 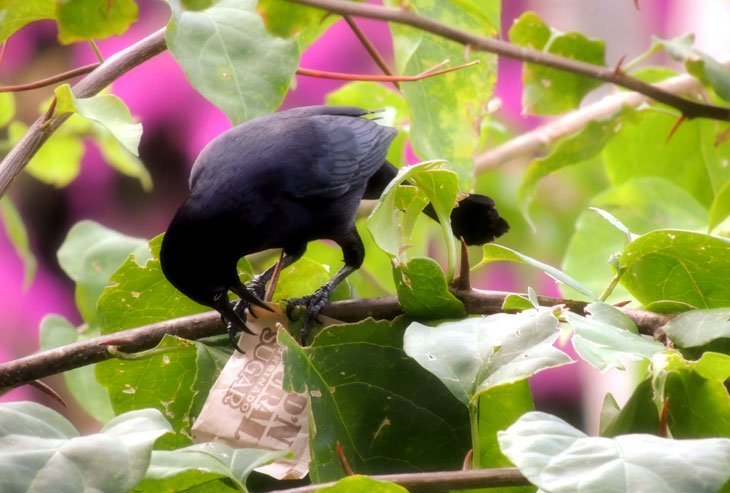 Back in the trees with their stolen sachets, it was amusing to watch the mixture of concentration and bliss on their faces as they battled to open the paper and then enjoy the sweet crystals…. 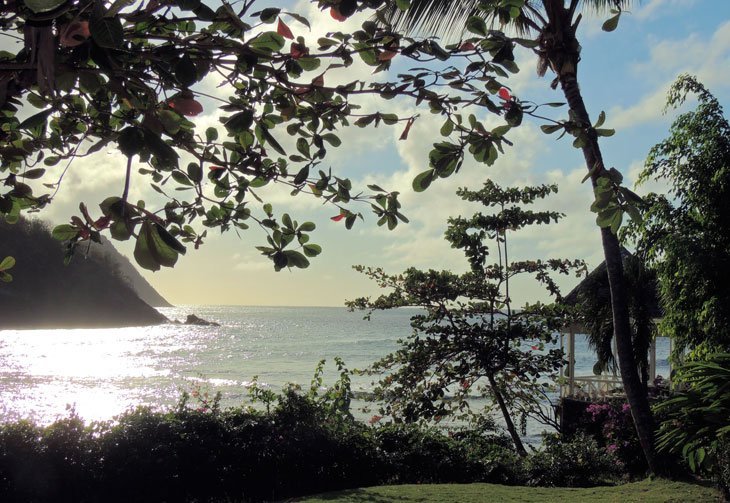 The day was spent looking out over a sparkling sea. It was a chance to relax and recharge; to be invigorated and healed by the beauty and sounds of the ocean. 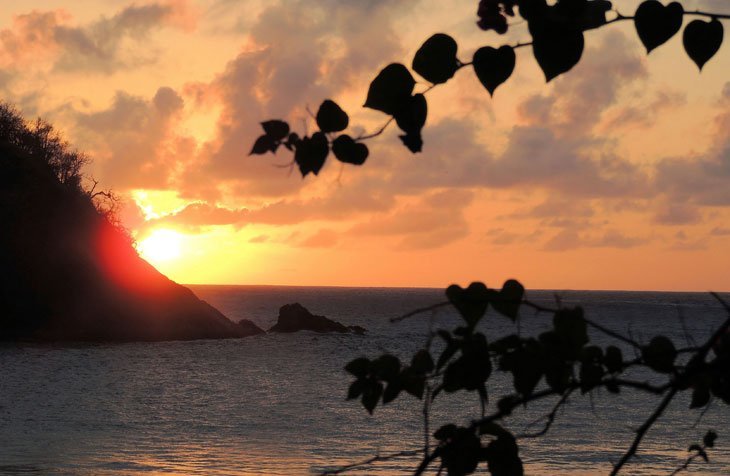 As the sun began to set, I noticed the leaves were silhouette hearts against the sun. 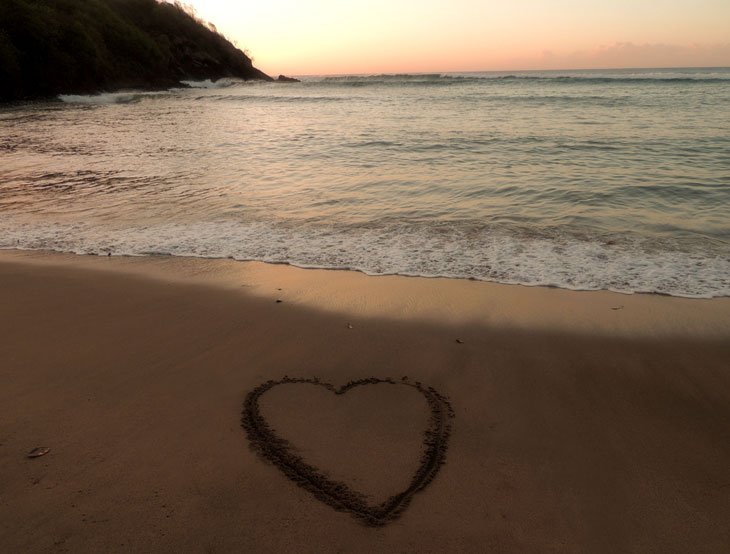 It’s easy to see why people fall in love with the place…..