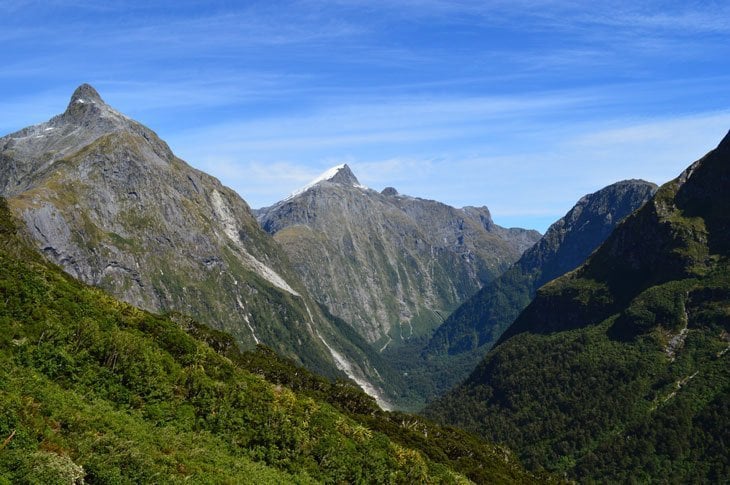 It was time for the big and grand day three of the Milford Track. A day to get high out of the forest and up into the alpine scenery. Wandering up the Clinton valley on day two you got your first sighting of the saddle between the mountain tops that is known as Mackinnon Pass. The highest point of the track at 1154m (3786ft). This is the pass over which you tramp over and head down and down into the Arthur Valley and more beauty below. 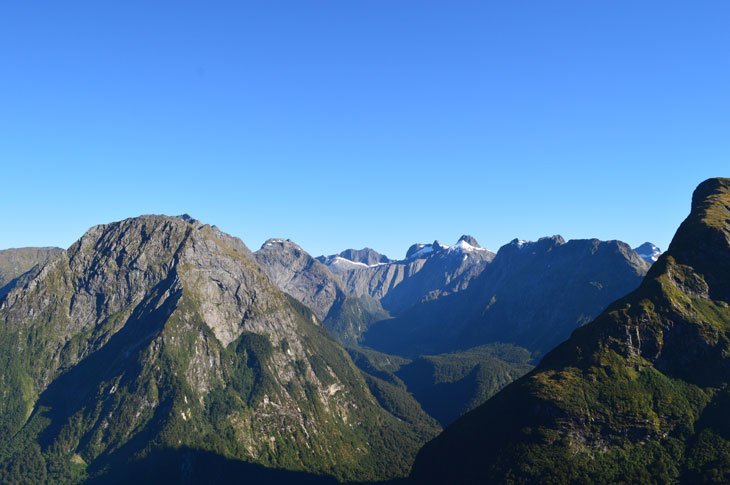 The name of the pass sounds very Scottish doesn’t it? Well it is named after the person whom discovered it, Quintin Mackinnon, born of Argyllshire, Scotland and emigrated to New Zealand in the 1870s as an explorer. He was tasked with finding a route for tourists from Lake Te Anau to Milford Sound. After months thrashing through forests and facing extremes he found the pass over and down to join the Arthur Valley that we discover more of on day four. It was Quintin that was responsible for making the Milford Track path accessable for tourists and he was the original guide on this great walk he helped enormously to make what it is today. 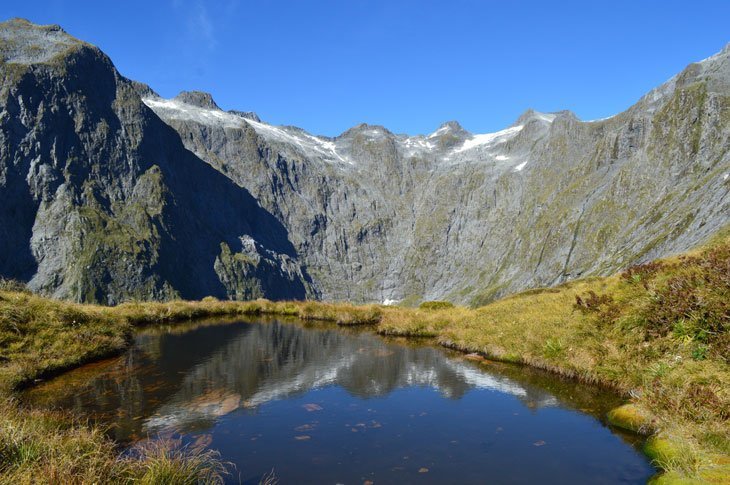 Although with a climb and big descent today needed a good fresh early start after a good breakfast. Up and up the zig zags we go! 🙂 Nothing to be daunted by at all. After the first half a dozen zig zags you suddenly step out above the forest tree tops and believe me you will be distracted by views in front, to the side and behind. Take your time, enjoy it, marvel at it. 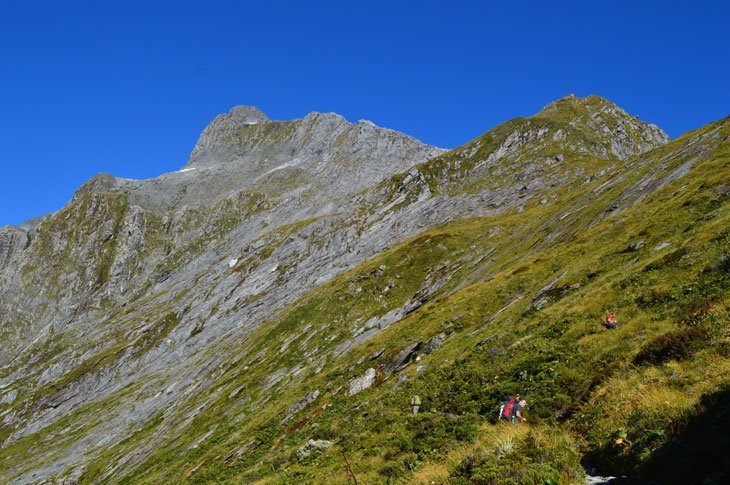 Before long you see the first symbol of the top. A cairn erected in memory of Mackinnon himself. A perfect spot to take the rucksack off, get the camera out and look out in wonder. Between here and the hut that sits on the pass summit there is so much to soak in. Looking back down from where you came the Clinton River winds down the valley with miniature looking trees lining the valley floor. Look closely and way below you can see the huts you set off from that morning. 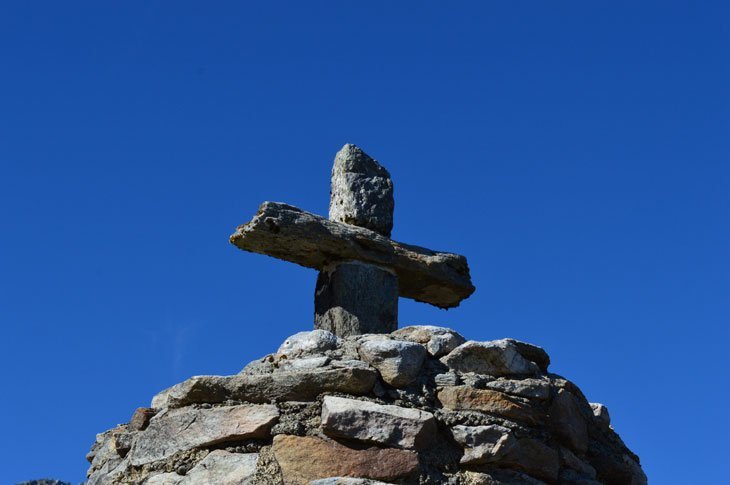 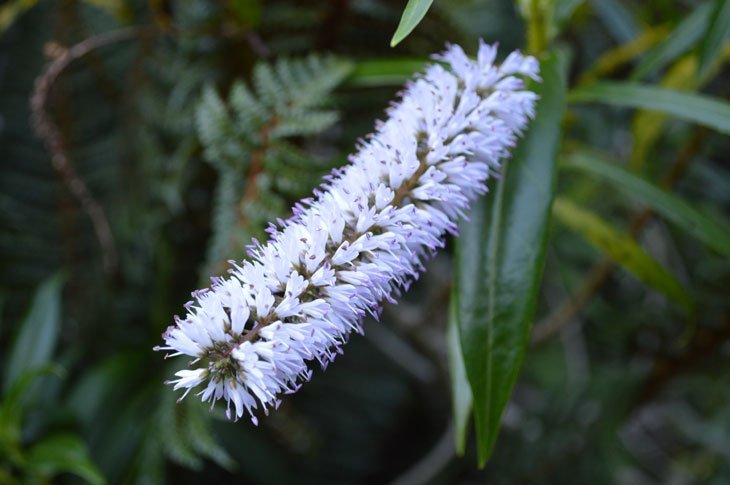 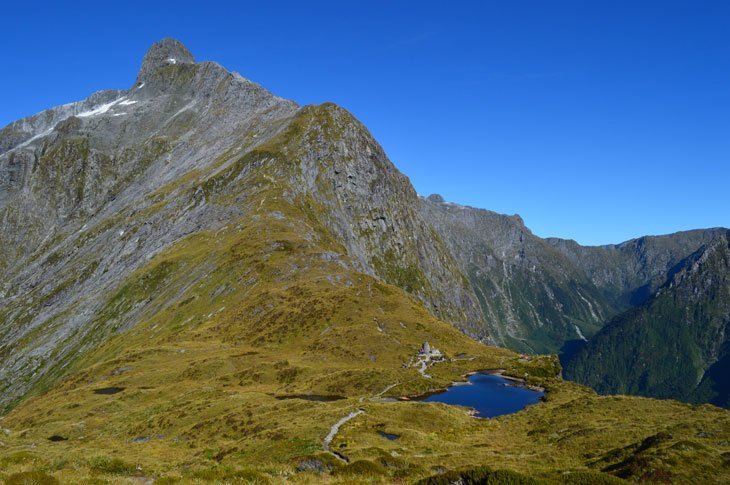 Looking the other way and just as many wows if not more. A spectacular New Zealand Alpine panorama stretches out. Snow glistened in the sunlight on the mountain tops whilst deep green valleys snaking up between them. Looking out directly North you can stand and sit on the edge. The drop down is fondly called the ’12 second drop’, yes a straight down drop. It adds to the perspective and magnitude of the place. These photos are just 2D… I can only say go see with your own eyes. 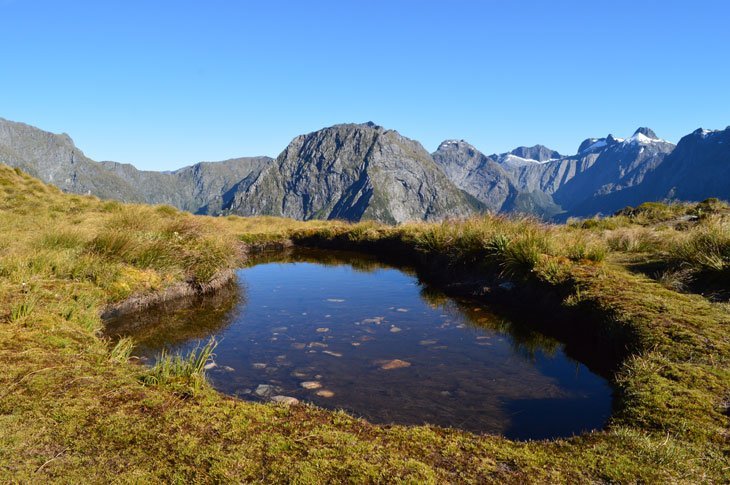 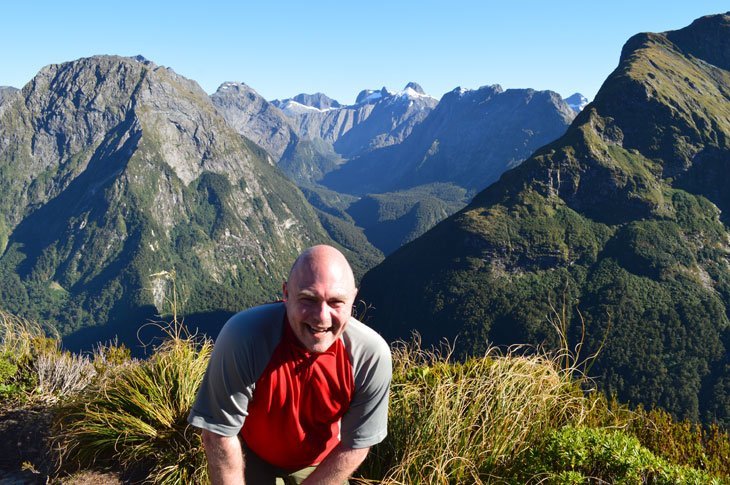 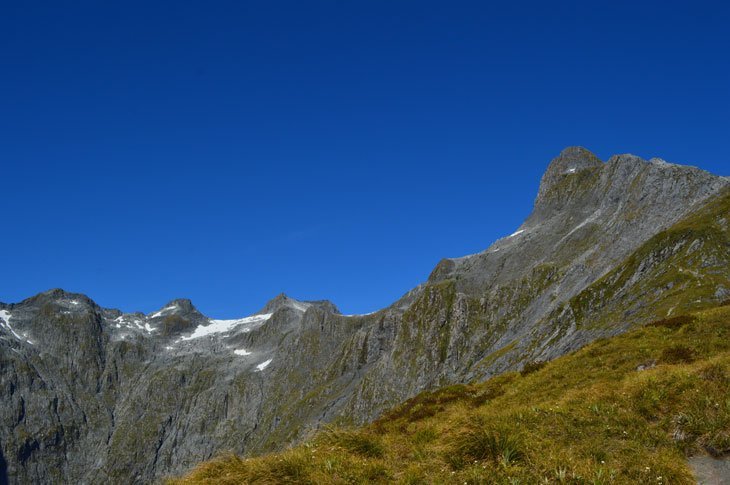 I was so so lucky! Look at the skies, they were so so blue. If you consider that it rains up here on average over 300 days per year then heavy cloud days that does not leave many days for blue skies 😀  However, as I have said before on previous days, I missed out on the rain. Rain is such a positive thing here for the views too! Imagine giant waterfalls cascading off the mountains on each side of the valley as you look back down? A wonderful memory many get.

The hut up here too has a quirk you can’t forget in a hurry. One of the best loos with a view in the world. Yes, a toilet is there that as you sit you can look out and take in this view…….. 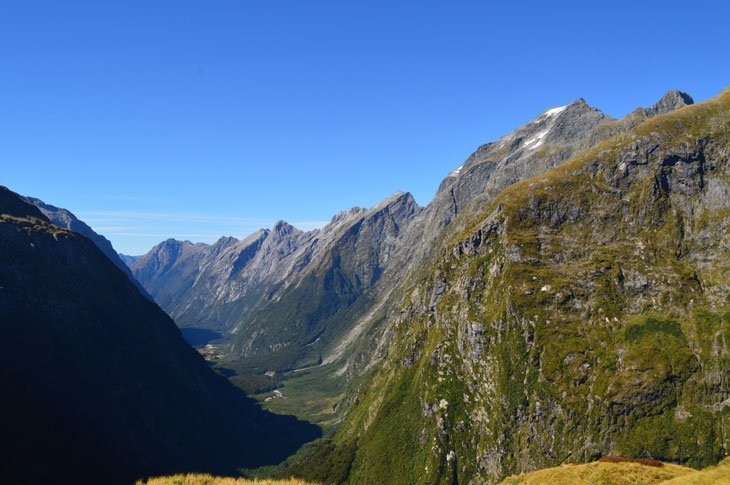 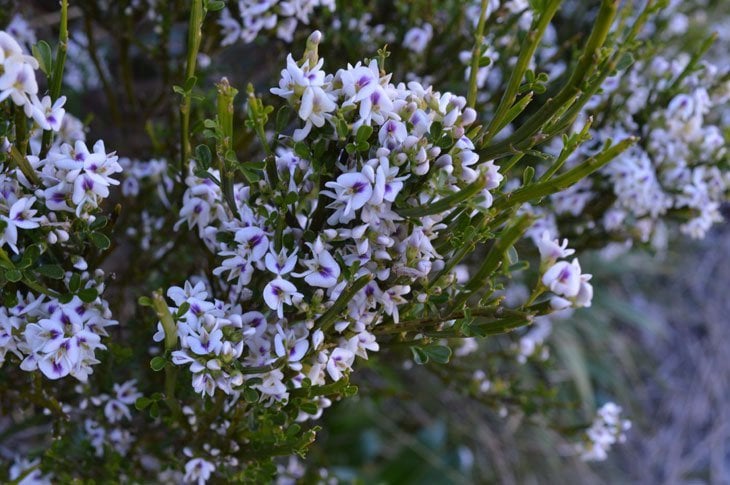 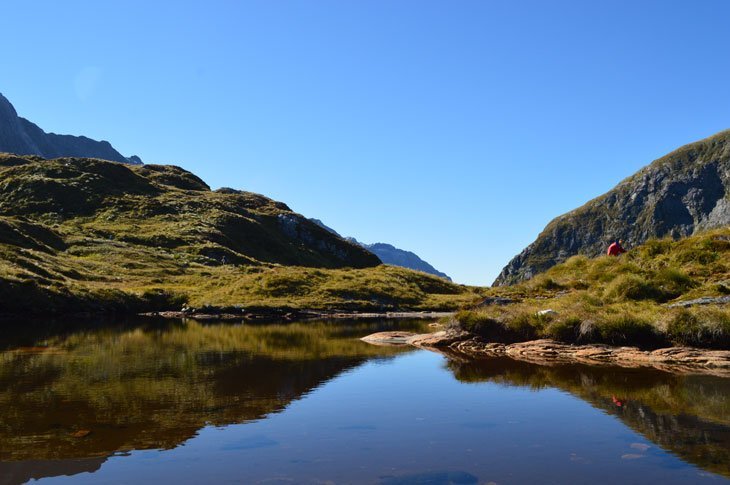 Alas it was time to move on, and down. To ascend there was about a 500m climb… To descend to the other side involves going down about 1000m and within not too many miles. Again, enjoy the views around, take your time and the knees will be forgotten about as you head towards more paradise that is day four, the forest walk of waterfalls through the Arthur Valley and to Milford Sound. 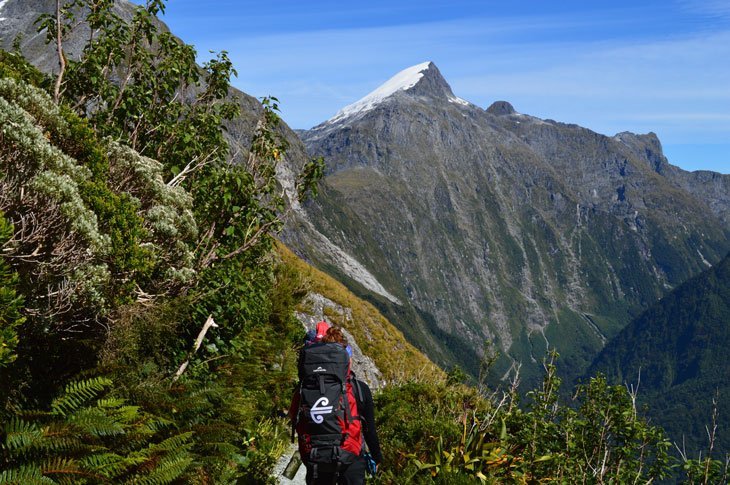 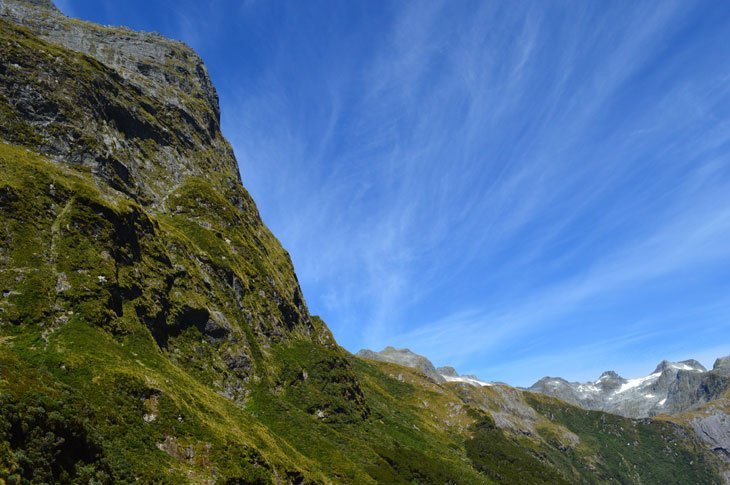 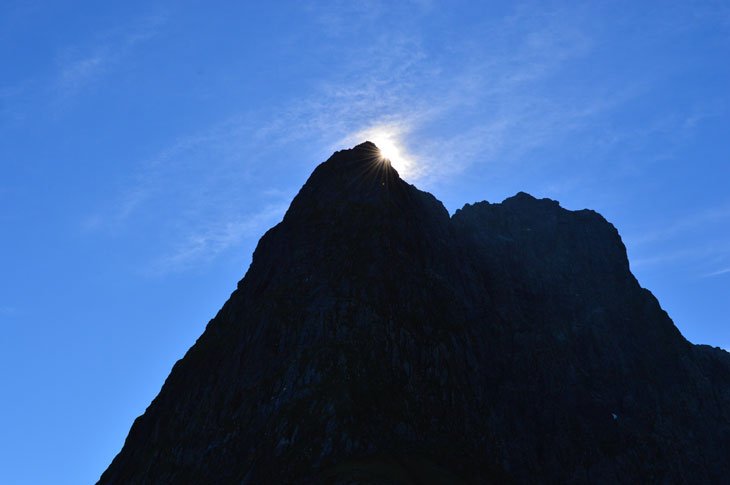