I have spent many hours over the summer months crouched among flowers in my little garden in England; filming and photographing a wonderful array of these enchanting beetles. Some even have heart-shaped spots…. 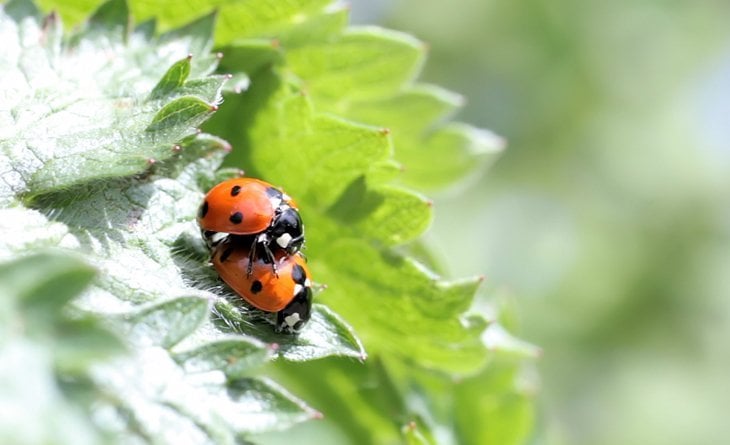 Arguably one of the most charismatic of all insects, ladybirds (or ladybugs as they are widely known, especially in USA) remain a firm favourite with children and adults alike – and it’s easy to see why. From an early age, children are introduced to ladybirds in books and toys. 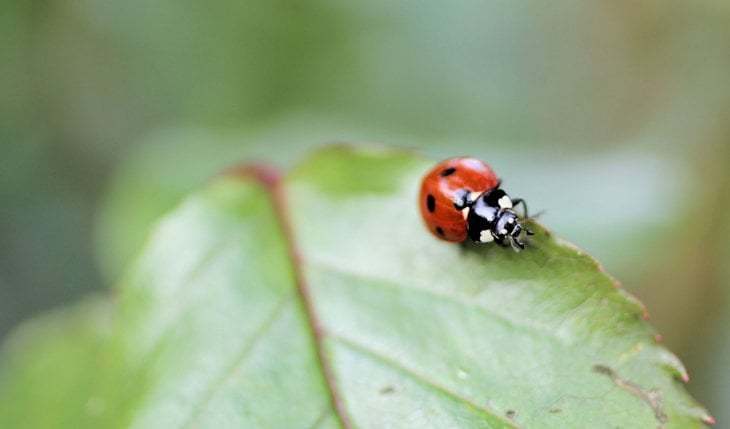 While other less attractive insects are (sadly!) not depicted so favourably; ladybirds with their bright, colourful patterns are portrayed as friendly, fun characters – usually enjoying life in a pretty flower bed. 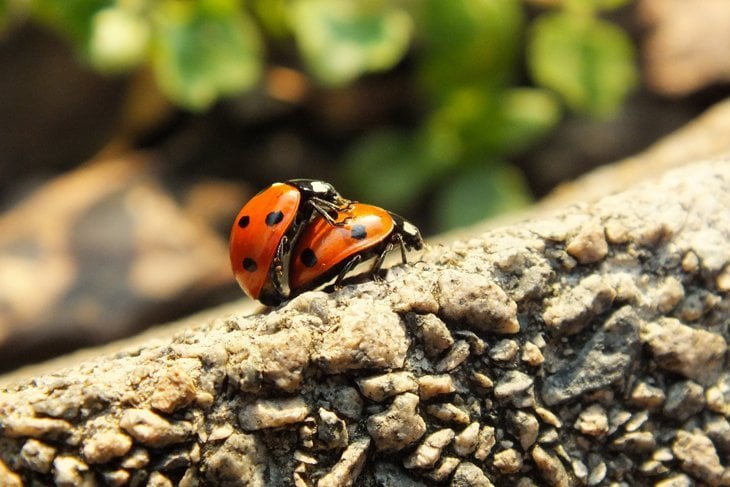 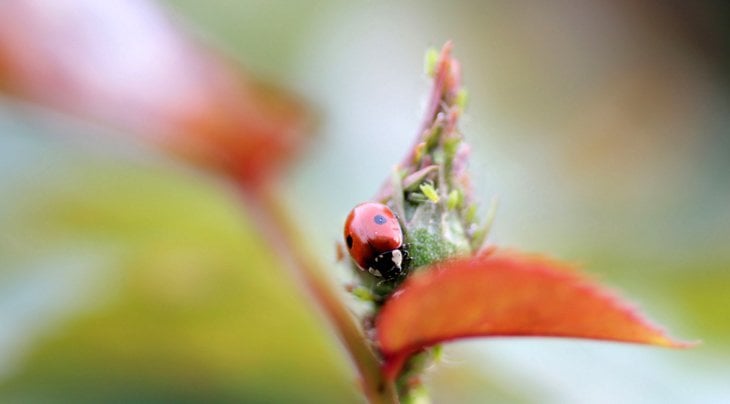 Away from children’s books, ladybirds remain a gardener’s friend – devouring aphids that would otherwise destroy garden plants. (Photos above are of the British native 7-spot and 2-spot ladybirds.)

The four-stages of the ladybird life-cycle are fascinating – from egg, to larva, pupa and finally adult beetle. During the pupa stage, the larva undergoes an incredible metamorphosis. When the ladybird finally emerges, it is bright yellow in colour!  As the soft wings harden in the sunshine, the ladybird’s final colour gradually appears. 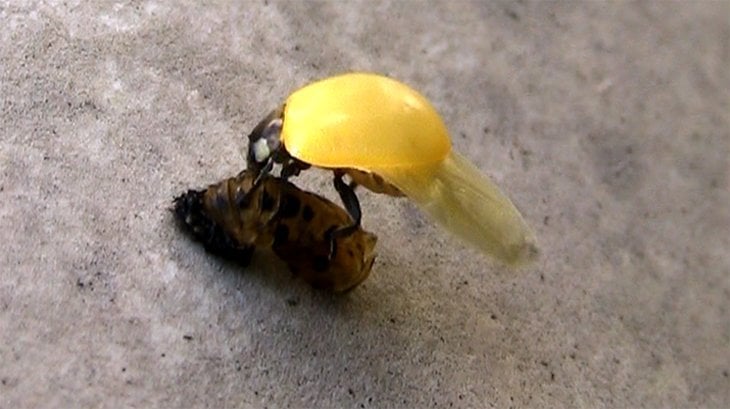 The British ladybird story is now entering a new chapter. In the UK we have 46 species of native ladybird.  But in 2004 a new arrival heralded a change in balance – the Harlequin ladybird. (See photos below) 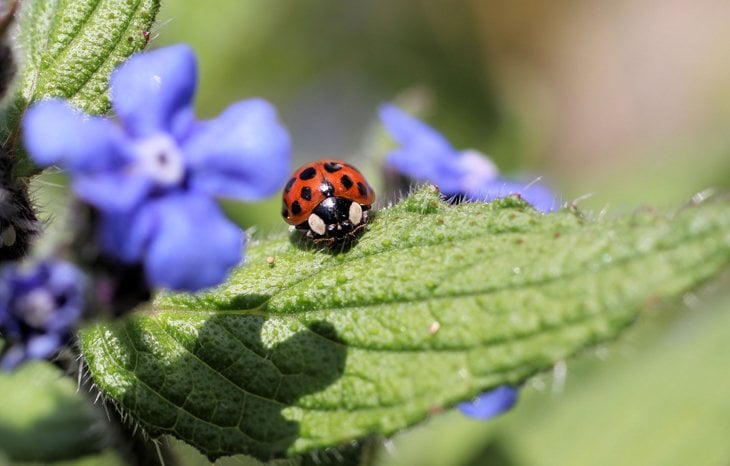 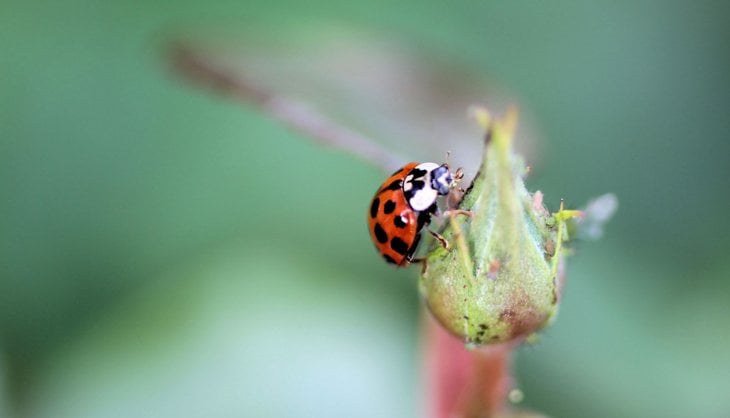 The harlequin ladybird or harmonia axyridis, is an invasive species; rapidly moving across the UK from the South-East. It has the potential to have a major impact on native ladybird populations. 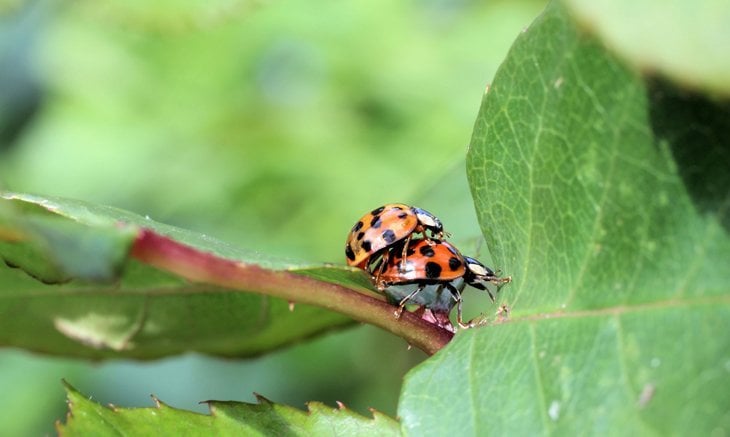 Such is their desire to survive, harlequin larvae will not only eat aphids and other insects; they will also eat the larvae of other types of ladybird – even devouring larvae of their own kind to reduce competition for food. 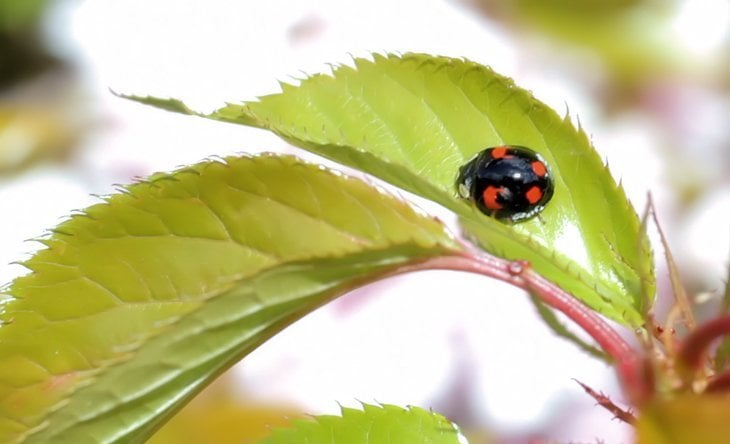 I garden organically, avoiding chemicals – and in return I am rewarded with visits from all kinds of insects (which keep each other in check) and these encourage other wildlife, especially birds. I hope you enjoy my pictures!